Are Mark Scrivens and Ning Surasiang Still Together? 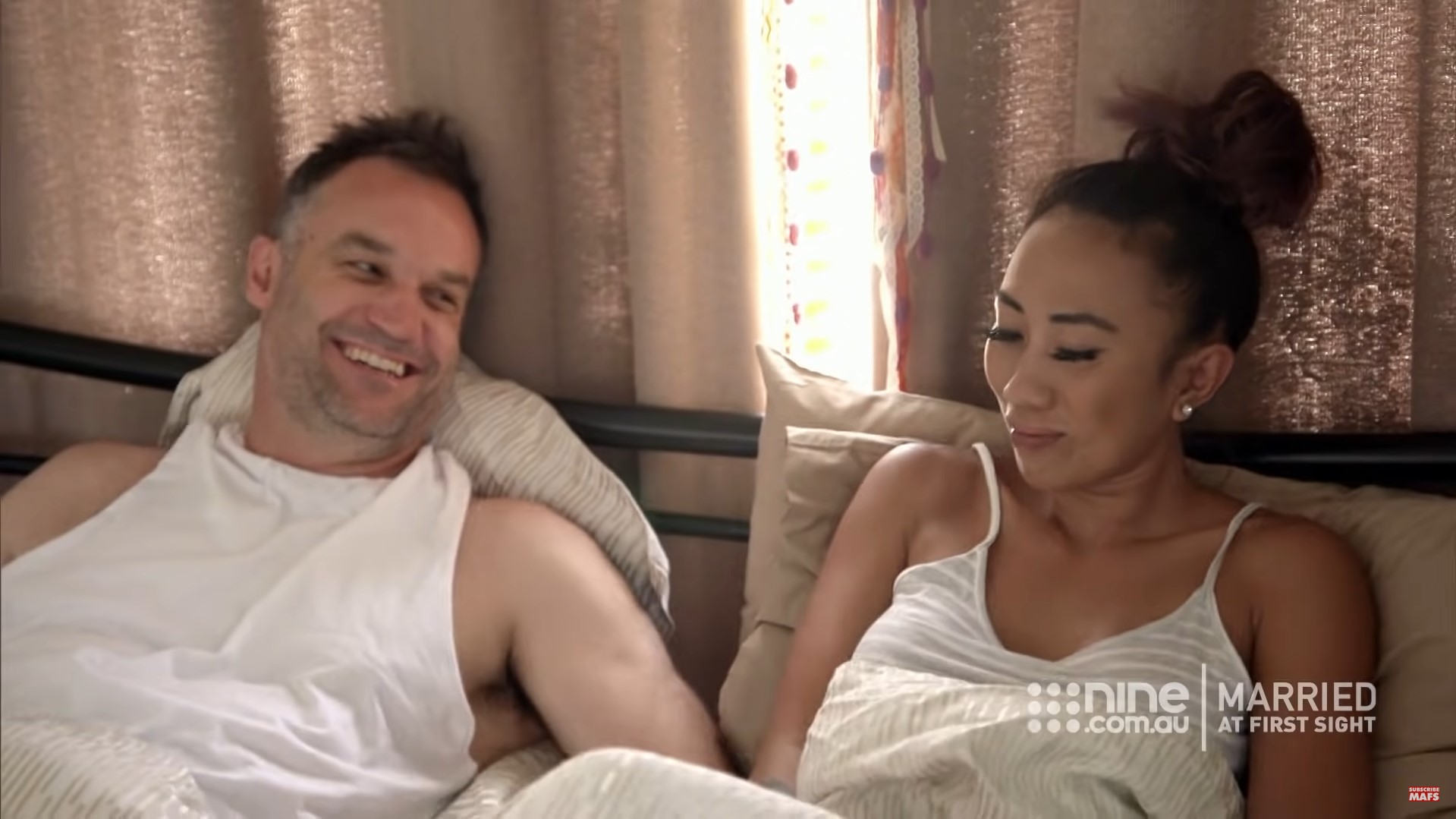 The best reality TV shows stand out for doing something dynamic and unorthodox, which has rarely been done before. ‘Married at First Sight,’ checks off all those boxes through its interesting premise, which marries off a couple at their first meeting. Relationship experts have their pick from a pool of singles from where they construct pairs they think will stand the test of time. These two people are married off on their first meeting and subsequently, go through a honeymoon before living together.

Ultimately, the pair decide if they want to separate or continue their life together. Ning Surasiang and Mark Scrivens appeared on season 6 of ‘MAFS: Australia.’ They had a rocky start to their marriage and even had to navigate challenging times while on the show. Now that the cameras are no longer trained on their lives, fans are anxious to know if the two are still together. Let’s find out, shall we?

Ex-army officer Mark Scrivens and hairdresser and mother of three Ning Surasiang met for the first time at the altar, where Ning joked that she was not there for marriage but just for the food and drink. Unfortunately, they did not seem very interested in each other and even got into an altercation during their honeymoon. They just could not see eye to eye on things which kept sparking minor fights between the two. The issues got so bad that Ning finally gave up on her patience and revealed that she did not want to carry on. 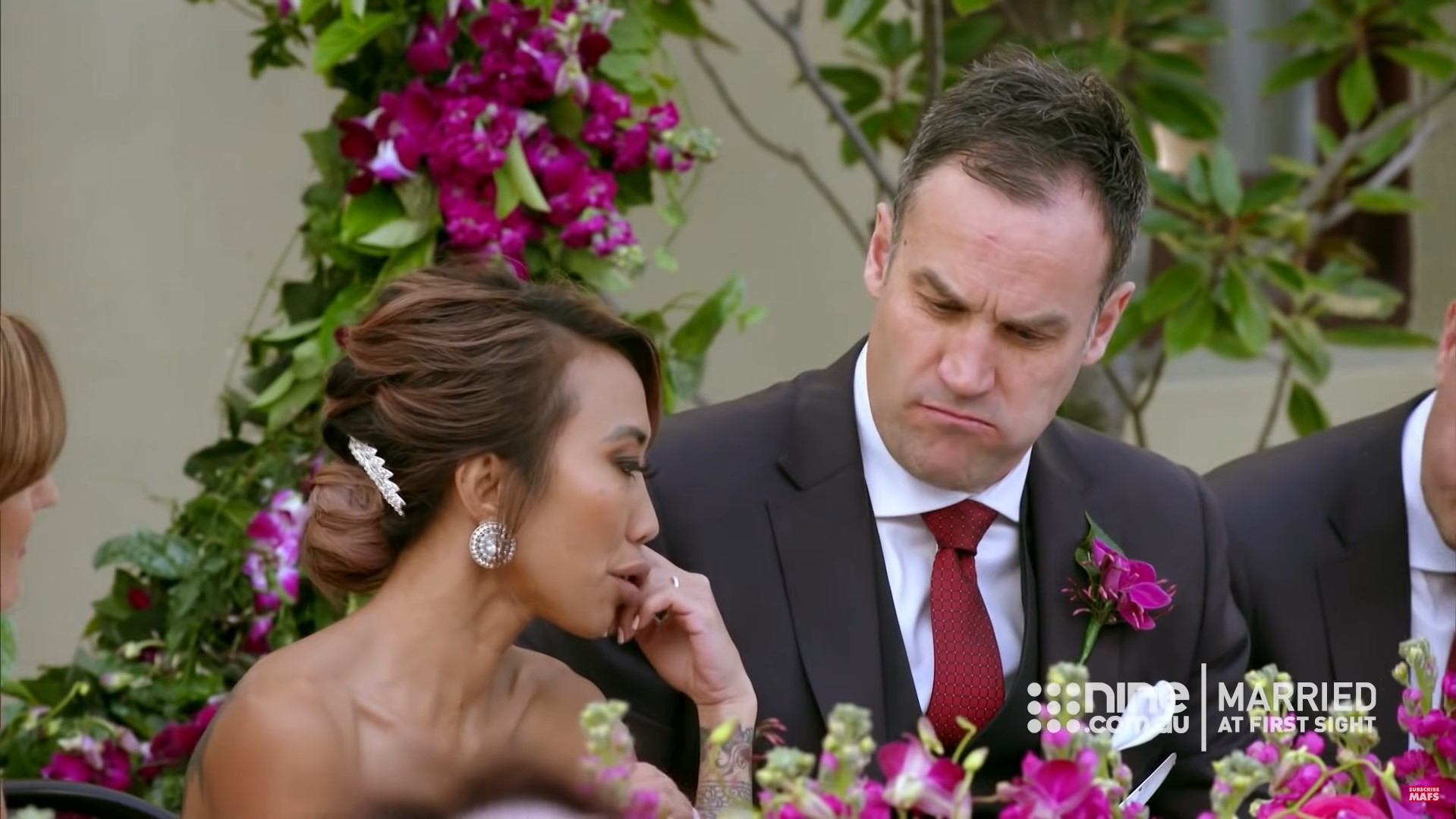 The revelation took Mark by surprise, who got around to understanding his own faults. He tried to make it up to his wife, and the two made considerable improvement in their relationship. However, minor issues like not paying enough attention and arguing about trivial things still crept up. In one instance, Mark and Ning were sharing an intimate moment which Ning interrupted to attend a phone call. Naturally, Mark felt hurt and alienated from his wife at that moment. However, the couple did share quite a few romantic moments during their time on the show. 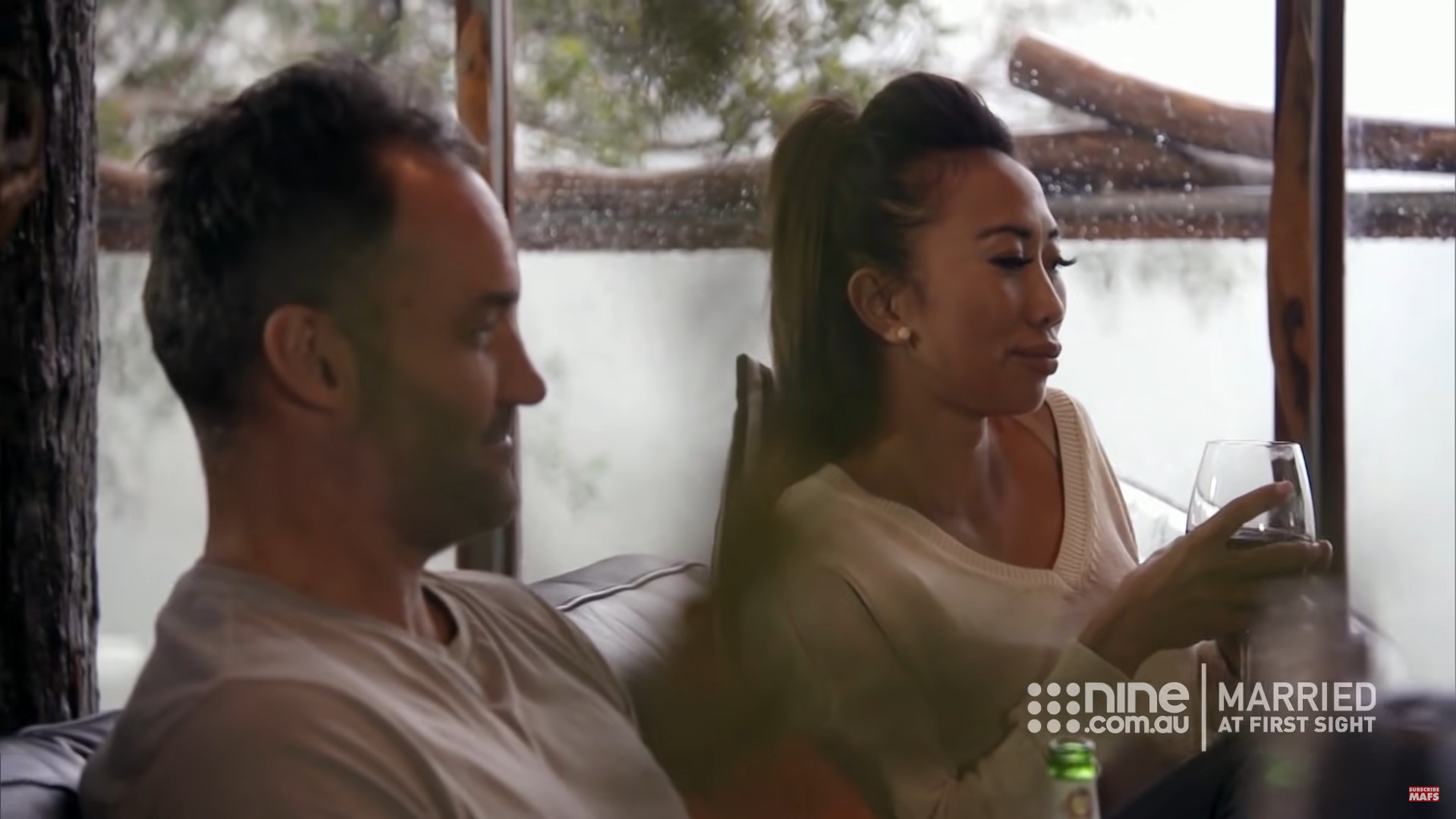 Speculations believed that the pair would not even make it to the final commitment ceremony. Still, they managed to reach the final day together, and towards the end, Ning came around to admitting her feelings for Mark and wanted to stay together with him. “I’m saying yes to you, yes to us and yes to continuing our journey together,” Ning said. However, in a sudden turn of events, Mark broke up with Ning during the final commitment ceremony, much to the surprise of everyone.

Are Mark and Ning Still Together?

No, Mark Scrivens and Ning Surasiang are not together anymore. The pair’s explosive breakup took place in front of the cameras and left both visibly affected. Ning was heartbroken as she felt like she had put effort into the relationship only to have it end so abruptly. Ning said that she felt betrayed, while Mark said he thought the two would connect better as friends and not husband and wife. Later, Ning hinted that the couple might have made up with each other after the show’s reunion.

Ning also expressed hopes about a future together with Mark when she told Hit 103.5’s ‘Carly & Seamus,’ “Look, anything is possible, and of course we still talk. I don’t want to give anything away, but women and men need to have some hope in their lives, and it’s not over until the fat lady sings, and hopefully I can become that fat lady one day.” However, even with rumors about them getting together and spending time since the reunion, Mark and Ning soon went their own separate ways.

Reports suggest that in August 2020, Ning started dating her present boyfriend, Kane Micallef. The two seemed happy, and Kane even met Ning’s three children. Even though Kane was often featured on Ning’s social media profile, his pictures seem to be surprisingly missing at present. The couple hasn’t posted a picture together lately, and with Kane’s profile set to private their current relationship status is unknown. However, we are certain that Ning is enjoying her life to the fullest, spending time with herself and her lovely family.

Moreover, Ning recently became a grandmother after one of her daughters gave birth to a baby girl. On the other hand, Mark found love again, this time with Bianca Chatfield, who is a reality star in her own right. Bianca is most known for appearing on the reality show ‘The Block.’ Mark and Bianca seem blissfully happy with each other and do not shy away from expressing their love on social media. It’s lovely to see both Ning and Mark recovering from their past and living happy lives, albeit separately.

Read More: Are Jules and Cam From Married at First Sight Still Together?