Are Ray Benzino and Althea Heart Still Together?

Primarily known as a rapper and music producer, Raymond Leon Scott or Ray Benzino found reality TV fame when he appeared on ‘Love & Hip Hop: Atlanta.’ In season 3 of the show, singer Althea Heart joined the cast as Benzino’s girlfriend, and the couple initially exhibited great chemistry. However, their connection soon entered troubled waters, and the pair appeared on ‘Marriage Boot Camp: Reality Stars 4’ in hopes of saving their relationship. Still, with recent developments bringing their relationship to the forefront, fans are curious to know if they are still together. Let’s find out, shall we?

Althea Heart was first introduced as Benzino’s girlfriend in 2014, and the couple seemed to be completely in love. They appeared together in the third season of ‘Love & Hip Hop: Atlanta,’ and fans were in absolute awe over their incredible chemistry. Besides, the couple also seemed quite dedicated to each other. The pair’s commitment to their bond was undeniable, and it was wonderful to witness them grow together. Theirs was a whirlwind romance, and within a few months of being introduced on reality TV, Benzino and Althea announced their engagement. 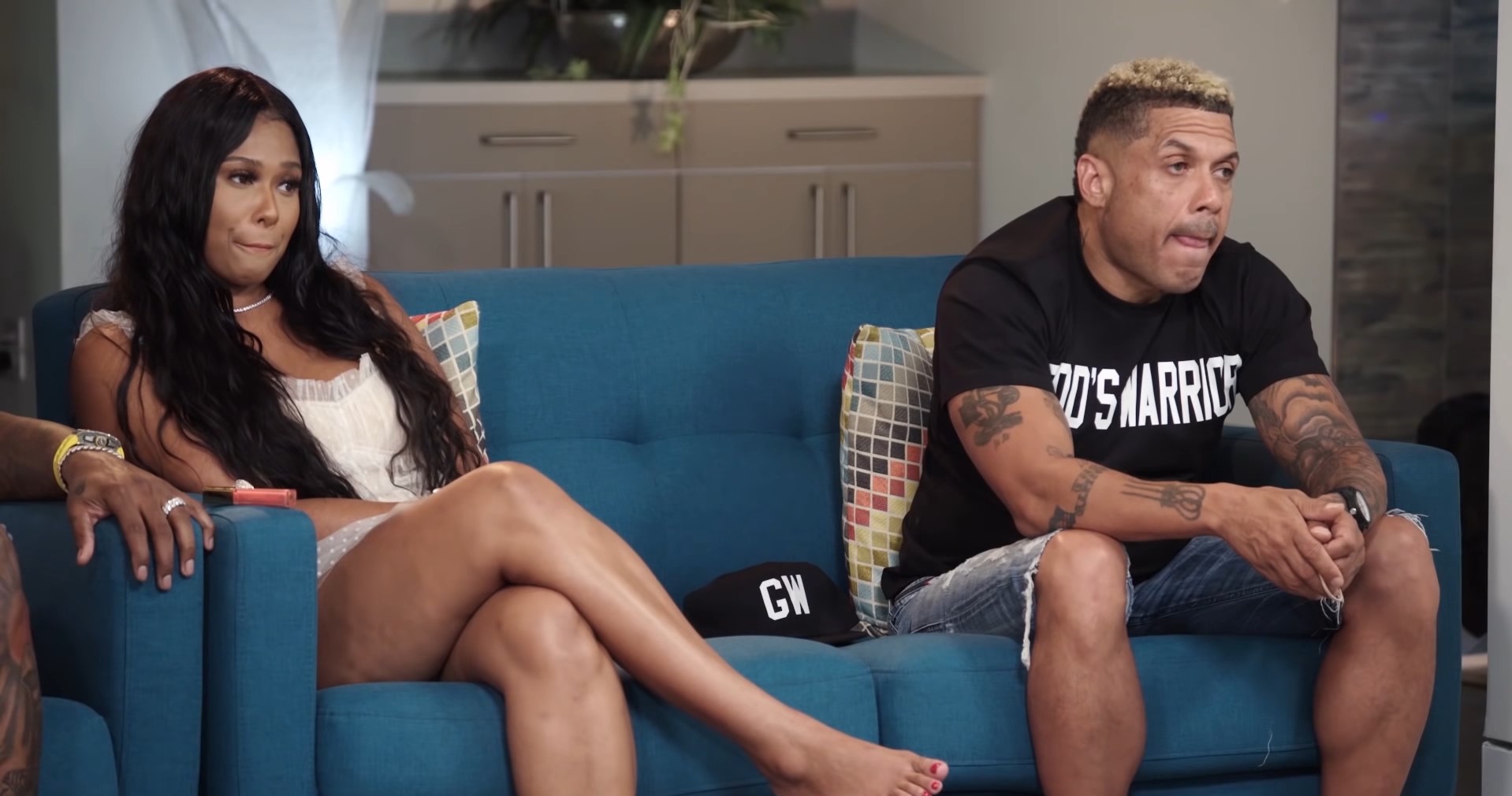 Fans were delighted to receive such news, but the happiness was short-lived as the couple soon ran into quite a few roadblocks. Soon, it became seemingly impossible for the two stars to see eye to eye. However, determined to make their relationship work, Althea and Benzino powered on through the rough patch. In 2015, Benzino and Althea had further good news as they announced the birth of their son, Zino Antonio Scott Jr., and people hoped that this would help them turn over a new leaf.

Unfortunately, the old issues prevailed, and the pair engaged in several public social media spats. Besides, reports in 2015 claimed that Althea had accused Benzino of abuse. Unfortunately, such developments led to their engagement being called off. Although the couple tried to save their relationship by appearing on ‘Marriage Boot Camp: Reality Stars 4,’ it was too late.

Are Ray Benzino and Althea Heart Still Together?

Ray Benzino and Althea Heart have called it quits and aren’t together anymore. Since reports of another spat in 2016, the two appeared to be in an on-again-off-again relationship. Nevertheless, in early 2018, it seemed like the pair were back on as Benzino posted a picture with Althea and even posted quotes from her upcoming song. Yet, on February 18, 2018, the police were called to their residence for a domestic disturbance, and reports claimed that Althea was arrested and charged with misdemeanor battery. Since then, the two have apparently stayed away from each other.

I got a Gummy Addiction 😆 pic.twitter.com/7RkM6hVS8Z

However, in 2020, Benzino allegedly got embroiled in an altercation with a man who was spotted with Althea. As per reports, Benzino allegedly got into a verbal argument with a man accompanying Althea in Braselton, Georgia. However, the reported face-off soon got out of control, and Benzino allegedly damaged the man’s truck with his fists. The report further claimed that although the rapper insisted on his innocence and claimed that the man had walked up to him before threatening to shoot, the police reportedly charged him with a count each of second-degree criminal damage and disorderly conduct.

Although both Benzino and Althea appear to be single at present, their relationship is seemingly a closed chapter. While Althea has embraced her motherly duties and loves spending quality time with her son, Benzino prefers to keep his personal life away from social media. Still, we wish them both the very best and hope they are successful in all of their future endeavors.