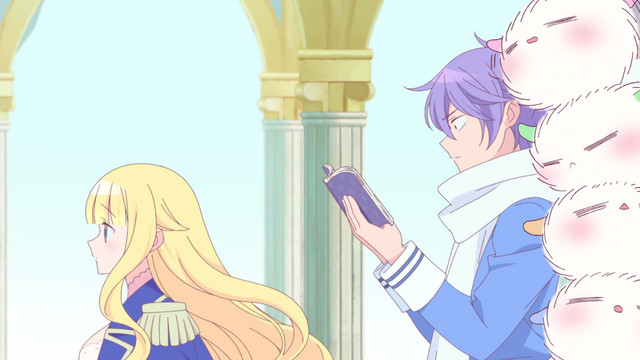 As Miss Beelzebub Likes (also known as Beruzebubu-jō no Okinimesu Mama in Japanese) is a comedy anime television series which is based on a manga series of the same name. Written and illustrated by matoba and published by Gangan Comics, the manga series was first published on July 10, 2015, and new volumes are being published to this day. The manga series was received well in Japan, and subsequently, a Japanese anime studio called Liden Films announced plans to adapt the manga into an anime television series. After a brief production period, Season 1 of As Miss Beelzebub likes premiered in Japan on October 11, 2018. It was an immediate hit among fans of the manga series and new viewers alike, and since then, fans have been waiting to hear news on a second season. Here’s everything we know about Season 2 thus far.

As Miss Beelzebub Likes season 1, consisting of 12 episodes, started airing on October 11, 2018 and ran till December 27 of the same year. However, in spite of the traction that it gained in Japan and abroad, a second season has not been announced by Liden Films yet.

That being said, there’s no reason to worry just yet. Anime shows are typically renewed within a period of five years and hence, there’s plenty of time left for Liden Films to announce a renewal. Additionally, since new volumes of the manga series are still being published, there’s more than enough source material to create a second season. Considering these factors, we think there’s a pretty decent chance of As Miss Beelzebub Likes being renewed for a second season. If that happens, our best guess is that As Miss Beelzebub Likes season 2 release date could be sometime in 2021. We’re keeping our ears open for news on Season 2 and we’ll update this section as soon as we hear something reliable.

The plot of As Miss Beelzebub likes is a fantastical one, but is hilarious nonetheless.

The show revolves around Beelzebub, the formidable and feared right hand of Satan. As Satan’s lieutenant, Beelzebub rules over a landmass known as Pandemonium, where angels-turned-demons work. She is both revered and feared in Pandemonium, but beneath Beelzebub’s formidable personality lies a secret known to very few – she is actually an airhead who loves all things cute and fluffy.

In this backdrop, the show traces the evolving relationship between Beelzebub and her new attendant, Mullin. While Mullin arrives in Pandemonium expecting to be under the capable command of Beelzebub, he soon discovers her true nature, and realizes that serving Beelzebub can be both heavenly and hellish, depending on the circumstances.

As Miss Beelzebub Likes has dozens of characters, and there are several who are central to the plot of the show. Below, we’ve provided you with brief backgrounds on the important characters in the show.

Beelzebub: The titular protagonist of the show, Beelzebub has the appearance of a young girl with long blonde hair and blue eyes. Beelzebub, a former Seraph, is shown to be Satan’s lieutenant but her life takes an unexpected turn when Satan disappears without explanation, leaving her to rule over Pandemonium. Yet, although Beelzebub is both revered and feared for being an intelligent and capable ruler, she actually has no separate interest in ruling and is doing so because she has no option. Meanwhile, in private, Beelzebub is a scatterbrained airhead who loves cute and fluffy things and dreams of becoming a big ball of fluff one day. Beelzebub also enjoys teasing her Head Attendant, Mullin, and frequently embarrasses him in public for her own amusement. However, later in the show, Beelzebub falls in love with Mullin after he saves her from a bunch of thugs. Yet, having had no experience with men, Beelzebub is shown to be unsure of her own feelings towards Mullin.

Mullin: The other main protagonist of the show, Mullin is a young male demon who works as Beelzebub’s Head Attendant. He has a liking for efficiency and wants everything to function smoothly and efficiently. Often, Mullin gets frustrated by Beelzebub’s behaviour, and although he reveres her for her leadership skills, he frequently scolds her for her silly antics. However, he is extremely attracted to Beelzebub and very protective of her. Mullin is also shown to have some tsundere characteristics, but is someone who becomes extremely embarrassed at any talk related to sex – in fact, other demons say that he has the “pure heart of a maiden”.

Belphegor: Another important character in the show, Belphegor is a young female demon who has severe social anxiety. As a result, Belphegor is extremely scared of pretty much anybody, and the only person she is comfortable with is Beelzebub – Belphegor can often be seen running to her and hiding behind her back. Further, Belphegor also has a nervous bladder and needs to urinate whenever she gets too anxious. Thus, she can also be seen running to the washroom pretty frequently. Belphegor also has a crush on Azazel, and gets extra nervous when she is around him.

Azazel: A tall and muscular male demon, Azazel appears to be an extremely serious and grim demon, but is actually very friendly and kind. Like Beelzebub, Azazel secretly likes cute things and has a special liking for stuffed animals, so much so, that he collects stuffed toys and keeps them in his room. Further, Azazel can also stitch and is adept at making stuffed toys, and he is frequently asked to do so by Beelzebub. Azazel is also shown to have a crush on Belphegor and hates the fact that she is afraid of his appearance. Hence Azazel takes various efforts to appear to be less scary.