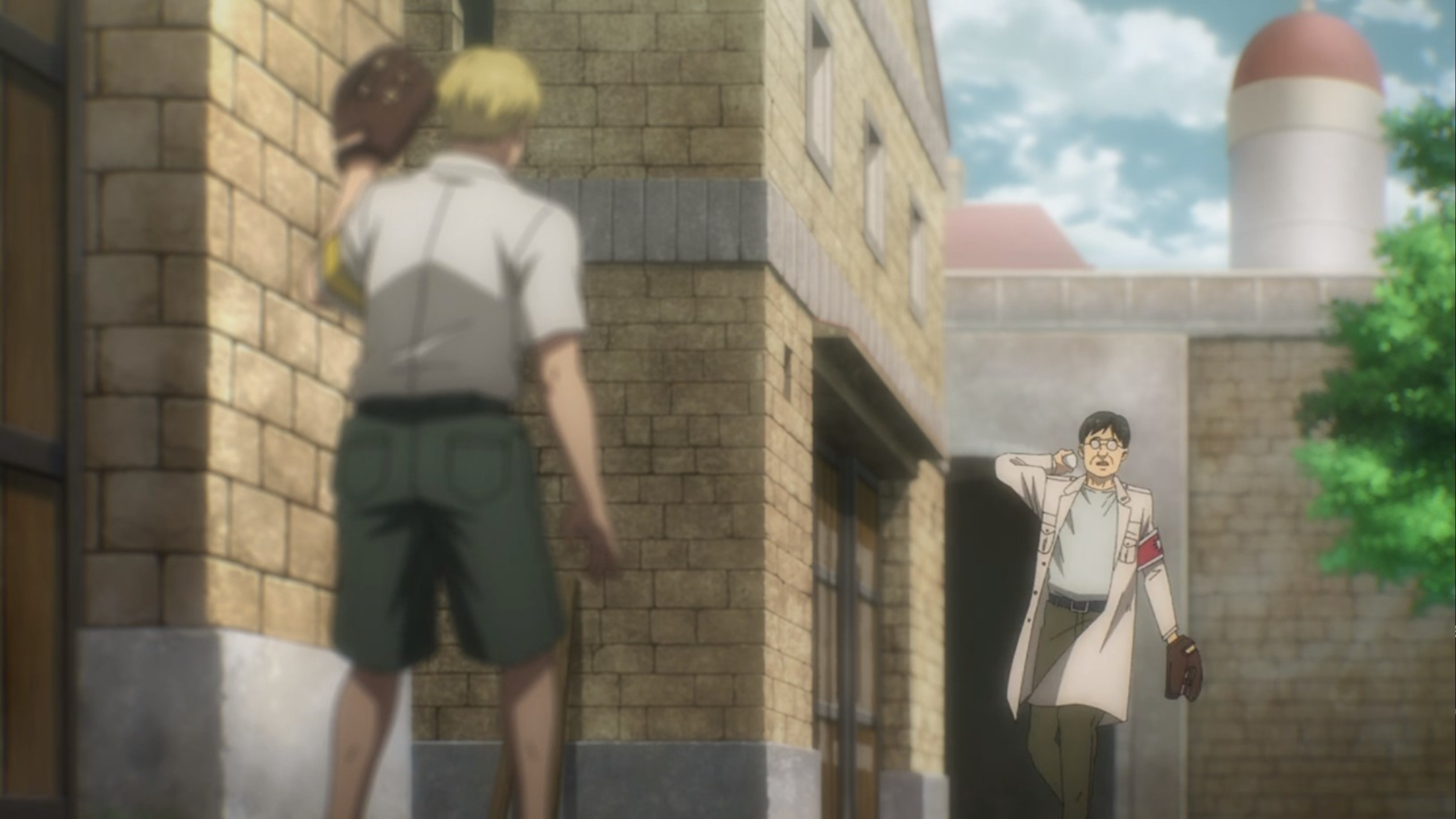 ‘Attack on Titan’ season 4 has thus far been focused on Eren and his newfound rebellion, but the spotlight is now on Zeke. The Jaeger half-brothers are definitely conspiring to obtain the true power of the Founding Titan. However, in episode 15, we actually get to learn about all the incidents that have made Zeke the man he is today. Plus, there’s that explosive ending that we need to discuss as well. So, let’s get right to it, shall we? SPOILERS AHEAD.

In episode 15, we finally see Eren approach his friends to talk about the current situation. Acting of his own free will, Eren makes it clear that Yelena has not manipulated him. But he feels that Armin is being controlled by memories of Bertolt and Mikasa by her “instinctive need” to protect her “host” as an Ackerman. After a physical altercation between the two boys, Eren essentially takes Armin, Mikasa, and Gabi hostage and asks for Zeke’s location.

The group then prepares to go to Shiganshina District. Owing to the wine, Zeke is able to transform all of Levi’s comrades into Pure Titans, putting Levi in a tight spot. Zeke tries to escape captivity, but the formidable Levi slays his men before chasing the former Marleyan War Chief. Despite turning into the Beast Titan, Zeke is not able to assure his victory, and Levi binds him with a thunder spear. Consequently, we get to learn more about Zeke’s history in episode 15, especially with the help of flashbacks.

From Zeke’s upbringing as an Eldian in Marley to his time as a Warrior Candidate, we finally understand what makes the man tick. After all, Grisha’s not the father of the year when it comes to Zeke since the former has been so occupied with the Restorationists movement. One day, a young Zeke runs into Tom Ksaver, the Beast Titan, and plays a game of catch with him. Following this, the former heads home and finds that Grisha’s plan relies heavily on his abilities as a Warrior Candidate, further putting undue pressure on Zeke.

As Grisha grows more disappointed with Zeke, Ksaver takes on the role of a father figure for him. This is why, when Zeke tells Ksaver the truth about his parents and their apparently salacious activities, the latter tells Zeke to report them to the authorities. The rest, as we all know, is history. Following this incident, a grown-up Zeke still plays catch with Ksaver, who is nearing the end of his tenure as the Beast Titan.

In a candid conversation, Ksaver reveals that 600 years ago, a pandemic ravaged Earth. But it mysteriously disappeared from the Eldian empire, leading the researcher to believe that the King modified the bodies of the people using the power of the Founding Titan. Ksaver, an Eldian, also reveals his emotional baggage – his Marleyan wife, on finding out about his true identity, slit her throat and died by suicide. She also inflicted the same fate on their child. Ksaver breaks down crying and wishes that he was never born in the first place.

The afore-mentioned fact, combined with Zeke’s own experiences, makes the Warrior Candidate sure that euthanization is the only way to solve Eldians’ problems. Ksaver then tells Zeke that the combination of the Founding Titan and a titan of royal blood can break the King’s vow. From this point on, we see that Zeke then went on to inherit the Beast Titan, and he eventually found out that his half-brother, Eren, possesses the Founding Titan and that Grisha had survived after Zeke ratted him out.

Zeke actually approached Eren in a Marleyan hospital, and after a brief conversation, Eren stated that he was on board with the plan. Coming back to reality, Levi is transporting Zeke so that he can be devoured by someone from Paradis. However, Zeke detonates the thunder spear, leading to a massive explosion. This naturally makes one wonder if Zeke and Levi will survive. After all, they are at the very epicenter of the blast. While it is tempting to believe that Zeke and Levi have died, along with their rivalry, it seems highly unlikely that this will be the case. 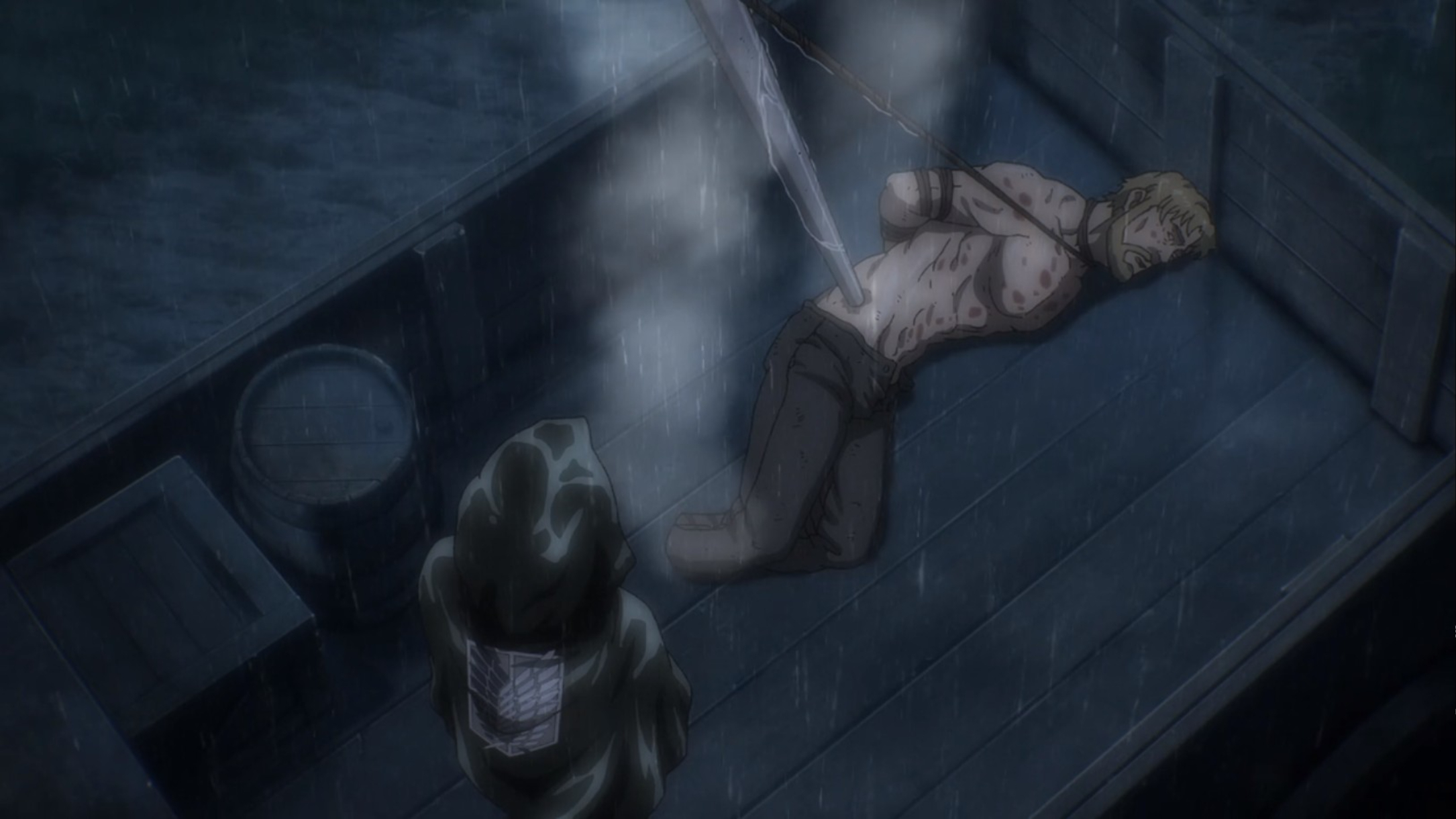 Firstly, they are two major players in ‘Attack of Titan,’ and removing such primary characters in this fashion is almost a disservice to them. But more importantly, we need to refer to the eponymous manga to get some more concrete answers. It seems almost impossible that either Zeke or Levi could have survived this blast. However, it turns out that neither of them has run out of luck completely. Zeke is actually rescued by a titan who then “keeps” him in its stomach. While he does sustain physical injuries, Zeke survives due to Ymir essentially healing him.

Levi, on the other hand, witnesses no such divine intervention, but his good ole’ friends always have his back! Levi, too, is in a deplorable condition (to say the least) in the wake of the blast. Having said that, though, Hange comes across his battered body and tells the Jaegerists that Levi is dead; but this is a ruse. Since Zeke reemerges unscathed, he is unintentionally able to provide Hange with a distraction, who then uses the opportunity to escape Eren’s crazed followers with Levi. 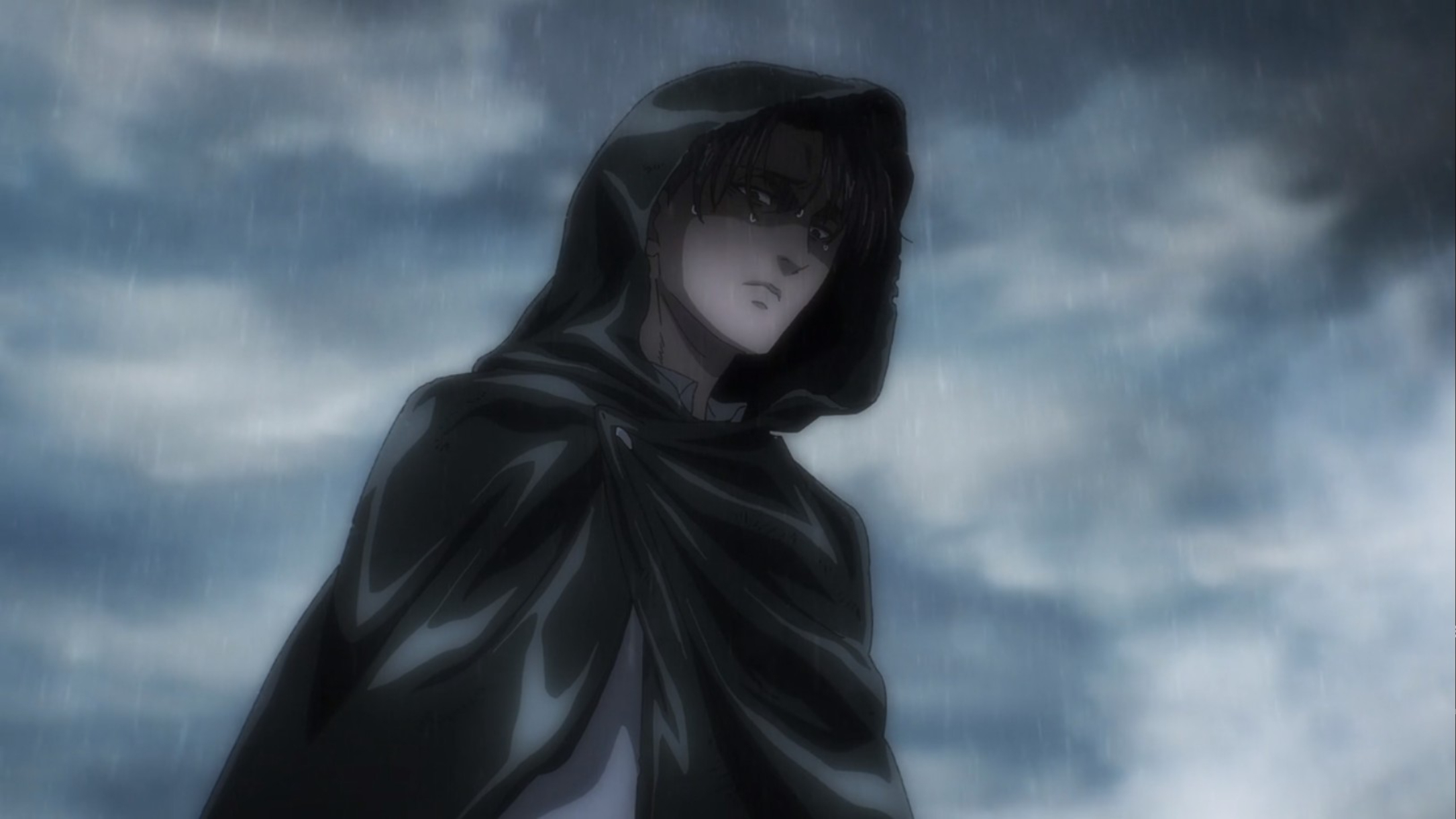 While we know that Zeke is okay, Levi’s future is quite uncertain. However, given the content of the manga (that the show follows closely) and the fact that we have yet to witness the final showdown between the two rivals, it seems as though Levi will not perish just yet. He still has some unfinished business with Zeke, who, in turn, still needs to unlock the powers of the Founding Titan with his half-brother, Eren.

Read More: Will Eren Yeager Die in Attack on Titan?