Is Anabela Ysidro-Campos Based on Alexandria Ocasio-Cortez? 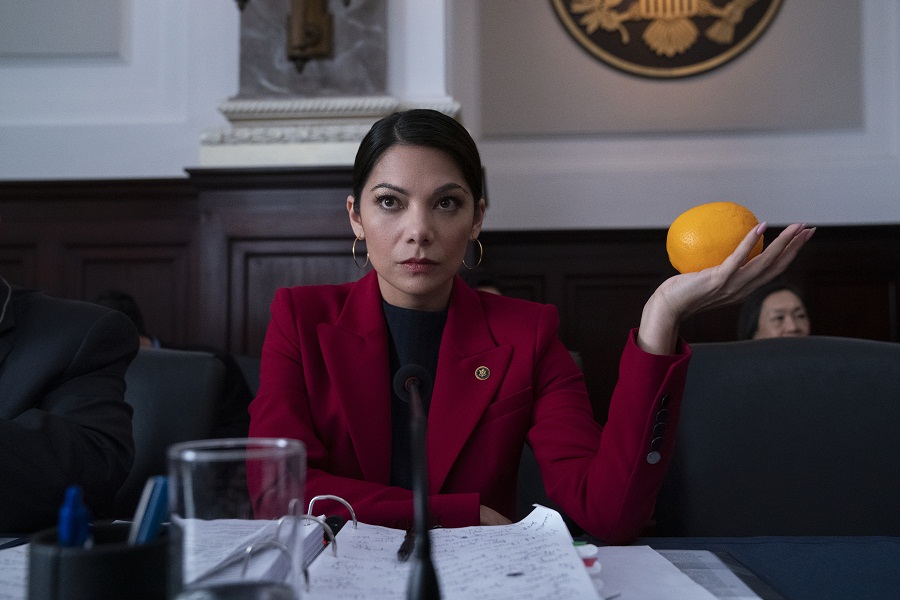 Netflix’s ‘Space Force‘ is based on the United States military branch of the same name. It stars Steve Carell as General Mark Naird who is assigned to head the division and get “boots on the moon by 2024.” He tries to balance this huge professional change with his personal life, but there are many odds against him. Of his many challenges, one is to convince the administration that he is on the right track while also convincing the Congress that his job is a necessity. One of his most vocal dissenters is Congresswoman Anabela Ysidro-Campos. She is witty and sarcastic and feels very much like a well-known personality. Is she inspired by a real Congresswoman? Who is AYC based on? Here’s the answer.

Is AYC based on AOC?

Yes, Ginger Gonzaga’s role of Congresswoman Anabela Ysidro-Campos is based on a real politician, Alexandria Ocasio-Cortez. There are undeniable similarities between them, and the moment AYC appears on the screen, you know who it is from her persona, manner of speech, and political stance. She is wary of the new military division and causes a lot of trouble for General Naird by keeping him on the toes all the time. In the congressional hearing for the budget of Space Force, she grills him about unnecessary expenditures and why she shouldn’t be spending that money on food stamps for her constituents. A similar outlook is adopted by Alexandria Ocasio-Cortez.

Who is Alexandria Ocasio-Cortez?

Alexandria Ocasio-Cortez is the US Representative for New York’s 14th Congressional district. At the age of 29, she became the youngest woman ever to serve in the Congress. She is known for her stoic stance and fiery speeches on several issues, and uses social media to voice her opinions.

A member of the Democratic Socialists of America, AOC has always advocated progressive reforms. She is in favour of policies like Medicare for All, the abolition of ICE, free public college and trade school, and a federal jobs guarantee. She is also in the favor of the cancellation of all outstanding student debt, and has proposed the 70% marginal tax rate for income above $10 million, which would fund the Green New Deal. She has also pushed for gun-control policies, and formulating a policy that would increase reliance on renewable energy.

The folks writing checks for a new Space Force are the same ones asking “how are you going to pay for” public college or healthcare.

This is the richest country in the world. Our problem isn’t a lack of money. It’s a lack of good priorities.

And that is something we can change. https://t.co/BGXPbdlGjC

Unlike the show, however, she has not yet received a satisfactory explanation to quell her questions.