Bao Huong Hoang and Johnny Lam From Married At First Sight: Everything We Know 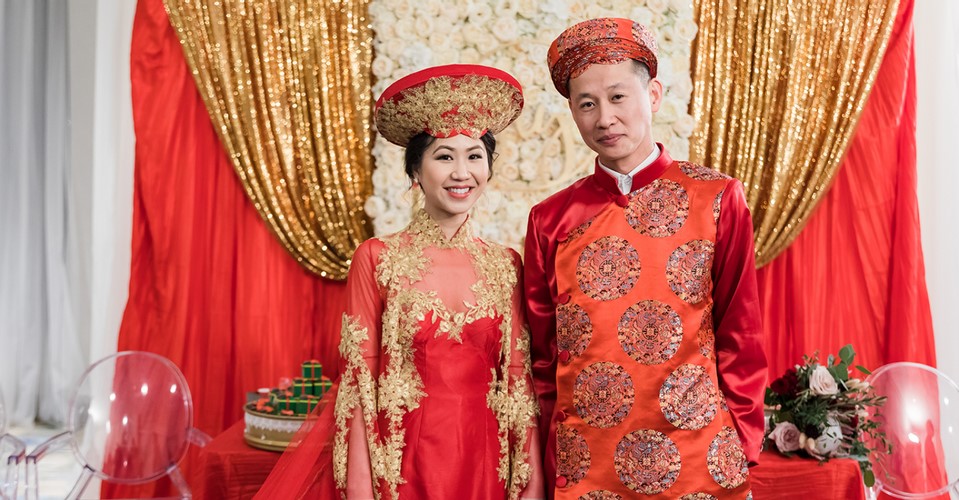 With a novel premise, ‘Married at First Sight’ stands apart from most other dating reality TV shows. In the show, relationship experts use their experience to make pairs from a pool of singles who have never met each other. The matched-up couples meet for the first time at the altar, where they are married to each other. They are then sent on a honeymoon before being given some time to live like a typical married duo. However, the final decision to stay or separate always rests with the two.

It is interesting to see how people who know nothing about each other try and make a relationship work just for love. Bao Huong Hoang and Johnny Lam are a couple featured on season 13 of the long-running show. With them being the show’s first Asian couple, fans are eager to know more about the two. Well, here’s everything we know about Bao and Johnny.

Everything We Know About Bao Huong Hoang

Born and brought up in Texas, Bao Huong Hoang is of Vietnamese descent. Her parents, both refugees from Vietnam, brought her up in a loving home, and Bao still maintains a close bond with them. She holds them responsible for all the success she achieved in her life and even believes that her family values will go a long way in helping her settle down with Johnny. However, Bao did reveal that she did not inform her parents about her ‘MAFS’ involvement as they might disapprove of the idea.

In 2011, Bao entered MD Anderson Cancer Center as a Senior Data Systems Coordinator and quickly climbed through the ranks to hold the prestigious position of Administrative Director of Protocol Research since mid-2019. However, Bao has not been so lucky when it comes to her love life. She revealed that she had “gotten close to marrying almost three” of her former beaus before the relationships broke down. Bao also mentioned that she was opposed to the idea of marriage until she turned 30.

Now, the 36-year-old is ready to settle down and wants to find a life partner who will be fun and family-oriented. She also wants someone who will perfectly balance her meticulous lifestyle and help curb her seriousness. Another concern Bao has is her popularity in the Asian community and how she might be familiar with her partner if she is matched with an Asian. Still, she is ready to put all her worries aside to give herself a fair chance to find love.

Everything We Know About Johnny Lam

Johnny Lam is a native of Houston and was born and brought up alongside his sister by a single mother. He always prioritizes his family and is willing to go above and beyond for his loved ones. Additionally, Johnny has mentioned that his parents’ divorce gave him second thoughts about marriage. Still, he decided not to get affected by it and wanted to have his own shot at being happy. Although Johnny is picky and meticulous about his life, he has an extremely outgoing personality and loves having fun, which would make him a fantastic match for Bao.

At 35 years of age, Johnny is now employed as an Information Technology Project Manager. He earned a Bachelor’s Degree of Science in Advertising from the University of Texas at Austin before entering the professional field as a Senior Claims Adjuster for Progressive Insurance. Johhny has also held prestigious posts of an Operation Analyst at Shell and a Senior Associate in the Macquarie Group. In 2015, he joined Musket Corp. as a Business Analyst before getting promoted to an Information Technology Project Manager in early 2021.

Johnny is highly private when it comes to his personal life and hasn’t revealed much in the public sphere. With his social media accounts set to private and no reports on his dating life, it is unclear if Johnny has had past relationships. However, he did mention that he wants to marry only once and is waiting for the perfect partner. We wish both Johnny and Bao the very best and hope they remain happy in the years to come.

Read More: Is Married At First Sight Real or Fake?