Is Barkskins a True Story? 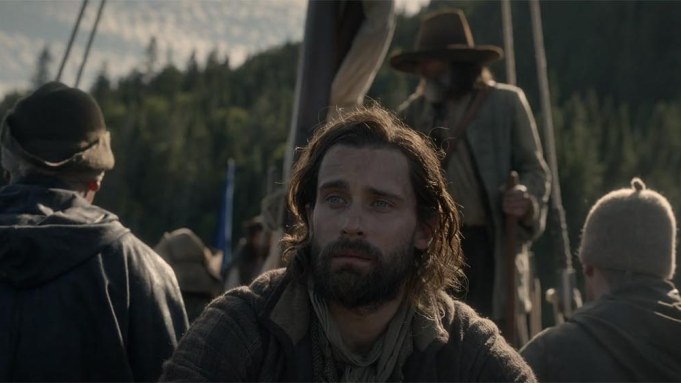 ‘Barkskins’ is a National Geographic series with a breathtaking historical scope that transports viewers back in time. The beautifully-shot series is one whose story spans several years and makes viewers really see how a familiar place looked politically and socially very different from the one that can be observed today.

The series tells the story of how vast areas of North America went through heavy deforestation due to European colonization. The series follows a couple of immigrants, René Sel and Charles Duquet, and the experiences of their descendants in the brutally unforgiving territory of New France.

Is Barkskins Based on a True Story?

No. ‘Barksins’ is not based on a true story. It is an adaptation of the novel of the same name by award-winning author Annie Proulx. However, the story is quite grounded in historical reality. One can compare Proulx’s style in ‘Barkskins’ to that of Salman Rushdie. A multi-generational tale set in multiple time periods is presented with a central theme.

Rushdie’s themes generally tend to be around post-colonialism, and similar themes are also observed in ‘Barksins.’ However, the prevalent theme of Proulx’s story is environmental damage and how European colonization, expansion, and industrialization led to large-scale deforestation in North America, specifically New France. “It’s the character. … It’s the underpinning of life. Everything is linked to the forest. This is but one facet of larger things, like climate change and the melting of the ice. So deforestation is part of a much, much larger package,” Proulx told NPR.

France was one of the leading European colonial powers. However, it arrived rather late in North America, the New World. Hence, the country’s attempt to gain control of a notable portion of land in the continent was not the smoothest. “From the founding of Québec in 1608 to the ceding of Canada to Britain in 1763, France placed its stamp upon the history of the continent, much of whose lands — including Acadia, the vast territory of Louisiana and the Mississippi Valley — lay under its control” (source).

The central characters are indentured servants of “seigneurs” who are contracted to work in a certain portion of land in New France. “The principal regulation granted a person, who thus became seigneur, a parcel of land that was to put into production, either directly or through concession to habitants who requested land. Portions of the seigneur’s land were usually leased on the basis of a duly notarized contract… He [the seigneur] also usually granted hunting, fishing, and woodcutting licenses”

Furthermore, another interesting thing that is seen in the story is how young French women were sent to New France along with the indentured servants so that the gender imbalance can be corrected. These women came to be known as “Filles du Roi” or “daughters of the king.” “Unmarried women sponsored by the king to immigrate to New France between 1663 and 1673. Private interests gave priority to bringing over male workers, and the French government and religious communities wanted to correct the gender imbalance in the colonies”

Apart from the settlers, the native population and their conflicts with the colonizers are also depicted. There were also attempts to convert the indigenous population to Catholics. “In the early days of French expansion (1608–59), there had been two major differences between France and New France. The most significant one was that the small Catholic community of New France lived side by side with the Indian nations. Although the Indians vastly outnumbered the French, it was then believed that the Indians could become part of the overall Catholic community by way of religious conversion”

Another source of conflict in ‘Barkskins’ is the tension between Great Britain and France: two competing European colonial powers. The English, who had already arrived in North America wished to drive the French away as the European nations were involved in a fierce competition for territorial control all over the world in that era. New France became one of the many theaters of this on-going conflict as well. Eventually, the French would lose to Britain. “But in what now became the province of Quebec more than 60,000 French Canadians became British subjects,” according to Britannica.

Read More: Where is Barkskins Filmed?