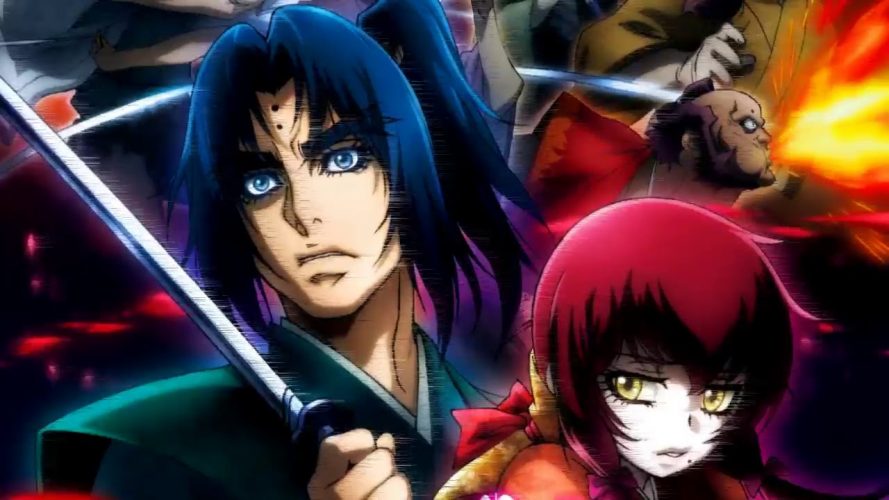 Basilisk (also known as Bajirisuku ~Kōga Ninpō Chō~ in Japanese, which literally means “Basilisk: The Kōga Ninja Scrolls”) is a historical fantasy anime television series which is based on a manga series of the same name. Written and illustrated by Masaki Segawa, the manga series is based on a 1958 historical fantasy novel called The Kōga Ninja Scrolls by Fūtarō Yamada. The series is pretty old and began serialization in the Young Magazine Uppers magazine on February 4, 2003 and it came to an end on June 15, 2004. A year later, famed Japanese anime studio Gonzo announced plans to adapt it into an anime television series, and Season 1 of Basilisk, titled Basilisk: Kouga Ninpou Chou, premiered on April 13, 2005 and ran till September 21 of the same year.

Years later, a two-part sequel to the original novel, titled The Ouka Ninja Scrolls: Basilisk New Chapter, was published in 2015 and a manga adaptation of the novel, titled Basilisk: The Ouka Ninja Scrolls began serialization in 2017. Subsequently, another famed Japanese anime studio called Seven Arcs Pictures announced plans to adapt this new manga series into an anime television show, and Season 2 of Basilisk, titled Basilisk: Ouka Ninpou Chou, premiered on January 9, 2018. While Season 2 wasn’t as big a hit as Season 1, it still generated a significant amount of interest, and fans have been waiting to hear news on a third season since then. Here’s everything we know about the prospects of Season 3 thus far.

Basilisk Season 3 Release Date: When will it premiere?

Basilisk season 2 premiered on January 9, 2018 and ran for 24 episodes till June 19 of the same year. In the time that has elapsed since then, a third season has not been announced and it remains to be seen whether Basilisk will get a third season.

If you’re hoping for a third season of Basilisk, then there’s no reason to get worried just yet as anime shows sometimes take a few years to renew and there’s plenty of time left for a third season to be announced. That being said, there’s also a chance that Basilisk might not get renewed for a third season. When Season 2 released, fans were thrilled, but this initial excitement soon turned to dismay – Season 2 failed to live up to the standards set by Season 1, both in terms of quality of animation and storytelling, and thus fans were not very pleased with it. While some are still hoping for a third season, the reality is that Season 2 failed to make the impact Seven Arcs Pictures had hoped for, and this poor performance might become the reason for a third season being ruled out. However, in the anime industry nothing can be said for certain, and we will have to wait for an announcement by Seven Arcs Pictures to be sure about what fate awaits the show. In the unlikely scenario of the anime getting renewed, our best guess is that Basilisk season 3 release date could be sometime in 2021. We will update this section as soon as we hear more.

The English dubbed version of ‘Basilisk’ is available on Funimation and Amazon Prime.

Basilisk is set in late 16th century Japan, in the Azuchi-Momoyama period, and follows tensions between two clans – the Iga Tsubagakure and the Kouga Manjidani – over two generations.

The first season of the show starts off on the backdrop of an uneasy peace between the two clans, which had been at war with each other for centuries. Years after this peace, the heir of the Kouga clan, Gennosuke Kouga, and the heir of the Iga clan, Oboro Iga, fall in love with each other, and hope to end the bitterness between their two clans once and for all through marriage. However, their hopes are shattered when the two clans are forced to face each other on the orders of a powerful warlord. Torn between their love for each other and their duty to their respective clans, Gennosuke and Oboro are left to decide the fate of their clans.

The second season takes place 10 years after the events of the first season and is again set in the backdrop of an uneasy peace between the Iga and Kouga clans. In this backdrop, the second season focuses on the blossoming romance between the new heirs of the two clans – Hachirou Kouga and Hibiki Iga. However, their love for each other is tested when new tensions arise between the two clans. With war looming on the horizon, Hachirou and Hibiki, like their forefathers, again have to choose between their love for each other and their duty towards their respective clans.

Over the two seasons which have aired thus far, Basilisk has had dozens of characters. Below, we’ve provided you with brief descriptions of the protagonists of each season.

Gennosuke Kouga (Season 1): The male protagonist of Season 1, Gennosuke is heir to the Kouga clan and the definition of an honourable warrior. After he falls in love with Oboro, he tries his best to win her admiration and welcome the Iga clan as family. However, Gennosuke’s good intentions are put to the test when the Iga plot against him and start picking off his clansman one by one.

Hachirou Koga (Season 2): The male protagonist of Season 2, Hachirou is the new heir to the Kouga clan who is in love with Hibiki Iga, the heir of the rival Iga clan. Hachirou is shown to be a rational thinker and most of the time he appears to be the only voice of reason in the Kouga clan.

Hibiki Iga (Season 2): The female protagonist of Season 2, Hibiki is the heir of the Iga clan and is madly in love with Hachirou. While Hibiki appears to be beautiful and dainty, her looks are deceiving, and she is an extremely skilled warrior.