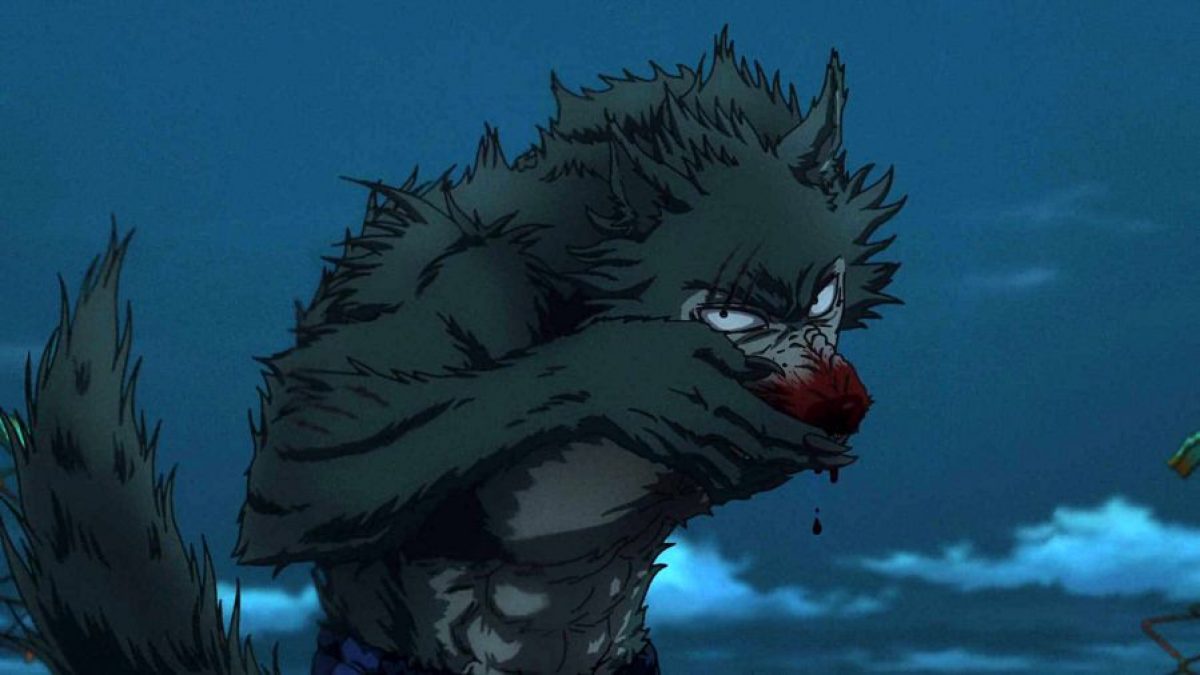 Based on the Japanese manga series of the same name written and illustrated by Paru Itagaki, ‘Beastars’ is a shounen drama TV anime. It is a modern-day parable that addresses issues like xenophobia, human nature, and the perpetual search for unity in diversity. It is set in a modernized world inhabited by anthropomorphic animals. The biggest issues that plague this society are the cultural and behavioral divides between the herbivores and carnivores.

The story predominantly revolves around a grey wolf named Legoshi, a red deer named Louis, and a white dwarf rabbit named Haru and the complex relationships they have with each other. The characters’ actions in season 1 carry forward in the second season and set them in their respective paths. Here is everything you need to know about ‘Beastars’ season 2 ending. SPOILERS AHEAD.

After defeating the Boss Lion of the notorious Shishi-Gumi gang and rescuing Haru, Legoshi has grown really close to her. Meanwhile, Louis’ insecurities have only increased due to his failure to protect his girlfriend, Haru. Seeking both revenge and death, he kills the Boss Lion, desperately hoping that Shishi-Gumi will kill him in turn. Instead, Ibuki, the second-in-command of the gang, comes up with an extraordinary plan that can potentially make them the most prominent outfit in the black market: they will make the red deer the leader of their gang. As he predicted, Shishi-Gumi experiences an unprecedented rise under Louis’ command and starts to control every type of illegal business in the black market. 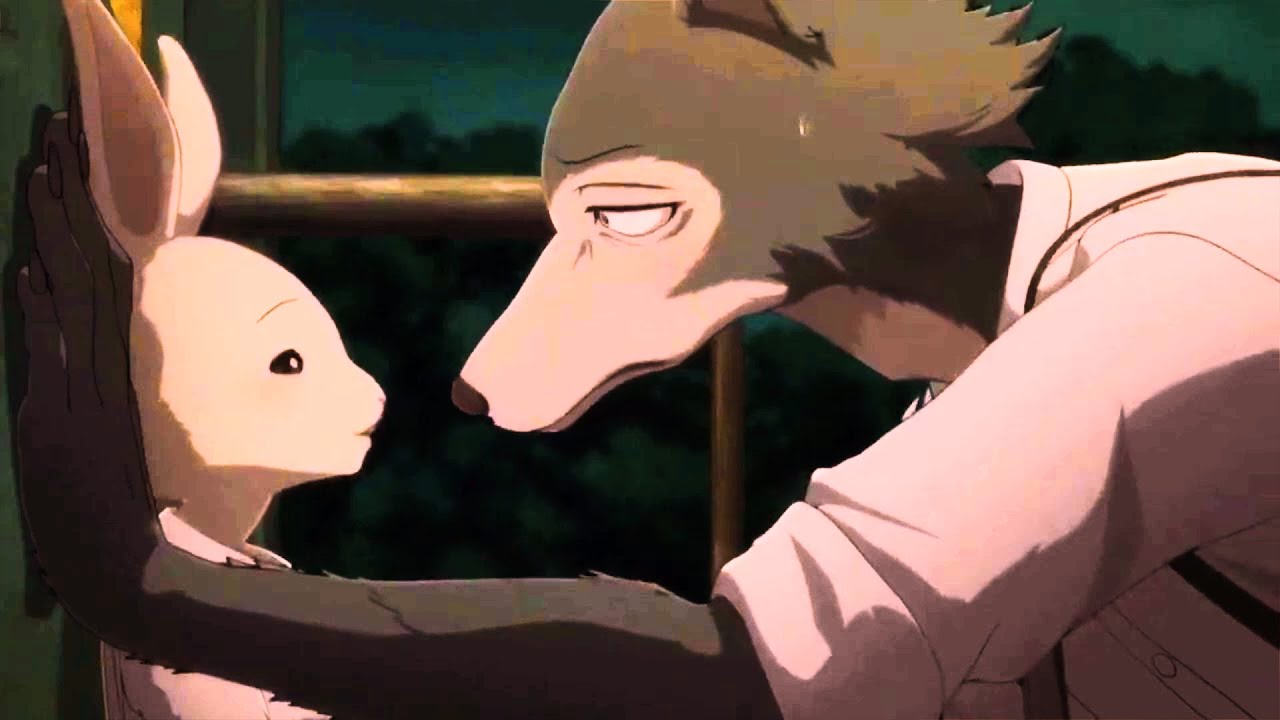 At Cherryton Academy, Legoshi meets the school’s only security guard, Rokume, the rattlesnake, who asks Legoshi to find Rem, the alpaca’s killer. As he begins investigating, the killer realizes his intentions and ambushes him. Although Legoshi doesn’t see their face before he is blindfolded, he manages to bite into the killer’s mouth to remember the taste of their saliva. Realizing that he needs to train before the inevitable next confrontation with the killer happens, Legoshi reaches out to Gouhin, the physician and therapist who works with the carnivores in the black market.

Riz, a brown bear and a member of the drama club, killed Tem. Legoshi finds out the truth by comparing the taste of the killer’s saliva to that of every carnivore member of the club. Tem was part of the club as well. And he and Riz grew quite close. Riz goes to extreme measures to depict himself as harmless to others. And it works on most. But according to him, Tem was the first person that saw through his façade and recognized his true strength. Riz started to feel that he could be his real self around Tem and developed romantic feelings towards the alpaca. 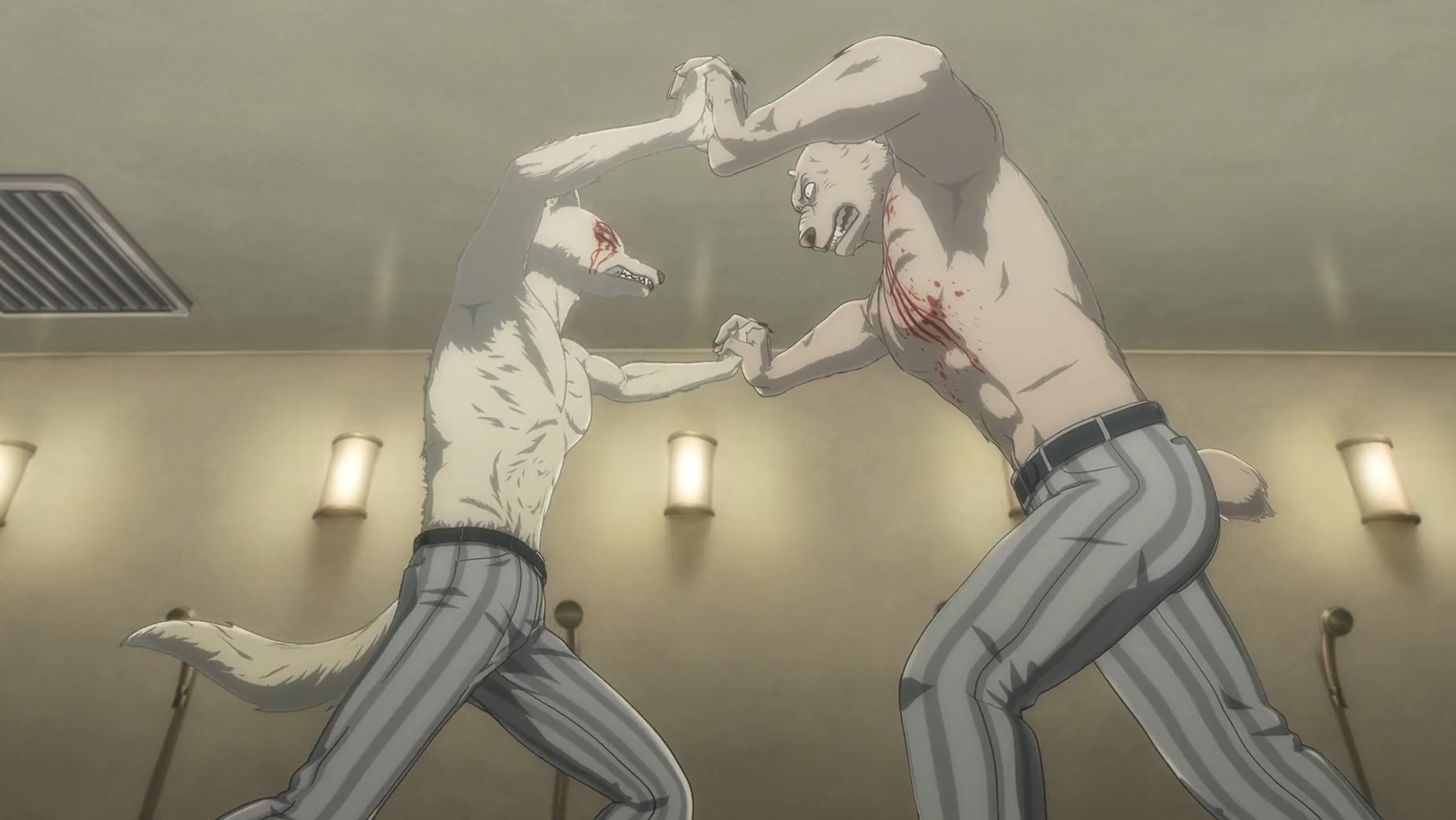 Bears that are over 2 meters tall are required to take a special medicine that decreases their brute strength, but it causes a severe headache as a side effect. Nothing works on it except for honey. As Riz grows close to Tem, he ardently starts to believe that their connection transcends social and behavioral barriers between two individuals who are supposed to be the prey and the predator. Rez stopped taking his medicine, and then one evening, he meets Tem alone and devours him. He deludes himself by believing that Tem wanted him to eat him. He believes that his actions and Tem’s apparent sacrifice are the ideal culmination of any herbivore and carnivore relationship.

Why Does Louis Leave the Shishi-Gumi? Why Does Ibuki Attack Louis?

Louis has no plans to become the leader of the Shishi-Gumi when he kills the Boss Lion. He is driven by his desire for revenge against the Boss Lion and his need to punish himself for failing to protect Haru from the Shishi-Gumi. He also harbors a sense of envy toward Legoshi as the wolf was the one who protected Haru. After he becomes the leader of the Shishi-Gumi, he can barely contain his hatred toward the carnivores in general. However, as the season progresses, Louis forms strong bonds with his subordinates, especially with Ibuki, who becomes a father figure to him. Their influence slowly starts to change Louis’ view of the world and the carnivores. 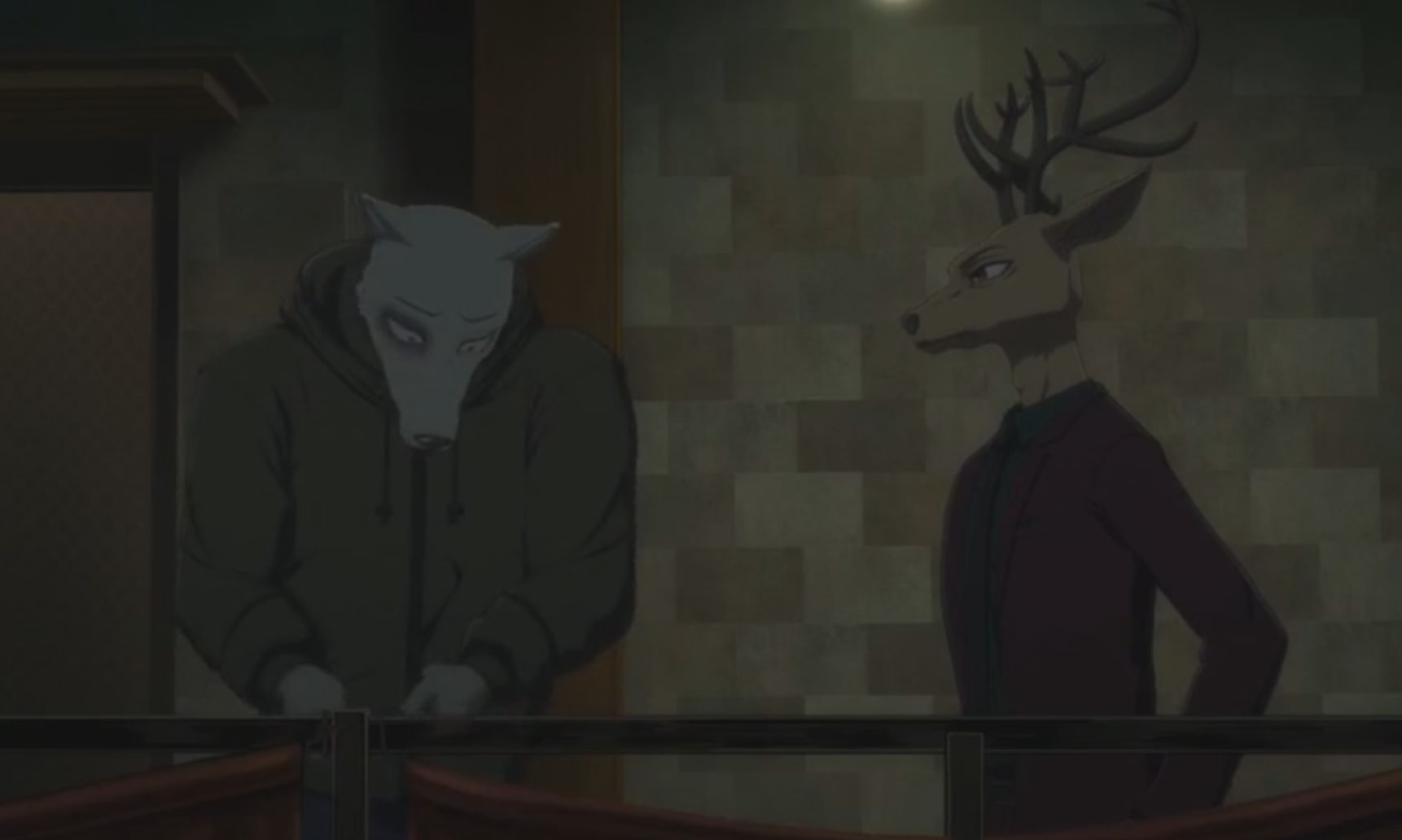 In season 1, Louis, the popular star of the school play, was the embodiment of light, while Legoshi lurked in the darkness. In season 2, these roles are reversed. When Legoshi finds out how far Louis has fallen, he refuses to give up on him, urging him to come back to Cherryton with him. He even tells Louis about his impending fight with Riz on New Years’ Eve, asking him to be there. The amalgamation of all these things pulls Louis out of darkness and compels him to the mainstream.

Ibuki sees the changes occurring in Louis even before he does and gives a gun to Free, instructing the other lion to shoot him if he tries to attack Louis. He recognizes what is happening with Louis but understands that as a member of Shishi-Gumi, it is his duty to kill the red deer if he tries to leave. When he attacks Louis in the car, knowing that Free will shoot him, it is his final act of sacrifice for the young deer whom he came to love as a son.

What Happens to the Killer?

After Riz sees through Pina’s attempt to record him confessing his crime, Riz shows up at the predesignated location with Pina’s blood on his shirt. He tries to use it to provoke Legoshi, but the latter’s extraordinary sense of smell lets him know that Pina is alive. Bound, gagged, and injured, but alive. Despite all the training that Legoshi has put himself through under Gouhin’s tutelage, Riz proves to be too powerful for him. This is when Louis shows up and tells Legoshi to eat his foot to gain strength. 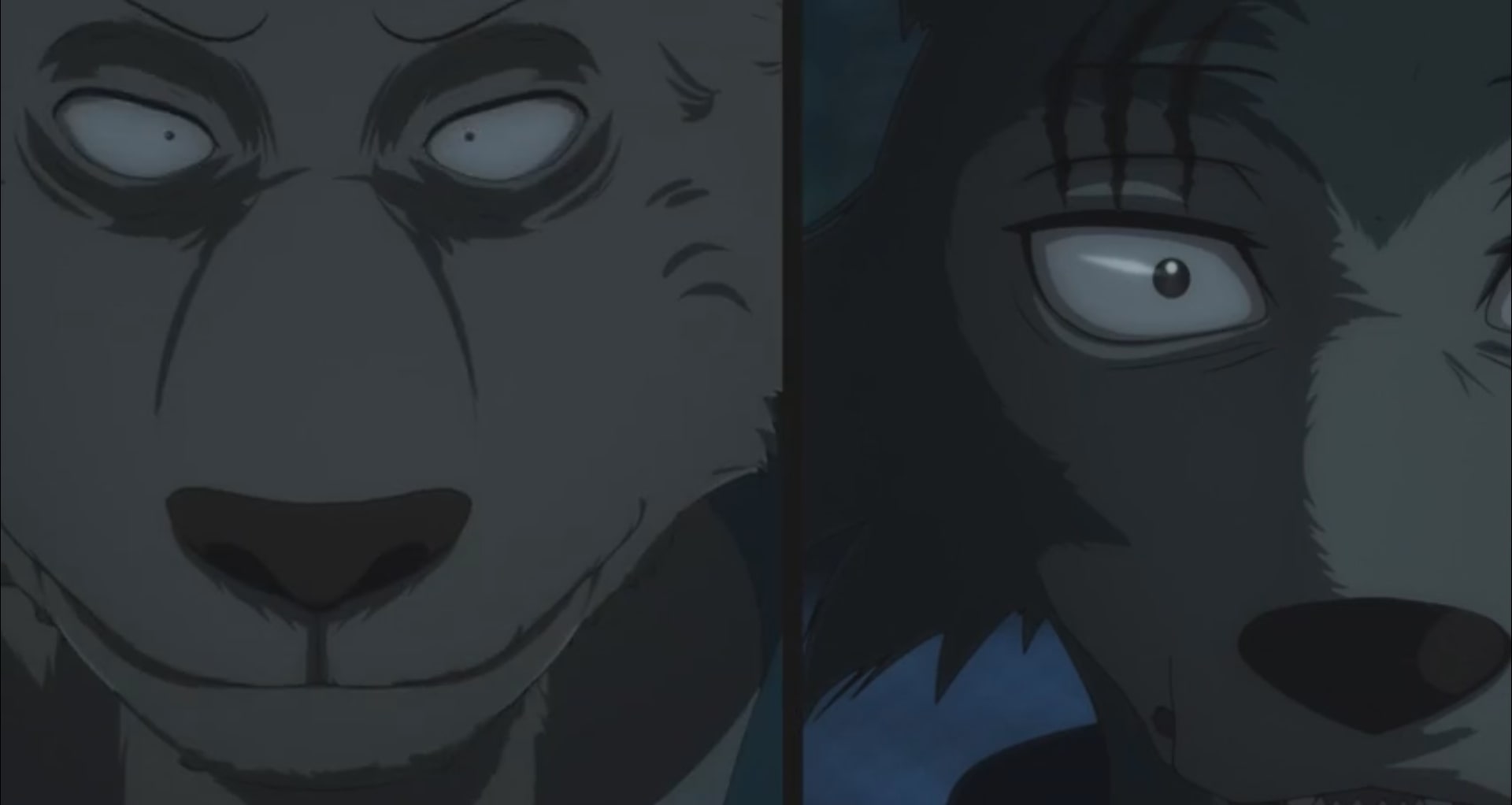 As a child, Louis was meant to be sold as meat in the black market. He has “4” branded on the sole of his right foot. When Legoshi eats that foot, he frees Louis from the shame and trauma that he has been carrying all this while. In turn, Louis helps Legoshi come to terms with his innate nature as a carnivore. When a completely transformed Legoshi resumes the battle, Riz sees Louis and realizes what has happened.

Riz accepts defeat because his belief about the ideal relationship between the carnivores and herbivores has been shattered. The trust and the willingness to sacrifice that Legoshi and Louis have demonstrated for each other have shown him that a world can exist where there will not be any divide between the carnivores and herbivores. Both Riz and Legoshi are subsequently arrested for eating meat, but the latter is soon released because of the testimonies of his friends.