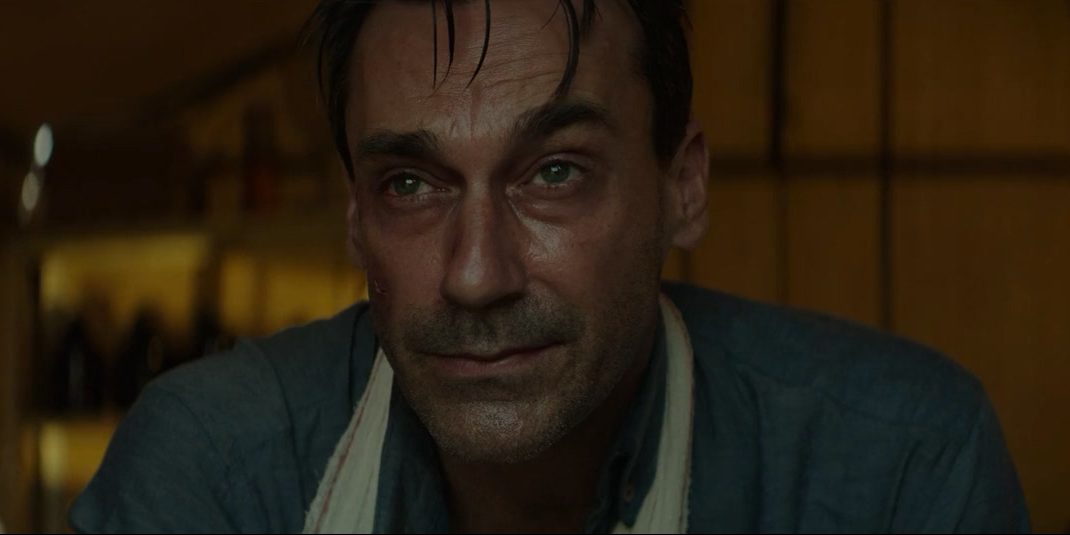 With Brad Anderson at the helm, the 2018 political thriller movie ‘Beirut’ presents a bleak view of the titular volatile city, tattered by war and violence. After an attack at his house, diplomatic negotiator Mason Skiles leaves Lebanon, only to return after a decade under changed circumstances. As he looks at the city, Mason sees his unfinished project first-hand.

The past seeps into the present with the kidnapping of a dear friend, and the kidnapper is someone Mason knows. The movie is by no means a generic thriller, and like the credit section, which uses Arabic writing style and English script, the film does not attempt to fit in. If you cannot discern the final moments, let us help you out. SPOILERS AHEAD.

Diplomat Mason Skiles hosts a grand party at his home, which doubles as an attempt at mediation between the two sides. As Mason discusses with foreign attachés, Lebanon is like a house with no landlords, and the tenants know nothing better than betrayal. Owing to his wife Nadia’s interest, Mason has taken Karim, a Palestinian boy, under his wing. However, Cal, his friend at the embassy, turns up tense and reports that people are looking for Karim.

The brother of Karim, Rafid Abu Rajal, is a wanted terrorist who, according to the Israelis, has connections to the Munich Olympics attack. Shortly after, the wanted terrorist arrives on the scene and rescues his brother, creating a violent spectacle. In the meantime, Nadia dies in the gunfire, and Mason, like a tragic hero, returns to his home turf. The diplomat takes up a job as a labor arbitrator in the Chamber of Commerce in New England.

Ten years after the incident, one fine evening, Mason meets old client Sully, whose supervisors at the Government want Mason to deliver an academic lecture in Lebanon. The year is 1982; the damaged hero returns to a damaged city to find that the address at the university is a pretext. In reality, he has to hone his impeccable negotiation skills to rescue Cal, his old friend, from the Militia of Islamic Liberation, a faction in the Lebanese Civil War. Cal’s captor, to Mason’s dismay, is Karim.

As it turns out, Bashir and the PLO have Rafid, fulfilling Cal’s suspicion. Cal’s intel possibly knows the whereabouts of Rafid, and in the brief meeting, he cryptically says to Mason, “Tell Alice I pray she loves me only.” Pray, love, only — the initials indicate PLO, and that is how Mason gets there. Mason also gets to know from Cal that Gaines cannot be trusted.

Apparently, Gaines has been taking money from the station fund. Cal also tells Mason about the family album, which hides a clue. Mason comes to Cal’s house to look for the hint, which was the whistleblowing account of Cal, but Sandy has already taken it out of the album. After the revelation, Sandy usurps four million dollars from Gaines’ illegal gains. They take it to Bashir so that they would release Rafid.

Is Rafid Dead or Alive? What Happened in the Aftermath?

Rafid dies in the finality of the story. Keeping his part of the deal, Mason takes Rafid to Fadya Crossing. However, he is a little late compared to the time Karim suggested. Karim and his goons prepare to leave, but Mason and Sandy bring Rafid in the nick of time. Rafid Abu Rajal is not the person to play by the books.

Seeing his brother’s efforts come to fruition, Rafid attempts to kidnap Mason as well, hollering a gun around. However, Teppler, a Mossad agent working with Mason, kills Rafid before the situation can escalate further. With Rafid’s death, the story reaches an impasse. Karim and his militia may get back at the US since everything comes at a price.

There were widespread abduction cases during the civil war of 1982. The victims were primarily western delegates and officials at the embassy. Cal is among the lucky few who survive the nightmare, coming out only with minor scratches. However, the US had to pay a hefty price in 1983, when bombs erupted in the United States embassy during the lunch hour. In 2003, the US district court in Washington DC held Hezbollah responsible for the attack.

Do Mason And Sandy End Up Together?

At the end of the story, Frank Whalen, US ambassador to Lebanon, asks Mason whether he would be interested in taking up the embassy’s vacant position. After getting robbed of his illegal fortunes, Donald Gaines has resigned, and Ruzak flew back to the US. Therefore, there is a power vacuum at the embassy, and we do not know whether Mason takes up the job.

However, things look bright with Mason asking Sandy Crowder on a dinner date, although he characteristically keeps things subtle. After the death of Nadia, Mason has struggled to cope with the loss. However, after ten years following Nadia’s death, it seems like Mason can finally move on. Cal says with conviction that he prays Alice loves him. With the cryptic connotations set aside, we do not think his affair with Sandy reaches anywhere. Therefore, Mason possibly takes up the job and ends up with Sandy. But the final footage of the US embassy blast reminds us that the story has no happy ending.

Read More: Is Beirut&#8217;s Mason Skiles Based on a Real US Diplomat?