All George Lucas Movies, Ranked From Worst to Best

George Lucas is a man who needs no introduction. He is the master of fantasy franchises and is responsible for bringing to life some of the most beloved characters and stories ever in the history of cinema. His movies are always commercially successful and he now sits with a very comfortable net worth of 4.9 Billion Dollars.

Lucas’ films are known for the hefty cheque returns but there is more to him than just box office hits. With films like American Graffiti, he has proven to be a master with more powerful and serious cinema.

In the list we will be ranking all the top films directed or written by George Lucas. 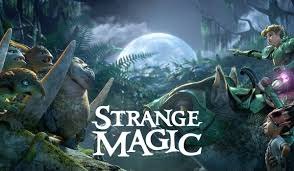 So much expectations simply because of George Lucas’ s name on the credits, but Strange Magic never really comes close to its potential. The film tries too desperately to be one of those old Disney classics but really falls short.

The positives of the film Include beautiful animation, as well as great voice acting for the characters. 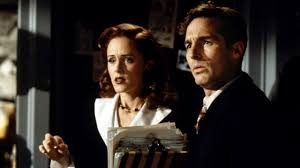 Suffers the same case with Strange Magic, Radioland Murders promises much but delivers little. Despite having a great cast, the fail has a lot to do with Brian Benben’s performance, which falls completely flat.

A lot of times the film tries toO hard and desperate to be funny and Intelligent. There are some funny slapstick moments Yes, but certainly not enough to redeem the film. 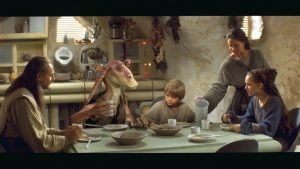 After the huge success of the original, there were so much expectations awaiting the return of the star wars. Sadly mediocrity in most departments meant the film never lived up to its hype. Visually it was stunning and obviously improved in terms of special effects. But everything else was a let down.

Perhaps it was too desperate to be an entertaining popcorn flick. However a few of the cast for e.g., Liam Neeson and Natalie Portman perform very convincingly. The score is as always hair-raising. 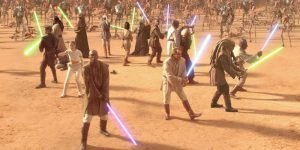 For those expecting an improvement after ‘The Phantom Menace, ‘Attack of the Clones’ was definitely that but only a slight bit. The film is at its best during its action scenes which are fun and entertaining. Ewan McGregor as Obi-Wan is the standout performer and is perfect for the role.

The pacing is too slow at times but the story is good enough to carry it through to its run time. 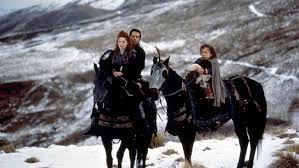 Willow is a stylishly crafted fantasy film that is at times silly but mostly very entertaining. Many critics trashed it as being unoriginal but it doesn’t really intend to be original. The film has a Tolkienesque vibe to it with its struggle between Good vs Evil and decent double act that will remind you of Merry and Pippin.

This fantasy movie that wavers between adults, kids and can be enjoyed by any age group. 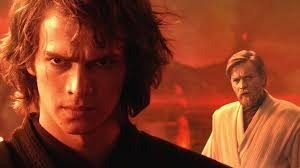 After the disappointments of the first two films in the second star war trilogy, George Lucas and the franchise finally finds its mojo back with this one. Despite a few flaws here and there, it is a suitably thrilling and poignant conclusion to another Star Wars chapter. The film deftly combines the fun of the original trilogy with a compelling, tragic storyline. The third act of the film is by far the best and very neatly wraps up the trilogy.

9. Indiana Jones and the Kingdom of the Crystal Skull (2008) 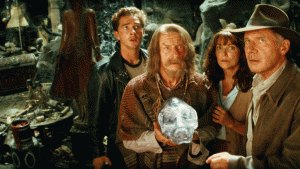 There’s nothing but entertainment value here in this one. Indiana Jones comes back 19 years later and proves that he is not too old. Harrison Ford’s return in the title role is more than welcome to everyone and he still gives the type of performance we all love. It is a fun, thrilling, action packed film which is at times too cheesy for its own good. Many fans of the original had multiple issued with the film, but a return after 19 years is always going to create more and more surreal expectations. 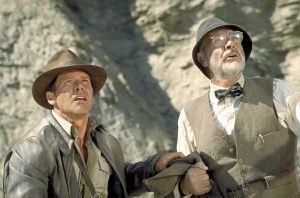 Indiana Jones is lighter and more comedic in this brisk serial adventure than ever. Harrison Ford and Sean Connery are paired as a dynamic double act and showcases immense chemistry and likeability. The action is on an epic scale and delivered with breathless enthusiasm. The addition of Sean Connery is fantastic casting as he is able to bring out a unique dorky side of Harrison Ford.