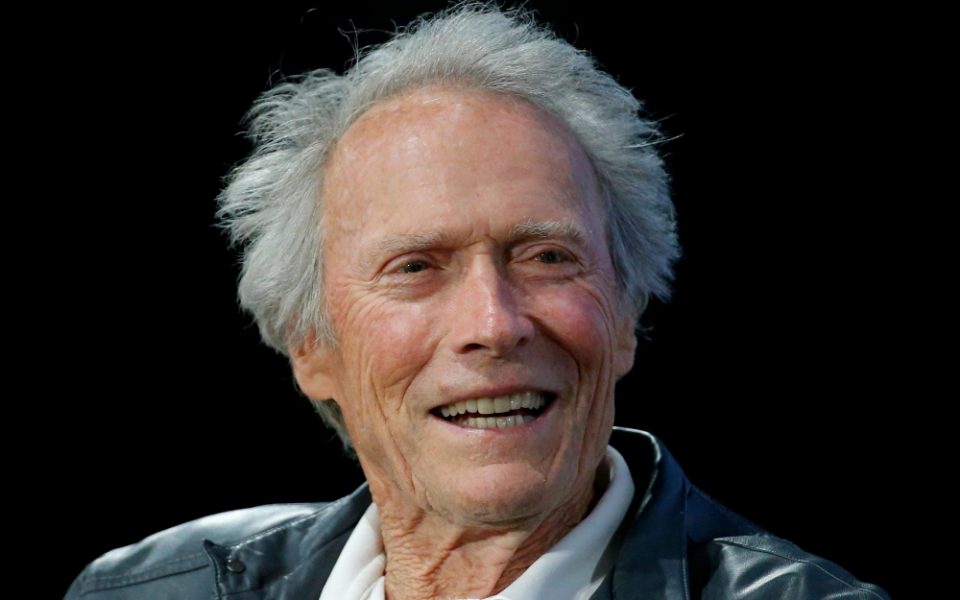 One of the most iconic film personalities of all time, Clint Eastwood is a true treasure of cinema. He has found success both as an actor as well as a director. In of the longest careers in film, his filmography has always had an extraordinary variety. He became well-known for his Man With No Name character that catapulted him to worldwide fame. Having made his name in a series of genre defining westerns, he has gone on to show his dramatic range in subsequent films. In between all this, he has managed to direct dozens of films. His track record as a director is mightily impressive. Some of his biggest successes have come as a director. He has established himself as a director, who can be banked upon for a rewarding cinematic experience.

Choosing ten from his directorial efforts is a difficult task due to the quality and volume of his work. But, let’s give it a try. Here’s the list of top Clint Eastwood directed movies. You can watch online some of these Clint Eastwood movies on Netflix, Amazon Prime or Hulu. 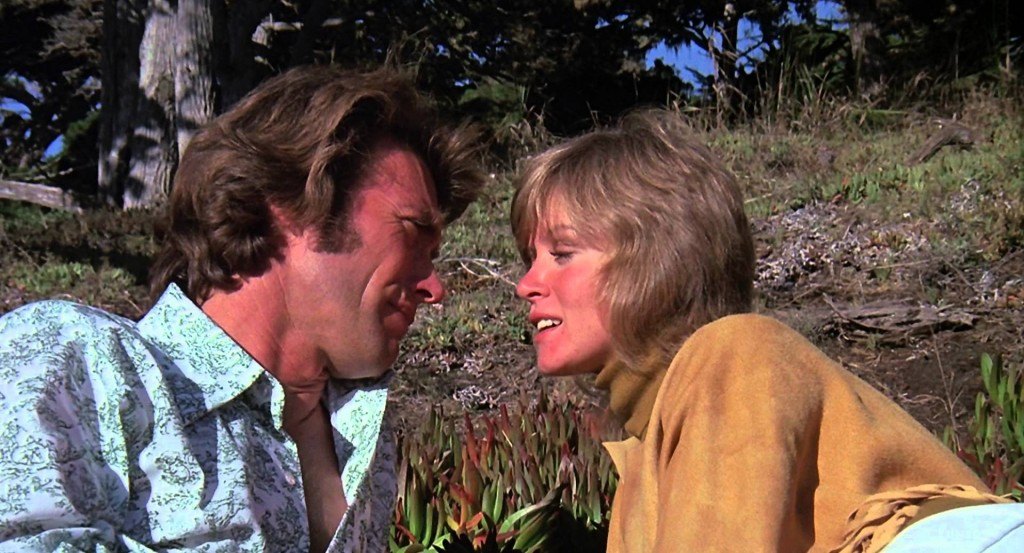 The first feature that Eastwood directed was quite a different film coming from him. He manages to maintain the intensity till the very last minute and it ends with a thrilling finale. The strength of the film lies on the fantastic performance of Jessica Walter, who plays an obsessive fan with scary conviction. While the film is not immediately remembered by many fans, it remains an important film. This is because, it showed that Eastwood could be a force to be reckoned with, behind the camera as well. 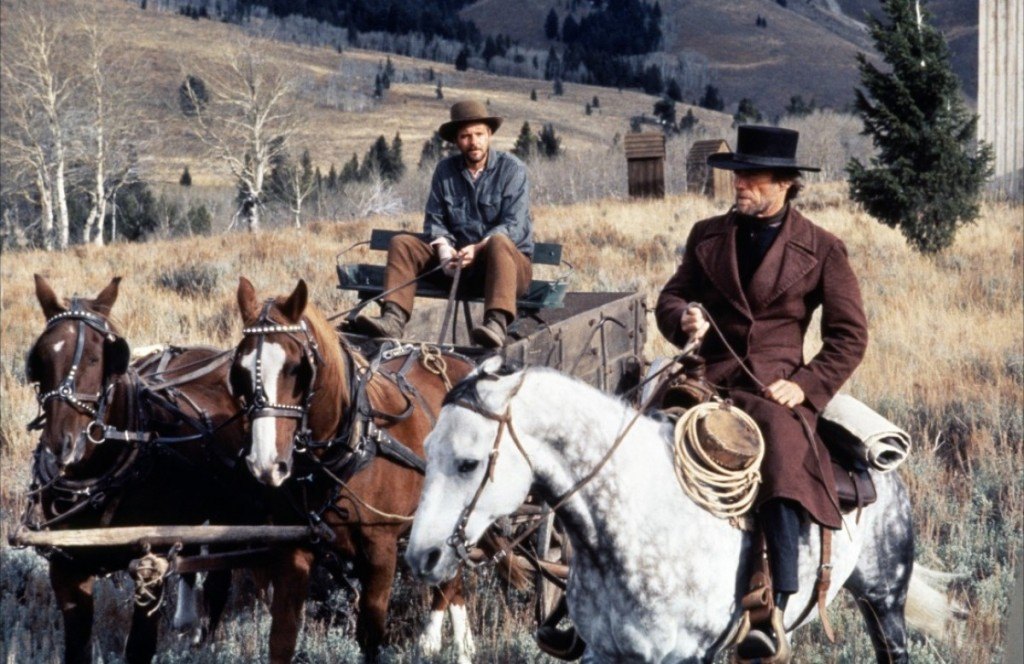 Returning to the Western after a long time, ‘Pale Rider’ was a departure from his earlier Westerns. In some ways, the film can be considered as a companion piece to ‘High Plains Drifter’. Eastwood playing the role of a preacher, is convincing in his portrayal. We have the actor showcasing his trademark heroism, which coupled with the Biblical undertones adds another dimension to the story. The influence of ‘Shane’ on this film is quite evident in the story as well as some of the scenes. But, this shouldn’t take anything away from the director. While the story is nothing to write about, it is the other aspects that draw it in. This includes the gorgeous cinematography that vividly shows the landscape. And also, watch it to find out Eastwood’s take on the Man With No Name. 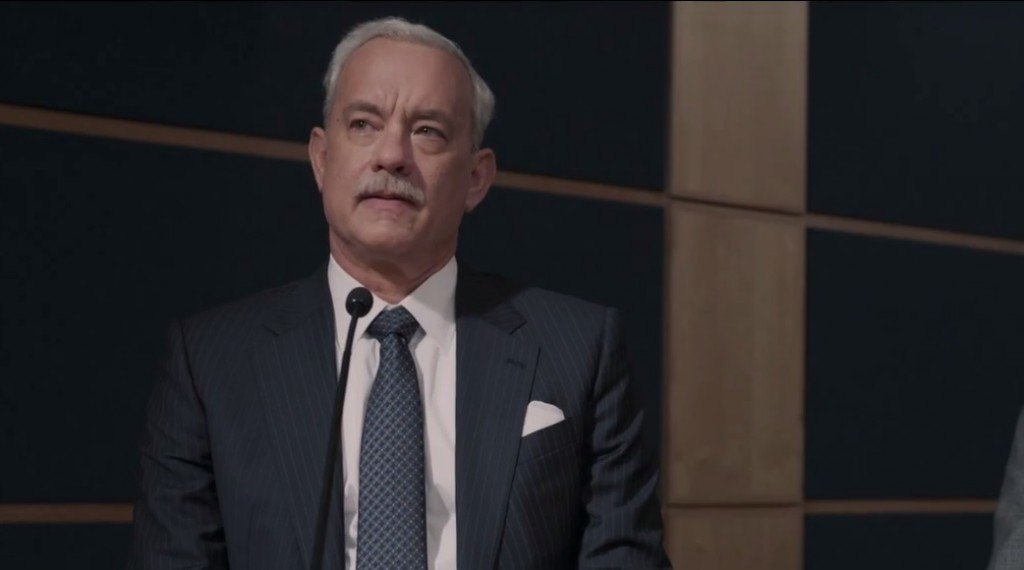 The most recent film on this list, is one of the filmmaker’s best. By taking a true story once again, he has been able to create a compelling film. It is also supported by a typically dependable Tom Hanks as the protagonist along with a strong supporting cast. Even if you know about the event that inspired the film, it manages to keep you interested. This is the hallmark of a great director. Though you have seen this kind of film earlier, it is the treatment that makes the difference. The efforts of the director was appreciated by both the critics and the audience, as it went on to become a huge success on both fronts.

The second film directed by Eastwood and also the first Western that he made. The director took a different approach to this genre, by giving the feel of a horror film. The film further solidified his status as a director as it showed his command over a film. The reasons for the success apart from the man himself, is the film’s story. It is a genuinely affecting tale that leaves an emotional impact on the viewer. The titular drifter, is a lot more complex than the similar characters that the director has played. The tone of the film would influence his later work in the genre. It was a huge step up from his first feature and is one of the best Westerns of his career. 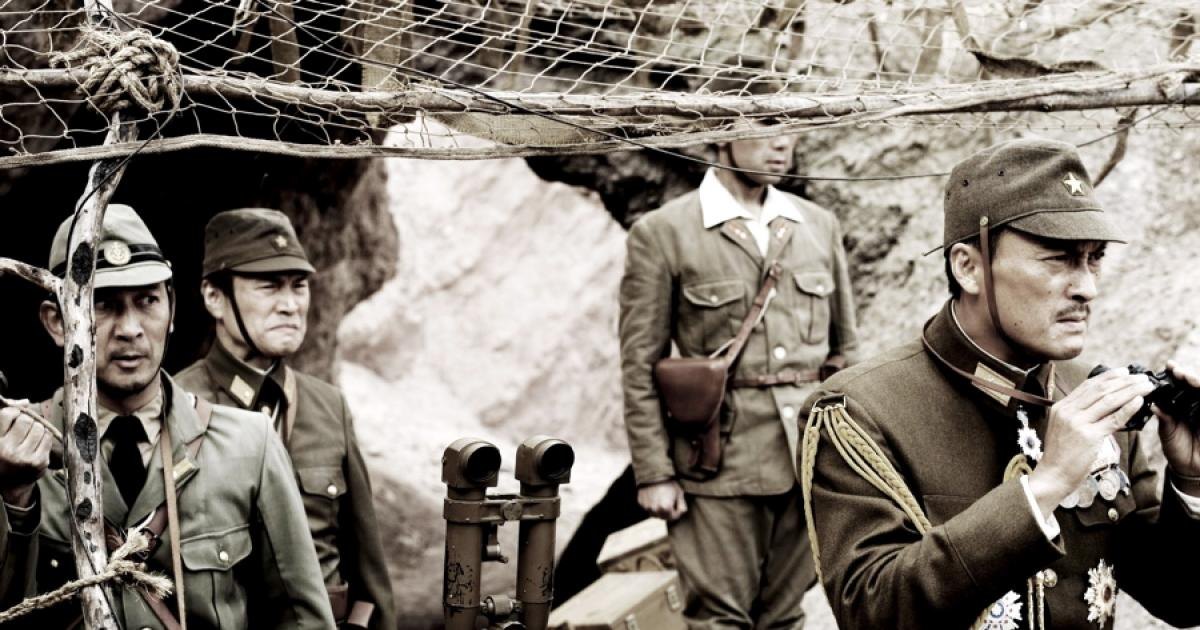 First and foremost, this was quite a risky venture for Eastwood. Only a director of his stature could have gotten such a film made. The film, a companion to ‘Flags Of Our Fathers’ shows the Battle Of Iwo Jima from the Japanese point of view. The film shows his remarkable ability to understand the human psyche as well as those affected by war. The sombre mood adds to the impact in a good way. His decision to have the story told from both sides proved to be the right decision. Though the film shows both these sides, as a film this is the better one. The acting, direction and particularly the cinematography make it a winner. 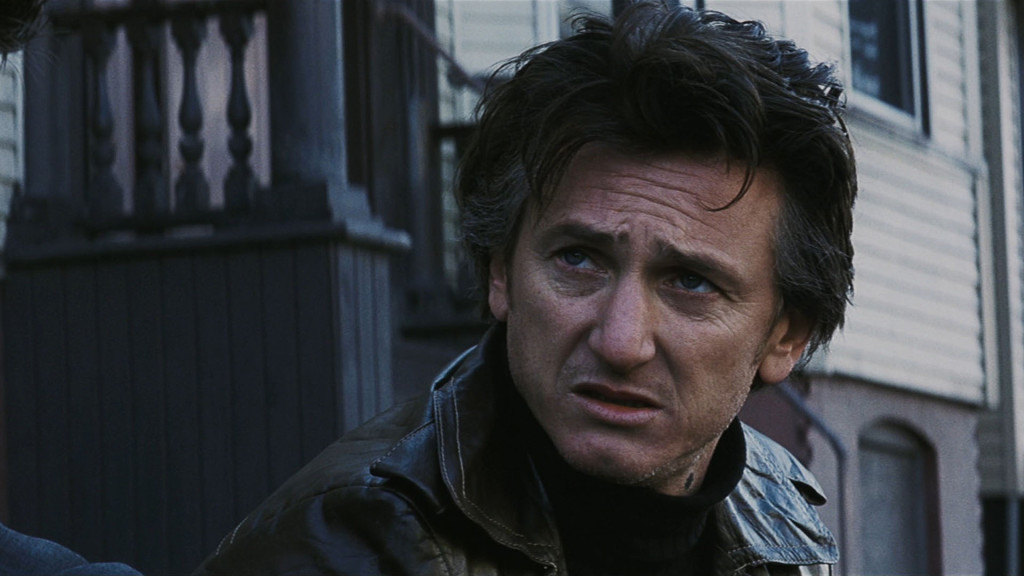 It is one of the most acclaimed films of the 21st century. What makes the film work is the pacing. It takes its own time with these characters. This is hugely rewarding for the viewer. It results in an intense character study, the kind we don’t get to see too often. It is watching a master at work. Someone who is so comfortable with what he’s doing and with conviction to boot. The majority of the praise directed at the film, was for the acting and with good reason. Sean Penn and Tim Robbins would win Academy Awards for their superlative work. What is often forgotten is the direction. It is a comprehensive display of Eastwood the director. 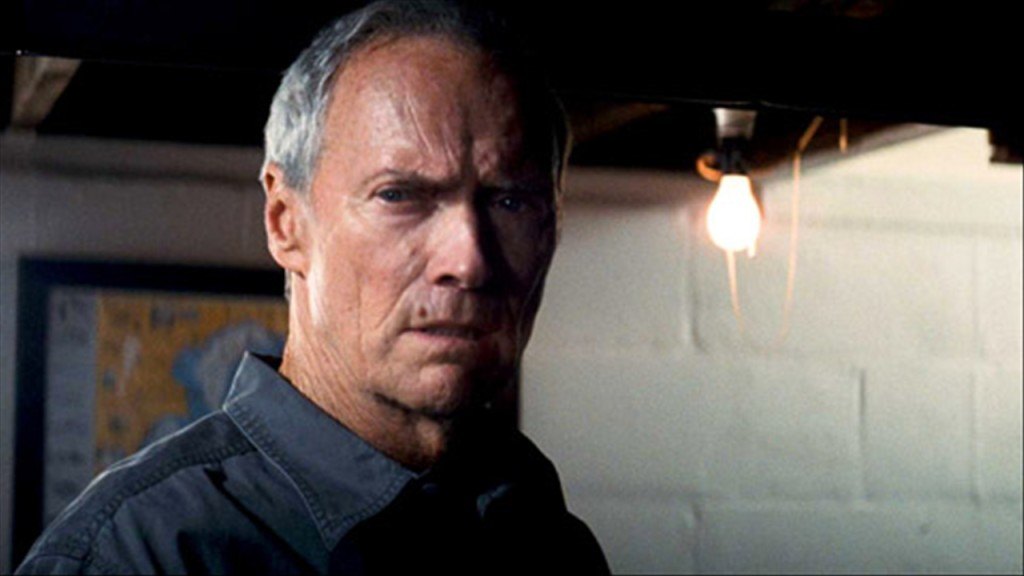 Critically, this film would probably not make it in many top ten lists. What the critics didn’t appreciate fully, the audience duly did. Though he plays a gruff character he has become synonymous with, it is the interaction with the younger actors, which sets the film apart. The movie is more of an audience favorite. This is because it makes us laugh and more importantly, feel and care for the characters. It is also proof Eastwood’s ability to handle a cast. Even when he’s not using experienced actors, he manages to get the best out of them. What makes the film memorable, is that it’s ultimately heart-warming. 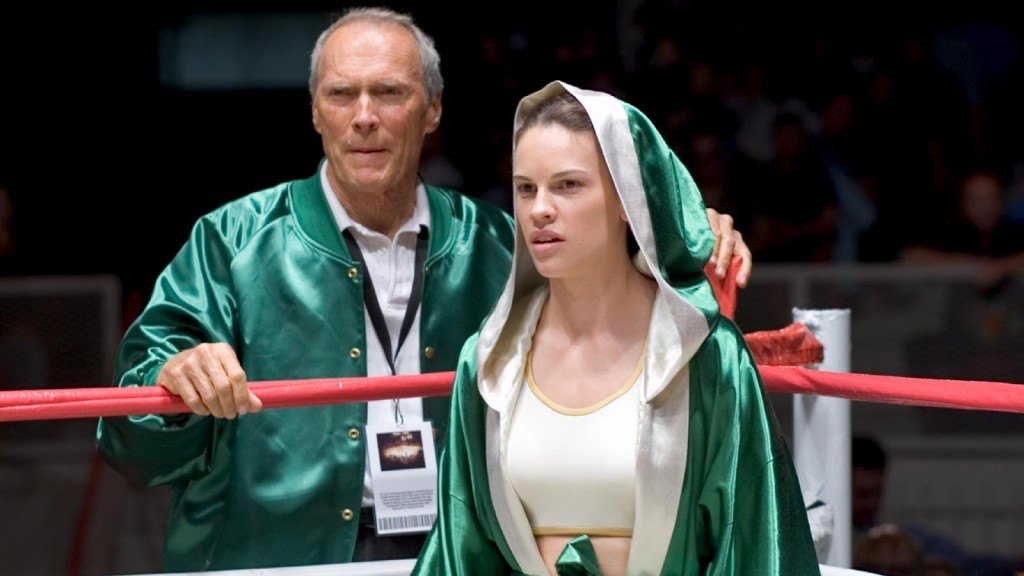 We have seen Eastwood play a similar persona in many of his films. What we haven’t seen, is the work he did in this film. As a man looking to find redemption for his past, his performance stays with you. While this film could have easily become another ‘Rocky’ type of film, it is thanks to the director that this didn’t happen. Having fully fledged characters, makes the final act in particular leave a devastating impact. The film would become one of the most acclaimed films of the year and did tremendously well at the Oscars as well. We know that the director is adept at handling action and violence but what we also got was the deft handling of emotions.

2. The Bridges Of Madison County 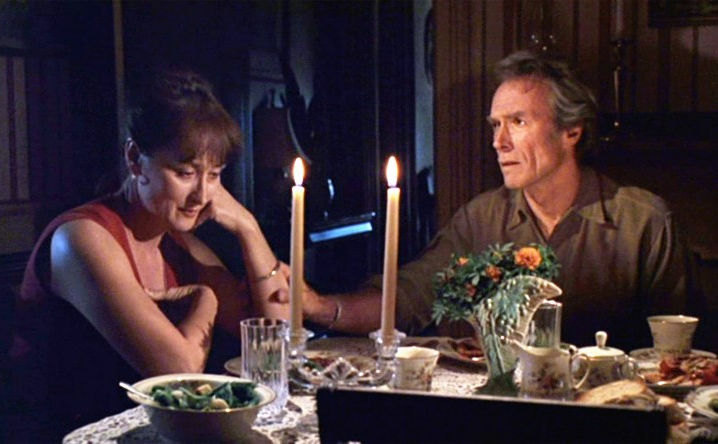 To begin with, not many people thought that this film could be made. Least of all, by someone like Clint Eastwood. But, he just about proved everybody wrong. He showed that he can be tough, but sensitive and tender when needed. The actor was a revelation playing a role quite from different from what we had become accustomed to seeing. Not many imagined that the film would be this good, and therein lies the true triumph of it. He also achieved something rare by making the movie better than the book it was adapted from. Also adding to the film’s success was an outstanding performance from the one and only Meryl Streep. 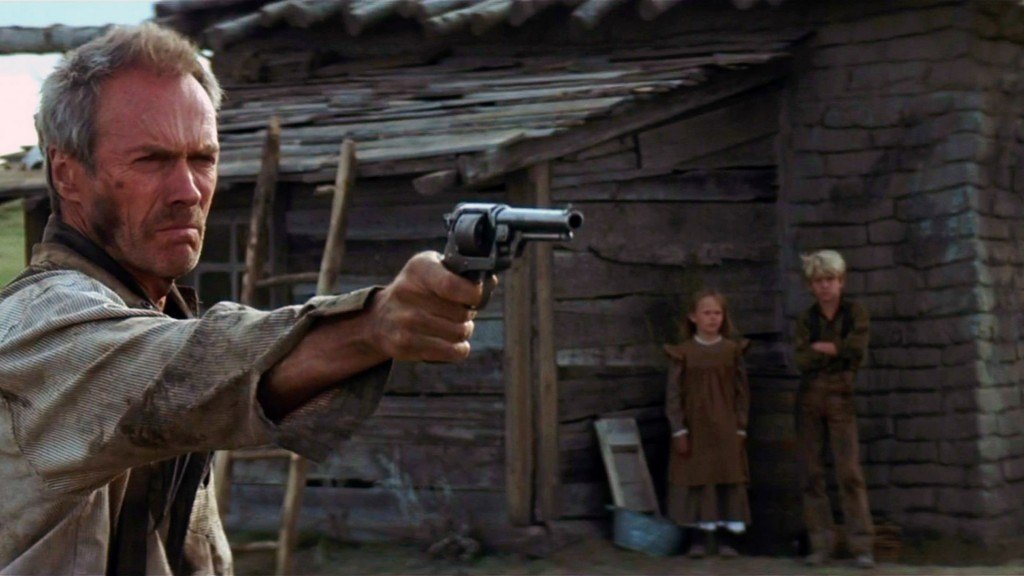 Undoubtedly, Eastwood’s directorial masterpiece. A film that will forever rank as one of the greatest Westerns ever made. There is so much to appreciate in this film. We can start with the acting that has three stalwarts including Gene Hackman and Morgan Freeman at the top of their game. The term deconstruction has been used many a time when talking about this film, it is true. Eastwood strips away all the glamour and glory associated with the genre and shows us what it really is. The theme of violence is at the center of the film and it leads to the questioning and identifying the consequences of it. It shows us that romanticizing the past idea is not always a good idea and can sometimes distract you from the truth. Eastwood deserves the appreciation for making such a bold film.