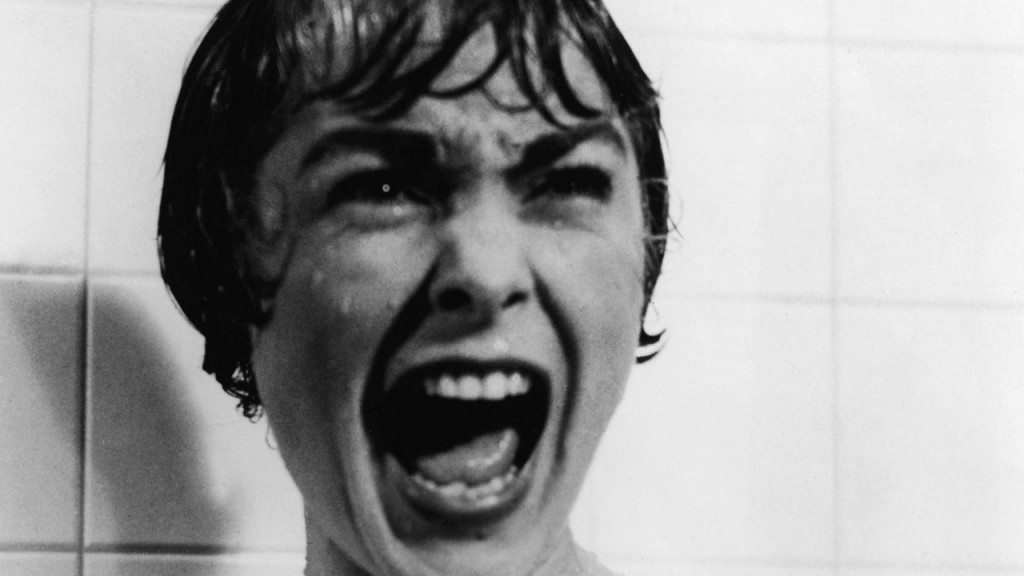 Alfred Hitchcock is easily one of the most recognized names in cinematic history. Hitchcock has been gone for over two decades and yet folks all around the globe speak so highly of his work still. Recently, ‘Vertigo’ dethroned ‘Citizen Kane’ on Sight and Sounds highly respected Greatest Films List. Not to mention that Hitchcock has the most overall votes for his films on the list, and most votes as ‘Greatest Director’ as well. Alfred Hitchcock is most famous for films like ‘Vertigo’, ‘Psycho’, ‘Rear Window’, ‘The Birds’, and ‘North by Northwest’, but with over 40 commercial successes and almost 60 films to his credit, there’s a lot more to his canon than people think. Here is the list of top Alfred Hitchcock movies, ranked. You can stream some of these Alfred Hitchcock films on Netflix or Amazon Prime.

The first stab at success of these tow great films, and mostly unrecognized due to the size and brilliance of its remake (which was released in 1956). ‘The Man Who Knew Too Much’ is the one of the best films of Hitchcock’s British era (pre 1940) and Peter Lorre (star of the movie ‘M’) delivers big.

‘Under Capricorn’ is almost unrecognized when compared to some of Hitchcock’s other masterpieces, but I strongly believe this film contains some of his best storytelling. This was his second shot at Technicolor (after Rope of 1948), and though it’s a weaker film, the shots came through much more smoothly and the two lead performances (Ingrid Bergman and Joseph Cotton) are very strong.

This 1955 experiment of Hitchcock’s ended up being his funniest and most diverse project. Though it’s mostly a dark comedy, it has a thrilling undertone and a great romantic element that really kept me intrigued. In my opinion, a hidden gem in the Hitchcock canon.

This film is by far the strongest of his silent era, and though during it’s time there wasn’t a lot of film magic happening, it’s aged oddly well for being almost 90 years old. The Lodger is when the world would realize that Hitchcock was a force to be recognized.

One of Hitchcock’s first American Made films, and recognized as a very strong outing, this Romantic Thriller is vintage Hitchcock. Though he would later expand upon the same foundation with more success, Suspicion stands out in its own way. Keep in mind, Hitchcock wasn’t really getting respect for his work until the late 40’s. (Also note that this film gained Hitchcock his one and only Oscar Win for an acting performance in his film: Joan Fontain)

Another great film of Hitchcock’s early years. This film is full of excitement and action and it’s surprisingly well aged (considering it was his first talkie).

A successful experiment yet again. This 1944 attempt at a true ensemble piece. Lifeboat is highly revered by Hitchcock loyalists but not by the casual fan. If you want to see 9 people in close quarters for 100 minutes, with a very subtle intensity looming, I’d give this a watch. Definitely one of the most underrated Hitchcock outings. (The original story for this film was written by John Steinbeck)

The strongest Hitchcock film Post-Psycho. ‘Marnie’ really gets Psychological and you get to see Hitchcock as a performer in a much different light. This was the beginning of the final era for Hitchcock (as he only released a few films over the following 15 years) and it’s worth the watch.

22 Years after the release of the same film in Britain, Hitchcock wanted to revisit the project and see what he could do to make it better. Though this film is almost shot for shot the same, the acting of the ensemble comes out stronger and of course, the color and smoothness of the filming give it an element that its predecessor couldn’t.

Not to be confused with his 1936 film ‘Sabotage’, this film represents Hitchcock’s first real success with an action driven Thriller. A success he would later build upon with ‘North by Northwest’. ‘Saboteur’ is easily one of the most exciting films of his career. One that deserves more credit.

Another gem in the illustrious career of Alfred Hitchcock, and largely due to its subtle greatness. ‘The Wrong Man’ captures the very effective use of the close up like very few Hitchcock films, as well as a very strong narrative structure that many of his films seem to get lost in. Note the very great performance of Henry Fonda also.

Oddly enough, I consider this to be Hitch’s most INTERESTING film, as far as the narrative is concerned. Although Spellbound contains the same formula that is the ‘Hitchcock Thriller’, it’s commentary on Psychoanalysis and Mental Illness makes it stand out as original. Great acting all around and must-watch for Hitchcock newcomers.

It’s not that I have any objections to this film at all, but subjectively thinking, I just couldn’t place it any higher than the 12 following films. North by Northwest is the much more commercial and better structured older brother to ‘Saboteur’ and a film that just about anyone could enjoy, but it doesn’t hold the weight of some of his other films.

At its time, this film was Hitchcock’s strongest and most successful work and it’s aged very well. This film has a timelessness that some of his other more recognized films don’t, and it’s a great mirroring of the conflict that would become WW2. ‘The Lady Vanishes’ takes place on a train and it takes you for a ride the entire way through. As we reach the top 10, most of Hitchcock’s recognizable titles will begin to appear, but The Lady Vanishes is no slouch, and highly underrated.

This film marked Hitchcock’s first real success in capturing a Noir tonality. Shadow of a Doubt remains one of the most unanimously well received films of his career and was one of Alfred’s own favorites even as he informally retired.

The Top 10 just couldn’t contain any merit without ‘Rebecca’. This was Hitch’s first American film, and his most critically successful. ‘Rebecca’ feels really involved like most of the others don’t and was nominated for 11 Oscars in 1941.

Surrounded by controversy, ‘The Birds’ works on so many levels. The psychology behind our lead character)played by the very distressed Tippy Hedrin. This film really sells itself and for that, it gained success. The only issue is that it hasn’t aged well and so it’s replay value is almost non-existent.

My choice for the most underrated film of Hitchcock’s career, almost perpetually loved by critics and fans alike, and yet you don’t hear of its subtle brilliance very often. ‘The 39 Steps’ is Hitch’s fastest moving and plot driven films and it’s acted perfectly. The 39 Steps is a go-to for a fun ride and it has aged remarkably well for being his oldest film inside the Top 20.

This is the scariest Hitchcock film, and it’s also very human. The reality behind the its story and the devilish performance of John Williams propel this film into Hitchcock greatness.

This movie kind of sneaks up on you with how great it is. Starting off rather slowly, it evolves into something of a masterpiece. ‘Strangers on a Train’ is a culmination of some of Hitchcock’s most well-recognized tropes, and its effective.

Many ‘serious’ Hitchcock fans revere this film over all others, and rightfully so. ‘Notorious’ has some of the best acting in any Hitchcock film and a great narrative. Let’s not forget, it also has the best shot/sequence in all of his entire works (you could also argue the shower sequence in Psycho).

I have a soft spot for ‘Rope’ and I will argue it’s brilliance with anyone. Considering the level of experimentation during its inception, and also that it was Hitch’s first Technicolor project, it has aged greatly. There’s something so raw about the surrogate Agatha Christie project that keeps me watching over and over.

Believed to be Hitchcock’s best film, I have to disagree. ‘Vertigo’ is brilliant and so visceral, but it can be a little boring at times. Vertigo is chalked full of amazing shots and some really wacky psychology, and every aspiring filmmaker could learn a lot from watching it! ‘Vertigo’ would largely influence the great David Lynch with his film ‘Mullholand Drive’.

What can I say about this movie that hasn’t already been said. Psycho is the epitome of Hitchcock’s brilliance and was so cutting edge for its time. Psycho would revolutionize the horror genre, and also begged the question of ‘what is too taboo for film?’ and we are all indebted to Hitchcock for raising that bar. The shower scene is one of the most powerful in all of cinema, even today. Psycho has the strongest replay value of any Hitchcock film but I don’t think it’s his best film.

‘Rear Window’ is Alfred Hitchcock’s best film for me. It’s got the most interesting plot, it’s got consistent great performances and amazing shots in scene after scene. Hitchcock is the master of the Thriller, and ‘Rear Window’ is the most Thrilling of all his work. I can’ watch this movie without clinching my seat and biting my lip. ‘Rear Window’ is/was experimental and cutting edge and it’s endlessly watchable.