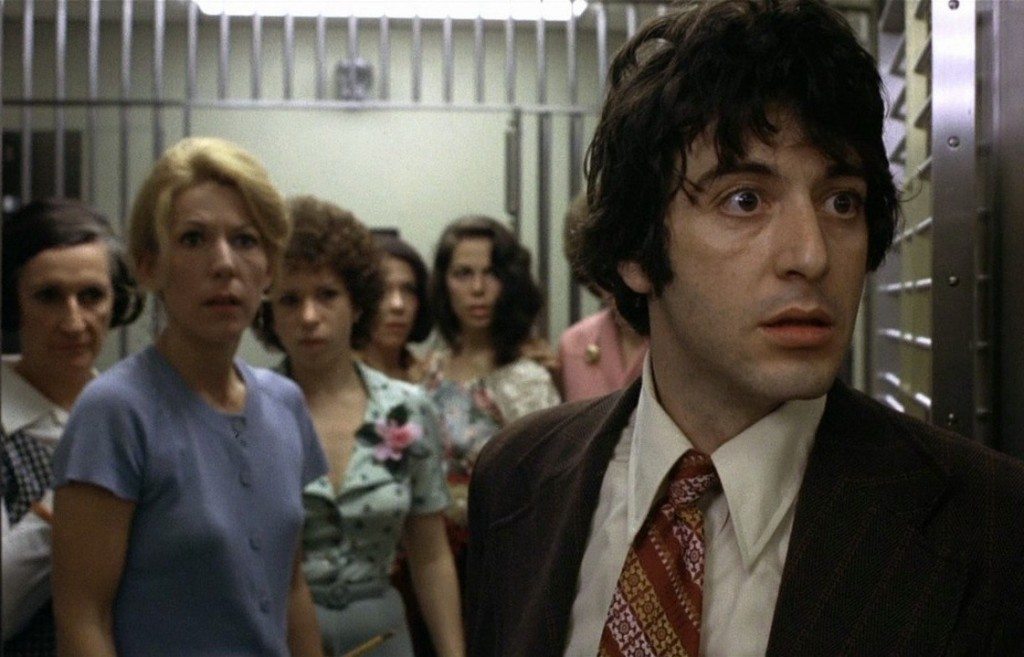 Few directors understood actors and the craft of acting as Sidney Lumet did, a former child actor who became one of cinema’s great realist directors. Lumet gave his films a documentary like realism, which at the time no one else was doing, though many were influenced and followed suit. By the late seventies, it seemed as though a part in a Lumet film came with an Oscar nomination attached. In the years spanning 1965 through 1977, actors received twelve Academy Award nominations and won three. Lumet himself was nominated four times for Best Director, excelling with stories about man railing against the bigger, often corrupt system. When he stayed on the path of realistic films and subject matter, he was among the most gifted directors working.

Like many of the greats of the seventies he crashed and burned once, with major box office and critical failure of ‘The Wiz; (1978), but rarely again. He moved easily between original screenplays and adaptations of plays or literature, always focusing on the human story. Half of his films were adaptations of plays, some of the greatest works of the stage, as well as modern classics such as ‘Equus’ (1977) which despite superb performances did not make the screen transfer quite so well.

His best period came in the seventies where he was considered to be one of the greatest filmmakers at work, though was never considered in the same class as Coppola, Scorsese, Spielberg, Allen, or Kubrick. Lumet was among the second tier of directors who from time to time moved into the front ranks with his work, ‘Dog Day Afternoon’ (1975) and ‘Network’ (1976) among them.

He was one of the great realists of his time, intensely influenced by the New Italian cinema which emerged after the war. His work in television taught him to shoot economically and fast, but to always pay attention to his actors as they are the connection for the audience.

It was said he could see the good actor and find the great actor within. The best performances in his films are as follows. 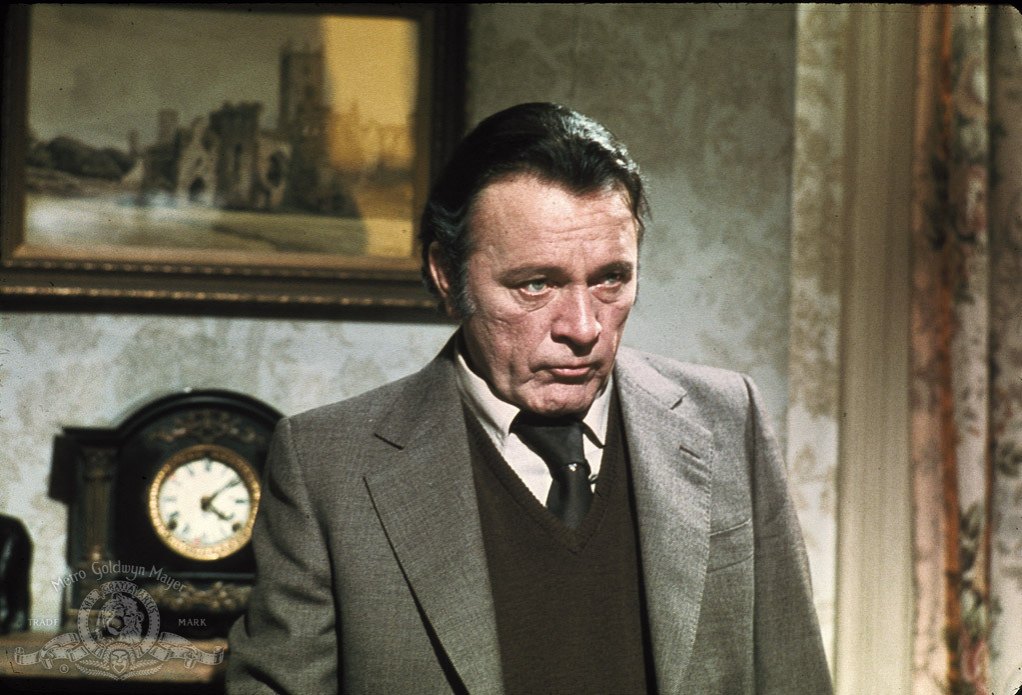 With that voice of God, Burton is devastating as a psychiatrist brought in to speak to a young boy who has blinded six horses with a hoof pick. The good doctor finds that the more he speaks to the boy the more he discovers what is lacking in his own life. He longs for the passion the boy felt while riding the horses naked through the night, knowing he will never experience a passion like that. Burton is magnificent as Dysart, giving the most intense and dynamic performance of his long career; the camera stays close on him for long periods of time and he never allows us to escape his baleful gaze. 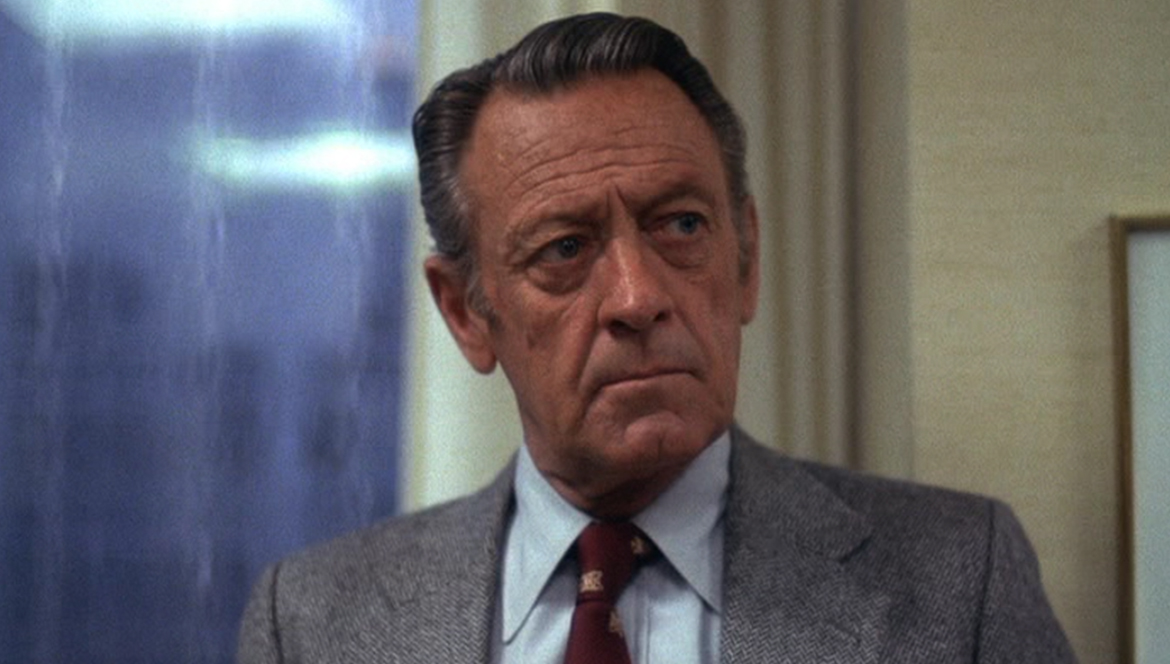 In the twilight of his career, Holden gave one of his very best performances as Max Schumacher, head of the network news who watches in horror as his best friend is used while in the throes of a breakdown. The news is taken away from him, he has an affair with a much younger woman, loses his marriage, and his life slowly falls apart. It is a profoundly fine performance, the conscience of the film in every way.

As Sal, the sad sack partner to Sonny in the bank robbery, Cazale gave one of his best performances in one of the five films he made. With a trigger finger he wants to start killing, and when asked to which country he wishes to go on the jet he has commandeered, he answers Wyoming. Portrayed with a dark nervous energy, Cazale brings an edge to the role, just enough to be frightening, just enough to be pathetic, and sad, and eventually tragic. He radiates danger and menace, yet a deep sadness. 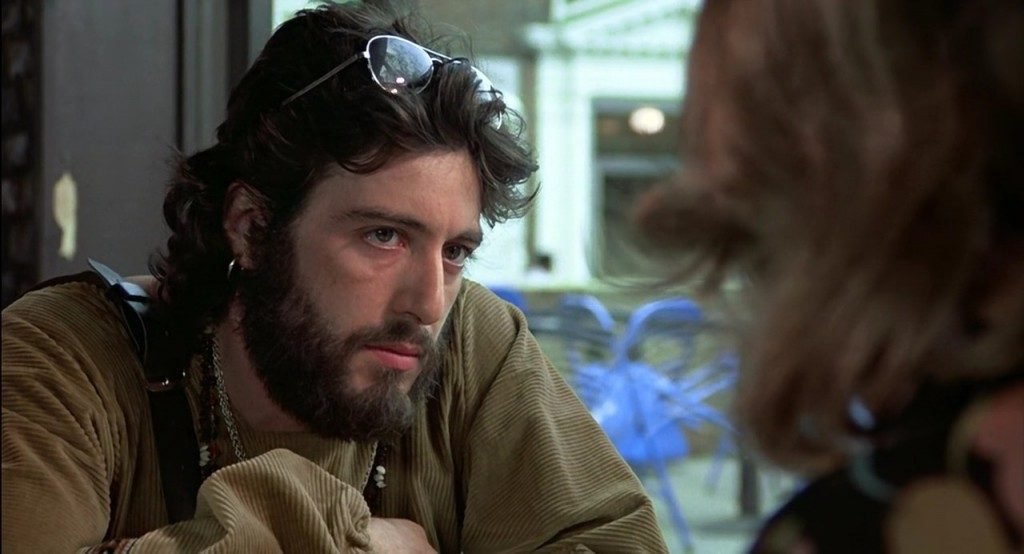 Based on the true story of a lone New York City cop who lashed back when he sees nothing but corruption on the force, making himself a target, placing himself in near constant peril. Made the year after ‘The Godfather’ (1972), Pacino landed his first Best Actor nomination, one of three consecutively. He digs down deep into the character, finding a man with ferocious integrity, willing to die for what is right. And he nearly does. 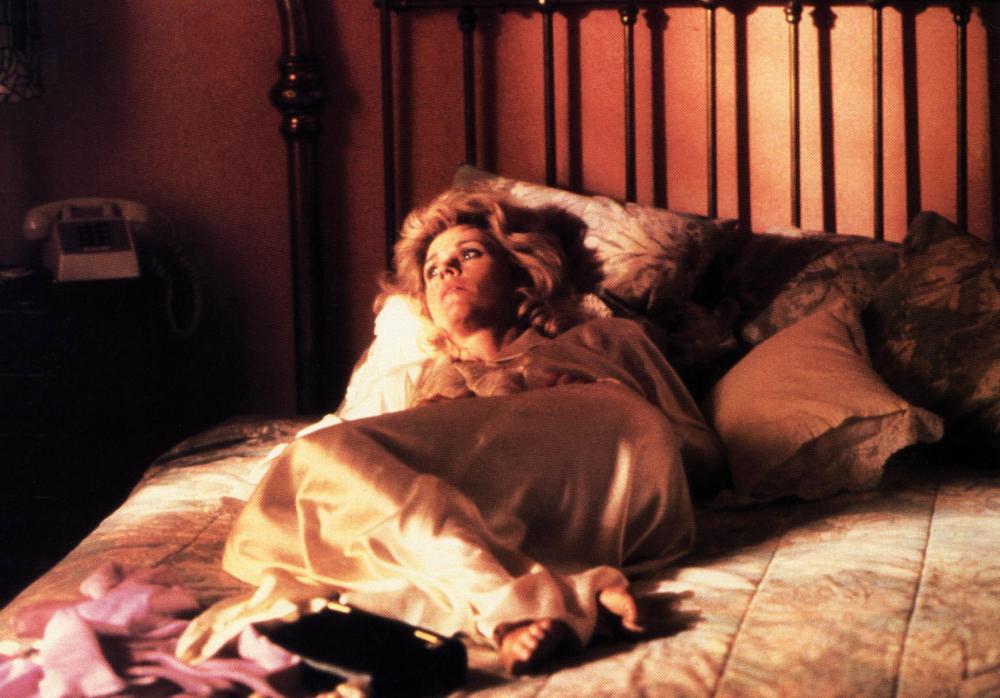 Jane Fonda is always very good but in the moments she is great, she might not have any peer. Lumet had a gift and it is on display here as Fonda is devastating as a once famous movie star, now an alcoholic who wakes up one morning with a lover with a knife in his chest…stone dead. The actress captures with heartbreaking realism a woman struggling with getting off booze to save herself. She was nominated for an Oscar for this, one of her last great performances. 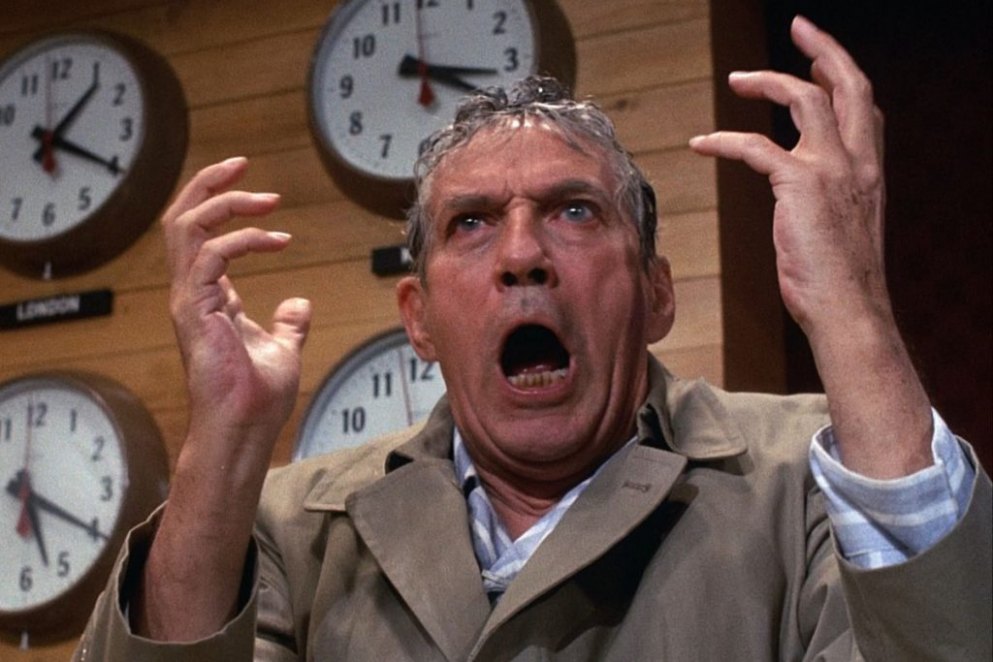 Though he won an Oscar for Best Actor let’s be clear it should have been for Best Supporting Actor. As the newsman in the throes of a full scale nervous breakdown who believes he is speaking to God, Finch is electrifying in his twenty minutes of screen time. Like a wounded lion roaring out his last protests against the world, Finch is superb. When off screen he is all we think about and when on, we cannot take our eyes off of him. “I’m as mas as hell and I’m not going to take it anymore” became a seventies mantra.

One of the very best performances the actor gave in one of the directors best films. As an alcoholic ambulance chasing lawyer who is handed an easy and potentially lucrative case against the church. Seeking to do the right thing, he decides to fight, and digs down to find the lawyer he wanted to be, the man he yearned to become. It is a brilliant performance that sees a man at his lowest, claw his way back to respectability. Brilliant. Described as television incarnate, Diana does not, cannot exist without her job which is to program television. She has detached herself from humanity to the extent that she has no soul, she dreams in television, thinks in television, her life is like a TV show. Demanding to a fault of those around her, Diana is a ball breaker to all around her, male or female, and her affair with an older co-worker is doomed. Diana is a huntress, she seeks blood, anything for ratings. 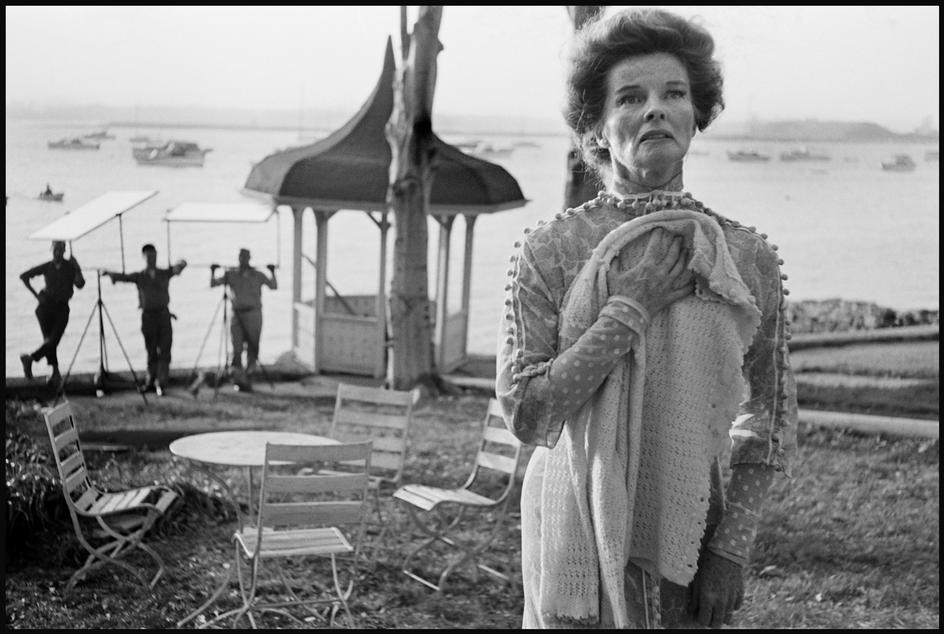 Hepburn was one of the greatest actresses in movies long before she portrayed Mary Tyrone in this superb adaptation of Eugene O’Neill’s finest play. As Tyrone, the drug addled matriarch, Hepburn is mesmerizing, haunting and altogether breathtaking. She moves through the film like a ghost, as though she had already begun to disappear. If any film established her as a great actress, it was ‘Summertime’ (1955) and ‘A Lion in Winter’ (1968) and here it is through despair that her art soars. 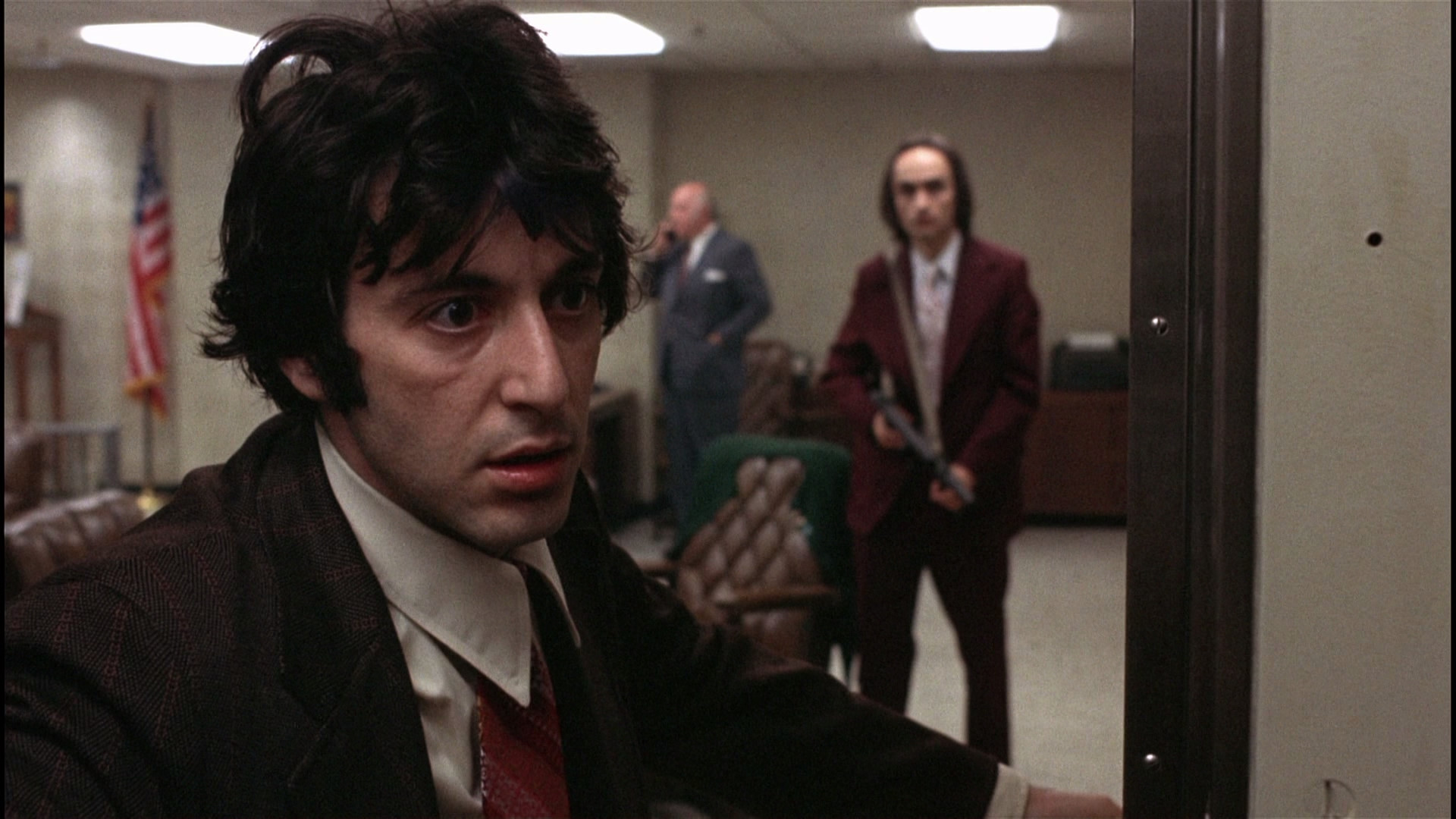 As the gay man who attempts rob a bank to get money for his lovers sex change operation, Al Pacino is electrifying in one of the finest performances of his career. As a  man caught up in circumstances he cannot control, he tries to get his way but the situation spirals out of control. Whether grandstanding in front of the bank to the crowds who love him, chanting Attica at the police who want to take him out, or gently speaking with his accomplice Sal, who wants to kill the hostages, Pacino dominates the film. He was only better one other time, as Michael in ‘The Godfather Part II’ (1974).