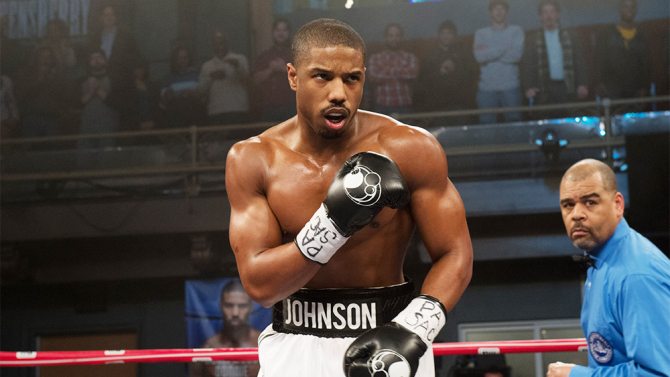 Sometimes, the crux of an entire film can be communicated in one, glorious moment; where everything comes perfectly together, in terms of characters, their motivations and the overall theme of the film. It may be a moment which makes you go, “Oh boy, that just didn’t happen.” Or it could be one which pulls your heartstrings. Good scenes can build tension, mount suspense, make you cheer, make you cry and make you sigh. We are starting a series of articles where we will talk about some of the best scenes in films and why they work.

I will start off the series with a pulse pounding action sequence. A tense, nail biting sequence which had us all in awe. The single-shot boxing sequence from this year’s “Creed”.

It’s Adonis’s first fight, and he is visibly nervous. People are watching with bated breaths the return of another Creed. Hopes are high. Will he be any good? Will he follow in the footsteps of his great father?

Nowhere is the anxiety more evident than on Michael B Jordan’s face. As the camera pans out and then moves towards the corner, where he is receiving a prep talk by Stallone, we get to see that our protagonist is determined to prove the naysayers wrong. Then, the camera moves again, giving us the view of his vicious opponent, getting ready to pummel our protagonist. The bell rings, the shot never breaks and it’s showtime. We see both our boxers trading punches after punches and the camera religiously never breaks shot. What is brilliant about this scene is that the tension and the adrenaline is retained throughout, without resorting to quick-cuts between jabs. It shows how alone Adonis truly is once he is inside the ring. It gives us a much more intimate sketch of the character and what he is going through. This is his playground, where he has always wanted to be. There are no cuts in real life, as Alejandro Inarritu himself said last year, and you have to go on. In an interview, Aaron Covington, the screenwriter for the film says that it was a conscious decision on their part to film the scene this way.

We are always excited by innovative filmmaking; we have been fans of Ryan Coogler’s work and are sure that we’ll get to see even better art from him in the years to come.

Check this space for our next post where we will discuss another gem.