Bill Stout Murder: How Did He Die? Who Killed Him? 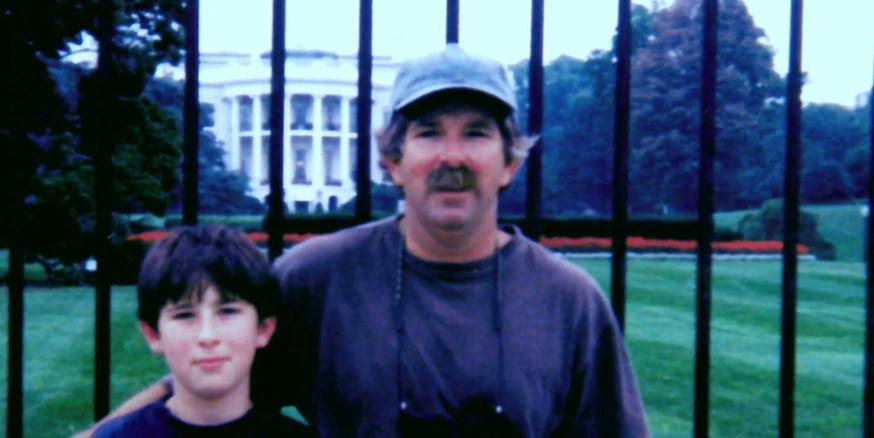 In June 2007, a gruesome death near Darby, Montana, surprised and scared the locals when Bill Stout, a beloved member of the community, was found dead in his bedroom. The authorities who investigated the case found extensive evidence of a cold-blooded murder with everything pointing in his wife’s direction. NBC News’ ‘Dateline: The Box’ chronicles the work that went into bringing Bill’s killer to justice. So, let’s find out more about this case then, shall we?

How Did Bill Stout Die?

William Lee “Bill” Stout was born in February 1955 in San Jose, California. He grew up in the same area and met Anne, marrying her eventually in the mid-80s. The couple had two sons — Noah and Matthew — in addition to Anne’s son from a previous marriage, Ben, whom Bill adopted. The family then moved to a rural area near Darby. There, Bill worked as a drywall installer, and at one point, was also employed at a ranch and a care facility.

On June 10, 2007, Anne went shopping with their youngest son Matthew and returned late in the afternoon. To their horror, Bill was found dead in the bedroom. The 52-year-old was under the sheets with a single gunshot wound to the head. A hysterical Anne called 911 after driving across to a neighbor’s home. The authorities arrived and ruled out the possibility of suicide when the gun wasn’t at the scene. Furthermore, a pillow partially covered Bill’s head.

As per the show, the evidence seemed to suggest that Bill’s body had been moved after his death. Initially, the coroner believed that he had been killed about 8-10 hours before being found. Anne and Matthew left home sometime close to 8:30 am that day, returning around 4 pm. It seemed like Bill was killed shortly after Anne and Matthew left. However, an autopsy placed the time of death much earlier, between 10 pm and midnight on June 9, 2007.

Therefore, the investigators then dug in to understand who was at home the previous night. Noah, their other son, wasn’t at home while Matthew had gone out to meet some friends and returned close to midnight. So, Anne was alone with Bill at home. Furthermore, about 10 days before the incident, Bill reported his gun, holster, and some ammunition missing. This turned out to be the murder weapon and was found in the garage; it was inside the saddlebag on Bill’s motorcycle.

While searching the residence, the investigators found the holster in the laundry hamper underneath some still-wet clothes. The place smelled bleach, and the clothes were washed but not dried. Ammunition was found on top of a safe and had three rounds missing. One bullet killed Bill, another was in the chamber, and a third shell casing was found outside the house. Then, the authorities learned about Bill’s affair with a woman named Barbara Miller in March 2005.

In the time after that, Bill’s family and friends received several letters and emails that seemed to have come from Barbara. The harassment continued for a long time, with Bill even reporting acts of vandalism and hang-up phone calls. But the police ruled Barbara out and believed that Anne was responsible for all of it. In her car, they found two letters similar to the ones from before. The sealed one inside only had her fingerprints, with the adhesive containing her DNA.

Furthermore, the authorities found a glove in the laundry hamper that tested positive for gunshot residue on the outside and had Anne’s DNA inside. In yet another vital link in the case, the email IDs from before were created on Anne’s work computer, and the hang-up calls were traced to a payphone at her work. The prosecution believed that Anne planned the whole thing out, angry about the affair. After killing Bill on June 9, 2007, she acted normal and went shopping with her son before reporting the death. In June 2008, Anne was found guilty of murdering her husband and was sent away for life.