Black Clover Season 5: Everything We Know 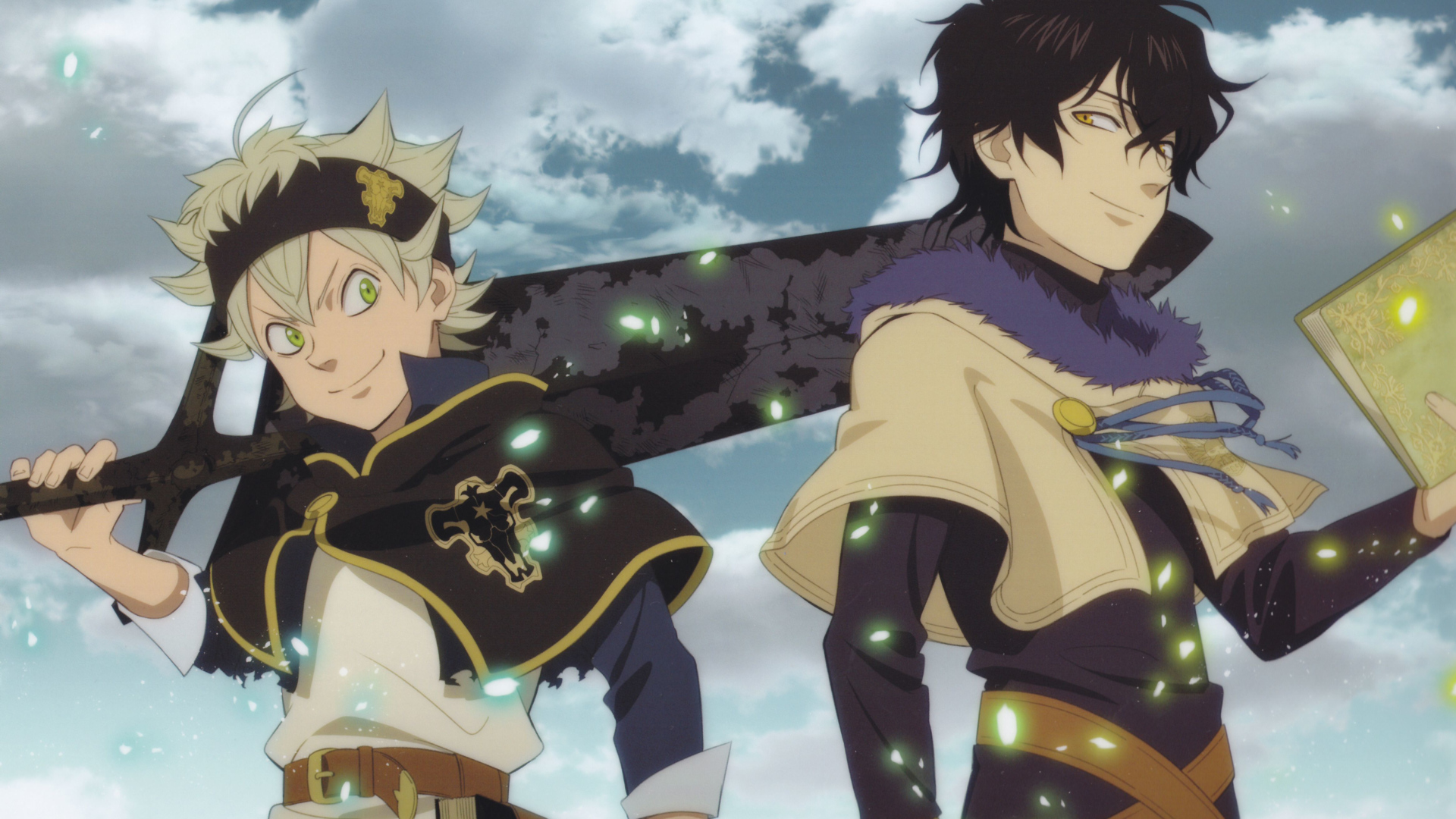 Based on a manga series written and illustrated by Yūki Tabata, ‘Black Clover’ is a high-fantasy anime series with a well-developed magic system, an immersive storyline, and sublime animation. It is set in a world where everything and everyone is brimming with magic, but the protagonist Asta was born completely devoid of it. He grows up in an orphanage with Yuno, a prodigious wind magic-user. Asta eventually overcomes his limitation when he receives the eponymous grimoire, which gives him access to swords that can nullify magic.

Both Asta and Yuno aspires to become the Wizard King, the highest magical authority in the Clover Kingdom. So, they join the magic knights, the powerful sorcerers who operate under the Wizard King and defend the kingdom. While Yuno gets accepted into Golden Dawn, the most venerated squad of magic knights, Asta becomes part of the Black Bulls, made up of misfits like him. The anime series premiered on October 3, 2017, and has since turned into an internationally popular series, spanning four hit seasons. If you’re looking for details on ‘Black Clover’ season 5, we have got your back!

As all four seasons of ‘Black Clover’ originally released without any hiatus in between, all 170 episodes of the series are sometimes considered part of a single block of episodes. In this regard, the anime is similar to other Pierrot shows like ‘Naruto,’ ‘Bleach,’ and ‘Naruto: Shippuden.’ The problem with this format is that it enables an anime to go through the source material quickly. Now, this is the main reason for ‘Black Clover’ going off-air after broadcasting its episodes uninterrupted for nearly three-and-a-half years.

The anime is dangerously close to catching up with the manga, which is also why season 4 of ‘Black Clover’ only has 16 episodes when both seasons 1 and 2 have 51 episodes, and season 3 has 52 episodes. In February 2021, it was revealed that ‘Black Clover’ would finish airing on March 30, 2021, with an “important announcement.” That announcement came on March 28, 2021, with the revelation that the development of a ‘Black Clover’ movie has been greenlit. The announcement also mentioned that further details about the project would be revealed later.

As for season 5, it might be a while before Studio Pierrot goes back to developing TV versions of the material, at least not until Tabata has once again put a safe distance between his manga and the anime. If the film manages to replicate the show’s success, the producers might want to continue producing more ‘Black Clover’ films. Taking all this into account, we can assume that ‘Black Clover’ season 5 might release sometime in 2024 or later.

Black Clover Season 5 Spoilers: What can it be About?

In the season 4 finale or episode 170, the backstory of the devil inside Asta’s grimoire is revealed. Being a low-ranking devil with no magic, he could pass through the barrier between the underworld and the living world. He was subsequently adopted by a human woman named Lichita (or Richita), who named him Liebe. She was killed while protecting him from Lucifero, a high-ranking devil. It is also revealed that Lichita is Asta’s biological mother.

Asta defeats Liebe in their duel. However, instead of subjugating the devil, he befriends him, forming an unprecedented bond. The episode ends as the Clover and Heart Kingdoms prepare to invade the Spade Kingdom to prevent the Dark Triad from opening the barrier and letting the devils into the living world. The alliance also wishes to rescue Yami, Vangeance, and Princess Loropechika.

In the upcoming film, Clover and Heart Kingdoms’ war with the Spade Kingdom might truly begin. This is the ongoing arc in the original manga series, so the later part of the story hasn’t been revealed yet, even in the source material. Asta and Liebe might train under Nacht to gain a United Form. Asta might learn about his mother. Meanwhile, Yuno might train with Langris, the former vice-captain of Golden Dawn. The magic knights might have to defend the Clover Kingdom from an attack from the Spade Kingdom before launching their own strike.

Considering the issue that the show’s format has caused, the prospective ‘Black Clover’ season 5 might have only 12 to 25 episodes like most anime these days. It might depict Asta and Yuno’s future battles with devils, other hostile kingdoms, and antagonistic non-human races. It might also focus on one of the boys realizing their shared dream and becoming the Wizard King.