Review: ‘Black Panther’ is the Best Film Marvel Has Ever Made 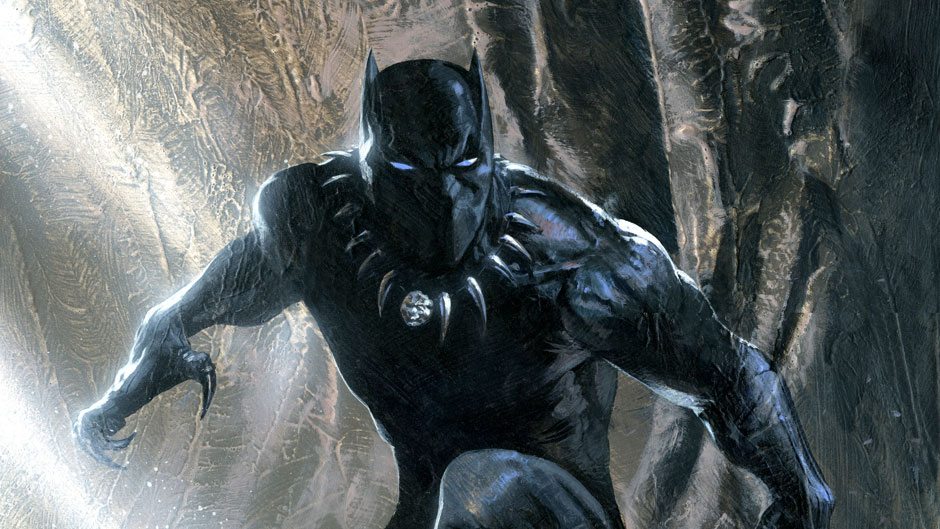 The word masterpiece gets thrown a lot these days and I suppose I might be as guilty as the next critic as declaring films such, though I usually save it for the fall releases. However when I do it is because I believe they are, and I continue to champion them as such for the rest of my days. In these days of comic book hero adaptations, Marvel and DC creating their own studios, I have seen all the films, but just two from this new genre do I call masterpiece and frankly it is already a tired genre with more than its share of duds. Since 2001 we have seen three different actors portraying Spiderman, two actors portraying Superman since 1989 there have been five actors portraying Batman, it often seems more about who is wearing the suit than the character.

When a gifted director such as Christopher Nolan or Patti Jenkins (Wonder Woman; 2017) gets their hands on the material, they can elevate to something very special. The Dark Knight (2008), obviously as that stunning film elevated the comic book to an art form. The second? This new film, Black Panther, one of the greatest surprises I have ever had in a cinema, and among the happiest. It is the best film Marvel has made, and could conceivably be an Oscar contender next year. Last year, Get Out (2017) a divisive horror film was in release a full year, on DVD already yet found its way into the Oscar race in major categories. Why not Black Panther? Seriously, why the hell not? 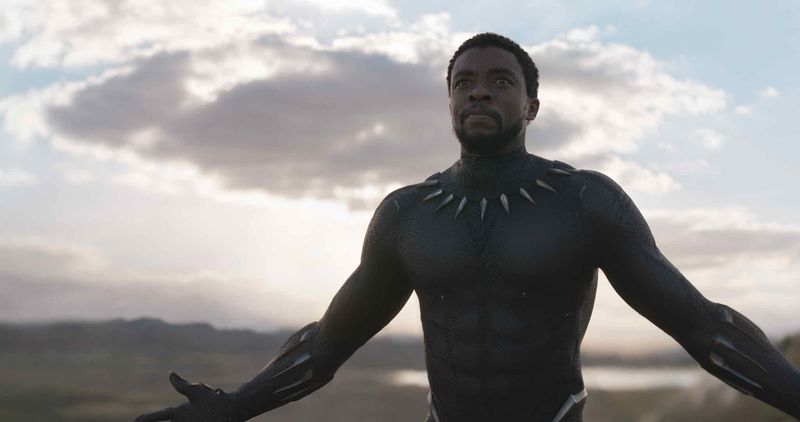 Both Nolan and Jenkins elevated their characters to myth, and audiences fell into line, adoring the myth, understanding what was happening and going with it. Ryan Coogler, who through the strength of his last film Creed (2015) knows a thing about myth-making has the good sense to take his character and film in that same direction, and the results are simply stunning.

The character Black Panther, was first was seen with the Fantastic Four in 1966, and frankly was never at the upper echelon of superhero characters. Yet on film, it will undoubtedly find an audience and they will not just be African Americans as the film has an appeal that could easily make it an around the globe money monster. I sat down to watch the film with no expectations, realizing I was tired of comic book adaptations. Partway through I was in, completely, and knew I was watching something tinged with a greatness that The Dark Knight (2008) had. This is why at fifty-eight I can still find treasures at the movies that keep me alert and fresh, that reminds me of my love for the movies, and remind me that at the end of the day everyone loves great movies. How can anyone become jaded when they are in the midst of such a profoundly great film? 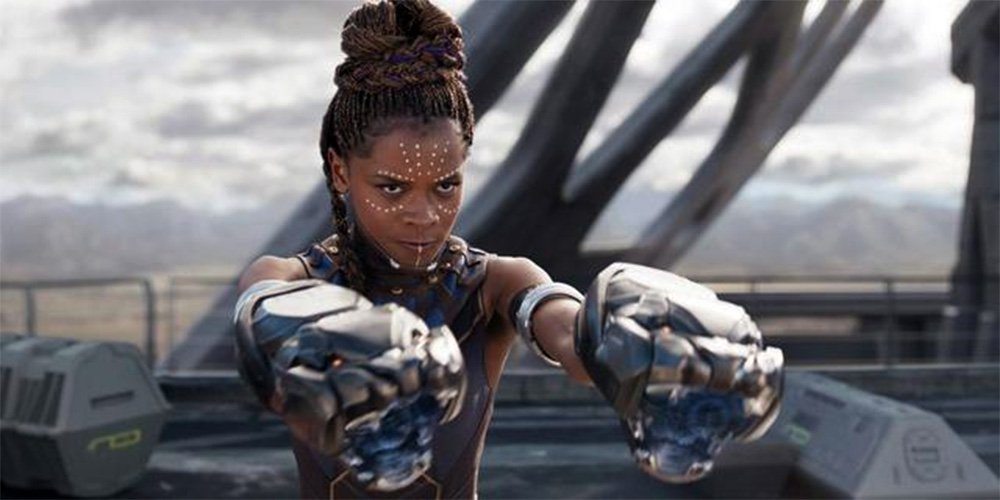 The nation of Wakanda is a peaceful well-guarded place in Africa, a place where the people have managed to keep quiet the fantastic innovations they have there. Empowered by a mystery metal, vibranium, they have managed to create a world where vehicles soar through the air, a world of futuristic wonders set today in the present, and for the most part, they have kept it a secret. Skyscrapers with thatch huts soar into the astounding blue skies, technology merges but never overpowers the obviously rural land in which they call their home.

T’Challa (Chadwick Boseman), a prince in his country is the latest in a long line of princes to also be Black Panther, a superhero who wears a suit spun with their miracle metal vibranium which makes him indestructible. Fast, acrobatic, sleek like the jungle cat he is named for, he is a wonderful new superhero because frankly not much is known about the character other than by hardcore Marvel comic fans. When a nasty soldier, Killmonger (Michael B. Jordan) discovers what they are hiding in the country, their precious metal, he wants it of course. Killmonger believes the metal should be used to arm the oppressed to prevent any form of oppression against Africans to ever take place again. Villains also turn up in the guise of Klaue, portrayed by a thuggish, sneering Andy Serkis and anyone who wants to steal the metal and expose the secret to the world for their own selfish gain.

Even T’Challa’s ex-girlfriend, Nakia, portrayed by Oscar winner Lupita N’Yongo believes the metal should be shown to the rest of the globe, but to do good, innocently not seeing or realizing others would use it against her city. Without divulging too much of the plot, some vibranium is hidden and it becomes a grand chase film, but something a great deal more. Never before has a film about Africa Americans placed them in such a world encompassing position, with one of their own as the hero relied on to save the day. As Wonder Woman (2017) spoke to women so will this film speak to African Americans! 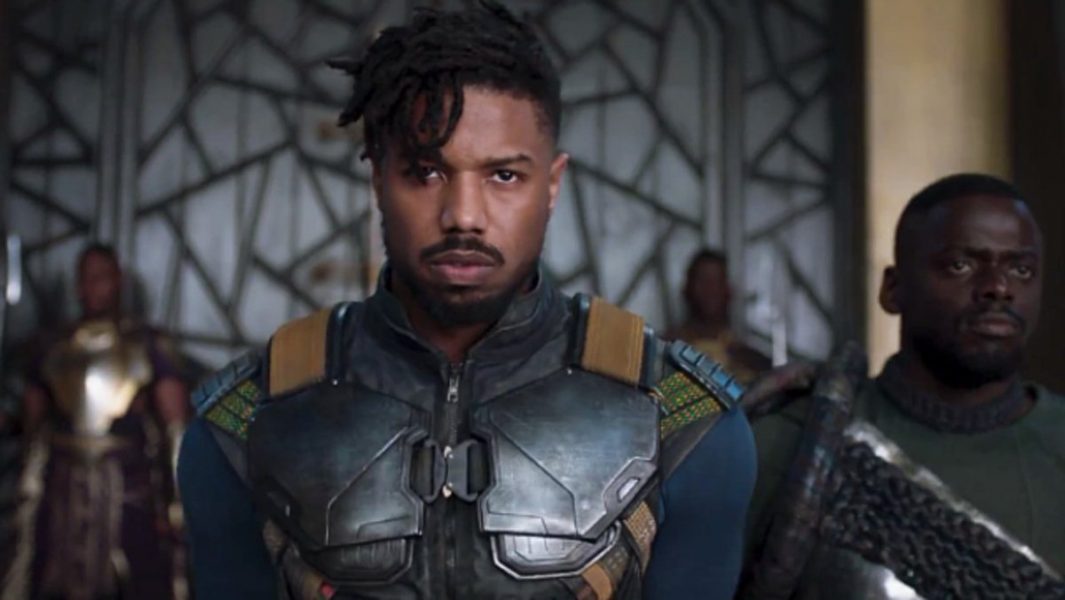 Boseman is a magnificent hero, settling into the role with an ease that clearly states he was born to play this part. Confident, he moves with the grace of a jungle cat, sleek and strong, fast and with purpose, his eyes piercing. Jordan, so good in Creed (2015) is buff and charismatic as the villain, leading perhaps to questions why he was not cast as the Panther, as good as Boseman is? The two actors represent the future of African American actors in the business, each destined for greatness and Academy Awards discussion.

Andy Serkis has fun as a bad guy, great to see him on screen without loads of computer-generated images on top of him, a nice reminder that a great character lurks below. The rest of the cast is a recent sho’s who of fine African American actors including N’Yongo, the great Forest Whitaker, Angela Bassett, Emmy winner Sterling K. Brown and current Oscar star for Get Out (2017) Daniel Kaluuya. All do exceptional work, but none overpowers the excellent storyline and performances of the two lead characters.

The action sequences are utterly breathtaking, some of the best committed to film in the last thirty years, with dynamic chases, stunts, and feats of courage and strength performed by Black Panther. My jaw hit the ground more than once throughout the film and considering my disdain for comic book adaptations my absolute love of this film is a minor miracle.

Marvel has had some good films, a couple of great films but they have not released a bonafide masterpiece, until now. When the end of the year comes around, this film will top many ten best lists, and if there is justice show up in the Oscar race. Ryan Coogler, an unknown five years ago will move to the top of the A director list with this film, boldly directed with a confidence that was thrilling to see. He remade Rocky with Creed (2015), refashioning the myth of Rocky Balboa in the film, and he brings that myth-making genius to this picture. If all comic book adaptations were this good, I would love them as I love The Dark Knight (2008), Wonder Woman (2017) and this.

Cannot wait to see it again!