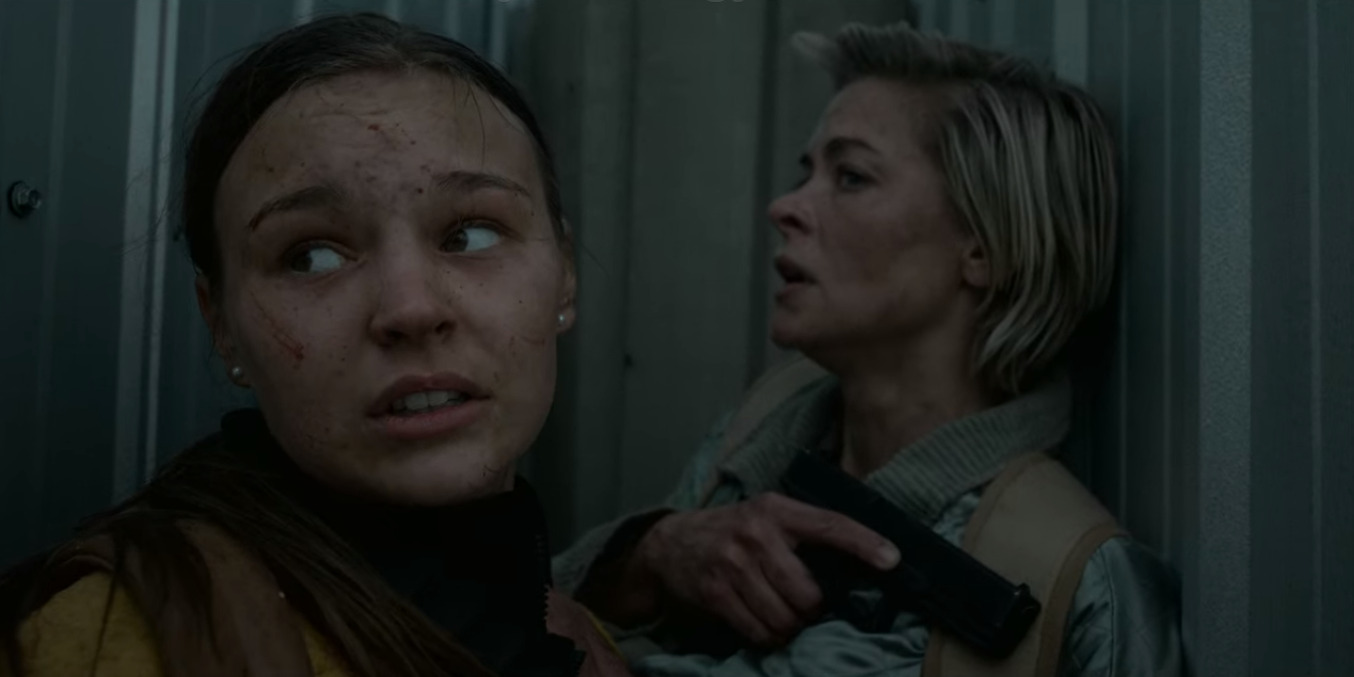 How do you kill those who are already dead? This is the question that forms the kernel of most zombie horror series and films. Ideated by Karl Schaefer and John Hyams, the survival horror series ‘Black Summer’ is a gore and grim portrayal of a zombie apocalypse. Set in an earlier timeline in the ‘Z Nation’ universe, the spin-off series follows a group of people who confront and collide with each other in a dark world ravaged by the undead. The first season ends with Rose reuniting with her daughter, and the second season moves the story forward.

In contrast to the previous season, the second season is colder and far more hostile as the characters struggle for survival in the literal Darwinian sense – people kill off or abandon each other, old familiar faces bring back scarred memories, and militant factions emerge to meet the needs of the sinister time. The open-ended finale brings ongoing journeys to a close while showing the promise of new encounters. Some plot points are rounded up, and some remain to be explored further. If you have questions popping up in your head after watching the season finale, we shall try to go back to the wilderness and find answers. SPOILERS AHEAD.

In the aftermath of the first season’s events, Rose, Anna, Spears, and Sun stick together to fight the undead as they keep going north. Their destination is the airstrip, where they will supposedly find the airplane that will take them away. Spears is heavily wounded, and concluding that he would slow down the rest, Anna and Rose take their leave. Sun attempts to save Spears, but she is taken hostage by a militant group led by the formidable Ray Nazeri. Rose and Anna move ahead and take shelter in a mansion. The ambiance of the mansion is welcoming, but as conflicting interests take root, a few of the early inhabitants of the mansion venture out to retrieve the airdrop.

In their absence, an itchy elderly woman and her two sons, the neurotic Sonny and the meek Freddie, take control of the household. Rose and Anna do not put their guards down. Upon insistence from Sonny, Freddie goes out to get woods in the dark. Sonny threatens a woman to contact the pilot. When the woman makes a wrong move, Sonny shoots her. But she turns into a zombie, putting other lives in jeopardy. To mitigate the crisis, Rose and Anna shoot the rest. By the time Freddie comes around, his family is dead. 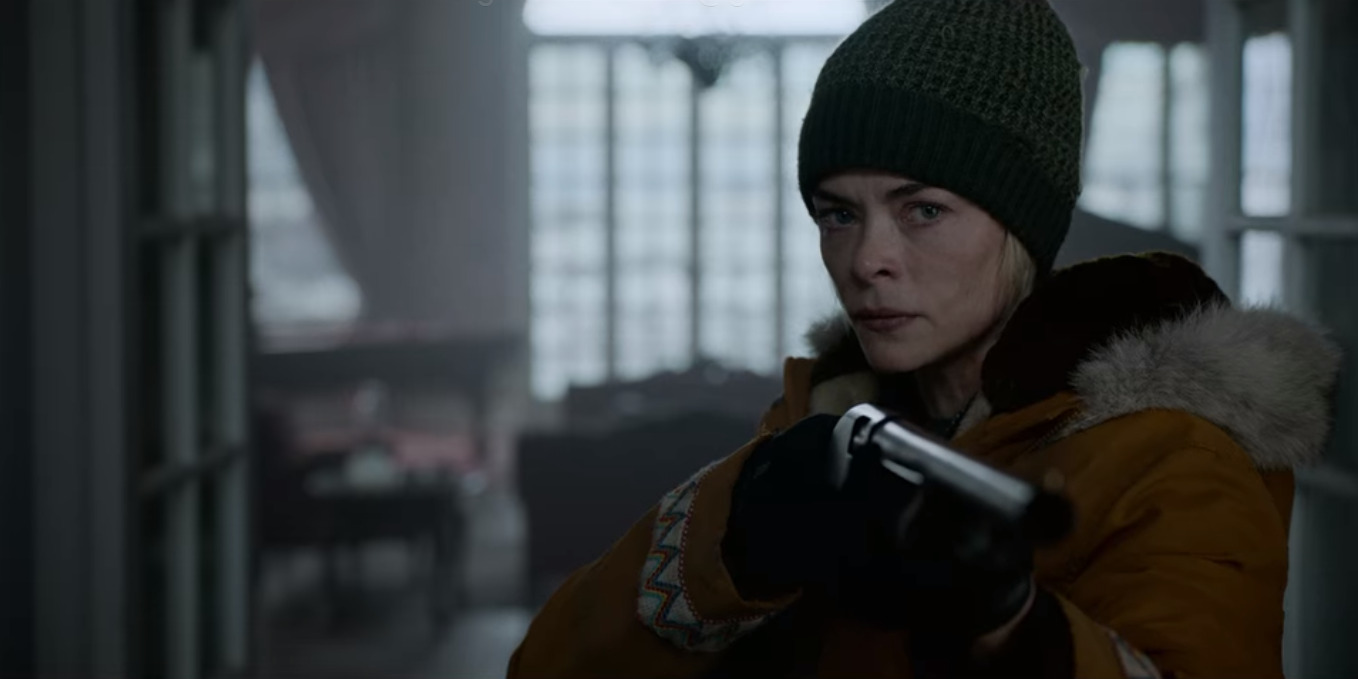 But the militants have surrounded the home, and Rose is outnumbered. The enemies set up Sun to wave a white cloth to indicate that they are friendlies. Rose is not convinced, and as the enemy breaches the shelter, Rose and Anna lay low in the bathtub. Meanwhile, they meet Boone, who was hiding in the mansion from before their arrival. Boone manages to convince Rose that he is a blessing, and with his help, Rose and Anna reach the Elk Valley Lodge, where they have enough supplies to last them a year.

To his astonishment, Spears is still alive. He meets an old associate, Braithwaite, and moves forward. In a plot twist, we get to know the real name of Spears – Little James. He used to work as a hitman for his thug brother, Big James. Little James and Braithwaite go way back, and as Braithwaite helps Spears recollect, we get to know that Spears, aka Little James, put two bullets in Braithwaite in a past encounter. It is nothing less than a miracle that both of them are alive and at the disposal of each other, but as troubled times bring people closer, Braithwaite concludes to let bygones be bygones. Braithwaite finds a horse while Spears continues his journey on foot.

Factions converge near the airdrop, and gunfights erupt. Mance and his team are the first to get there but are held at gunpoint. The gunner makes a deal – they will carry the crate to the ridge and keep their fair shares. But the crate is heavy, and on the elevation, Mance loses his grip and falls back down. His two teammates, Jase and Natalie, seize the opportunity to run away while Mance is left to fight off zombies.

Other factions follow soon after, and Sun is caught in the middle of a crossfire as her attempts at pacification go to waste. Meanwhile, Spears shows up at the Elk Valley Lodge, and Rose is surprised to find him alive. Spears asks for death, and Anna complies. Later, as winter comes to an end, Rose and Anna move towards the airstrip, where all the remaining factions collide. As the hostile situation sprawls out of control, the undead outnumbers those who remain alive.

So far in the story, Rose has been figured as a protagonist around whom the rest of the narrative is woven. In the season finale, Rose and Anna reach the airstrip. As they run from Boone, who has turned into a zombie, they see Ray and another woman from his team moving cautiously with a captive Sun. Rose and Anna hide their ammo and decide to surrender to Ray. Meanwhile, zombie Boone runs after them, and they run to a nearby garage to take shelter. However, unbeknownst to them, they are caught in a snare laid by the enemies. 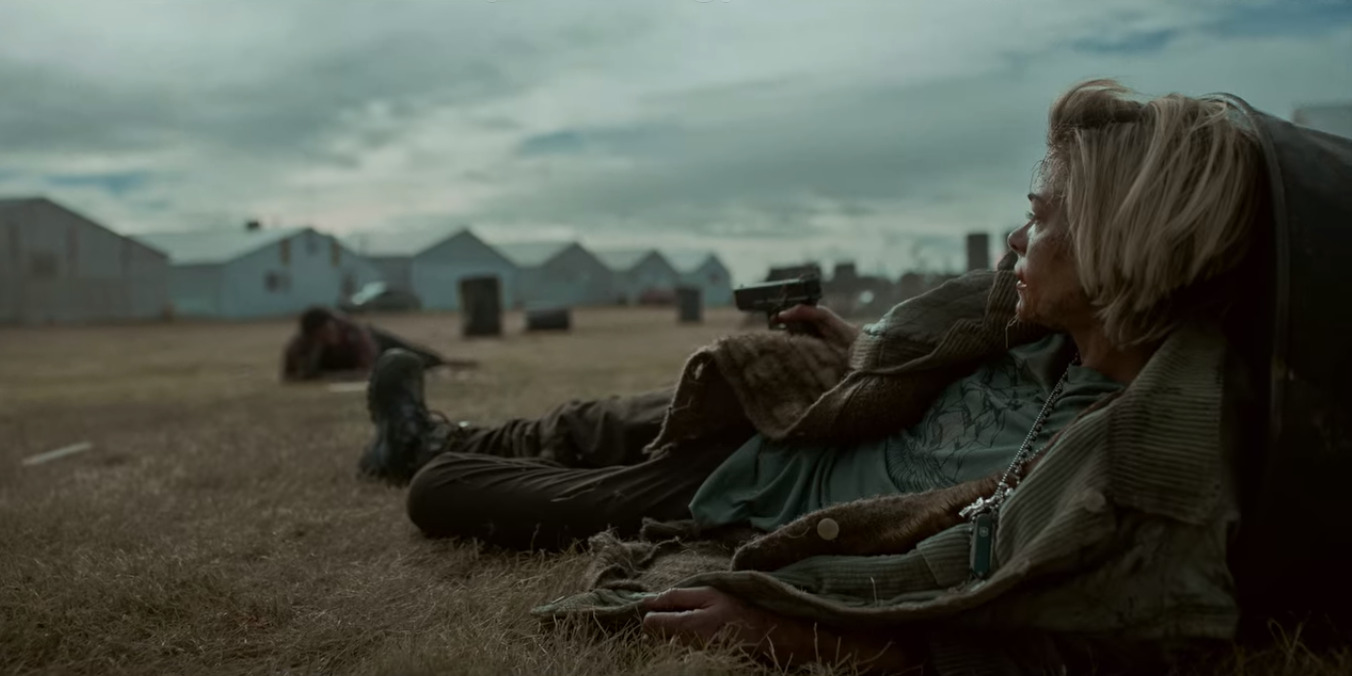 As Rose points her gun on the head of Ray, the barrel of another gun pokes her in the head. The gun is held by the leader of the same renegade group that Ray previously encountered near the airdrop. In the mayhem, Ray is badly beaten up, while Rose gets her hands on a flare gun. In the meantime, someone bangs on the door, and one of the renegades opens the door to let the stranger in. But the stranger has turned into a zombie, and as he comes in, more follow. Gunfire erupts, but zombies infect the living. Rose, Sun, Anna, Ray, and the other woman come out of the shelter, locking the undead in. Ray threatens the rest with his gun but is distracted as the airplane lands nearby.

Rose takes out her flare gun and shoots at a barrel of explosives, and the impact of the spectacular explosion throws her to the ground. Rose is heavily wounded, and she urges Anna to go and board the plane without her. Anna comes back to discover Rose to be still alive, but we feel that it will not be long before she follows the same fate that has befallen others. The journey of Rose perhaps comes to a close. But Anna, who is introduced in the season as a major character, is still alive, and the future could unfold through her eyes.

Why Does Anna Not Board the Plane?

The character of Anna takes on a major role in the unfolding story of the second season. As prophesied throughout the season, the plane comes to rescue those who are still alive. In the nick of time, Sun boards the plane and, to her astonishment, meets a pilot who speaks Korean. However, at the last moment, Anna decides against boarding the plane. Anna fears uncertainty, and as she does not know where the plane is headed, she is hesitant to commence the journey.

While she is guided and protected by her mother until now, the season finale sees her getting separated from her mother. In finality, she decides to take control of her own fate and manages to find a car. Anna comes around to see if her mother is still alive, and when she is assured that her mother can survive the last moments on her own, Anna takes leave. The future seasons will perhaps see her acquiring the center stage in the absence of her mother.

Is Mance Dead or Alive?

Apart from Anna and Sun, the only other person who makes it out alive from the final carnage is Mance. In a noble gesture, Mance distracts the zombies from Anna, and the hoard comes after him. In the finality of events, Mance defeats the undead, but we are not sure whether he is infected or not. Most likely, he is bitten by a zombie and will follow the fate of the millions, but he can hopefully make it till the next season.

What Happens to Braithwaite?

The talkative stranger who crosses paths with Julius James, aka Spears, is one of the most memorable characters from the season. Although he has a screen presence of merely one episode, he makes a lasting impression in the viewers’ minds. In this seemingly strange episode, we also meet a phantom rider on horseback, although the season does not reveal his identity. The rider could be an incarnation of Death itself, following the fable of the Four Horsemen of the Apocalypse, who figure in Christian mythology. 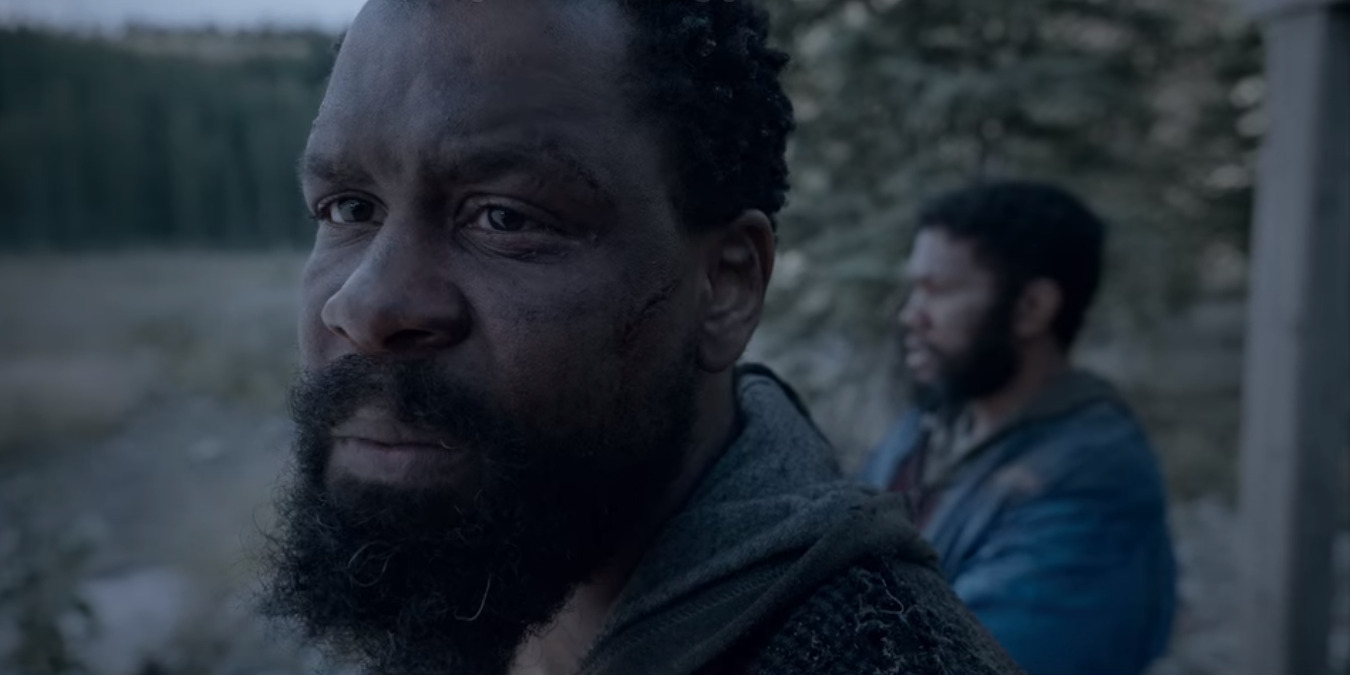 Towards the end of the episode, as memories give way to present revelations, Braithwaite is willing to let go of the bygones. As Braithwaite talks about choices, Spears points the gun at him. But before he can pull the trigger, Braithwaite discovers a horse roaming by the river and walks towards it. As the episode comes to an abrupt finale, we do not know of the fate of Braithwaite. But we believe that he is still alive and proceeds on his journey through the dystopian wilderness.