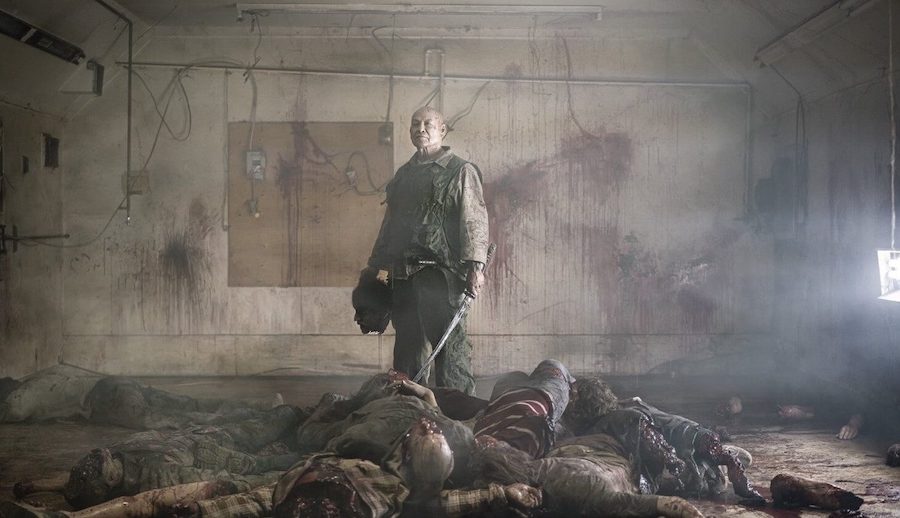 Horror used to be a genre that the audience would connect with simple, often mindless entertainment. These movies were supposed to be scary and nothing more was expected of them. But, recently, there has been a wave of horror movies that are not just interested in scaring people but also aim for socio-political commentary. ‘Blood Quantum’ happens to be one of them. While on the surface, it looks like a simple zombie-horror, its true depths reveal a different facet of the story. SPOILERS AHEAD

In 1981, strange events start to happen at the Mi’gmaq Reserve of Red Crow. Gutted fish and dead dogs start to come back to life. Soon enough, the disease spreads to people and a pandemic is unleashed on the world. Traylor, the sheriff of the town receives several reports about people biting each other and other weird things happening around town. As the situation gets worse, he tries to contain the damage, while also trying to understand how the virus works and how to save his people from it.

The Significance of Blood Quantum 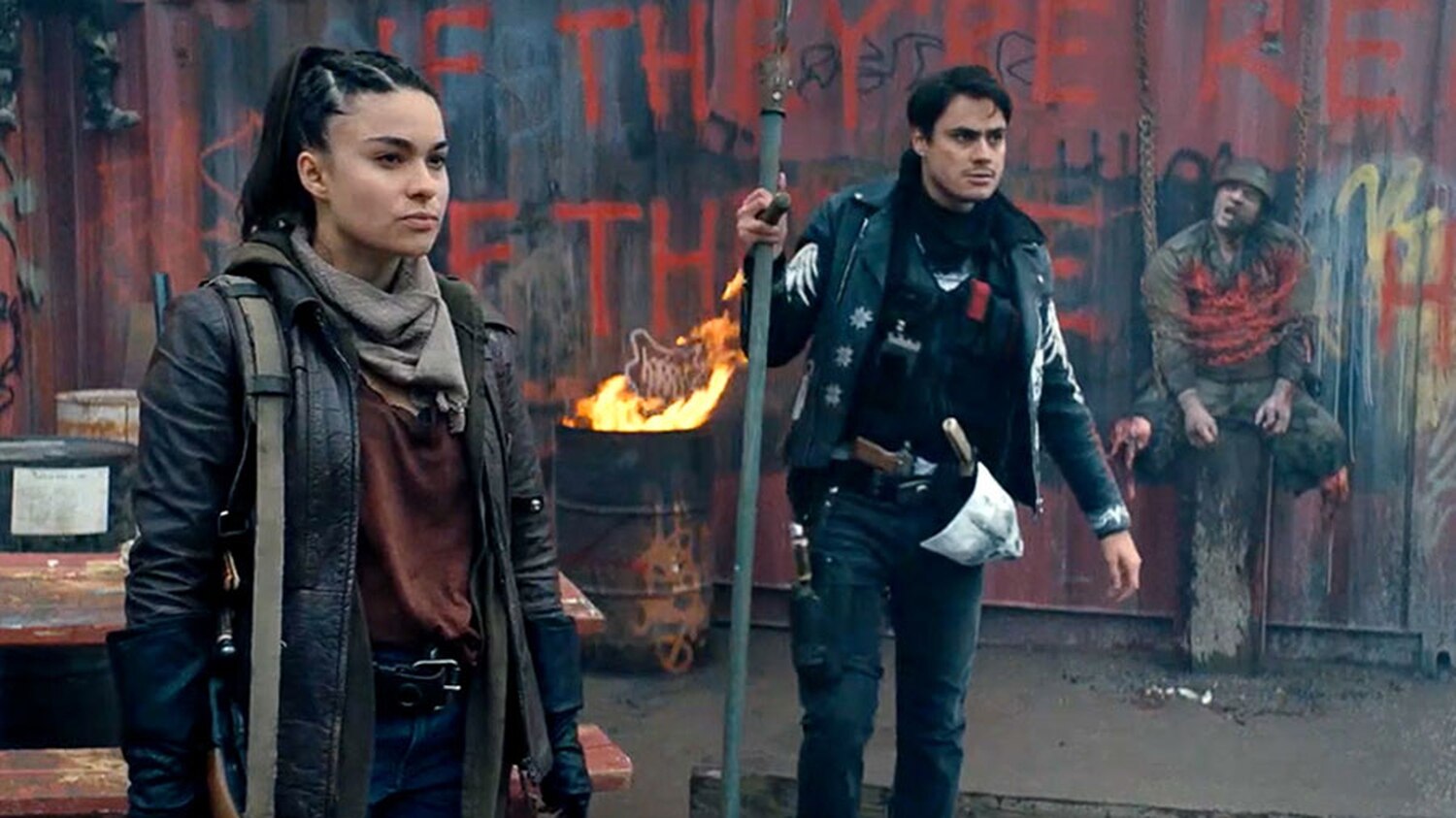 While most zombie movies stick to the same tropes, regarding the spread of disease, among other things, what ‘Blood Quantum’ does differently is also one of the many ways it comments on the social hierarchy. When we see the virus spread, almost everyone gets bitten. From the sheriff to his son, who are supposed to be the heroes of the story, the virus spreads rapidly through the town. And yet, six months later, both the sheriff and his son are alive and well, and have not turned into zombies. This is when we realize that every zombie we have seen in the film so far has been a white person.

This is when it is revealed that the indigenous people are immune to whatever is turning people into zombies. The natural question is: why? Instead of giving some scientific answers to the mystery, the film digs into the history of the Natives and their struggles with the white people. In its deepest sense, this scenario might as well represent the attack of white people on the indigenous, and the following overrunning of native lands, the genocide of the indigenous, and the destruction of their way of life. It is this context which also explains the anger that Lysol harbors against the non-Natives who are being provided shelter. He warns everyone that, once again, white people will be their undoing.

In one of the scenes, Gisigu says that the reason this virus has destroyed all the world is that the Earth is trying to revert to its old ways. It is trying to heal itself from the damage done to it due to the exploitative methods of the humans in the name of development. Capitalism is exposed as the enemy, and in a way, white people turning into zombies and feasting on people’s insides becomes a portrayal of the hungry, bloodthirsty society that has been bred in the world. 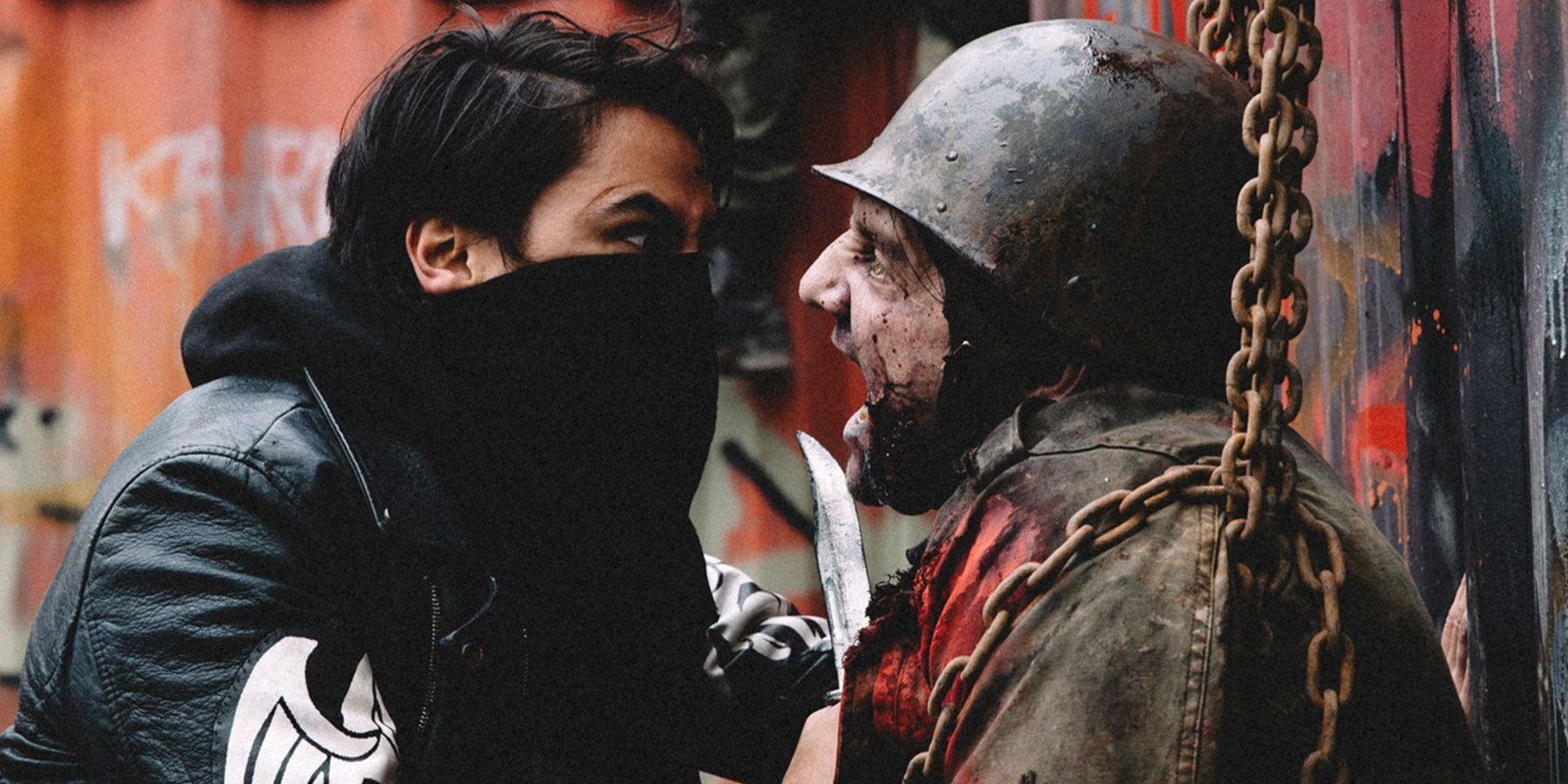 The idea of why indigenous people are not affected by the virus is explained by a simple line that also turns into a harsh truth that is resounded to the world. Gisigu says that it is not because nature is particularly kind to them or something like that. It is simply because they have been forgotten. While it might not seem like very clear reasoning in the context of zombies, the fact of being forgotten is something that you can’t shake off from your mind. What Gisigu means is that they have been forgotten by the government, following the fact that years ago, they were thrown out of their lands and exploited and undone in a way that they are still facing the brunt of all those injustices and brutal marginalization even now, with no clear improvement in sight. Within the context, the movie also cleverly uses the 1981 incident where the Quebec Provincial Police had conducted raids where the fishing nets of the Indian fishermen were confiscated. They were not allowed to fish for salmon in the waters!

This is also where the factor of Blood Quantum comes in. The Blood Quantum law is a way to determine the indigenous heritage of a person and to find out the percentage of Native blood in them, which further decides the policies that they can or can’t benefit from. We see the same thing happening in the movie where the percentage of indigenous blood decides whether or not you are immune to the virus. For example, when a white baby is born, he/she turns out to be infected, but the one of indigenous descent is safe.

Another thing that the film uses to make its premise all the more impactful is the scenario of refugees. With the virus ravaging the rest of the nation, only the Red Crow Reservation is a safe place, which has been fortified to keep the survivors in. Traylor’s older son, Alan aka Lysol, is at odds with his father and brother about the people they should allow inside. He doesn’t want white people, infected or not, to be brought in. Giving them refuge opens the indigenous at the risk of an outbreak inside their walls. Through this perspective, the film questions whether or not Lysol’s anger, and that of many other indigenous people, is justified. Is he right in returning the favor to white people for destroying his ancestors? It also becomes a double-edged sword where his anger also turns the whole thing inside out.

Lilith keeps the secret that she has been bitten. When she turns into a zombie, Lysol uses her to spread the outbreak inside the compound. Traylor dies saving Joss and the others, who escape in the truck. They find out Lysol is now wreaking havoc at the town church. Gisigu and Joseph go there to save people, but Lysol corners Joss and Charlie, who are inside the car. He kills Bumper and unleashes a zombie on Charlie. Joseph arrives just in time to save her, but she is bitten.

Gisigu and Joseph wound Lysol and leave him where the zombies eat him up. Joss, Charlie, and Joseph leave on the boat, but Gisigu decides to stay behind, saying that he won’t leave his land again. In his final scene, we see him fighting off the approaching zombies. However, we don’t see him die, so there is a decent chance of him getting out of there alive, even though he is repeatedly bitten.

On the boat, sometime later, we discover that Charlie has given birth. The two men who had brought them on the boat have apparently parted ways, most probably because they had their reservations about the nature of the baby. To Joseph and Joss’s relief, the baby turns out to be immune. After looking at her baby one last time, Charlie asks Joseph to kill her before she is turned into a zombie.