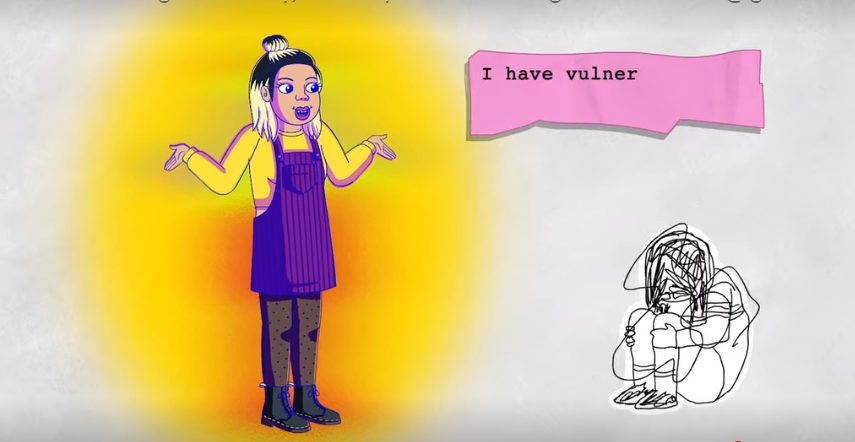 The beauty of ‘Bojack Horseman’ lies in its ability to tell a compelling and controlled narrative that relishes its creators’ inventiveness. The result is a revolutionary, meaningful and enchanting piece of art that pushes the boundaries of storytelling sensibilities. Taking the risk of sounding overtly celebratory, one can even posit that Bojack Horseman sheds light on what might be post-postmodern thinking.

To clarify, the tenth episode of the sixth season of ‘Bojack Horseman’ effectively basks in the outlandishness of postmodernism through its out-of-the-box, crawling-all-over-the-place plot. However, it also successfully strays away from obscurity by a brilliantly executed and well-planned story. It gives the impression of an untethered oozing of creativity that stays grounded to the larger picture by tugs of pre-emptive plotting. These “tugs” always feel fluid, almost as if the story flows naturally in all directions, but towards a common endpoint.

The episode begins with Diane watching a match in Chicago, followed by a musical depiction of her having moved to the city. She is working on her own memoir as a new writing project. She has been taking her anti-depressants religiously.

This is where things get interesting as her thoughts while writing the memoir are depicted in a pencil drawing, sketching journal-like animation style. She is just starting to write and gets overtaken by a large number of recollections about her life that digress in varying directions. These include her troubled relationship with her father, Bojack and guilt over Mr. Peanutbutter, among other things.

Suddenly, the regular animation returns as Bojack calls Diane and we find her in a mall’s food court. Bojack invites her for his class’ end-of-the-semester-performance.

Meanwhile, a couple of reporters find Penny at the restaurant she’s working at. Diane continues her story and the sketch-like animation returns. She digresses severely multiple times and cannot seem to give the memoir a direction. She even writes other unrelated stories. She gets distracted by a sale and starts to shop.

Princess Carolyn calls Diane to ask her about the memoir’s progress. Diane tells her that the memoir might not be the book she wants to write. But, Carolyn pushes her to stick with it as she has already approached a few production companies for potential adaptations. Diane forgets to collect her pills from the pharmacy.

On the other hand, Penny goes to her mother’s house. The reporters have followed her there. The reporters tell her that they are working on a story about Sarah Lynn’s death. Penny tells the reporters that she had seen Sarah Lynn and Bojack together and that Bojack was intoxicated. She also tells them about Maddy: a girl who got alcohol poisoning after dating Bojack.

Penny wants to tell the reporters the truth and tells her mother about that. Her mother persuades her to think over that for a couple of days.

After Bojack’s class’ semester-end performance, Diane tells Carolyn that she doesn’t want to write the girl-detective story. She feels her trauma needs to be written about and it ought to have had a purpose. Carolyn convinces Diane that the girl-detective book will help young girls as much as her memoir with its positivity.

Charlotte calls Bojack, informing him about the reporters having approached Penny. Bojack gets anxious and passes out.

The tenth episode of the sixth season of ‘Bojack Horseman’ is decidedly Diane’s episode and it is by far, the best Diane episode. The makers experiment with an alternate animation style that looks like a moving, pencil sketchbook/journal. With ‘Bojack Horseman,’ no form of creativity is unintentional, unreasonable or meaningless.

It would be an understatement to say that the portrayal of Diane’s anxiety and overthinking with regards to her memoir fits seamlessly with the journal-like animation style. One would find it tough to find a better exposition of a writer’s problem of plenty (an opposite of the writer’s block which has become so commonplace and cliched of a writer’s problem that it risks getting romanticized).

It is almost as if the show’s writers are flexing their creative muscles by depicting just how complex and challenging storytelling could be. One memorable instance is when Diane connects her childhood in Boston to the Boston Tea Party.

It must be noted how despite the protagonist being side-lined for the episode, Bojack’s absence isn’t really a concern. This episode is Diane’s story, and her story is equally important and engaging to the fictional world that ‘Bojack Horseman’ has presented.

Moreover, the episode hints at a possible structure for the second part of the sixth season of ‘Bojack Horseman.’ Will all the episodes take place over the course of one semester? Will all them start at the beginning of a new semester and end with Bojack’s class’ performance? There is only way to find out, but that would not be a bad narrative structure.