Is Bordertown Based on a True Story? 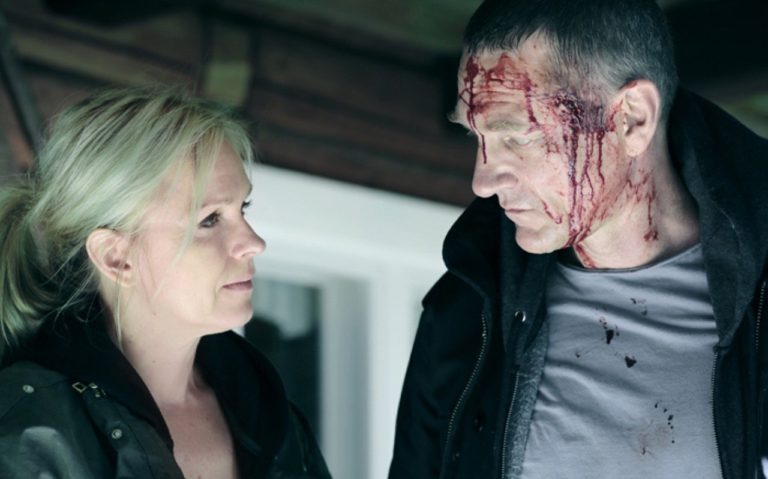 ‘Bordertown’ is a Finnish crime drama that follows the story of a brilliant detective who can’t seem to find a break from crime. After proving himself to be a sharp and clever mystery solver, Kari Sorjonen decides to move to a small town that lies on the border with Russia. His decision comes in the light of his wife’s struggle with a brain tumor. Believing that calmer surroundings would help her heal, he shifts to Lappeenranta. He thinks that because the crime rate is low there, he would be able to spend more time with his family. His hopes are shattered when he soon finds himself at the helm of an investigation about brutal serial killings.

‘Bordertown’ spins an intriguing tale of crime with an alluring character at its center. While the brutality of murders in the show makes us hope against the existence of such killers, we can’t help but wonder if they do exist, after all. Does the show find its inspiration from real-life cases? Here’s the answer.

Is Bordertown Based on a True Story?

No, ‘Bordertown’ is not based on a true story. It is a Nordic noir crime drama written by Miikko Oikkonen. With the increasing popularity of Nordic crime shows, Oikkonen knew that creating another story in the genre would be challenging. By now, certain clichés have been attached to it, which makes the shows predictable for the audience who are in the habit of binging shows. He wanted to do something different.

To reinvent the drama, he decided to make it more family-oriented. While other such shows generally rely on a sullen detective who is more of a loner, Oikkonen made his protagonist a family man who would uproot his well-established job to settle in a completely different part of the country. So, even though Sorjonen’s method of crime-solving might remind you of celebrated detective figures like Sherlock or Patrick Jane or Kurt Wallander, you see that he is a different person at the core.

Through this approach, Oikkonen also wanted to stray from the things that people have come to expect from such TV shows. Despite the plot of brutal murders in a small town, he also wanted to add some levity to the story. Within the cold and gritty exteriors of the story, he wanted a warm heart that would be its lifeblood.

This also allowed him to give the “outsider” touch to Sorjonen and the feeling that chaos has followed him to the small town he now calls home. “We chose to show the border town as an idyllic, lovely little town as a metaphor for the warm family story, contrasting with the very dark crime element,” said the creator of ‘Bordertown’.

Because the town plays such an important part in the story, he looked for a real place that could help bring out all the shades of the story. Owing to its location and aura, Lappeenranta stood out, and also because Oikkonen grew up there, he knew it more intimately. It also allowed him to expand the story to the Russians, bringing a new unpredictable element in the show. The clash and merger of cultures, economies, and people in Lappeenranta gave him enough drama to sew into the story.

Through the Russian storyline, he also aimed to break the stereotyping of the people on the other side of the border. “It’s important for us and YLE to have family at the center of the story. Also, the fact the whole story is set on the border with Russia is not because we want to or do see them as a threat, which is normally used in a drama. In Bordertown, almost all the crimes come from the Finnish side,” he said.