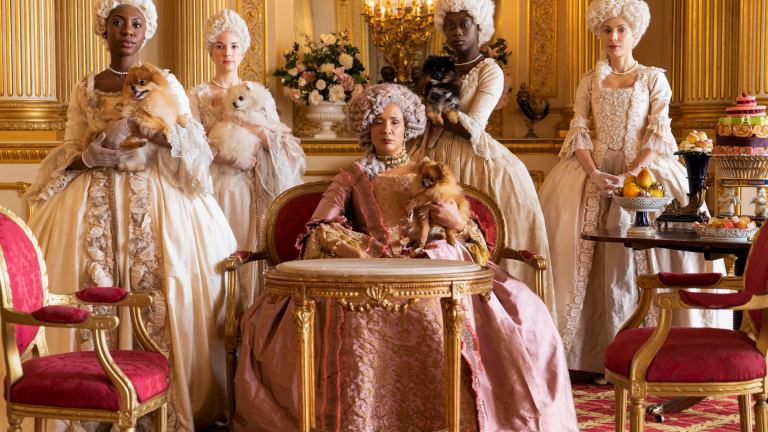 Set in 19th century Regency England, Netflix’s ‘Bridgerton’ is a historical romance drama that revolves around a prolific aristocratic family – the Bridgertons – as they navigate the choppy waters of London’s marriage mart and try to avoid any kind of scandal. Their escapades are often reported on in Lady Whistledown’s scandal sheet, which is the old-timey equivalent of Gossip Girl’s blog. Season 1 centers on Daphne Bridgerton’s quest for finding true love, best friend, and husband, preferably all rolled into one. Let’s dive straight into the third episode. Here’s the recap and our review of it. SPOILERS AHEAD.

‘Bridgerton’ season 1 episode 3, titled ‘Art of the Swoon,’ continues the love story of Daphne and Simon, the Duke of Hastings, as they fight their growing attraction to each other and try to just stick to their sham courtship. Lady Featherington decrees that Marina will be wed at the soonest before she begins to show and everyone finds out about her condition. Daphne’s popularity is definitely on the upward swing, but try as she might, she is unable to make a connection with anyone but Simon.

The arrival of a Prussian Prince causes a great stir and promises to make things exciting when Daphne catches the Prince’s eye. Anthony and Daphne share some quality sibling time, and at Daphne’s behest, Anthony tells her a bit about Simon’s background (though not about his best friend’s childhood stutter and subsequent abandonment by his father). The Bridgertons visit the Somerset House to look at some paintings, and Benedict finds himself in a mildly embarrassing situation when he critiques a painting right in front of the artist.

Eloise laments the fact that all men see all women as nothing more than decorative objects. While out promenading in the park, Daphne asks Simon to explain the intimate workings of marriage (since her mother won’t tell her anything), and he gives her a lesson in self-pleasuring. Siena, the opera singer, tells Anthony that she is done letting him string her along. Lady Featherington and her housekeeper forge a letter by Sir George, Marina’s soldier boyfriend and baby daddy, and lead Marina to believe that he does not care for her.

They do this to make sure that Marina agrees to marry some other man, the first that proposes. When Lady Danbury demands to know what Simon’s intentions are for Daphne, he tells her that he still has no plans of marrying her. Feeling guilty that he is keeping Daphne from searching for marital bliss elsewhere, Simon ends their ruse and sort of breaks up with her. Hurt, Daphne turns the full force of her charms towards the already smitten Prince Friedrich, stealing his attention away from resident mean girl, Cressida Cowper.

This episode’s main focus is the blossoming relationship between Daphne and Simon. They talk to each other in a fun, casual manner that betrays the level of sheer comfort they have acquired in each other’s presence in only a small amount of time together. Their back-and-forth banter is charming and engaging and does not, for a moment, feel forced. Right below the surface of polite propriety, they share sizzling chemistry that threatens to bubble over any time the two look at each other for more than three seconds. And for a romance show of this caliber, sizzling chemistry is everything.

Daphne is also going through a sexual awakening in this episode. She dreams naughty dreams about the Duke. After Simon educates her about self-gratification, she even tries it and likes the effects. At the time when anything sex-related was a total taboo for young unmarried girls, Daphne’s foray into auto-eroticism seems like a welcome little rebellion, even if it took place in the total secrecy of her bedchambers. Smashing the patriarchy, one orgasm at a time!

Easily the best character in the show is Eloise Bridgerton, Daphne’s younger sister who would rather attend university than hunt for a husband. Too bad for this bright, opinionated young miss that girls were, at that time, not allowed to go to college. Eloise constantly bemoans the sad situation of women in her time, voicing things that most of us are thinking while watching the show. She gets some of the best lines in the script and manages to make her limited screen time the highlight of every episode. We honestly hope to see more of Eloise in the upcoming episodes.