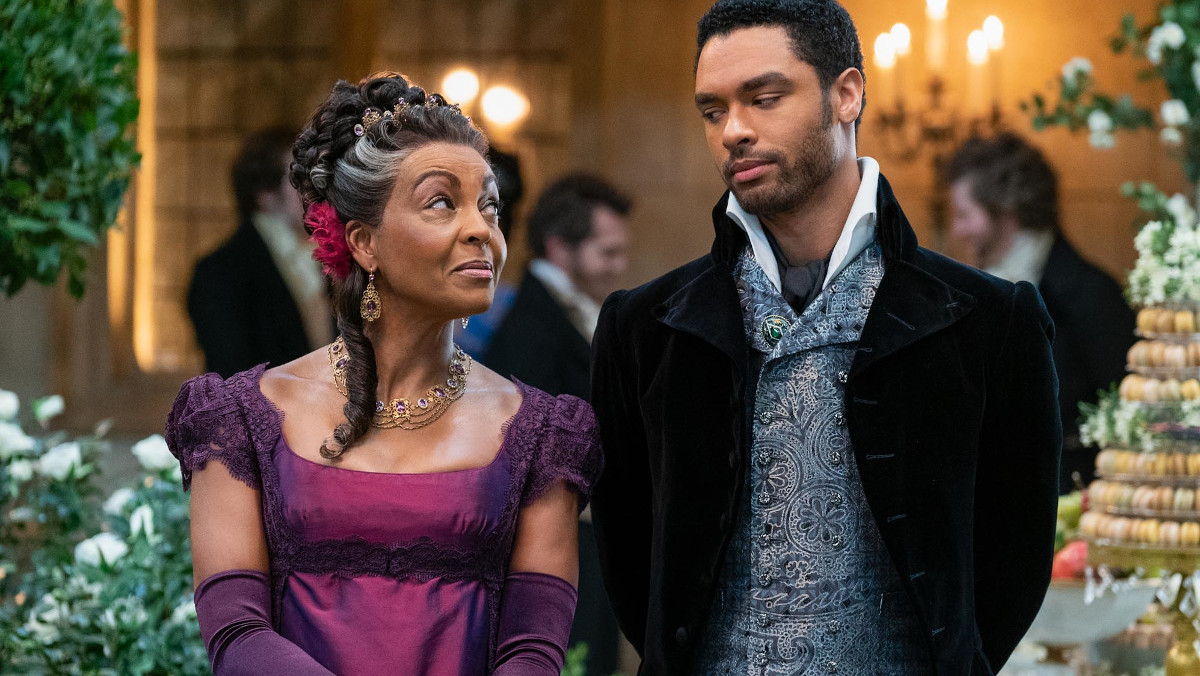 Netflix’s ‘Bridgerton’ is a period romance drama that revolves around the prolific aristocrats – the Bridgertons – and their various romantic escapades. Alphabetically named siblings – Anthony, Benedict, Colin, Daphne, Eloise, Francesca, Gregory, and Hyacinth – are a close-knit bunch, headed by their marriage-minded mama, the Dowager Viscountess Bridgerton. Daphne’s first season in society seems headed south because of Anthony’s boorish behavior as the over-protective brother.

However, things change when the dashing Duke of Hastings steps in as a pretend-suitor to attract the attention of other eligible gentlemen while keeping the other matchmaking mothers off his case. But their sham courtship ignites real feelings and Simon, the Duke, breaks things off with Daphne, leaving her hurt. To wound him back, Daphne turns her attention to the already smitten Prince Friedrich of Prussia. Here is a recap and review of ‘Bridgerton’ season 1 episode 4. SPOILERS AHEAD.

The ton is abuzz with the Prussian Prince’s interest in Daphne, who allows him to court her while stealing longing glances at Simon. She does accept a stunning diamond necklace as a gift from Prince Friedrich, but when her mother (who has reservations about the match) asks her if she likes it, Daphne can only respond with an “It’s very beautiful”. Lady Danbury talks to the duke about how love conquers all, hoping to make him stay and fight for Daphne, but Simon’s mind is set on leaving England. Eloise doesn’t want Daphne to get married very soon because that would mean she is next in line for marriage.

To Eloise, nothing can be a fate worse than being married. Determined to do something worthwhile with her idle life, Eloise decides to uncover the secret identity of Lady Whistledown. Her best friend Penelope Featherington, meanwhile, is very taken with Colin Bridgerton. Penelope is dismayed when she learns of Marina’s plans of marrying Colin. At Lady Trowbridge’s ball, Daphne and Simon finally give in to their growing attraction and share a passionate kiss, one that is witnessed by Anthony and Cressida Cowper.

While Anthony challenges Simon to a duel at dawn, Cressida merely makes a nasty, vaguely threatening remark to Daphne. Daphne manages to stop the duel last minute by telling Simon that she will be ruined if he does not marry her, seeing how Cressida was sure to open her mouth about their shared kiss. Simon tells her that he cannot have kids and does not want Daphne to be forced into a childless life. To put an end to the duel, Daphne tells Simon that she will marry him, even if he cannot sire children.

This episode is titled ‘An Affair of Honor’ and is mostly concerned with the steep price a man had to pay if he were ever to besmirch a lady’s good name. In episode 4, ‘Bridgerton’ embraces its heady absurdity and its overly-dramatic side as one kiss between the protagonists leads to a deadly duel no one wants. In all honesty, no one apart from Anthony actually sees Simon and Daphne kiss. Cressida only witnesses the couple going into the gardens without a chaperone.

To us in the 21st century, killing a man because he kissed your totally-willing sister seems a tad too dramatic—a bit of an over-reaction there, Anthony. The latter issues the challenge and Simon agrees, even though a duel defies reason, logic, the fact that they’re supposed to be best friends, and that dueling had been made illegal at that time. What’s even crazier that no one, apart from Daphne, realizes that a duel is a ridiculously over-the-top and wholly unnecessary response to a mutually consensual kiss.

So if you were a man in the 19th century and you kissed a young lady, you either marry her or you die. And the girl would not get a say in the matter, of course. Every episode of ‘Bridgerton’, it seems, is set to make its audiences aware of the stark difference between women’s position in society now versus back then, when women were regarded as little more than a commodity whose value decreased with “use.”

This brings us to Eloise’s proper frustration with the world around her – a world that decrees that women should either marry and make babies or fade into the background as personality-less spinsters. “What if I want to fly?” Eloise ponders as she voices her patriarchal woes to her friend Penelope. Trust me when I say, Eloise Bridgerton is the most relatable character on this show, and the most hilarious as well. All she wants is to have control over her own life and to achieve something substantial. Is that too much to ask for a high-born lady in 1813? Yes, it is.