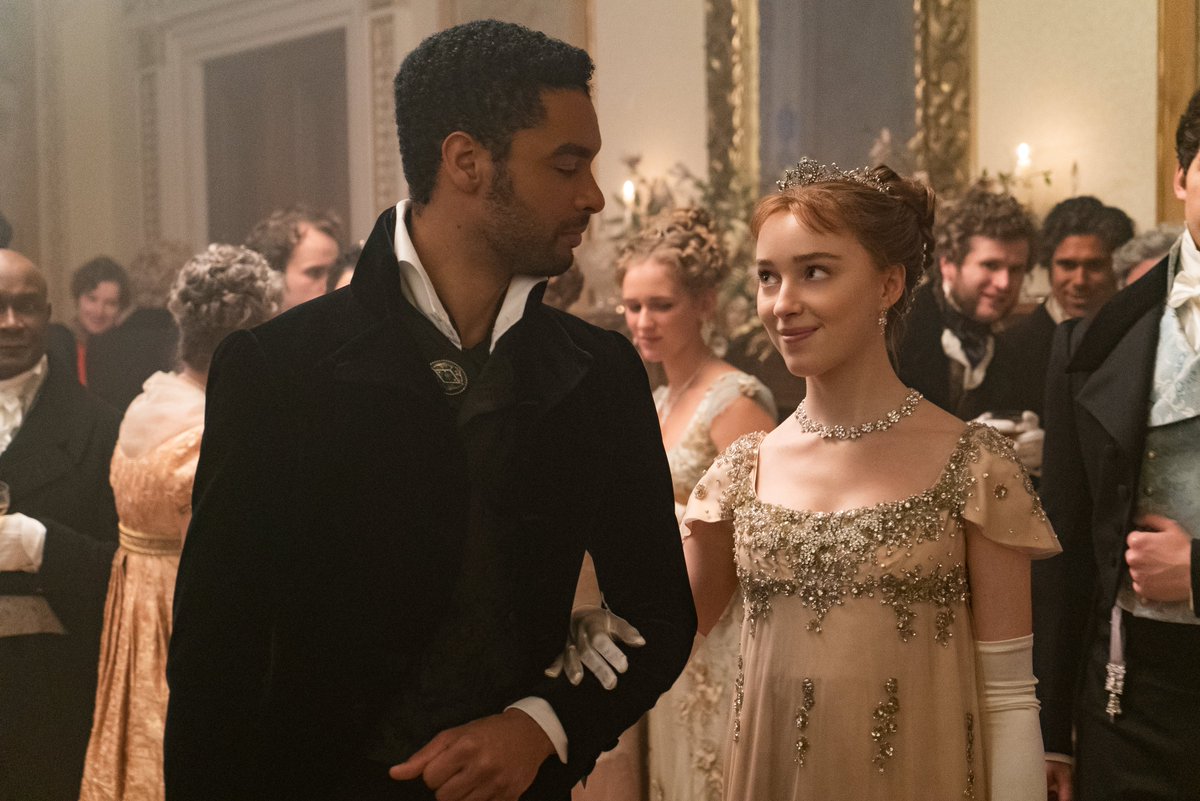 Netflix’s period drama ‘Bridgerton’ combines the romance of Jane Austen with the intrigue of ‘Gossip Girl’ to bring us an utterly charming, heady, and completely delightful series that follows the eponymous aristocratic family and their many romantic adventures. Season 1 centers on Daphne Bridgerton’s romance and subsequent marriage with Simon, the Duke of Hastings.

After stolen not-so-innocent kisses lead to deadly duels and broken hearts, Simon and Daphne finally get married, promptly consummating their union at a roadside inn on the way to Clyvedon Hall (the Duke’s country seat). Here’s a detailed recap, followed by a review of the sixth episode of ‘Bridgerton.’ SPOILERS AHEAD.

Titled ‘Swish,’ the sixth episode of ‘Bridgerton’ season 1 sees Daphne take her place as the new Duchess of Hastings and try to assimilate into Simon’s world. The newly-weds spend their honeymoon at Clyvedon, the sprawling and unfathomably luxurious country estate of the Duke. They spend their nights and days making love, in every location imaginable, just like a pair of bunnies, as a string quartet plays out a rendition of Taylor Swift’s “Wildest Dreams.” But all of their sexual encounters end in the same manner, with Simon pulling out just before climaxing.

Daphne, who is blissfully unaware of this particular method of birth control, believes this to be the natural conclusion of sex. She still thinks that Simon is incapable of siring progeny because he told her earlier that he cannot have children. Meanwhile, in London, Colin’s announcement that he is engaged to Marina Thompson is not well-received by his family. His mother and brother Anthony both believe it to be too hasty a decision, seeing as how Colin is so young. Since he is of legal age, it is ultimately Colin’s decision, and there is nothing Anthony can do about it except withholding his blessing.

On the other hand, Marina acts quite smug now that she has secured a proposal from Colin. The Featheringtons are celebrating Marina’s triumph, all except Penelope, who is not on board. She tries to tell Colin that Marina loves another man (the soldier from her letters), but Colin is too lovestruck to care. Anthony indicates that he does not expect the wedding to take place any time soon and intends for it to be a long engagement between Colin and Marina.

Therefore, Colin suggests that the pair run away to Gretna Green (the old-timey British version of Las Vegas) and get married there. However, before they can elope, the truth of Marina’s pregnancy is revealed in Lady Whistledown’s scandal sheet. At Clyvedon, something the housekeeper says leads Daphne to become suspicious of her husband’s actions. Because she is still woefully uninformed, she takes it upon herself to learn more about how babies are conceived.

Daphne asks her maid Rose to tell her, in detail and without embarrassment, what needs to happen for a woman to become pregnant. When she figures out Simon’s betrayal, she is understandably upset. Daphne seduces Simon, and during their coupling, flips their position so that she is on top and in control. When it is time for Simon to orgasm, she doesn’t let him pull out. The episode ends with a huge fight breaking out between Simon and Daphne – they have both lost trust in each other.

Things take a turn for the dark and heavy in this episode of the previously frivolous ‘Bridgerton.’ And the transition from light and frothy to this level of seriousness does not feel forced. Most viewers will see this turn of events coming from the very beginning of the episode. As Daphne says, “cannot have children” and “will not have children” are two very different things. By deliberately keeping Daphne in the dark about his intentions, Simon does betray her trust. It is made worse by the fact that he always knew she longed for a family with children.

So, in essence, Simon takes undue advantage of Daphne’s total cluelessness about human reproduction, and she is right in feeling angry and hurt. But is she right in what she does about it when she finds out? Absolutely not. That last lovemaking scene is super uncomfortable to watch because the audience is aware of what Daphne is doing. Honestly, it feels kind of vaguely rapey and just fundamentally wrong. A woman cannot force a man to have a baby with her. The same way a man cannot force a woman to carry his offspring. There are a lot of “tit for tat” arguments that morally ambiguous people can present here.

However, the fact remains, Daphne should have confronted Simon about his birth control ways before she took his sperm by force. Of course, we have to look at the fact that Daphne is still very young (hardly 18 or 19) and not-very-well-informed about matters related to sex and consent. It just goes to reinforce how important proper sex education is. Also, how does Whistledown get to know about Marina’s pregnancy? We have theories, but in the interest of not spoiling this particular mystery, we’ll steer clear of Lady Whistledown’s possible identity.