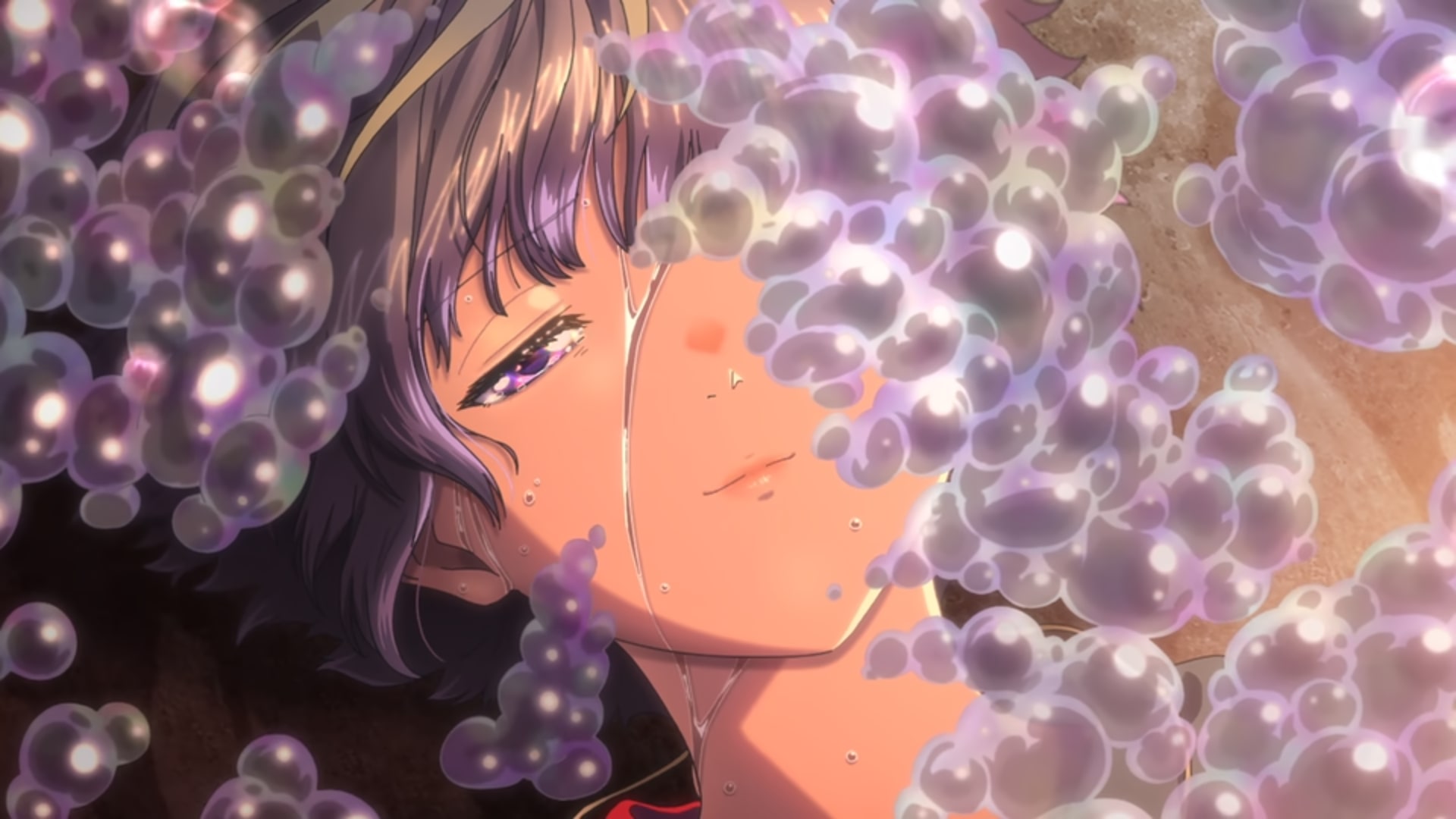 Produced by Wit Studio, ‘Bubble’ is science fiction romance anime that recounts a heartwarming story of love and sacrifice. The Tetsurou Araki directorial centers on Tokyo after the inexplicable bubble fall phenomena led to several gravitational anomalies and eventually had a devastating effect on the inhabitants’ life. Once the region is cut off from the world, children who have lost their loved ones begin to use it for their parkour team battles. Among them, there is one extraordinary boy named Hibiki whose accidental encounter with a mysterious girl changes his life. Curious to figure out how? Let’s have a look at the emotional ending of ‘Bubble’ to look for an answer. SPOILERS AHEAD!

About five years ago, bubbles with mysterious powers fell from the skies all over the world and marked the beginning of an era of mayhem and confusion. While people had hardly gotten used to the strange phenomena, a massive explosion of unknown origin happened at the center of Tokyo, and the city was then enveloped in a gigantic bubble in the aftermath. While the bubbles suddenly stopped falling all over the world, Japan’s capital was subsequently abandoned and became ground zero for the inexplicable spectacle. 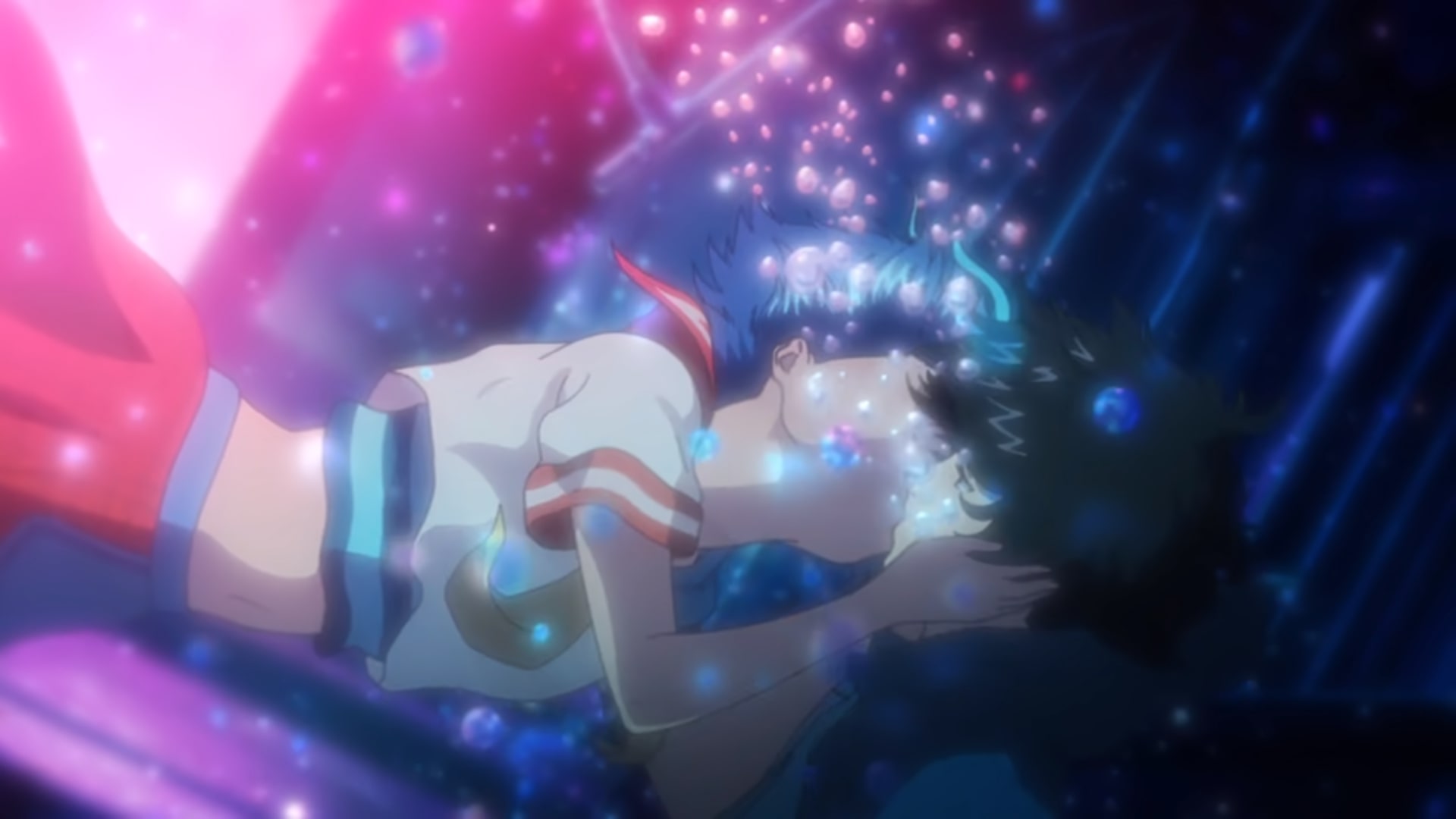 As the bubbles that descended on the region burst, most parts of the city slowly submerged in the water. However, despite the repeated warnings by the government, the town was soon overrun by orphans who had lost their loved ones in the incidents following the first bubble fall phenomena all those years ago. They not only thrive in the dangerous circumstances but also make use of the conditions to play the dangerous game of Tokyo Battlekour — a parkour team battle.

Among these kids, a boy named Hibiki claims that he can hear the sound of songs emanating from a tower, which is where the explosion happened before the bubbles stopped falling on the rest of the world. The cloud over the tower has remained untouched because of the gravitational anomalies near it. Furthermore, the efforts of scientific research have been thwarted every time as observations using any instruments are impossible in the region. When Hibiki tries to reach the source of the songs that he hears emanating from there, he accidentally falls into the water and is about to lose his consciousness when a miracle happens.

A bubble that appears to be sentient and quite concerned about Hibiki’s well-being chases after him and suddenly coalesces with many other bubbles to become a girl. She saves his life and later becomes friends with his peers — Kai, Shin, Usagi, and Makoto. Hibiki names her Uta, and she slowly acquaints herself with the human world by reading books under the guidance of Makoto, a scientist studying the bubble fall phenomena. However, she avoids coming in contact with anyone as her body is made of bubbles and begins to show its true form after coming in touch with a human. Uta also shows remarkable physical agility comparable to Hibiki. 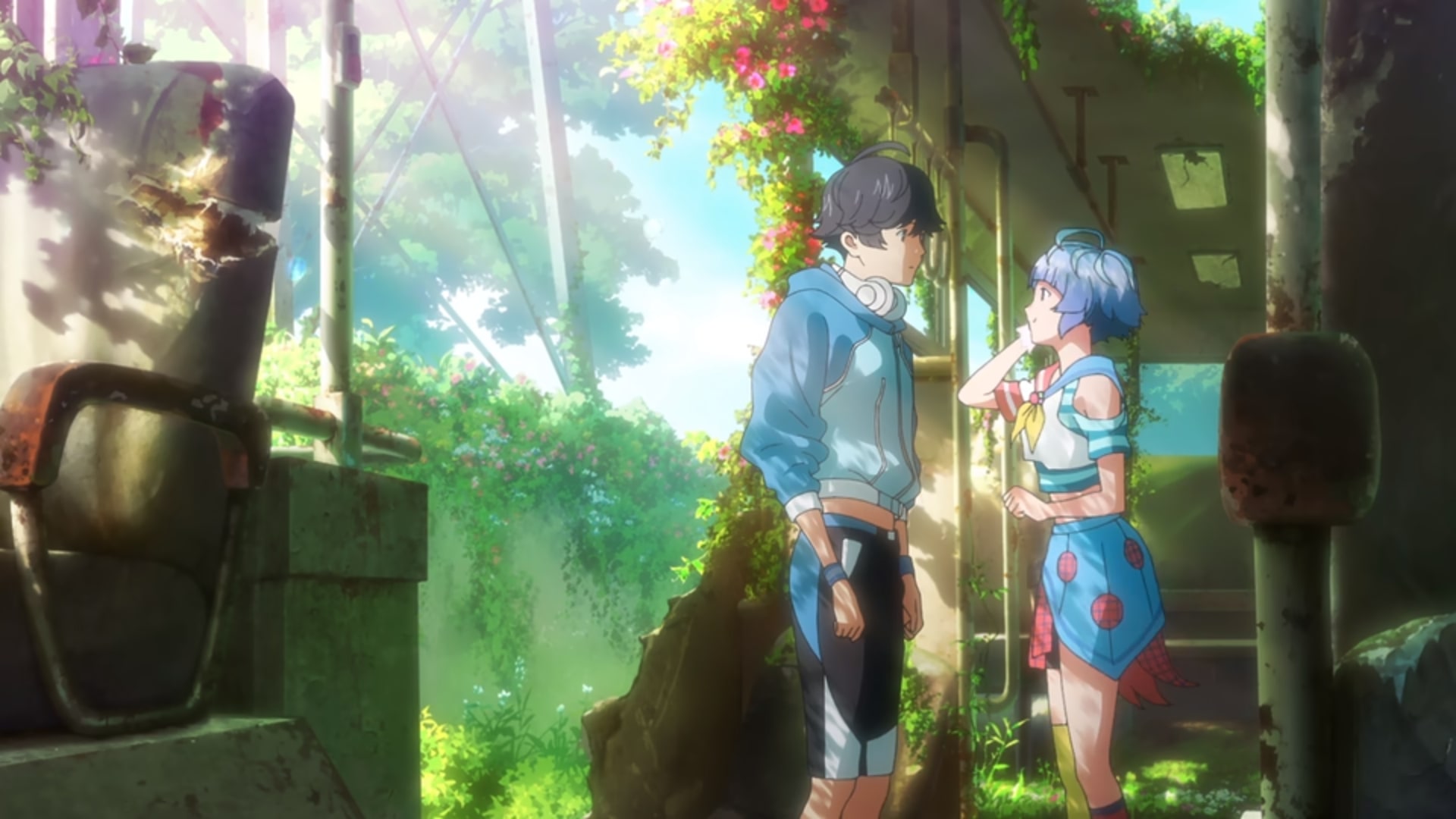 Therefore, when the Tokyo Battlekour team, the Under Taker, challenges them for a live-telecast match by kidnapping Makoto to make monetary gains, Uta vows to teach them a lesson. While the techniques and mind games employed by the opponent overwhelm Hibiki’s team initially, Uta helps them secure a last-minute victory. The team later celebrates the win together, but their star player is missing. While everyone else fails to notice it, Hibiki finds Uta and opens up about his feeling for her. He is about to kiss her, but the duo is interrupted by a coarse noise emanating from the tower again. Uta realizes what is happening and leaves after telling Hibiki that this was the last time they met.

When Uta first acquired her human form, she was innocent of the world she was about to embrace as her own. Makoto helped her expand her understanding through her massive collection of books on literature, physics, chemistry, and other subjects. One night, she also told Uta the story of a mermaid who lived deep underwater and had a strange affinity toward the human world for some inexplicable reason. She revolted against her loved ones after she fell in love with a prince. 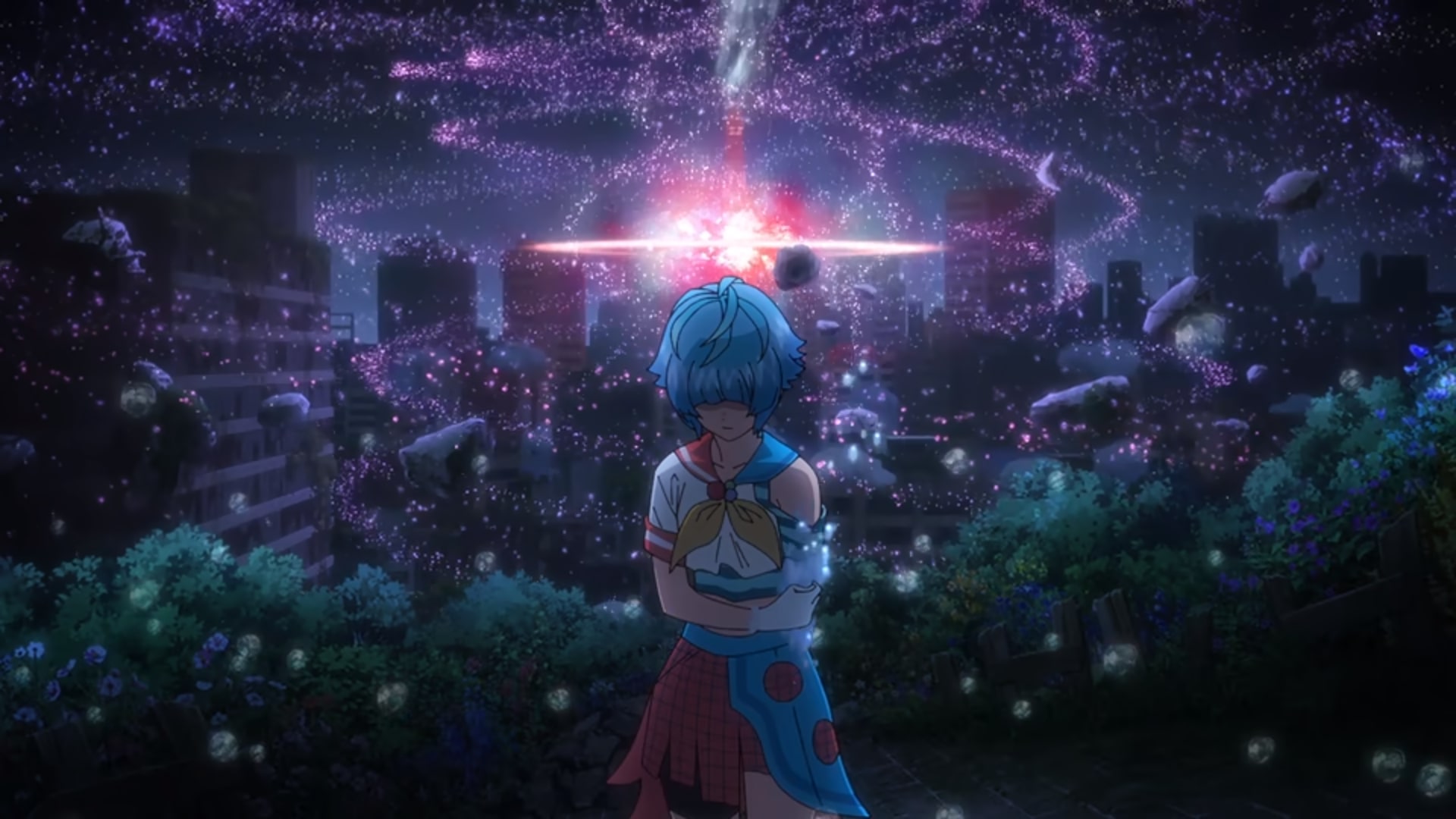 As soon as Uta heard the story, she began to relate to the mermaid as she also revolted against her sister to save Hibiki after falling in love with him. However, after the Tokyo Battlekour game against the Under Taker, Uta’s sister runs out of patience. She calls her back to the tower, and Uta finally gives up her hopes of living with Hibiki and his friends. When she returns to her sister, Hibiki, along with her friends, follows her there and tries to rescue her. Unfortunately, just as he is about to get to her, Hibiki is attacked by red bubbles that begin to drown him in water.

As Uta watches in horror from a distance, she realizes that her lover will die if she fails to act. Leaving her sister, she plunges directly toward Hibiki and hugs him. This frees him from the deadly grip of the red bubbles, but Uta’s body slowly begins to disintegrate. As her body gradually turns into the bubbles that have coalesced to make her body, Uta finds peace in the fact that she has saved Hibiki. While her lover cries inconsolably next to her, she expresses her gratitude for all the love she has received, and her body eventually disappears. 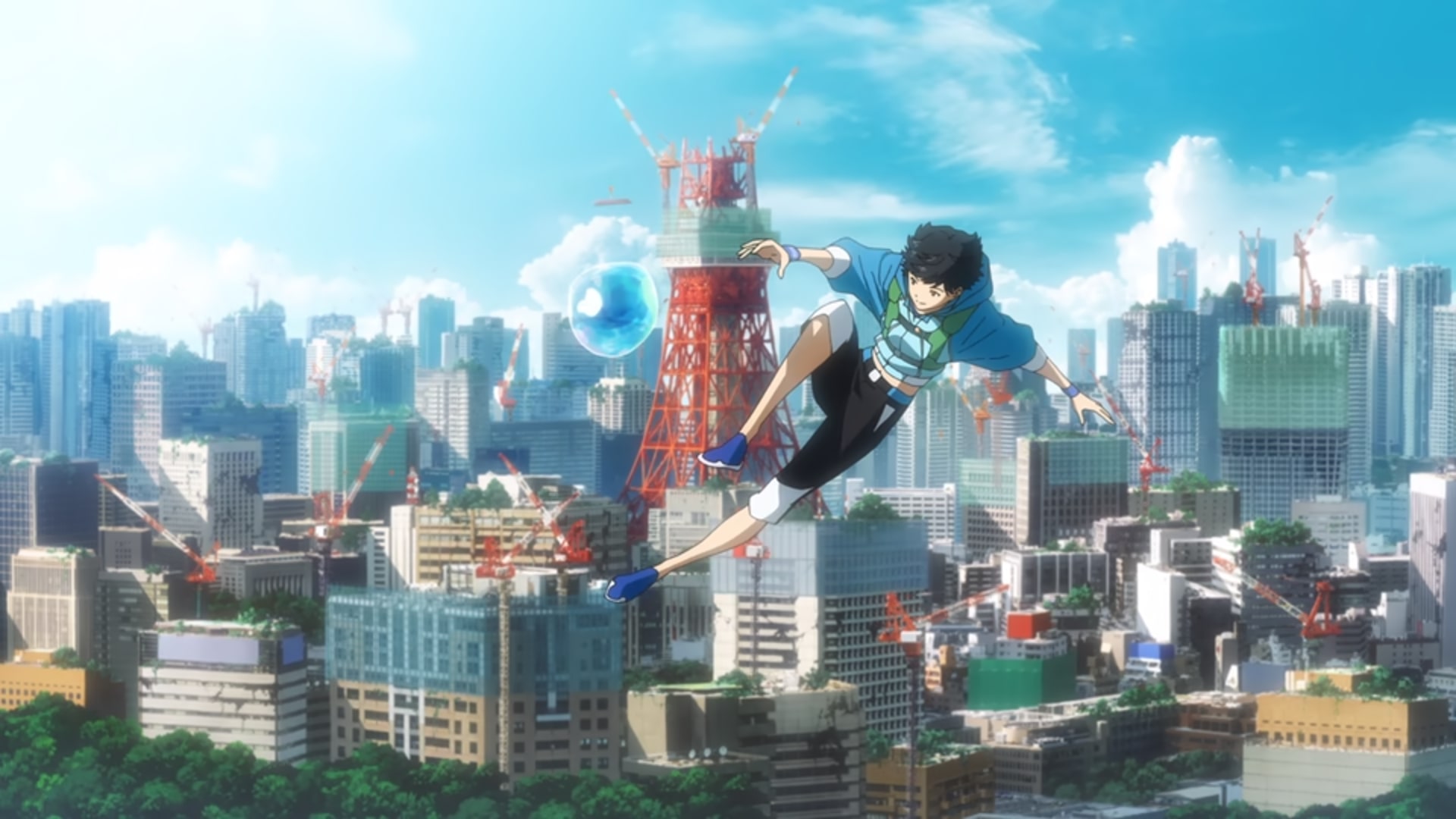 While it seems like the end of Uta, one must remember that she lived as a sentient bubble for a long time before she met Hibiki. Therefore, it would be wrong to assume that she can’t do it now after assuming human form and then disintegrating into bubbles again. The film leaves a clue at the end as well. As Hibiki plays a parkour team battle with his team, he is followed by a bubble, which is, without a shred of doubt, Uta. Therefore, to conclude, Uta does not die in the end and only returns to her true form after her body disintegrates.

What Are the Rules of Tokyo Battlekour? 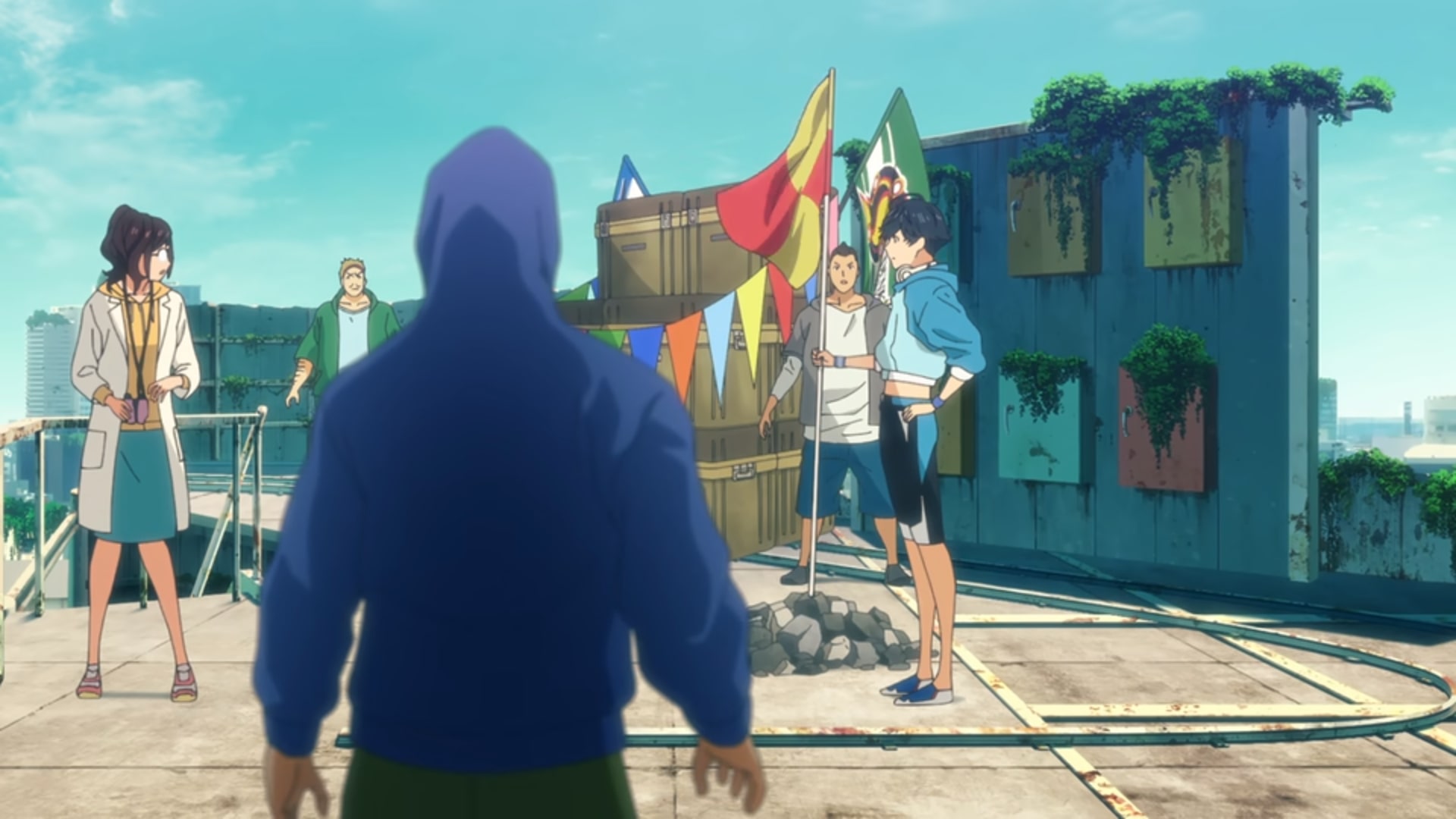 Tokyo Battlekour is a parkour team battle game in which two sides compete against each other. The game leaves players a lot of room to form strategies and craft their own style, but there are some rules that must be strictly followed. Each team can only have five players when the game begins. However, they can later be eliminated if they somehow lose their balance or are tricked by the opposing team into falling into the water. Teams can employ mechanical instruments that give their players some advantage over their opponents. However, a team can only win by getting hold of a flag that is hoisted on a tall structure, which, on most occasions, is a building or a tower.