Where is Bunk’d Filmed? 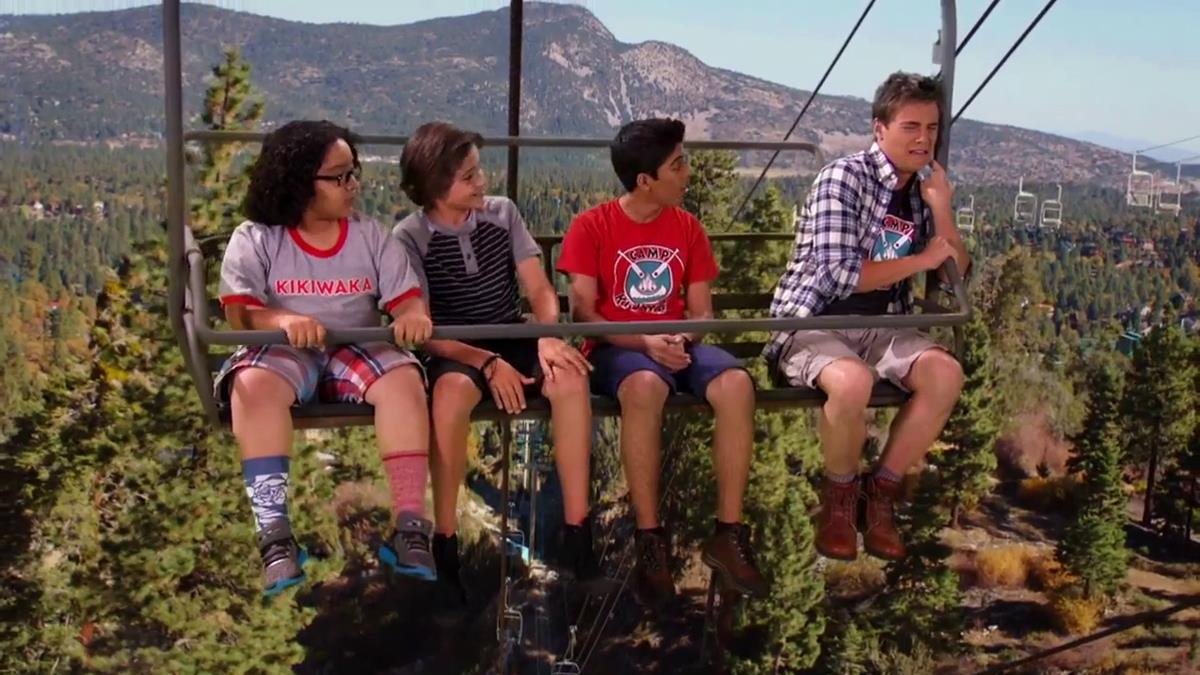 Disney productions often take viewers to a world that seems different from ours, thanks to the optimistic charm and positive tone which is characteristic of the network. ‘Bunk’d‘ is a Disney television series that takes viewers to another world, somewhat cut off from reality not just because of its tone. Instead, the show is set in a summer camp whose lopsided antics seem to give a vibe of being divorced from the rest of the world.

‘Bunk’d’ is a spin-off to the successful series, ‘Jessie.’ While ‘Jessie’ focuses on the titular character who takes up the position of nanny at the Ross family’s house, ‘Bunk’d’ revolves around the Ross kids. It follows Emma Ross, Ravi Ross, and Zuri Ross as they go to Camp Kikiwaka in Maine. This is where their parents had met and fallen in love as teenagers. Hence, the kids already have a special connection to the place. Camp Kikiwaka, an eccentric place has a bad rep for violating several health and safety regulations. Moreover, the place is named after a mystical, Bigfoot-like creature who lives nearby.

The character of Ravi Ross is played by Karan Brar. Brar has starred in multiple Disney productions including ‘Invisible Sister,’ and ‘Stargirl.’ He has also directed a few episodes of the show. Next, Peyton List from projects such as ’27 Dresses,’ and the ‘Diary of a Wimpy Kid’ movies essays the character of Emma Ross. Skai Jackson plays Zuri Ross while the other cast members include Kevin Quinn, Miranda May, and Nathan Arenas.

‘Bunk’d’ is largely set in Camp Kikiwaka. This is where most of the action of the show takes place. Hence, the place almost functions as if it were another character on the show. Thus, it is natural for viewers to wonder where the show is filmed. Where is Camp Kikiwaka? Is filming actually carried out in Maine?

While Camp Kikiwaka might be depicted to be located in Maine, most of the filming is actually carried out on soundstages in California. To be more precise, filming is carried out in Sunset Las Palmas Studios on 1040 N. Las Palmas Avenue. Have a look:

Bunk'd started filming season 2 this week. It is set to premiere this July. pic.twitter.com/kj82I8X0Yl

The place was originally called Hollywood Center Studios. This is where the set of Camp Kikiwaka is built to mimic an outdoor location. Have a look:

Today Karan Brar shot the final episode of Disney show Bunk’D season 3. Opportunity to Direct & Seven years of filming on various successful shows on Disney Channel. It’s kind of fun to do the impossible.Thank you Disney for being so incredible!!!🙏🎬🎥 pic.twitter.com/m1vJ2dnhLA

While most of the filming for ‘Bunk’d’ is carried out in Sunset Las Palmas Studios, a few shots are also actually filmed at Maine. It is mainly the establishing shots that are filmed here. To be more precise, filming is carried out on Moose Rump Lake. Have a look at some behind-the-scenes photos from the show below: