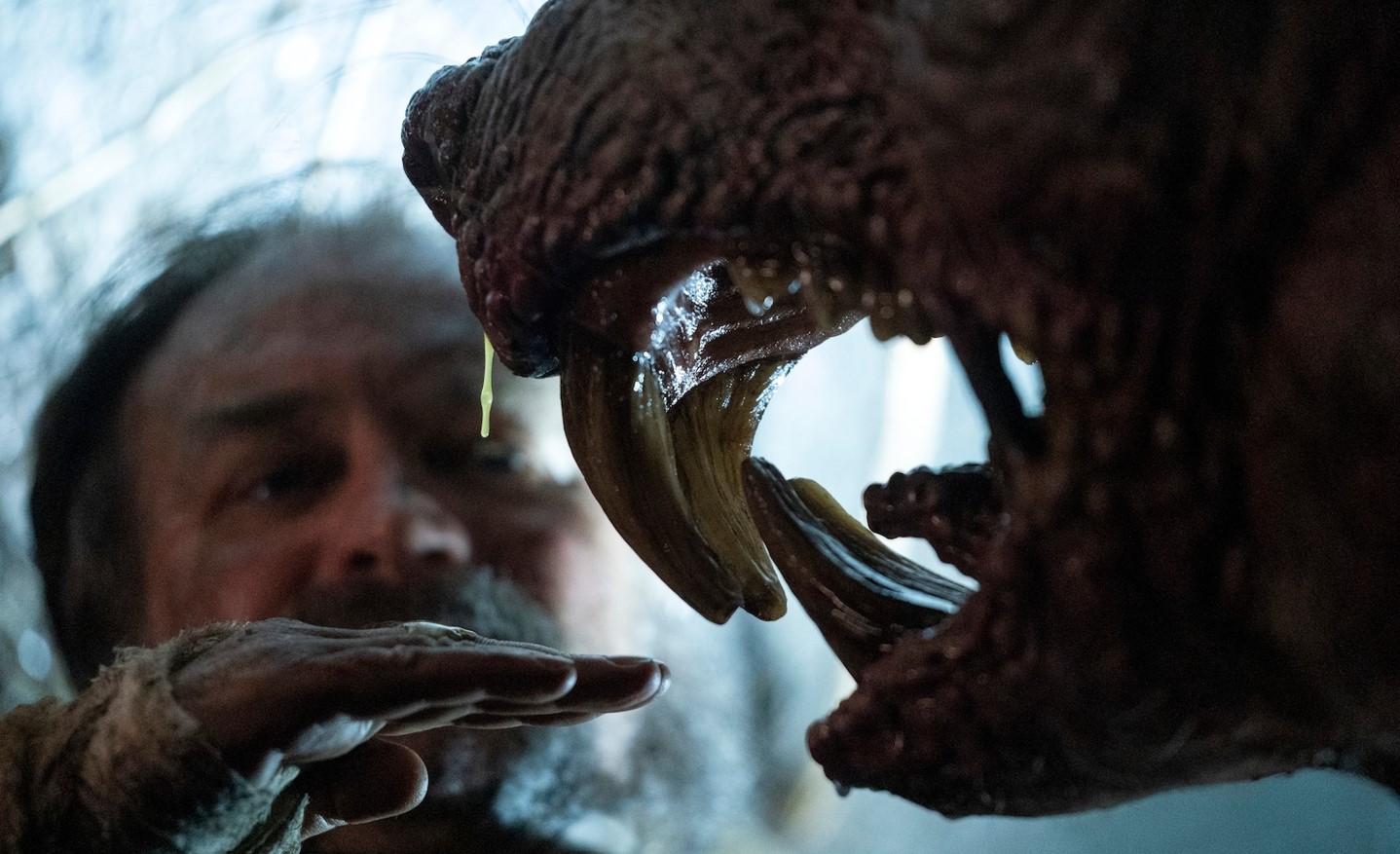 ‘Graveyard Rats,’ the second episode ‘Of Guillermo del Toro’s Cabinet of Curiosities’ is based on the horror short story ‘The Graveyard Rats’ by Henry Kuttner. The teleplay was composed by Vincenzo Natali, who also directs the project. The second episode in the anthology series is set in the 1930s in Salem, Massachusetts, and revolves around Masson (David Hewlett), a cemetery caretaker who robs the very graves he is supposed to look after of valuables. Like Nick in the previous episode, Masson struggles with a heavy debt from questionable people. He tries to repay them, but the bodies from his graveyard are being stolen by a massive colony of rats. Here is everything you need to know about the ending of ‘Cabinet of Curiosities’ episode 2. SPOILERS AHEAD.

Like episode 1, the second episode begins with an introduction from del Toro, who declares graveyards and cemeteries as the ultimate collection. The soil holds secrets, he states, holds secrets. For the vermin, that secret is nourishment, which it finds by chewing indiscriminately on wood or bone. But for humankind, the soil holds bounty. As the central part of the episode begins, Masson scares away other grave robbers from a site — the grave of a woman who seemingly had been wealthy when she was alive. Masson even discovers that she has a tooth golden filling. but he gets bitten by a rat while trying to extract the said tooth.

In recent days, Masson has run into a bout of bad luck in his side business, and all of it has to do with the rats in his cemetery. The bodies keep vanishing from the graves before Masson can get to them, much to his frustration. He has tried every method to get rid of the pests, but nothing works. Masson meets with his loan shark, who gives him a week’s time to come up with the money he owes. Desperate for a solution, he goes to speak to Dooley, his friend at the coroner’s office, who agrees to let him see the cadavers in exchange for a vial of the Devil’s Elixir.

Masson finds out that none of the bodies of anything of value, just as Dooley has told him. But then, he realizes that there is another body behind the curtain in front of him. Dooley warns him that the coroner hasn’t had the chance to examine it. The man was a wealthy shipping merchant. If things go missing the burial, the coroner will notice, and the little deal that Dooley and Masson have will not work any longer. Just then, the coroner arrives with the family of the deceased. The wife insists to bury the merchant with all the medals he received and the priceless saber he got from King George. Realizing what a big score this can be, Masson barely restrains himself through the funeral.

That night, after the ceremonies are done, Masson begins digging. But when he opens the casket, he sees the rats have dug a tunnel into the casket and now dragging the body into the depths of the Earth.

Greed is a major theme in the second episode of ‘Cabinet of Curiosities, as is faith, but the approach to the latter is somewhat inverted. Masson desecrates the graves despite being in charge of taking care of them. He remembers his God only when his life is in danger, and even then, he treats the relationship as if it’s transactional, offering God his complete submission in exchange for safety.

Masson is claustrophobic, and yet, he still decides to go down into the tunnels after the rats because he needs those valuables on the dead man. So, as the rats drag the dead merchant away for nourishment, Masson pursues them for bounty. He soon realizes that the network of tunnels that he has been forced into is a narrow, volatile maze that can collapse at any time and bury him alive. He encounters rats that are as big as dogs and barely escapes with his life. While being chased by one of those colossal rats, Masson falls through a tunnel that runs vertically than horizontally, ending up in a pile of human bones.

The rats have feasted on the flesh of the bodies they dragged into the tunnel before discarding bones and the things that don’t matter to them, including the valuables. Masson finds the saber and begins to think that his luck has finally turned He then sees a necklace around the neck of a skeleton, which has been there for long enough that roots have grown around it.

Just as Masson removes the necklace, the skeleton comes alive, screeching “mine” for the necklace. Now with both the zombie-like creature and the rats after him, Masson begins to climb. He sees something glittering up in the distance, believing that it’s the stars in the sky, he crawls up there, only to realize that what he thought was the stars was light being reflected from the metal surface of a steel plaque inside a closed and empty casket. As Masson cries out in despair, the rats find him. When the other grave robbers open the casket, they find rats coming out of Masson’s mouthy. The latter is long dead. Terrified they flee, leaving behind the necklace and other jewelry.

What is the Zombie-Like Creature?

As mentioned above, ‘Graveyard Rats’ is set in Salem, Massachusetts, infamous for the 17th-century witch trials. ‘Cabinet of Curiosities’ takes what was an unfair treatment of women and men and an example of gross injustice and gives it a supernatural spin. The assertion here is that there were indeed witches in Salem who used the underground tunnels to reach their “black church,” where they worshipped the Devil. The state we see in the unground space likely suppose to represent the fallen angel. As for the zombie-like creature, it was likely one of the witches when it was alive. It died a long time ago, but its greed still connects it to the necklace.