‘Captain America: Civil War’: As Perfect as a Superhero Movie Can Get 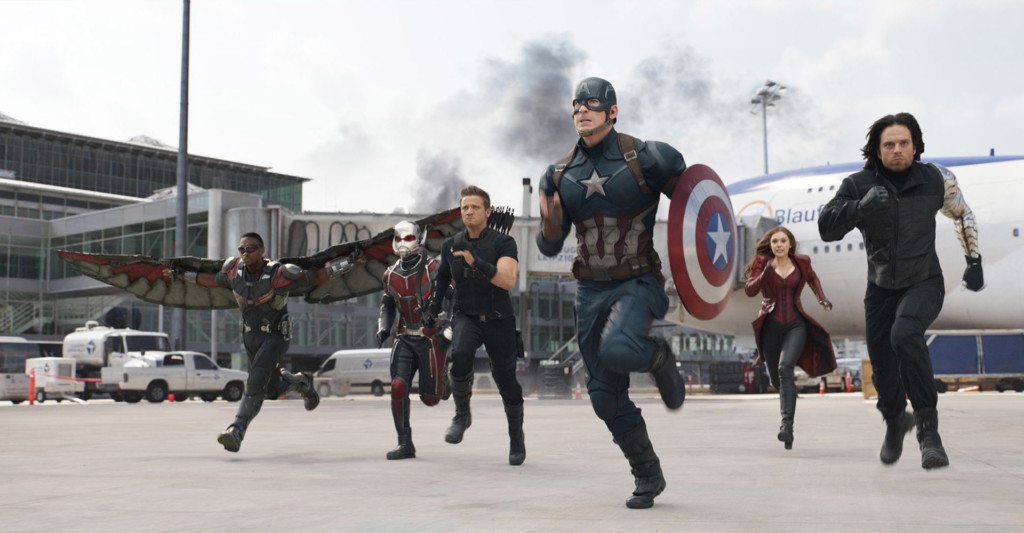 This is how it’s done, really. There is no other, sophisticated way to say it. When ideologies clash, when friends become enemies, you toe a fine line of morality. Right can easily become wrong, and what is wrong may seem like the right thing to do. ‘Captain America: Civil War’ tackles these questions in a mature, nuanced fashion. It is also one of the best superhero movies of all time, period.

CW takes its time building up to its climax. The aftereffects of Age of Ultron haven’t faded away, and Cap and his team are on another mission in Lagos. It doesn’t go as neatly as planned and there is collateral damage, thanks to Scarlett Witch. This event acts as an anchor for the rest of the film to base itself on. It is decided that someone has to be held accountable and take responsibility. And herein lies the central conflict of the film. Steve Rogers thinks that in order to do what is right, one has to believe in themselves and do whatever it takes. For that, one has to have a choice, which the Sokovia Accords would essentially put a stop to. Tony Stark feels remorse for his past actions, including the creation of Ultron, so he has a pretty solid reason to sign the accords, enforcing checks on superhero actions. He decides to talk things out with Steve, but Steve is firm in his beliefs, his resolve strengthened further after the death of Peggy Carter.

We are presented with both sides of the coin here, the good and the bad of both ideologies. The greatest thing about CW is that it treats its audience with respect. We can decide for ourselves which side is right, and that decision is not easy. The first forty minutes of the film are a lesson in screenplay and editing, presenting us with some poignant scenes which highlight character motivations and some truly great scene transitions.

Things take a dark turn when the UN assembly where the Sokovia Accords are to be finalized is bombed. It is presumed that the person responsible for this act is Bucky Barnes aka The Winter Soldier. It is at this point that the Black Panther is introduced. T’Challa, the Prince of Wakanda, has just lost his father in the assembly and he decides to hunt Bucky down. This further escalates tension as Captain America now has to save Bucky, essentially proving that he is ready to take the law in his own hands.

Civil War has perhaps the best action sequences I have ever seen in cinema, and that is not an understatement. You have to see to believe it. The airport sequence where the two superhero teams battle it out is perfectly crafted and enthralling, giving everyone their moment to shine.

The performances in CW are intense, to say the least. Robert Downey Jr. is exceptional, Chris Evans poignant. The supporting cast marvelous as always. Newcomer Chadwick Boseman plays the troubled Prince of Wakanda, aka Black Panther to perfection, someone who has to fit in this new world of other superheroes while at the same time sticking to the values and morals he has been brought up with. Daniel Bruhl, who plays Baron Zemo, the central antagonist of CW, eventually pitting the superheroes against each other, gives an exceptional performance as always.

And then, there is Spiderman. Oh man, I can’t even begin to describe how thrilled I am that I finally get to see a perfect on screen Spidey. Marvel did in twenty minutes what Sony couldn’t do in 5 movies. Tom Holland absolutely steals the show, a nerdy teen superhero who hasn’t completely come to terms with his powers yet but wants to do good in this world. He nails it whenever he is on screen and provides a refreshing perspective of an outsider to a brutal clash of ideologies.

CW makes you invest in every character. It takes you on a joyride of over two hours, leaving you emotionally satisfied. Since a comparison is inevitable, I would say this: Civil War is everything Dawn of Justice should have been. The story arcs in both movies are essentially the same, but CW proves that in order to go dark with your themes you just need a good script and performances, not dark tinges and weird camerawork (Zack Snyder, are you listening?) You need believable character motivations, you need expertly handled tension which mounts through action. When you clash with your friends over beliefs, you don’t just become best buds because your mother’s name is the same. You talk it out, sweat it out, battle it out. When there is irreparable damage, you leave things on a bittersweet note with a promise to do right, next time.

The only thing I didn’t quite like about CW was its climax, which was somewhat of a letdown, after the huge emotional upheaval of over two hours. CW still strives to achieve the same level of perfection as Winter Soldier, which maybe termed as a better film only because it was compact in its scope.

Other than that, I can truly say that Marvel has raised the bar really, really high this time.