Cells at Work! CODE BLACK Season 2: Everything We Know 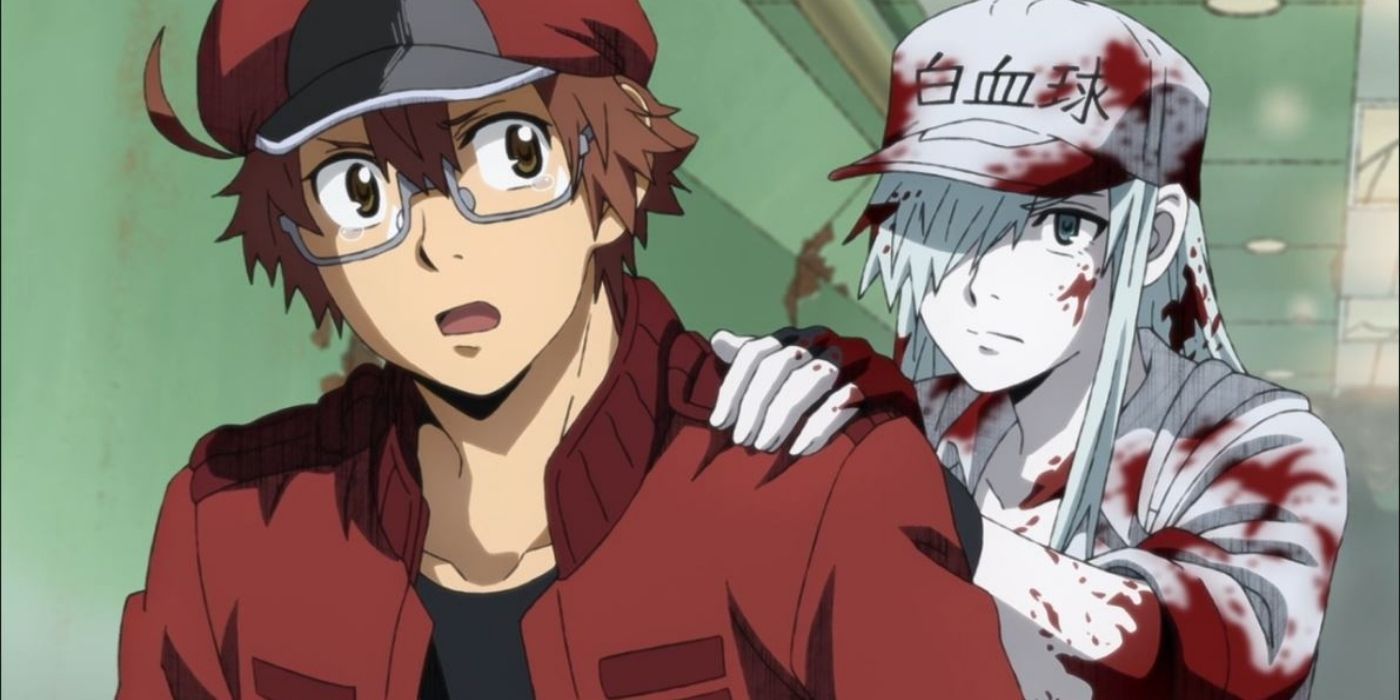 Based on the manga series of the same name written by Shigemitsu Harada and illustrated by Issei Hatsuyoshi, ‘Cells at Work! CODE BLACK’ is a seinen anime series about anthropomorphized cells in a human body. It’s a spin-off of ‘Cells at Work!’ or ‘Hataraku Saibou,’ which was developed by David Production and is based on a manga series by Akane Shimizu. Although the original anime series’s success prompted the production of the spin-off, the latter quickly established itself as a self-sustained show through its darker and grimmer themes.

It is set in a body that constantly endures medical emergencies due to sleep deprivation, terrible working conditions, and poor lifestyle choices. Created in a country with its own word for death due to overwork, karoshi, the anime series has received critical acclaim for its relevance in modern society. ‘Cells at Work! CODE BLACK’ season 1 has recently concluded. If you are wondering when season 2 is going to come out, here is what we know.

‘Cells at Work! CODE BLACK’ Season 1 premiered on January 10, 2021, and aired 13 episodes before concluding on March 19, 2021. Liden Films (‘Berserk’) produced the series, with Hideyo Yamamoto serving as the main director and Hayashi Mori as the main writer.

As for season 2, the producers have not made any official statement on the subject yet. However, the inaugural season of the show ends on a cliffhanger. Both Red Blood Cell AA2153 and White Blood Cell U-1196 get transfused into a different body in the post-credits scene. AA2153 realizes that this new body’s condition is even worse than the previous one and numbly notes that he and the others will have to continue working under code-black circumstances, implying that there might be another season of the show in the future.

Furthermore, Junpei Takatsu, the Director of Photography on ‘Cells at Work! CODE BLACK’ season 1, posted on Twitter that he hoped to be involved with the project if there is a second season. The official handle associated with the show also retweeted this post. Clearly, it’s only a matter of time before the producers make an official announcement confirming the sophomore season. The intermediate period between the conclusion of season 1 and the premiere of season 2 of ‘Cells at Work!’ lasted for over two years. Although a different studio has developed the spin-off, ‘Cells at Work! CODE BLACK’ should come out in late 2023 or early 2024.

Cells at Work! CODE BLACK Season 2 Plot: What Can It Be About?

In the season 1 finale of ‘Cells at Work! CODE BLACK,’ the rib cage cracks as chest compressions are administered on the body. Eventually, the body revives after the heart receives electrical shocks from the defibrillator. The coronary artery blockage is removed through stent insertion, allowing AA2153 and other red blood cells to resume their duties. Afterward, all the cells’ working conditions improve drastically, as the body forgoes many of its bad habits, including smoking, drinking, and eating junk food.

It also starts to get adequate sleep and stops overexerting itself. However, as mentioned above, AA2153, U-1196, and others are transferred into a different body through blood transfusion in the post-credits scene. AA2153 and U-1196 get separated, and the former loses consciousness. When he wakes up, he discovers that the new body’s health is even worse than the last one and is likely in a perpetual code black.

The source material is a completed manga series. As a result, the animators know all storylines’ eventual destinations and will likely develop the show accordingly. In season 2, AA2153 and U-1196 might despair due to their new circumstances but still strive to do their best to improve the code black situation. They might eventually reunite. They might make new friends and inspire them with their own work ethics.