Chad Flexington From American Ninja Warrior: Everything We Know 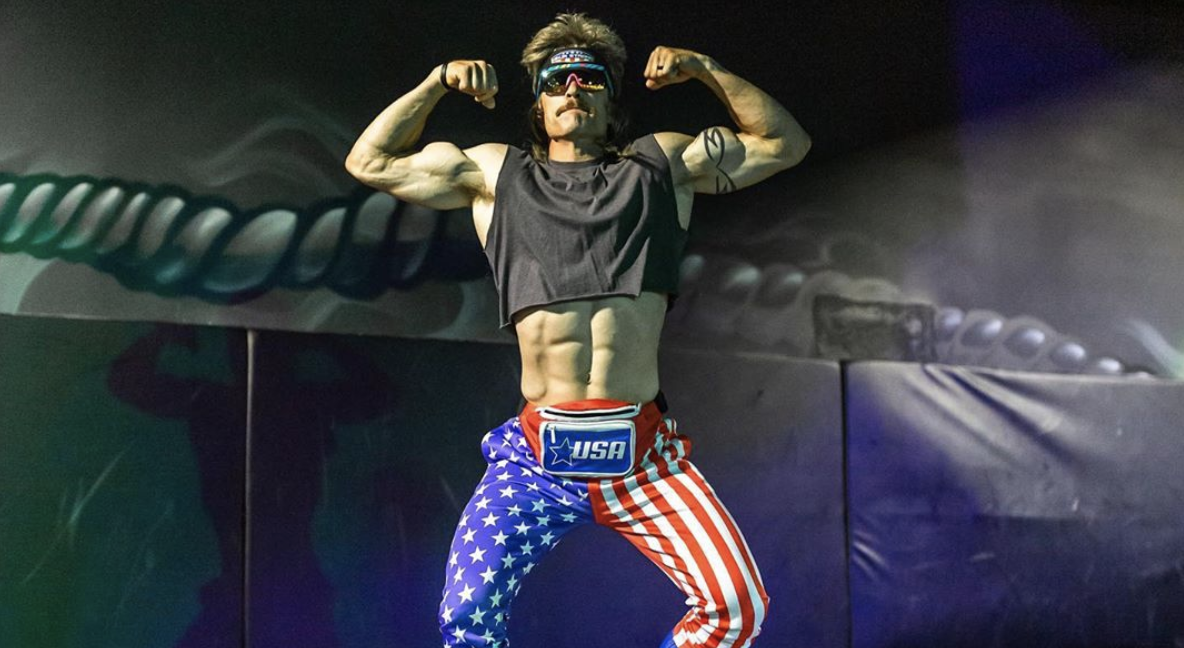 Filmed in St. Louis at the Dome at America’s Centre, the 12th All-Star edition of the famous competition series “American Ninja Warrior” is all set to premiere on September 7, 2020. The show is unlike any other reality show as it tests its contestants based on their strength, agility, and unfaltering resolution. Chad Flexington has physically trained himself for years to be the next ‘Ninja Warrior’ and did not waver in his decision even after getting eliminated from its previous season. He has again challenged himself to prove to America and the rest of the world that he is deserving of the prestigious title and the winning amount of a whopping  $1 million dollars.

Chad Flexington’s real name is Ben Udy. Though his exact date of birth is unknown, it is estimated that he is in his mid 30’s as Chad graduated from high school in 2006. He is not a professional gymnast or sportsperson as one would expect but an environmental researcher from Camarillo, California. His fit physique and bulging muscles can be credited to his being a lifelong athlete and his raw passion for ANW that developed as he grew up watching its Japanese version “Sasuke”.

Ben or Chad as he wants to call himself, got rejected the first time he sent his application in 2015 and let the disappointment shatter his hope. He saw himself fit for the and did not expect to suffer the blow. After the dismissal, he went back to focusing on his job at Driscoll’s where he had been working since 2014. But he just could not concentrate on the organic soilless crop production anymore. His passion got reignited on seeing an “American Ninja Warrior” themed birthday party in 2018, and the rest is history.

The motivating factor for him to do the crazy has been his extremely supportive family who has believed in him and prompted him to fulfill his dream. He fell in love with his now-wife Katie Udy the first time he laid his eyes on her. Luckily, she reciprocated his feelings and the couple got married soon after. They have two handsome boys, Maddox, 7, and Nixon, 3. The couple welcomed an adorable baby girl, Lucy, in July of 2019. Chad does not shy away from dedicating all his achievements to his lady love who remains on the sidelines hooting “Flexington” while he is at ANW, performing astoundingly.

Lexington prepared himself for the grueling competition by shelling out 20 hours a week to train in hardcore CrossFit-style calisthenics. Putting in months of dedication with his trainer Bull, he first features on NBC’s unconventional reality show in 2011 that was filmed in Los Angeles. After making the ‘Spring Forward’ and ‘Diamon Dash’ rounds look like a walk in the park, he got slashed by fate after having a good run through the first four rounds. Just when the viewers begin to gain confidence in his easy-looking long jumps, his hand slips off one of the ‘Spin Hopper’ and is placed 19th overall. He advances to the city finals and clears the slippery hoppers this time and is placed on the 9th position for the National Finals. Unfortunately, he failed at the ‘Double Dipper’ at the first stage and got eliminated.

Chad, all geared to come back to its 12th season, has undergone a massive transformation to prep himself for the excruciating obstacles on the show. The audience is exhilarated as they get to see him back performing the increasingly difficult feats. Despite not making it to the top position in his previous attempt, his fans remember him as a character both entertaining and impressive, jumping the planks in a WWE wrestler fashion. We are all at our seat’s edge, waiting for him to yet again amaze and amuse us with his extraordinary persona!

Read More: Where is ANW Filmed?