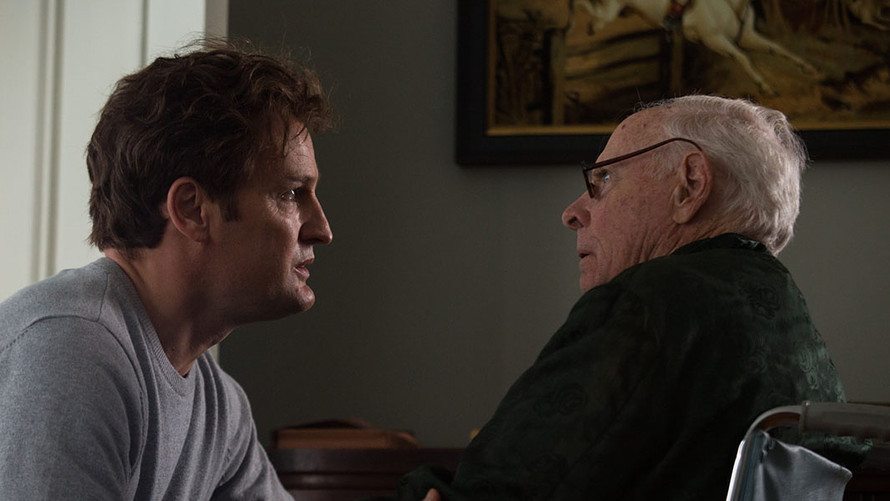 There is a belief the Kennedy family was cursed, the karma came calling on father Joe for his misdeeds through life, tragedy befalling his children. One was killed during WWII, John was gunned down in Dallas while president, and Bobby was killed before he could get to the White House, and he surely would have. The sharpest political mind in the family, Ted, never made it to the White House, his career forever clouded by Chappaquiddick and the scandal which ensued. He died of brain cancer just a few years ago, a great statesman and patriot, his career forever tainted by the events that transpired in 1969.

It would seem deservedly so. In this frank and powerful film, the events and impact of Chappaquiddick are presented with frightening honesty and a strong forthright power. We leave with a greater understanding of the events and those they impacted, we perhaps even understand Ted Kennedy (Jason Clarke) more than we did going in. We certainly understand the hell Mary Jo Kopechne (Kate Mara) endured while drowning in the car that dropped into the river. Leaving a political party, Ted Kennedy takes with him Miss Kopechne, but drives the car off a bridge into the Chappaquiddick River where horribly the young woman dies in the car. Kennedy escapes, leaves the scene, and then watches with some horror as the spin doctors, guided by his father Joe (Bruce Dean) weave their dark magic.

What the film paints, is a frightfully honest depiction of Kennedy who, after promising to report the accident did nothing of the kind, instead retreating to a hotel to bathe and sleep. He was dining with friends the next day when the car and body were found. Lying, trying to spin it all in his favour, he realizes he is in far deeper than he imagine Ned, but his fathers team of lawyers work it out for him. What is appalling is the utter, and disgraceful lack of concern for the dead girl. It is all about Kennedy, all about his reputation, the career, the White House.

Kennedy might have wept for the young girl, but he wept first for himself, he cared first and foremost for Ted Kennedy, behaving like a spoiled, entitled rich boy, not a man at all.

Clarke is outstanding as Kennedy, finding the right note of arrogance and shame in the character, allowing the audience to both care for him while we revile him. Clarke has the courage to portray Kennedy as callous, a bold move given the adulation for the Senator, though they never loved Jim enough to elect him President. Seeing the manner in which the young girl dies certainly compounds our anger towards him. The actor is fearless in the role, because he must have known audiences would dislike his character. The Mara performance is very good, we feel for her, (no one should die such a death), and Bruce Dean is brilliant as the insidious Kennedy patriarch, devastated by strokes, steal able to shame his son and spin American politics.

There is a profound sense of melancholy and sadness over the film, a further loss of innocence in the sixties. Scandal followed the Kennedy family throughout their lives, making clear that money matters little. They might have been American royalty, but when the crown was tainted, it was forever tainted. When Camelot fell, thus did the Kennedy’s. This seemed to be the final blow for the Kennedy legacy, yet Ted served and continued to serve in senate. His bid for the presidency ended with a defeat in 1980. He never did achieve his dreams.

But what of the dreams of Mary Jo Kopechne? Her dreams died at the bottom of a pond as she gasped for her last breaths. Who wept for her? Not, it appeared Ted Kennedy. For shame.