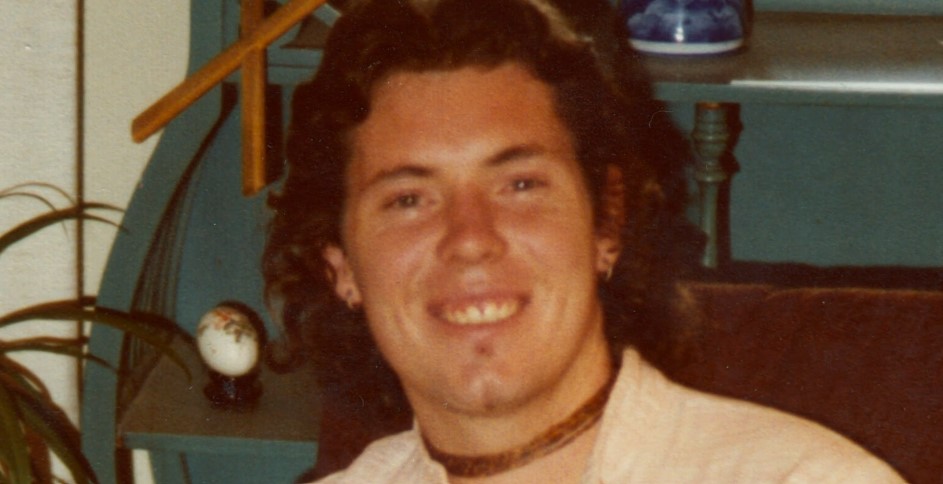 In the 1980s, two murders about three years apart brought extensive police and media attention to the Hare Krishnas, a religious sect. Stephen Bryant and Charles St. Denis, who were associated with the movement, were killed under mysterious circumstances, and a probe eventually accused a spiritual leader of being involved. Investigation Discovery’s ‘The 1980s: The Deadliest Decade: The Krishna Killers’ chronicles the work that went into bringing the killers to justice. So, let’s find out what happened then, shall we?

How Did Charles St. Denis and Stephen Bryant Die?

Charles St. Denis was described as an outgoing man. As per the show, he had a difficult childhood; his parents were alcoholics, and his father left when he was pretty young. Then, Charles came across the Hare Krishnas when he was 16, eventually moving to New Vrindaban, their community in northern West Virginia. At the time of the incident, Charles was married to Deborah Gere. On June 10, 1983, Charles, who was in his late 20s, left to meet someone but never returned. 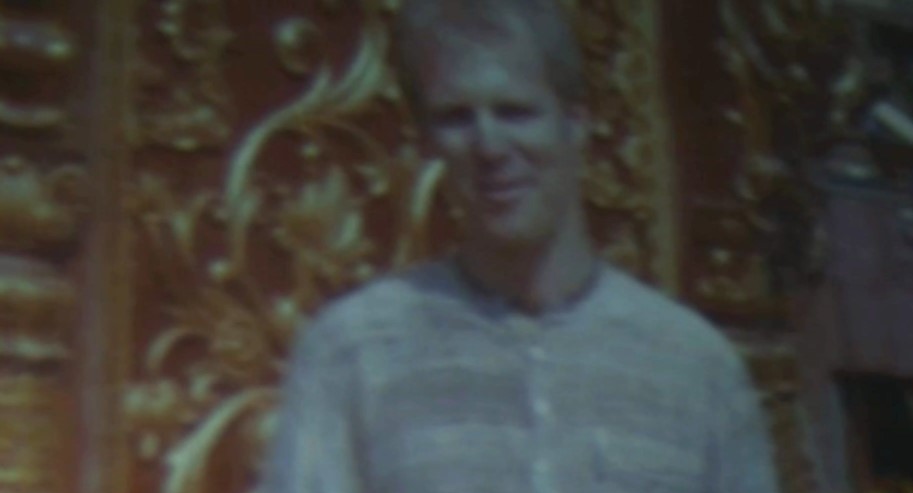 Deborah desperately searched for Charles, but there was no sign of him. An investigation eventually revealed that he had been shot several times and stabbed. A few years later, Charles’ body was found in a watery grave near New Vrindaban after the authorities received additional information. Then, on May 22, 1986, in Los Angeles, California, another murder rocked the community.

During the early morning hours on that day, 33-year-old Stephen Bryant, who, like Charles, was called a fringe member of the Hare Krishnas, left a friend’s home to park his van elsewhere. Soon after, the friend heard two shots, and Stephen was later discovered with two gunshot wounds to his head. He was killed with a .45-caliber weapon. These two murders sparked an extensive investigation that led to several arrests.

According to the show, Charles St. Denis met Daniel Reid, another member of the sect, that night. Also present was Thomas Drescher, known as the enforcer; he roughed up or kicked people out if required. When Deborah woke up the following morning and saw that Charles hadn’t returned, she was worried. But the investigation didn’t get very far because the body wasn’t found, and there was no other evidence pointing to murder. 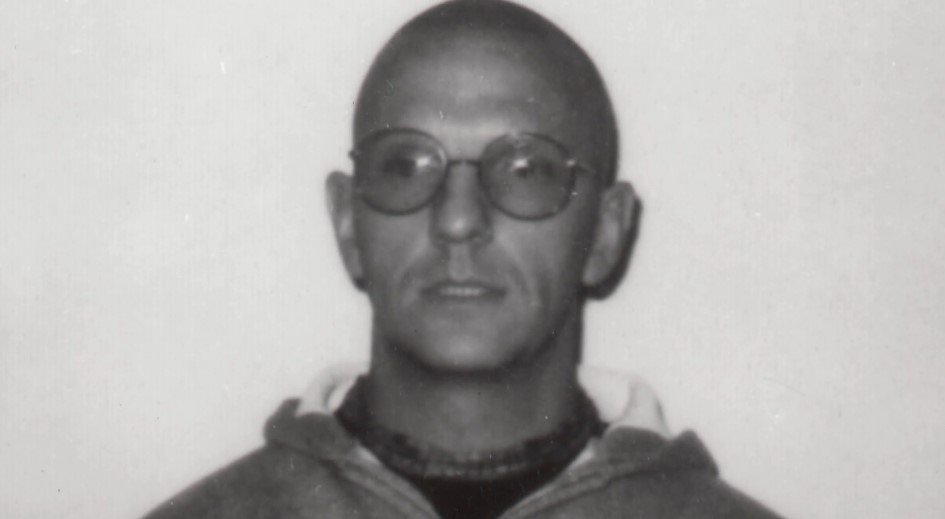 Stephen Bryant believed that the movement lured his wife several years ago, helping her get a divorce and not letting him see their two sons. Over time, he was vocal about his belief that the Hare Krishna movement was manipulating devotees and further alleged them of child abuse, drug trafficking, and wife swapping. Earlier, in 1979, one of their religious leaders in California was convicted of heroin distribution and accused of money laundering. Stephen was a harsh critic and had talked about violence against religious leaders in the past.

Stephen had long maintained that he feared for his life because he felt that the members of the Hare Krishna movement were following him. After his death, some friends asked the authorities to look into Thomas, known for his violent behavior. He was arrested just days later and had in his possession surveillance notes regarding Stephen’s movements in addition to some money. A priest from Ohio was with him. He carried newspaper clippings regarding Stephen’s death and had instructions for Thomas to be sent to New York and later to India if the police hunted him.

Thomas was also connected to Charles’ disappearance and death through a witness account. A man named Randall Gorby, who was associated with the Hare Krishnas, implicated Thomas, saying he killed Charles. It was reported that Charles was alleged to have raped one of the New Vrindaban members and was killed as a result. As per the show, Daniel’s wife told him about Charles allegedly raping her.

Eventually, Thomas cooperated with the authorities, and in a bombshell revelation, claimed that the leader of the movement at New Vrindaban, Kirtanananda Swami, approved the murders of Charles and Stephen. As far as Charles is concerned, Thomas noted that Kirtanananda was unhappy with his supposed womanizing and drug-pushing ways. Furthermore, Charles also wanted about $80,000 that he gave Kirtanananda. After the rape accusations, Thomas stated that the leader said, “You can only offend the spiritual master so many times.”

So, Thomas and Daniel killed Charles. According to the show, Thomas shot Charles 11 times before stabbing him. Then, the two wrapped him up and buried him in a creek while he was still alive. Regarding Stephen’s death, Thomas said it was because Kirtanananda asked him to do so and added, “You have to understand that in my mind, it wasn’t murder. It was dispatching an undesirable element from the community.” Furthermore, senior advisors to the spiritual leader said that he approved of payment of the plan to have Stephen killed and payment to Thomas.

How Did Kirtanananda Swami Die?

In the end, Thomas was convicted of the murders of Stephen Bryant and Charles St. Denis and sentenced to life in prison. Daniel took a plea deal, and as per the show, led the authorities to Charles’ body. Kirtanananda was excommunicated from the movement in 1987 amidst the allegations, but he refused to step down, establishing a new organization called The Eternal Order of the League of Devotees Worldwide instead. About three years later, Kirtanananda was indicted on multiple counts of mail fraud and racketeering, with the authorities believing he profited illegally to the tune of more than $10.5 million. 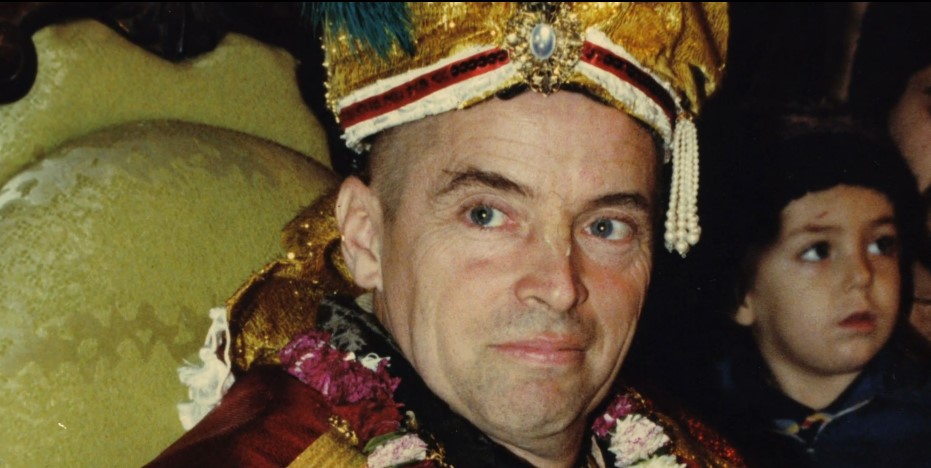 The federal authorities also claimed that Kirtanananda conspired to murder Charles and Stephen because they threatened his leadership and lucrative empire. In 1991, he was found guilty of several counts of mail fraud and three counts of racketeering. However, the conviction was overturned two years later. In 1996, Kirtanananda pled guilty to one count of racketeering that included conspiracy to commit both murders and was sentenced to 20 years behind bars. However, he denied having anything to do with the murders.

Kirtanananda’s sentence was later reduced to 12 years due to declining health. He was released in June 2004 after an 8-year stint and lived in New York for a while before moving to India in 2008. Kirtanananda was banned from returning to New Vrindaban by then. In July 2011, he was hospitalized in Thane, India, because of a collapsed lung. On October 24, 2011, Kirtanananda died at the age of 74, with the cause of death reportedly being kidney failure.