Where is Cheyenna Clearbrook From Netflix’s Deaf U Now?

‘Deaf U’ is a brilliant attempt by Nyle DiMarco and Netflix to shed more light on how students in the deaf community function at Gallaudet University. Aiding the inclusivity and representation movement, the docuseries notes their trials and tribulations in every field of their lives – academic, professional, and romantic. If you seek more information about Cheyenna Clearbrook, then you’re at the right place!

The very first time we saw Cheyenna, she stated that she had never fallen in love. She was just waiting for the right person to come along and steal her heart. Hence, she was just working on school. Alongside this, she was making content for her YouTube channel. She stated that she used more oral actions as compared to ASL signs in her videos, but her best friend, Cameron, did not like this. 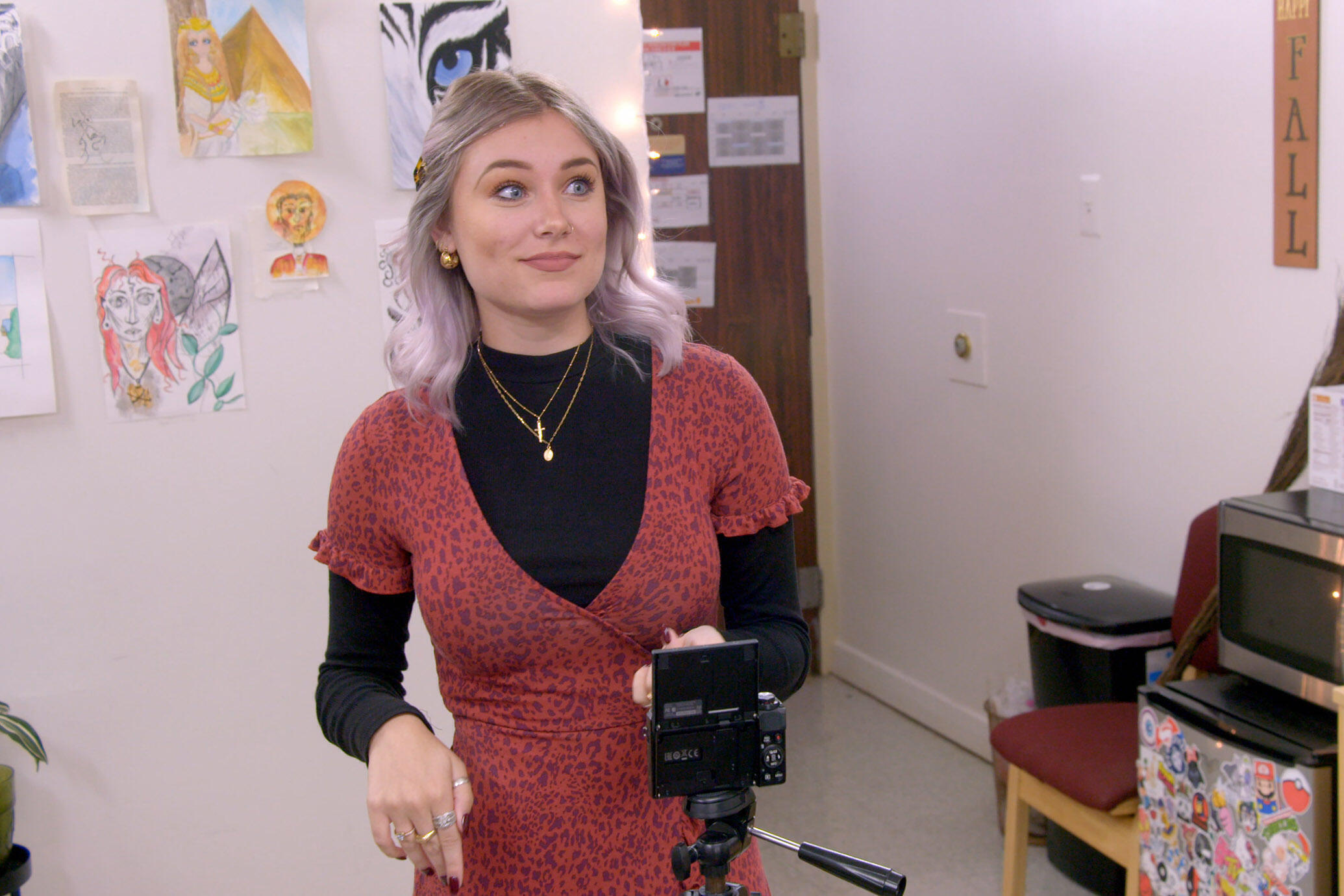 Moreover, Cheyenna spoke to Alexa about how the “elites” were judging her content. But Alexa simply stated that they were discussing what deaf representation meant to them. The YouTuber also voiced that many in the deaf community felt like she did not belong in their world, and Alexa told her to not waste her energy on the matter. Rodney asked Cheyenna to go on a date with him because he felt that she had an interesting approach to life and wanted to learn more about it.

During a conversation, she told him that she was neither cool enough not elite enough to fit in. Moreover, she felt that she was weird and, in fact, always had an inkling that she may be asexual. The rationale behind this was that she grew up in a Christian household and imbibed those values inscribed in the Bible. Cameron and Cheyenna then went out to a club where they met Rodney. It was the best friend, however, who called the footballer self-centered. But there definitely was a spark between Rodney and Cheyenna. In the sixth episode, she went to a rally for period poverty.

While talking to her cast members, she revealed that she had been the victim of slut-shaming when the family of a previous boyfriend did not like her tattoo or colored hair. Unfortunately, when she was young, Cheyenna became a victim of sexual assault. The wife of the perpetrator was a friend of the family. Although her parents felt awful when they found out about the incident, the conversation was always swept under the rug. But Cheyenna also said that now, she would tell her 8-year self that she is very proud of her. Furthermore, she didn’t want her past to define her future.

In the seventh episode, Cheyenna went up on stage with musician Jahn Rome to translate his song in ASL, live. She also hoped that this would lead to more opportunities with music videos. Although she got nervous before the act, she executed it flawlessly. In the finale, it was revealed that Cheyenna dropped out of Gallaudet University due to the incessant bullying and not fitting in.

Where is Cheyenna Clearbrook Now?

Cheyenna has become quite the social media superstar. Her YouTube channel, which covers a range of topics from fashion to ASL, boasts over 114k followers. In fact, this is also a great way to learn more about her family, friends, fashion looks, or even her skincare routine. She is based out of the Pacific Northwest according to her Instagram profile, where she has over 24k followers. It also seems to be the case that she is an avid traveler, and her feed reveals that she has visited spots like the Grand Canyon and Yellowstone National Park.

Read More: Where is Tessa Lewis From Deaf U Now?