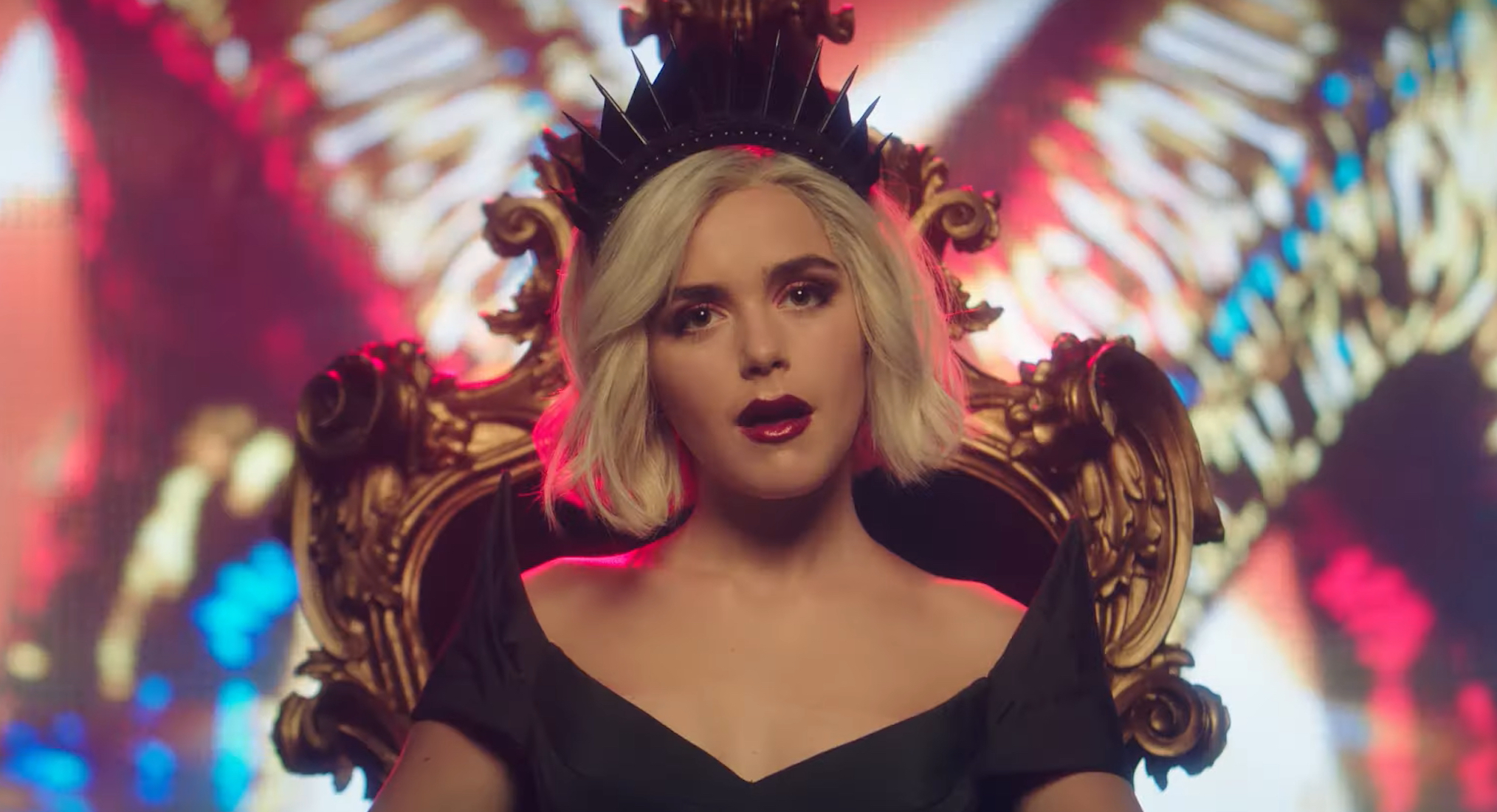 The third episode of the season is titled ‘Heavy Is the Crown’, and we see Sabrina struggling under the weight of it. All this time, she had fought against everything, even the Devil himself, to keep herself away from the darkness. And what can be darker than Hell? She was supposed to be the queen of it, she didn’t want it. But now that she is the queen, despite all that happened, she has to live up to the role.

Ruling humans and ruling demons of hell is a completely different thing. But being a girl, Sabrina has already faced the patriarchy, misogyny and whatnot, so facing resistance from a bunch of men or demons is nothing new for her. Though they really are the worst, so it is going to be a bit more difficult this time around.

Now that she has claimed the crown, it is time for Sabrina to defend it. Caliban was required to bring enough signatures in order to challenge her position as the ruler of Hell. He does so and invokes the competition that requires them to locate and collect the three lost relics. The first in line is the crown of Herod. With the help of Ambrose, Sabrina tries to find it and secure her position as the Queen of Hell. However, the forces against her are wicked and full of treachery. It is not going to be as easy for her when the game is rigged against her.

Meanwhile, since his return, Nick has been struggling with PTSD. Even though he is free to walk the Earth, he is still caught up in the same trap with the Dark Lord. His malformed foot is a constant reminder of his time in the voluntary prison. He is further agitated when he discovers that Sabrina’s latest challenger could also be her potential suitor. He tries to be at home at the Academy, but the situation is worsening for the witches. Someone has cursed the coven and death and disease are floating around. With only a handful of them left, they can’t risk losing any more of them.

The third episode of the season makes Sabrina aware of her flaws, the things that had previously served as her qualities. In the new challenge, she naively believes that the game would be played fair. But as soon as she realises that, she vows to correct her mistake, which means she has to be more ruthless the next time around. But it isn’t exactly what she says but how she says it that makes the feathers ruffle. We can see the rage and anger bubbling up inside her. A lot of people around her have been hurt already, and this competition has put her under more pressure. If she does blast off, it wouldn’t be good for anyone.

The show also takes a turn by introducing a love interest for Theo. By now, we know that no new character in ‘The Chilling Adventures of Sabrina’ is without consequence. There is something wrong with everyone, and if it’s not, then they’ll soon die. Count on that.

Ms Wardwell, the real one, the one who had been suffering under the possession of Lilith for so long, finally starts to piece together the puzzle that is her amnesia of the past few months. She knows something wrong happened, no one suddenly becomes interested in Dante’s Divine Comedy. In this episode, she takes another step forward to solving that mystery. With all the usual mayhem and mystery going on in the background, Ms Wardwell’s arc is very refreshing. It would be interesting to see where they take this and what eventually happens with her when she figures it all out. What will she choose to do?

The Spellman sisters are going through a tough time of their own. With the responsibility of the coven on their shoulders, they have to tackle one threat after another. For so long, Zelda and Hilda had faced every challenge together. There was a disbalance in their relationship where the older one always dominated the younger sibling. However, a shift can be seen there and this brings tensions for both of them. Then there is the secret that Sabrina is harbouring. Perhaps that will be the key to bring them together.

All in all, this episode does a great job of keeping us invested in Sabrina’s adventures and we look forward to finding out how she will defend her throne and what reforms she will enforce in Hell.