Cobra Kai Season 3: Everything We Know 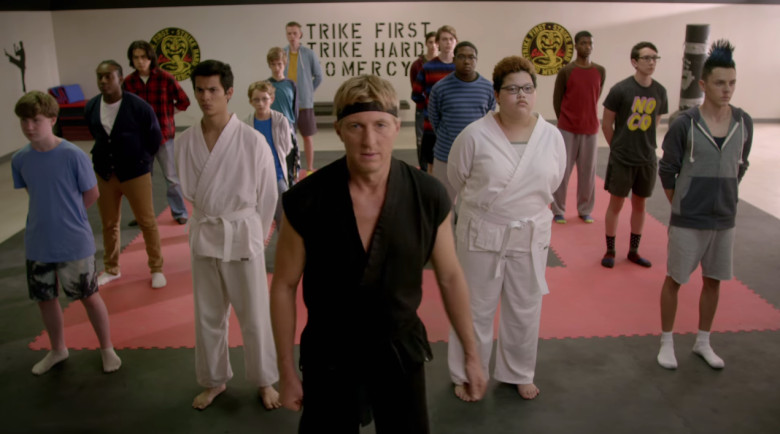 When Jon Hurwitz, Hayden Schlossberg, and Josh Heald’s brainchild, ‘Cobra Kai’, originally dropped on YouTube Premium in 2018, it opened to universal critical acclaim. With pristine ratings for both the first and then the second season (that debuted in 2019), the OG fans of the classic ‘Karate Kid’ franchise welcomed the show and appreciated its interesting, episodic storytelling format.

However, in May 2020, it was announced that the series would be moving to a new home. YouTube did not show any inclination for renewing ‘Cobra Kai’ for a fourth season (yes, a third season has been confirmed). And the producers wanted a streaming platform that would give them the scope of continuing the show in the long run.

Eventually, Netflix picked up ‘Cobra Kai’ and released its first two seasons in August 2020. And now, all of us have one simple question — when will ‘Cobra Kai’ Season 3 premiere on Netflix? Well, here is all the information we have gathered about its upcoming release schedule.

‘Cobra Kai’ Seasons 1 and 2 premiered on August 28, 2020, on Netflix. Each season consisted of 10 episodes. First things first, you would be happy to know that the show was already renewed for its third iteration, way back in May 2019 — after season 2’s premiere in April 2019 on YouTube Premium. Season 3 was originally scheduled to premiere in Spring 2020 but owing to the change in platforms, the release date has been postponed. Fortunately, filming and post-production were completed before the COVID-19 shutdowns in Hollywood.

Series co-creator and executive producer Josh Heald clarified the same in a statement to CBR: “Thankfully with Season 3, we wrapped production before the end of 2019 and we wrapped post-production … I think there was a little bit of overlap. We were still doing some finishing touches for the effects and some quality checks on Season 3 while the quarantine aspect of the pandemic was just beginning but we finished our final mix — the last big piece of post-production — that was done in-person with raising champagne and eating cupcakes and all the things you do to feel like you’re at your absolute unhealthiest coming out of the completion of a season. So there were no major delays in terms of COVID.”

So yes, we will finally know what happens to the characters, following the massive cliffhanger of an ending in season 2. The upcoming edition will also see Daniel LaRusso returning to Japan for the first time since ‘Karate Kid 2’. Now, the only question that remains is, when will the third season hit the streamer? Well, when Netflix released the trailer for seasons 1 and 2, it included a certain section at the end of the clip. This small video segment serves as the first teaser footage from the long-awaited third season. The scene shows Daniel returning to Okinawa in Japan, which is the backdrop for the 1986 sequel ‘The Karate Kid Part II’

The teaser also reveals the much-anticipated release year. Although an exact date is yet to be announced, we do know now that ‘Cobra Kai’ Season 3 will release in 2021 on Netflix! It will consist of 10 episodes and creator Jon Hurwitz has already stated that the new edition will be worth the wait. Check out his tweet below: