Where Is Corporate Filmed? 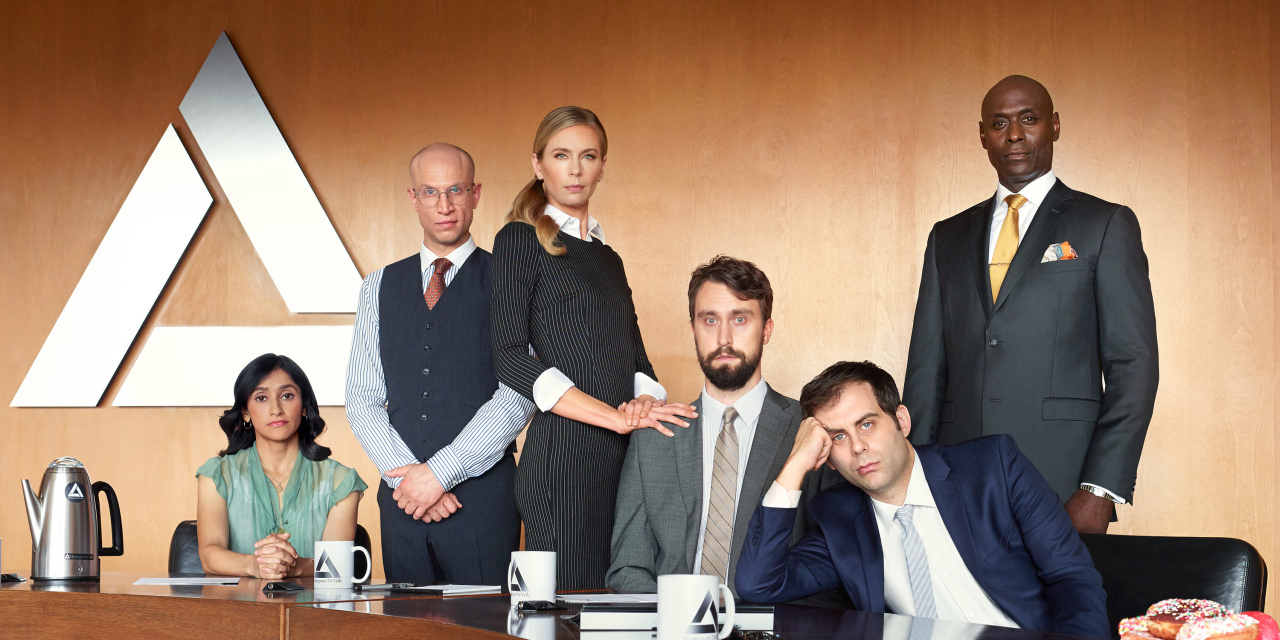 Corporate is a comedy television series that follows the wretchedly unhappy lives of two despondent junior-executives-in-training Matt and Jake, as they go about their lives while working in a bleak but multi-billion-dollar corporation called Hampton DeVille. It showcases the misadventures of Matt and Jake as they force themselves to perform the corporate hijinks like firing a colleague or attending birthday parties.

The satirical dark comedy series has been lauded for its comical take on the monotony of corporate life, crisp writing, and also for the performances of the main leads, Matt Ingebretson and Jake Weisman, who also serve as the co-creators, along with Pat Bishop. In case you’re wondering about the places where ‘Corporate’ was filmed, we have got you covered.

Since it is a workplace comedy, most of the show is set in the fictional corporation called Hampton DeVille, where Matt and Jake work as junior executives.

But which place doubles up as the multinational corporation? You may ask. Well, the makers chose a historic building in the state of California to film the tragicomedy series. Without further ado, we present to you the specific shooting locations!

The show has been extensively shot at the famous Los Angeles Times building in the city of Los Angeles, California. The half-vacant late art deco building in Times Mirror Square doubles up as Hampton DeVille, where the entire show is based. Anne Dudek, who plays Kate Glass, reposted a picture of the main cast while filming season 1. The caption read, “Business lunch for #hamptondeville.”

A member of the crew, Tina Densmore Bell, shared a series of behind-the-scenes pictures from the last day of shooting of the third season of the show. Check it out!

Designed by Gordon B. Kaufmann, the structure opened in 1935 and was touted as the “monument to the progress of Los Angeles city and Southern California” by Harry Chandler, then president and general manager of Times-Mirror Company. The building is exactly located at 1st and Spring streets in downtown Los Angeles.

Director of photography Christophe Lanzenberg worked his magic on the set and created a perfect cinematic setting for the fictional workplace. It was dimly lit using halogen lighting to match the bleak and dull vibe of the show. Here’s a picture of the cinematographer, with his weapon of choice.

Camera operator Will Dearborn took to his Instagram to share a picture of director/co-creator Pat Bishop giving directions to his friend and co-worker, Matt.