Countdown Ending, Explained: Who Is Ozhin? Does [Spoiler] Die? 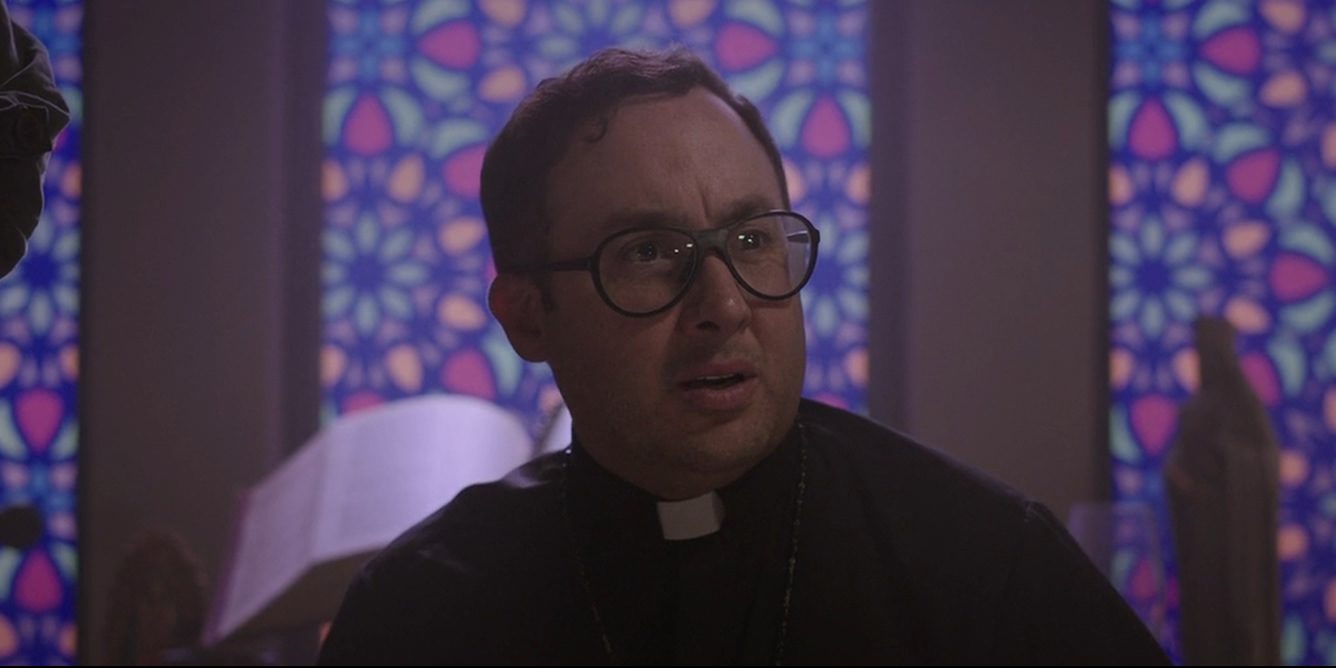 Death is uncertain, but have you ever felt like knowing when you would die? If so, Justin Dec’s 2019 feature debut horror-thriller movie ‘Countdown’ is a perfect cautionary tale for your ticking curiosity. The titular app can predict when you would die. If you think that the app’s a harmless prank, you may want to hold your thought. From one of her patients, Quinn finds this app, and she has to see for herself what the fuss is all about. Curiosity killed the cat, but is it the end for Quinn? Let us consider the ending from close quarters. SPOILERS AHEAD.

Friends at a table are busy chatting up, and Kate shows the group an app called “Countdown to Skinny,” a kind of calorie counter, apparently her secret to having a great body. Following the cue, Courtney finds the Countdown app that predicts your death. Whoever dies first drinks all of their drinks, and unfortunately, Courtney has three hours to live. When she cannot finish her glasses, her chivalrous boyfriend, Evan, comes to the rescue. Rejecting Evan’s offer, Courtney drives home. In the shower, an entity smashes Courtney’s body to the roof, and she dies as the countdown comes to an end.

Meanwhile, Evan’s car gets into an accident around the same time, and a tree branch pierces through where Courtney was supposed to sit. Evan ends up at a hospital and prepares for an operation. Quinn, a trainee nurse who has just joined the clock, tries to boost Evan’s morale before the procedure. On the other hand, Quinn gets curious enough to download the app for herself. Evan does not go into the operation theatre but meets his doom in a backdoor exit. Quinn takes the trouble to unwrap Evan’s corpse to unlock the phone. She sees that the countdown has come to a close, while her own countdown says she has around two days more to live.

Later, her senior Dr. Sullivan tries to kiss her forcefully, but Quinn escapes the situation. At night, she probes into the internet to see that the app has taken more lives. Quinn seeks to whistleblow Dr. Sullivan’s rape attempt, but Dr. Sullivan is a much more influential member of the inner committee than Quinn. After losing her job, Quinn tries to uninstall the app, destroy the phone, and buy a new phone, even. The app does not leave her back, and the clock keeps ticking.

Countdown Ending: Is The App Cursed? Who Is Ozhin?

Quinn goes to extra lengths to get rid of the app, but all her attempts fail. She visits tech whiz Doc to buy a new phone, but the app gets mysteriously reinstalled on her phone. It takes a while, but we understand that the app is cursed. The force that lifted Courtney was not human, and Evan seeing Courtney’s ghost in the stairwell makes the app’s demonic connections all the more plausible.

Quinn sees a ghastly robed specter on the rearview cam outside Doc’s Wireless. She turns back to see the white guy yelling at her for damaging his Lexus. Matt appears from the other side of the street and rescues Quinn from the rubble. He has a countdown of his own, which ends before Quinn’s. They go to a bar where they meet Jerry, a flat-earther, and Matt talks him into downloading the app. As it turns out, old Gear-bear will live till 91 years. They also visit an ordinary priest, who is not of much help.

But the priest sends Matt and Quinn to another, who takes a particular interest in demonology. The eccentric and hip Father John starts geeking out on demons, but he can shed some light on the matter when they state their case. The app seems like a modernized version of an ancient mythical tale about a gypsy woman and a prince. Prince goes to a gypsy woman asking about his death, and the woman hands him a scroll. When it says that he will die in a battle, he takes a rain check, sending his brother instead.

The brother returns alive and victorious, but that does not alter the prince’s fate. When he goes back to the gypsy woman claiming that the “Angel of Death” is coming to him, the woman assures him that he is not dealing with death, but Ozhin, the demon. When Doc hacks into the app, they find a Latin phrase, which, Father John deduces, is a curse. Ozhin is seemingly the horrid-robed specter that manifests their fears. So, are there any demons of that name in mythology? No, we are afraid. The monster is an imagination of the writer-director himself.

Is Quinn Dead or Alive? Can She Break The Curse? 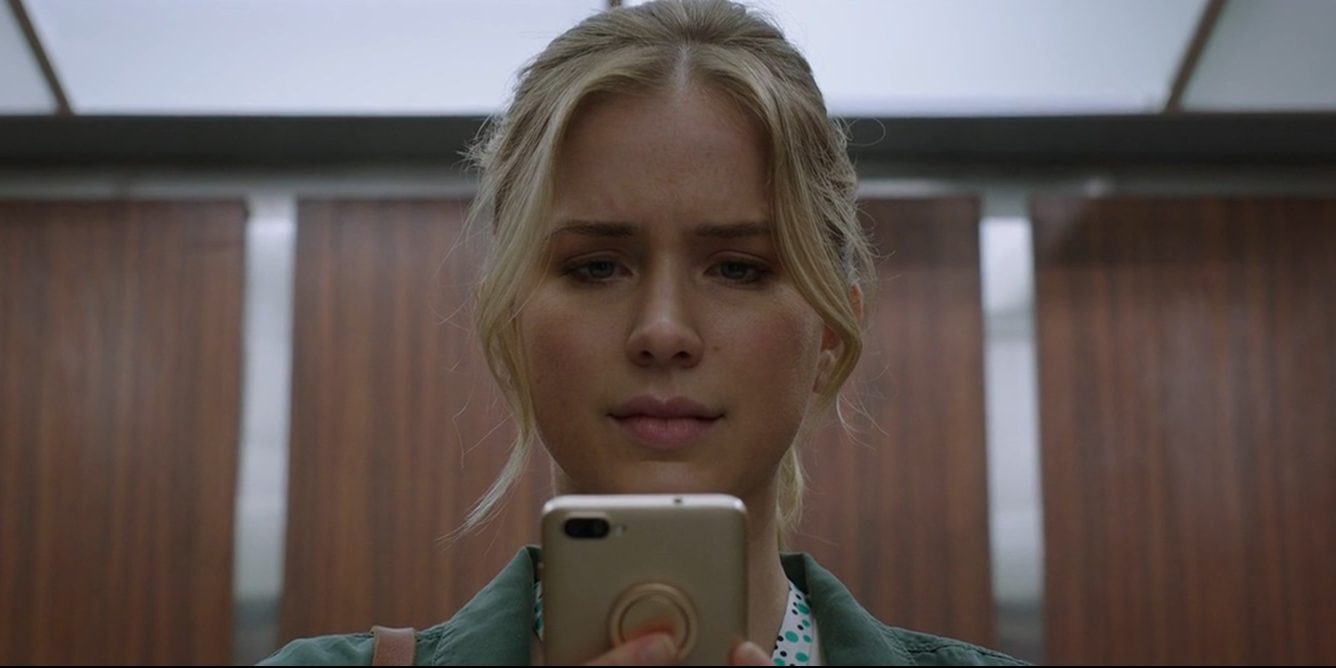 Quinn and Matt do everything possible for mortal human beings to ward off their fate. Like Evan, Quinn tries to delete the app and sees a ‘User Agreement Broken’ message. After Evan’s sudden death, Quinn stays up at night to see other people’s accounts on social media. She finds a comment from @Dvader483 under the news of Courtney’s death, whose friend has had a similar fate. After watching the self-recorded video, Quinn freaks out, even more, thumping on her phone.

Quinn goes out to buy another phone from Doc’s Wireless, but she later finds out that the matter is not that straightforward. Outside Doc’s, Quinn meets Matt, whose search to break the curse leads them to Father John. The mastermind priest suggests hacking into the app, and despite his tinder date, Doc agrees to jailbreak the phone in exchange for two credit cards. Quinn finds out Jordon, her sister, dies a few minutes before her, but the Doc alters all the dates from the source code.

Even the hacking does not alter the fate of the protagonists. They go back to father John’s library, taking Jordan along. The father says that if you can catch Satan’s lie, you can defeat the devil in his own game. He also suggests drawing a circle with salt to break the Latinate curse. Apparently, you live if you stay inside the curse, but the demon lures Matt out of the loop, taking his deceased brother’s form, whose toy dinosaur he stole. Matt thinks he has broken the curse, but he meets his doom in a car accident. 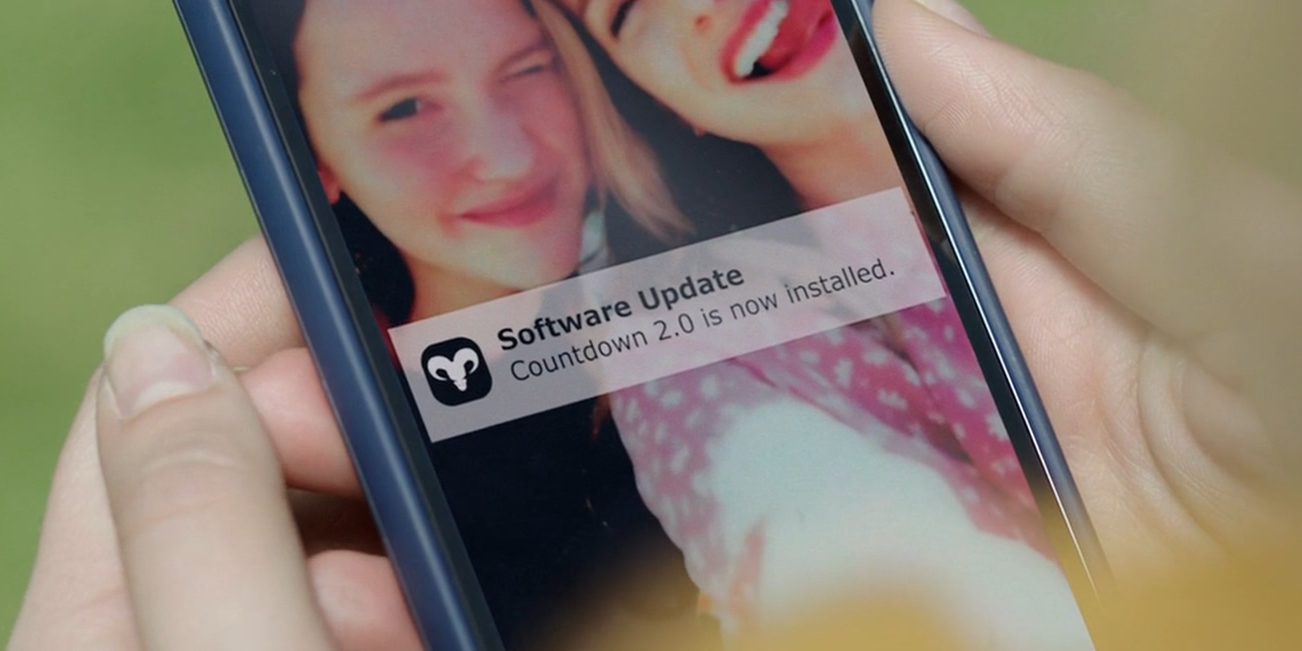 Quinn figures that she may break the curse if she kills someone whose date has not yet come. Thinking of predator Dr. Sullivan as a suitable choice for the experiment, Quinn takes Jordan to see him. Quinn lures him to the defunct block for some blows, but the demon sides with Dr. Sullivan. Later, moments before Jordan’s possible death, Quinn injects the morphine she was saving for Dr. Sullivan into herself. The demon presumes Quinn to be dead and bursts into thin air.

When Jordan moves Quinn’s body, a bottle of Narcan falls out of Quinn’s pocket. The medicine is used in opioid overdose emergencies, and an injection brings Quinn back to life. In the end, Quinn visits her mother’s grave with her father and sister, as per her initial plan. She gets to know that several other women have come out against Dr. Sullivan, and he is looking at a termination. However, as they leave the grave, Quinn gets a notification on her new phone. “Countdown 2.0” has taken the liberty to install itself on Quinn’s phone, and we are looking at a sequel.

Read More: Is Countdown Based on A True Story?