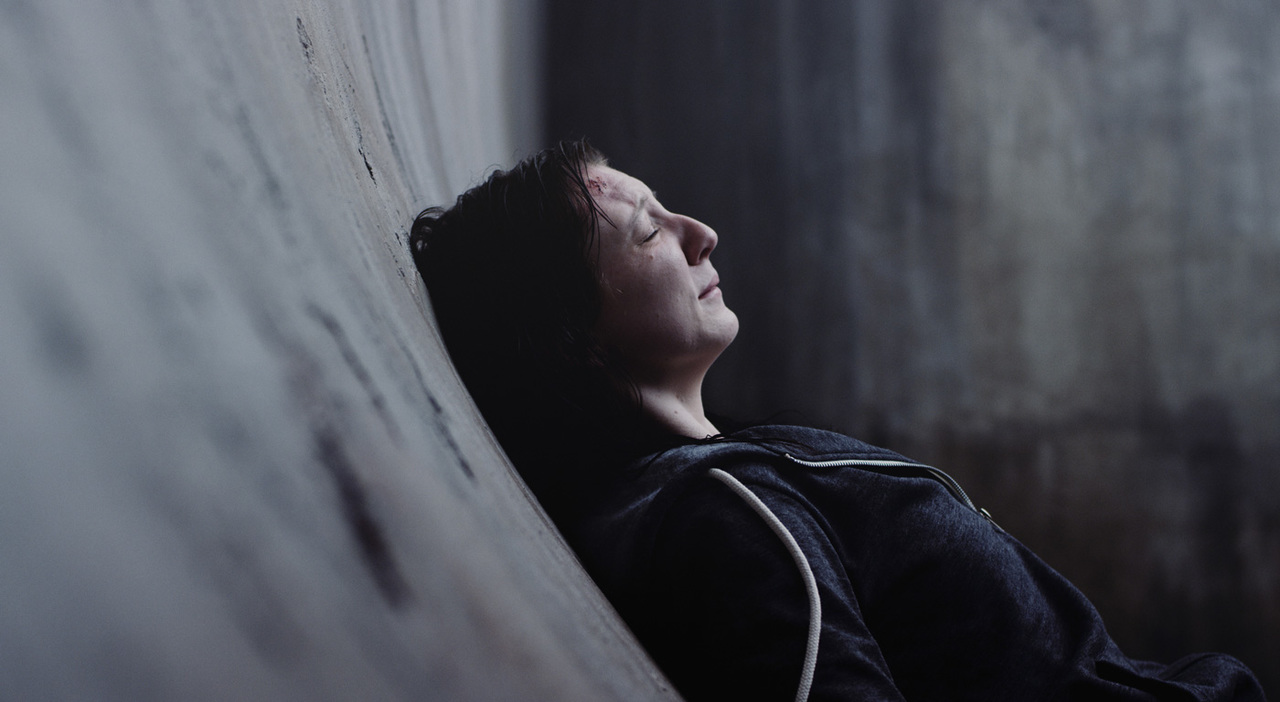 The 2016 short horror thriller ‘Curve’ follows a nameless woman trapped on an ominous smooth concrete surface. Literally trying to claw her way to safety, the woman is faced with a gaping chasm that could spell her doom. Written and directed by Tim Egan, the film presents a hard-hitting vision of dread, fear, and hopelessness in under 10 minutes. The details are scant and the film’s sole character’s fear is the only aspect we know for certain. However, there might be some more clues hidden in the film. Let’s take a closer look at ‘Curve’ and see what we can find. SPOILERS AHEAD.

The film opens with a woman, the film’s only character, waking up to find herself stranded on an almost vertical concrete slope. The opening scenes are interspersed with glimpses of large waves, but the narrative then begins to focus solely on the woman once she is awake. She opens her eyes to find herself precariously balanced on the slope with a deep black chasm in front. With fingertips bleeding, she attempts to find a hold in the unrelenting smooth concrete surface of the Curve but can barely hold on. 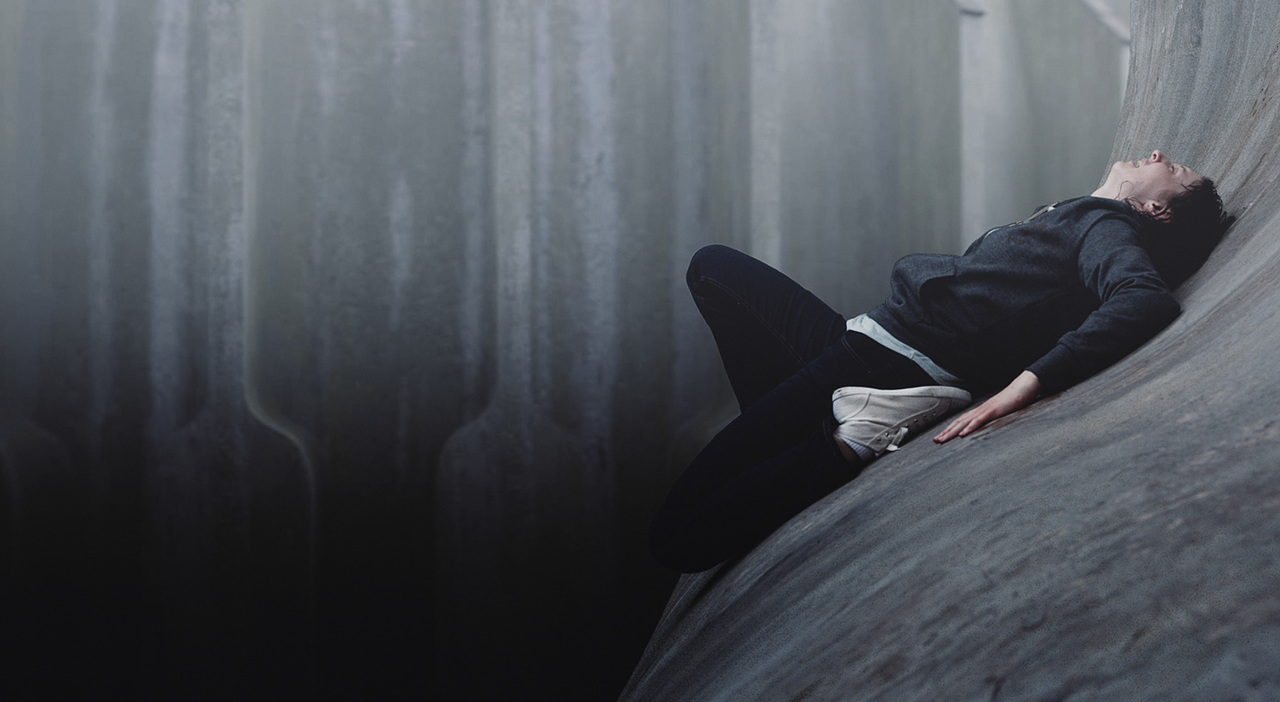 A look around offers no clues as to how she got there, and we see that the curved surface the woman is resting on is part of a colossal concrete structure that stretches out into the distance. Most notably, an identical curve to the one she’s on faces the woman with the chasm in between. Looking closer, she notices bloody handprints on the curved wall opposite her.

Calming herself and possibly motivated by not wanting the same fate as the person that left the handprints, the woman tries to ease herself a little higher on the slope. However, a minuscule slip causes her to slide dangerously close to the edge, and she remains paralyzed in fear, unable to move.

Curve Ending: Does the Woman Live or Die?

As the woman studies herself on the precarious curved ledge and looks at her muddy, blood-soaked hand, a drop of water falls on it. To the character’s utter dismay, it then begins to rain, making her resting place all the more treacherous. As the surface of the Curve gets slippery with the rain, she makes a final attempt to save herself.

Tearing a silver chain off her neck, she wraps it on her bleeding hand, hoping it will help her grip the smooth concrete surface better. We see her push against the concrete surface with her hand wrapped in the thin chain before it fades to black. The sound of slipping on concrete followed by a visual of the Curve lying ominously empty closes the film.

Though we don’t see the protagonist fall into the chasm, the film makes it quite apparent that she falls in. From the start, it is made amply clear that there is literally nowhere that the woman can go. She faces a seemingly bottomless pit and behind her is a stark vertical concrete wall that is virtually unscalable.

What makes the narrative especially terrifying is that both the protagonist and the viewer realize that the former is fighting a losing battle and faces certain death. In this way, the film explores the woman’s survival instinct, which compels her to try and save herself even though it is impossible.

The rain essentially makes the unlikely odds of survival completely impossible. In a way, the woman’s fragile piece of jewelry, which she uses to save herself, is an almost laughable countermeasure to the falling rain, which speeds up her inevitable fall into the pit. Thus, for all intents and purposes, the woman falls from the curve and doesn’t survive.

How Did the Woman End Up on the Curve?

The film is scant in the details and opens with the nameless protagonist already on the precarious curved ledge. She is unconscious at the opening of the film and wakes up to her predicament. However, it isn’t revealed whether she has fallen in or been placed there. Interestingly, both are equally possible. She does have an injury mark on her forehead, which could mean that she fell into the curve. It could also mean that someone kidnapped her and placed her there.

It is also left unclear just how many have fallen into the treacherous pit under the curve. The bloody handprints on the facing wall prove that at least one other person has suffered a terrible fate. However, for all we know, there could have been thousands. This also gives additional significance to the rain, which washes off the bloody prints of past victims and makes it impossible to tell just how many have perished there.

What is the Curve?

Once again, the Curve’s purpose is left unsaid. The Curve looks like it is a part of a massive industrial structure, like a dam, which has similarly stark and precarious concrete walls. The movie actually begins with a shot of waves of water. So that could be sort of a hint of what or where the curve might be.

However, the film gets a lot of its scares by inciting fear of the unknown, and the woman’s ominous prison, the Curve, could very well be sentient. Much like an ant trap or carnivorous plant, the Curve could be part of an entity that lures its prey in and then traps them until they fall into the black void, which could signify a mouth. The film leaves it up to the viewer to decide what precisely the Curve is, allowing us to conjure up in our minds the ideas that scare us most.