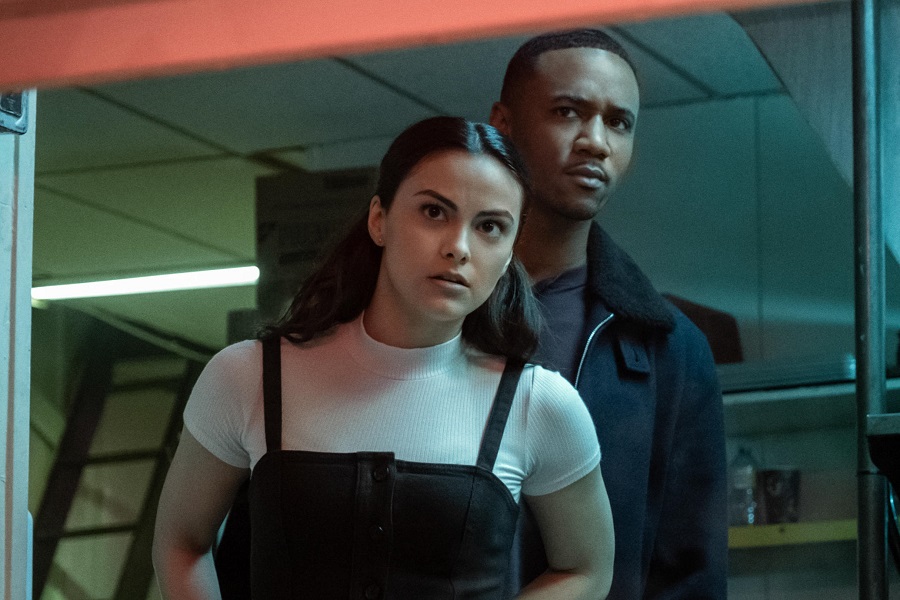 Netflix’s ‘Dangerous Lies’ is a twisted tale of secrets that unravel after the death of an old man. The film keeps the audience engaged with several ploys, and by the end, everything comes together in a shocking turn of events. It also ends on a bittersweet note for the protagonist. Here we discuss what the ending means for her. If you haven’t yet seen the film, head over to Netflix. SPOILERS AHEAD!

Katie serves as a caretaker for Leonard. She is in a tight financial situation, and her husband, Adam, is doing much to alleviate her concerns. When her employer dies suddenly, she finds out that he has left everything to her. It comes as a wave of relief, but the new wealth also brings a lot of problems with it, much more than it is worth. 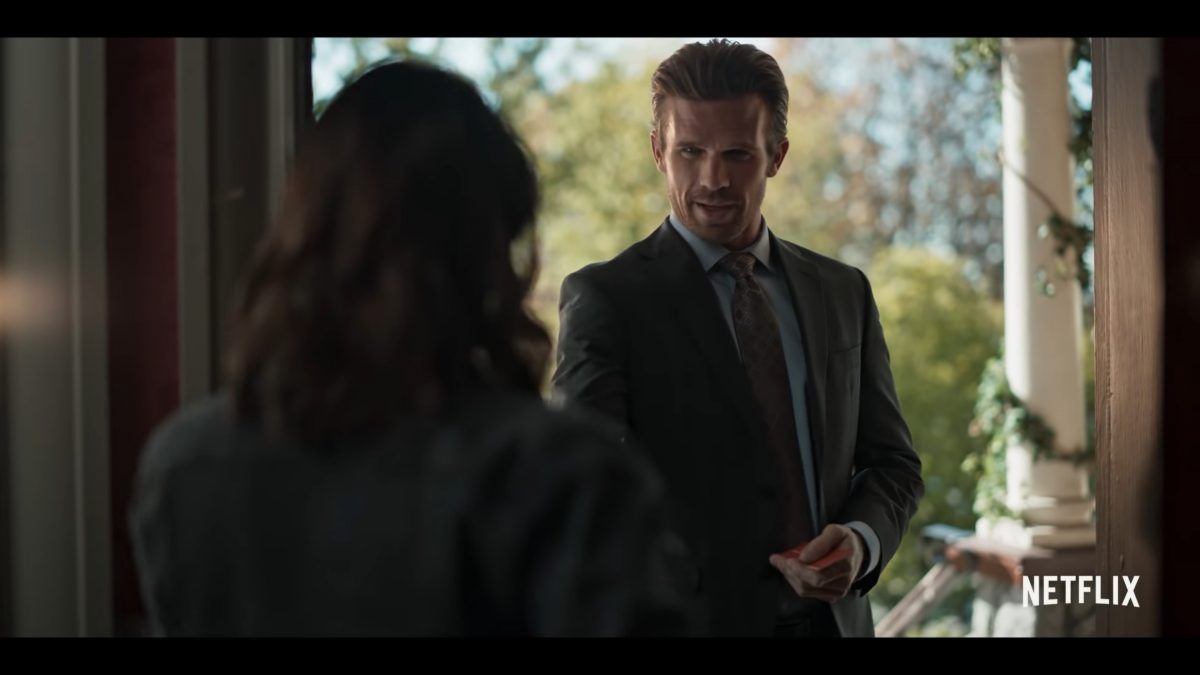 Leonard was an old man on a lot of medications. When Katie finds him in his regular spot, it looks like he passed away naturally. The coroner, too, passes it off as natural death, and according to Leonard’s wishes, he is cremated. On the surface, this looks like the usual deal, but Detective Chesler’s instincts tell her otherwise. When she comes to know that Katie has inherited his house, it becomes all the fishier. The problem now is that she doesn’t know how to find out the real reason behind Leonard’s death. There is no body for any tests.

Later, it turns out that Leonard overdosed on his own medicines. While discarding the pills, Katie comes across an empty bottle, which should not have been so, considering that the rest of them were as usual. As for who could have done this and how, we go back to the time when Leonard was still alive. He tells Katie that he thinks someone is inside the house at night. He can hear them, but as soon as he comes out, they disappear. So, it is this mysterious person who would have broken into the house and killed Leonard.

This leads to the question of the murderer’s identity. ‘Dangerous Lies’ does not present any red herrings on this matter. Mickey Hayden, who had introduced himself as the real estate agent to Katie, is the murderer. From the first time he appears on the screen, we know that his interest in the house is not merely because his client wants the house. There is more to the story. He comes back after Leonard’s death and is much more intimidating this time around.

Why does he want the house anyway? There must be something that he is aware of is hidden inside the house. He can’t simply get in because he doesn’t know Leonard. He must come under cover of dark, knowing that the old man spent his nights alone. He was the intruder that Leonard was scared of. As for what he wanted, it turns out that it was much more than the 100 grand that Leonard had stashed away. 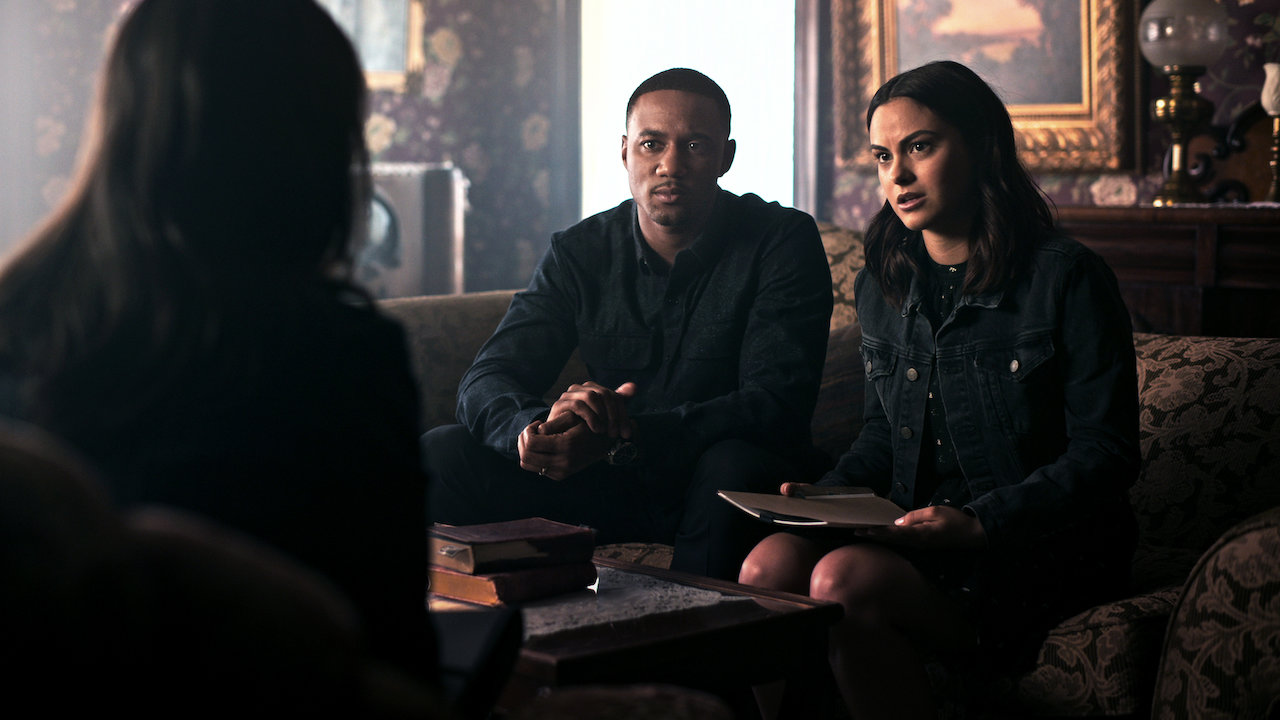 After Mr Calvern is killed by mistake, Katie starts to question the people around her. She knows that Mickey has something to do with, but Adam’s intentions are also called into question. With so much money and diamonds in his hands, his first instinct is to run away. However, Katie holds him back. What if he doesn’t want to be held back anymore? Detective Chesler had always been suspicious of him, and when Katie doesn’t find the money in the account, Julia increases her concern by saying that he might be making a run for it.

She comes back home, wondering if he has already left. But she discovers that he waited for her. He had also dug up dirt on Mickey, and it turns out that he was the one to have stolen the diamonds with Ethan, the gardener, who died of the bullet wound inflicted by Mickey. Because Mickey knew that Ethan had worked for Leonard, he suspected that the diamonds were hidden somewhere in the house.

Julia came into the equation while representing Mickey. When Leonard died, the house was left unprotected, but she couldn’t just waltz in and ransack it. Also, if the cops knew that he had been murdered, she would need a scapegoat. She created a fake will where she transferred all of his assets to Katie. Now, the only suspect that the cops would have would be the caretaker who duped an old man into giving her everything that he owned.

She also got Katie in her confidence, so that if they came across the diamonds, she would be the first one to know. And the plan worked. Katie told her everything, but Mickey spoiled it. He went in and threatened Katie and Adam, killing the latter as well as himself in the process. Julia got close enough to the diamonds, but the only one who knew where they were hidden was dead.

Fortunately for Katie, the detective comes just in time to save her. Julia is killed, and Katie tells everything to Chesler. They look for the diamonds but don’t find them anywhere. In the final scene, we see the diamonds hidden under the same tree that Leonard’s father had planted on the day he was born. It is only a matter of time before someone finds them. The question is whether it will be Katie, or is there someone else who knows about the diamonds?

Read More: Will There be a Dangerous Lies Sequel?