Is It Wrong to Try to Pick Up Girls in a Dungeon Season 3: Premiere Date, Characters, Plot 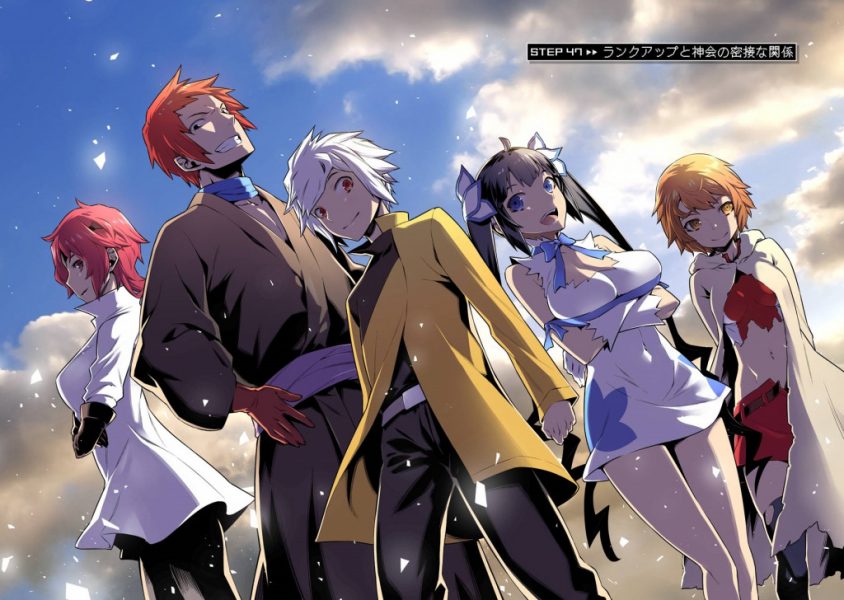 Dungeon ni Deai wo Motomeru no wa Machigatteiru Darou ka (also known as Is It Wrong to Try to Pick Up Girls in a Dungeon? in English) is a Japanese anime show which is known popularly as DanMachi. The show is based on a light-novel series of the same name, written by Fujino Ōmori and illustrated by Suzuhito Yasuda. While the light-novel series was first published on January 15, 2013, it was quickly picked up for a manga adaptation, which was first published just months later on August 2, 2013.

A couple of years after the light-novel series and the manga series was published, DanMachi was picked up for an anime adaptation, Season 1 of which first hit viewers’ screens on April 4, 2015. Season 1 of DanMachi proved to be quite popular, and subsequently, a spin-off anime show called Dungeon ni Deai wo Motomeru no wa Machigatteiru Darou ka Gaiden: Sword Oratoria, was aired from April 15, 2017 to July 1, 2017. The spin-off, too, was a success, and subsequently, DanMachi was renewed for a second season, which premiered in July, 2019.

Here’s everything we know about of Danmachi Season 3.

Danmachi Season 3 Release Date: When will it premiere?

DanMachi season 1 premiered on April 4, 2015, and was an immediate hit. While fans of the anime and the manga were all clamoring to see more monster-slaying action, their wishes were partly fulfilled when the spin-off anime show was released on April 15, 2017. However, fans of the original story arc were not completely satisfied, and kept demanding a second season of DanMachi to see more adventures of Bell and Hestia.  Their wishes were finally be fulfilled as DanMachi season 2 released on July 13, 2019. The show came to an end after 12 episodes on September 28, 2019.

The fans who were waiting for the third season of the anime can rejoice because it has been confirmed that DanMachi season 3 will release in July 2020. What we also know is that both the anime and manga series have been in huge demand over the last few years. So, it would make sense for the makers to capitalize on its popularity.

Not many sites have undertaken the responsibility to bring out an English dubbed version of the anime but if you are looking for a good site to watch dubbed episodes of DanMachi, you can find the same on Crunchyroll and Hulu.

DanMachi has a rather intriguing plot and the events in the show are based in and around the bustling fictional city of Orario. A labyrinthine city, Orario is the gateway to a maze of dangerous underground catacombs which the folk simply call the “Dungeon”. This dungeon is crawling with monsters, and is a place where mortals go in to gain honour and experience the excitement of fighting monsters. Groups of adventurers, called Familias, often venture into the dungeon to slay monsters and retrieve crystal shards from their carcasses, which are either used to craft exquisite weapons or magical items, or can be exchanged for currency.

In this backdrop, the show follows the adventures and misadventures of a 15-year-old boy called Bell Cranel, who aspires to be one of the greatest adventurers the world has ever seen. While Bell is an unremarkable boy initially, his life gets turned around after a chance encounter with a lonely and beautiful goddess called Hestia. A failed goddess who doesn’t even have a single follower, Hestia’s meeting with Bell is a fateful one which results in Bell getting some godly powers.

With Hestia’s blessings, Bell becomes the sole adventurer in the Hestia Familia, and he soon embarks on a herculean and epic quest to become the best adventurer the world has ever seen. Venturing deep into the dangerous underground catacombs, Bell and Hestia have to try and keep themselves alive inside the Dungeon, which also seems to be inhabited by a mysterious power which moves in the shadows.

Yet, despite all the trials and tribulations, Bell remains undaunted, and the anime show chronicles his adventures with Hestia which are full of excitement, blunders, and triumphs.

Although DanMachi has dozens of characters, there are only two main characters in the show – Bell and Hestia. Below, we have provided brief backgrounds on these two main protagonists.

Bell Cranel: Raised by his grandfather in a village near Orario, Bell moved to Orario as a teenager to fulfill his dream of becoming the greatest adventurer in the world. With white hair and red eyes, Bell is quite the charmer and is known for being considered cute by the goddesses which inhabit the fantastical world in the show. In terms of his equipment, Bell usually wears light armour and carries a short sword on his adventures. Although dauntless and optimistic, Bell’s only drawback is that he is easily intimidated by foes who are stronger than him. Despite this, Bell deeply cares for people around him, and is shown to have a particular fascination towards Hestia. Bell also shows an unnatural knack for being an adventurer, and levels up faster than any of his peers. Later in the show, it is revealed that Bell is the adopted grandson of the god Zeus, and that Bell’s real family was killed when a creature called the Black Dragon wiped out the Zeus Familia.

Hestia: With round-ish blue eyes and long black hair, Hestia is a goddess who resembles a human teenager. Hestia also has a rather large bust in comparison to her small stature, and is also known by her nickname, “Loli Big-boobs”. Despite being an energetic and kind goddess, Hestia is shown to be a failure who failed to create her own Familia, despite trying multiple times. After around fifty odd tries, Hestia notices Bell, secretly follows him, and comes to know that he is looking to join a Familia. After Bell gets rejected multiple times, Hestia decides the time is ripe, and gives Bell an opportunity to join her Familia. Bell thus becomes the first member of Hestia’s Familia, and over the course of the show, Hestia falls in love with Bell. Unsurprisingly, when other girls, namely Aizu, shows interests in Bell, Hestia gets jealous easily. Yet, she is faithful to Bell and is an extremely supportive goddess who tries to earn a living for the two of them when Bell is away on his adventures in the Dungeon. That being said, Hestia is also shown to have lewd side, and can be frequently seen slipping into Bell’s bed and sleeping with him.

Ais Wallenstein: Although not a main character in DanMachi, Ais Wallenstein is important nonetheless. Also known as the Sword Princess, Ais is a key member of the Loki Familia and is a First-Class Adventurer who has the reputation of being the strongest among the small group of First-Class Adventurers in Orario. A quiet person who doesn’t talk much, Ais is shown to be merciless and clinical in her fights with monsters, and is always looking to become even stronger. However, she fails miserably when it comes to social interactions, and becomes absolutely bewildered when someone confesses feelings for her. Notably, while Ais a supporting character in DanMachi, she is the main protagonist of the spin-off show, Dungeon ni Deai wo Motomeru no wa Machigatteiru Darou ka Gaiden: Sword Oratoria.