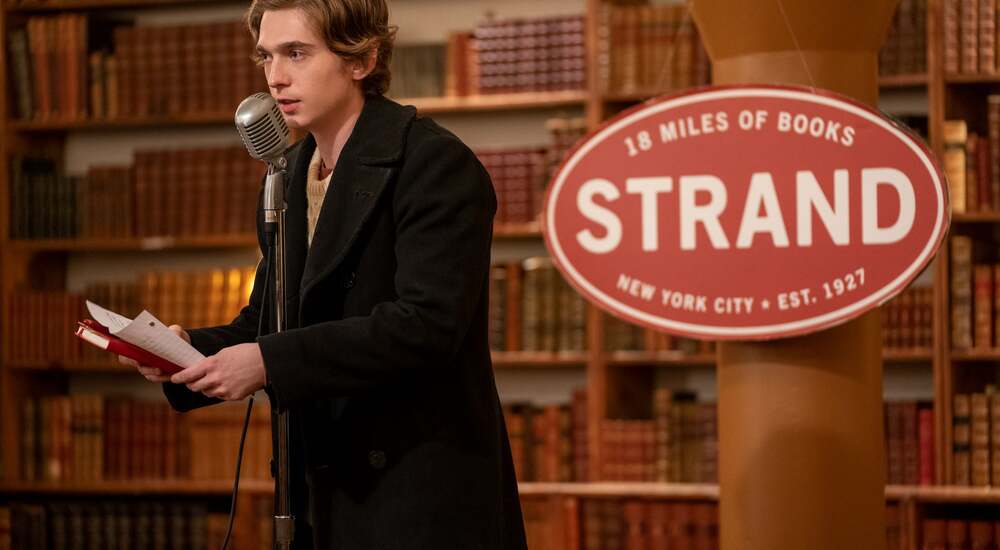 The Netflix Original show ‘Dash & Lily’ is a Christmas-themed romantic comedy series that is based on the young adult novel ‘Dash & Lily’s Book of Dares,’ authored by David Levithan and Rachel Cohn. The show revolves around Dash, a holiday-hating, world-weary teenage boy, and Lily, a Christmas-loving, sunny-natured yet introverted 17-year-old girl.

The two develop a strange connection serendipitously when they start writing to each other in a red notebook that they keep passing back and forth between themselves, without ever meeting. The series stars Austin Abrams as Dash while Midori Francis plays the role of Lily. Here is a recap of the first episode of ‘Dash & Lily,’ followed by our review of it. SPOILERS AHEAD!

Dash hates the holiday season. Everything about Christmas, from carolers and frenzied crowds to tinsel and lovey-dovey couples, annoys Dash. At the age of 17, he is already jaded and cynical. Since Dash has lied to both his parents and somehow convinced them that he is spending Christmas with the other (they don’t speak to each other), both his parents have left town for the holidays, setting up Yuletide just the way he likes it – in solitude. The only place he can escape the holiday festivities in Manhattan is his favorite bookstore called The Strand.

While perusing books at The Strand a week before Christmas, Dash comes across a red notebook with intriguing handwritten clues inside it. With his curiosity piqued, Dash proceeds to decipher the coded message present in the notebook with the help of some of the other books in the shop. The decoded message reads, “Are you going to be lonely on Christmas?.” The bookstore manager lets slip that the red notebook was placed there by a girl. 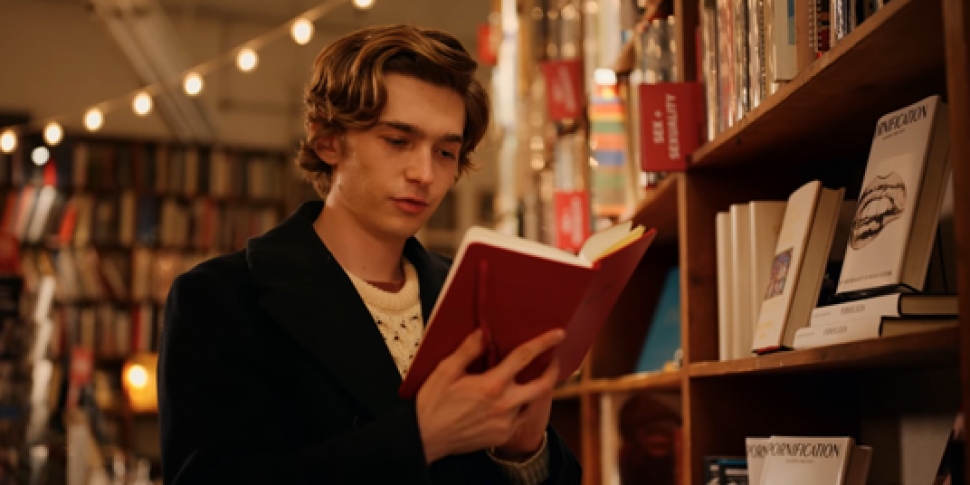 Clue Girl – as Dash nicknames her – asks him to write in the notebook what the holiday season means to him and then keep the notebook back on the same shelf for her to collect. Dash takes the notebook home with him and writes in it about how he detests Christmas and everything else that’s part and parcel of the holiday season. Here we see a small flashback to last Christmas when his ex-girlfriend Sofia had informed Dash that she was moving away from New York City, breaking his heart.

The next day, Dash keeps the book back at The Strand but with clues of his own that would lead Clue Girl to a pizza parlor that’s his best friend Boomer’s workplace. He asks Boomer to keep a lookout for the girl who comes in and places a red notebook on the DVD shelf. Clue Girl leaves the notebook at the designated spot inside the pizza parlor, but Boomer misses her because of the lunch-time rush. Dash receives another dare from Clue Girl, this time to earn the knowledge of her first name. Dash, who feels like this mystery girl is sarcastic, sophisticated, and sadistic (plus a kindred spirit in hating Christmas), goes to Macy’s Santa Land and steals Santa’s hat, thus completing his dare.

He smiles when he sees her name embroidered on Santa’s hat – Lily. The episode ends with a 17-year-old girl named Lily joining a group of merry carolers as they belt out “Joy to the World.” This seems like it’s going to be a classic case of opposites attract as Dash and Lily get to know each other better over the course of the next few episodes. It’s pretty evident that Dash already kind of likes her, even if he doesn’t know who she is yet. The end of episode 1 clearly shows that Lily absolutely loves Christmas and fully embraces the magical time, even caroling cheerfully with a bunch of people who are drunk on eggnog.

At this point, we don’t know much about Lily’s personality other than the fact that she is a sunny girl who likes to really get into the spirit of Christmas. Her clues in the red notebook indicate that she is a smart and funny young woman whose passion for reading books matches Dash’s. We would love to see how this story plays out for these two bookworms who are so starkly different from each other. It could result in potential heartache for both or either parties if they build up a kind of image of the other in their own mind, but the reality does not match up to their expectations.

The first episode of ‘Dash & Lily’ is fresh and funny (not laugh-out-loud funny, but it does have its moments). The episode runs smoothly as the story is connected and easy to follow, and it does not feel slow or draggy anywhere due to a tight run-time of approximately 23 minutes. The plot of the first episode is utterly engaging, and you may find yourself wishing that it did not have to end so soon.

We just got a little glimpse of our intriguing leading lady before the episode ended, and we so wanted more than a glance. The character of Dash is endearingly finicky (he has a thing about misshelved books) and quite relatable (who among us has not had a bad festive season that we just sulked through?), and you actually get quite effortlessly invested in his story. He is clearly battling some inner demons, and future episodes might possibly reveal more reasons behind his cynical attitude.

Dash’s girlfriend dumping him on Christmas cannot be the only reason he hates the holidays so much, right? As we watch, we want to find out who Clue Girl is almost as much as Dash. Will we get to see Lily’s side of the story as well, in the coming episodes, and find out what led her to leave clues in a notebook in the first place? We cannot wait to watch more of this sweet YA romance that’s set in the most magical time of the year in New York City.