Is Sir David Attenborough Married? Does He Have Children? 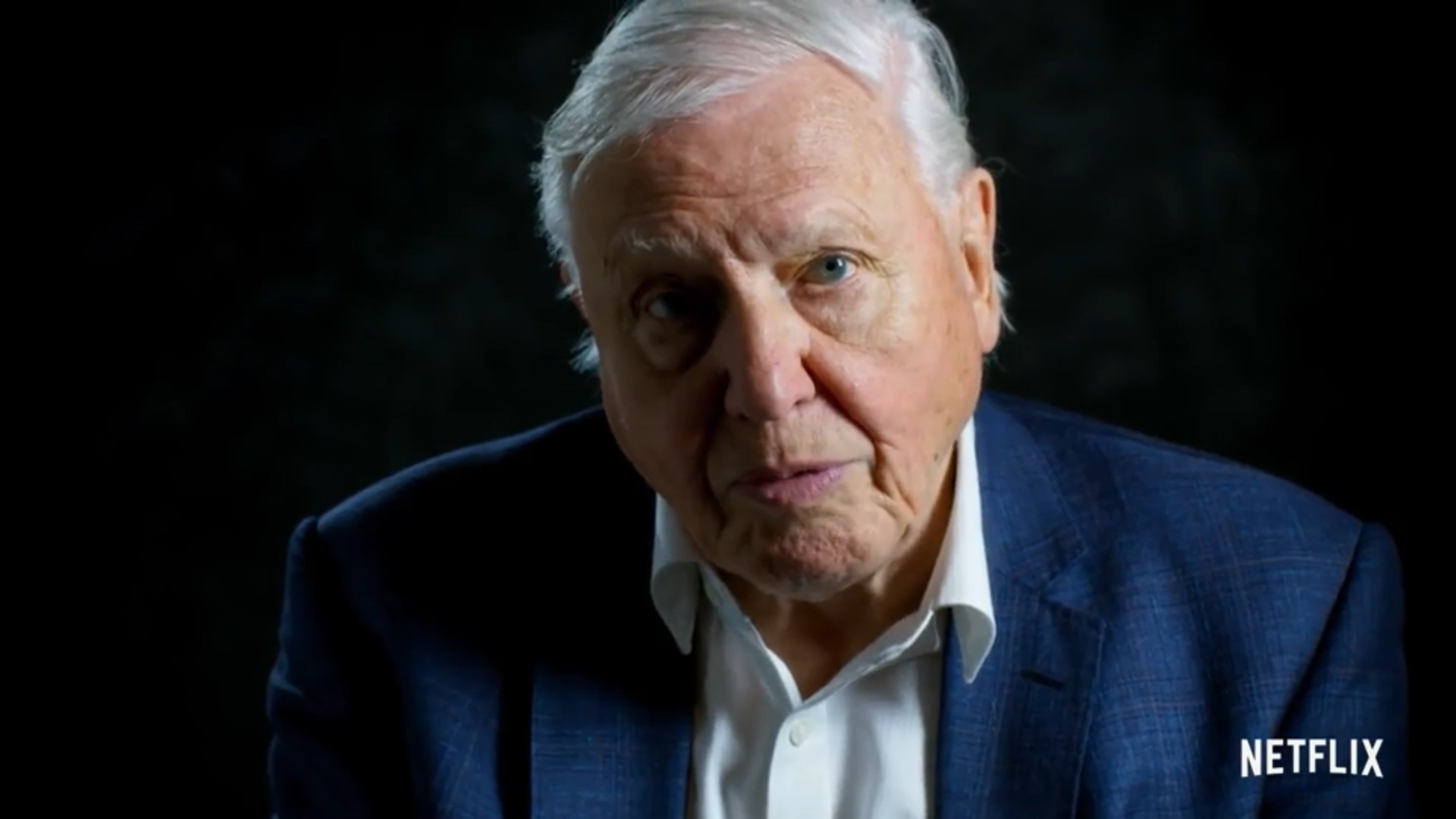 To say that Sir David Attenborough has lived an illustrious life would be an understatement. The 94-year-old is the only person to have been honored with BAFTA Awards for programs in black and white, color, HD, and 3D. He received a knighthood in 1985, thus rendering the additional ‘Sir’ to his name. Queen Elizabeth presented him with the Chatham House Prize for his highly-acclaimed BBC nature series ‘Blue Planet II’ in 2019. One of the UK’s most beloved broadcasters and naturalists, he is the narrator of a Netflix documentary titled, ‘David Attenborough: A Life on Our Planet.’ Through the 90-minute film, he intends to explain to his fellow beings the seriousness of the dangers that humans have posed to nature and animals and suggest ways to “put it right.”

With the changing times came the necessity to communicate with the audience using modern mediums. To make sure that his urgent message of nature’s preservation reached out to millions at once, Sir David debuted on Instagram on September 24, 2020. This simple action landed him the Guinness World Record for the fastest time to reach 1 million followers. Such is the popularity that the Briton has garnered over almost seven decades of writing and broadcasting the innovative educational television programs, especially the Award-winning nine-part ‘Life’ series. The extraordinary Radio and TV personality has the most ordinary yet beautiful personal life with his family. Here is everything we have found out about them!

The natural historian was born in Isleworth, Middlesex, and spent most of his early years collecting fossils and natural specimens, which he liked to call his “museum.” It should not come as a surprise to see Sir David care so deeply about his surroundings as it is a quality he has imbibed from his parents. During the Second World War, they volunteered to foster a couple of Jewish refugee girls from Germany. A few years down the line, one of his adoptive sisters presented to him a piece of amber that contained prehistoric creatures. 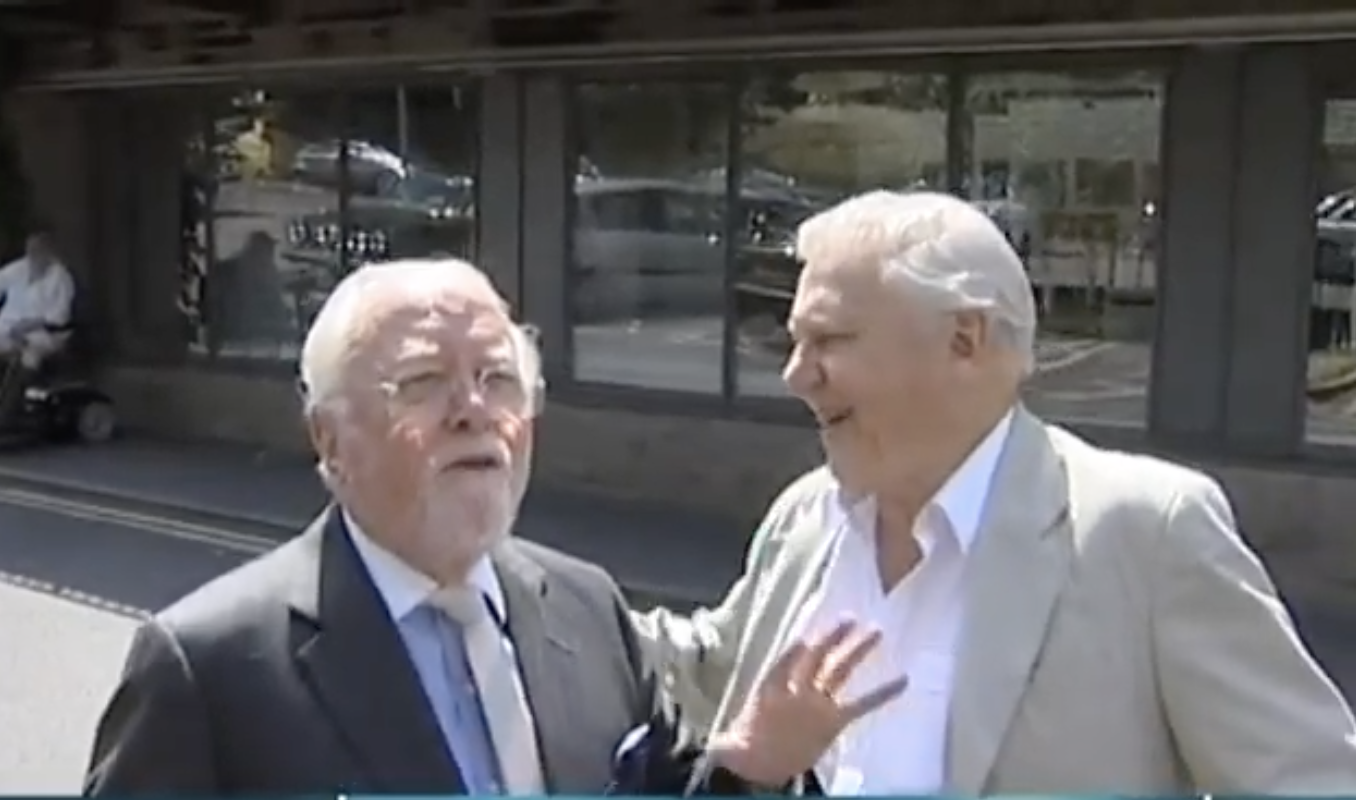 The same piece became the subject of his BBC documentary ‘The Amber Time Machine’ that was transmitted in 2004. His elder brother, Richard, grew up to be a famous English actor and director. The youngest of three brothers, John, followed his passion for the motor trade and became an executive at an Italian car manufacturer Alfa Romeo. The Attenborough household atmosphere was disciplined and conducive to building independent careers while aiming at social betterment. Sir David seems to have passed on this same trait to his own family while living a reputable and peaceful personal life.

In 1950, Sir David married Jane Elizabeth Ebsworth Oriel, the woman who gave him emotional stability to pursue his heart’s calling. After serving in the Royal Navy, he decided to perform the mundane job of editing children’s science textbooks for a publishing company. But after realizing his true potential, the environmentalist made a 360-degree turn in his life. Despite the public attention he has received since the beginning of his career, the loyal partner has remained tight-lipped about his wife and children. But the fact that the couple had two offspring – Robert and Susan, is of public knowledge.

Robot works as a senior lecturer under the School of Archaeology and Anthropology at the Australian National University in Canberra. His stream of expertise is bioanthropology, much like his father. Their daughter grew up to follow her paternal grandfather’s footsteps and became a headmistress at a primary school. It is known that she has now retired from her service. In 1997, Attenborough was occupied in shooting for ‘The Life Of Birds’ in New Zealand when he heard the tragic news that his wife had slipped into a coma due to brain hemorrhage. He flew straight back to his home but eventually lost her. To cope with the demise of his one great love, he made his work the center of his focus.

The Primetime Emmy Award winner feels privileged to have travelled around the world to follow his passion for nature and its flora and fauna. But sadly, he had to pay a high price for living the dream life. Self-admittedly, if there is anything he regrets to date, that is missing out on the formative years of his children’s lives. Like any other father, his offspring are the apple of his eye. But, unfortunately, his job took him to the remotest corners of the world, keeping him away from his home for sometimes three months at a stretch.