Review: Dead to Me Season 2 Episode 4 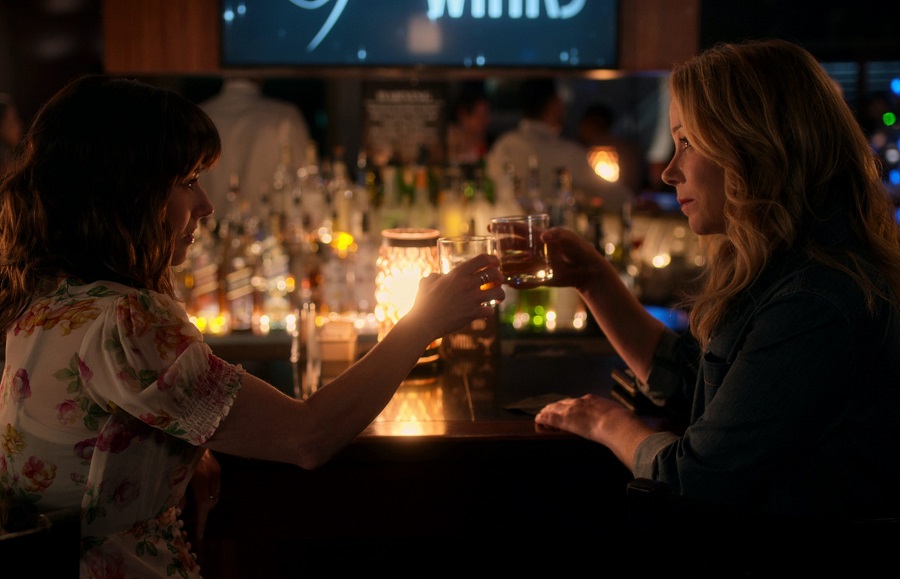 Of all the places where Jen could have gotten advice for burying Steve’s body, she gets it from the psychopath in making next door. Shandy had proved to be of great service when she gave over the car part that she had stolen from the site of Ted’s accident. It was a little grim of her to do that, not to forget that she hid evidence and hampered the investigation in the first place. However, her strange interests have certainly made her stand apart. Though Jen finds it disturbing that Shandy would know anything about burying a body, she doesn’t see any harm in acting upon her advice.

Dead to Me Season 2 Episode 4 Recap

While returning from the forest, where they buried Steve, Jen and Judy are pulled over by a cop. A parking ticket creates the paper trail that Jen wanted to avoid in the first place. They stop at a hotel where they come across, Jeff, Jen’s neighbor Karen’s husband. It looks like he has secrets of his own.

Not having had the opportunity to properly say goodbye to Steve nags at Judy, and Jen decides they get drunk and toast for him. The next day, they return home to find out that Henry’s bird has died. The blame goes on Christopher’s dog, Adele, but there is a different story behind it. They arrange a burial for the bird, where Judy gets to say the goodbye that she wanted to for Steve. Meanwhile, Charlie tries to persuade Jen to get him a car, the search for which leads to an unexpected find.

Dead to Me Season 2 Episode 4 Review

While trying to console Judy, Jen says that she doesn’t know what to do here because Judy is the nice one, and she is the shitty one. It is quite an accurate portrayal of the balance in the dynamic between the two of them. From the time they first met, Jen had always tried to keep Judy at a distance, but the latter’s niceness broke down those walls, and they became each other’s confidants.

The nice Judy had shared a similar relationship with the not so nice Steve. His good looks weren’t the only thing that drew her to him, and as she talks about all the lovely things that he had done for her, it seems like he and Jen shared a lot of similar traits, even if they didn’t really like each other. This also breaks our hearts all the more for her Judy because we know what’s on the horizon. By the end of this season, Judy is going to go through another heartbreak.

In ‘Between You and Me’, the show emphasizes the delicate nature of the secret between Judy and Jen. As they get drunk, you wonder if Jen will drink too much and spill out something that she would think twice before saying while she is sober. Mistakes will be made in the coming episodes, and the mere knowledge of that is what keeps you on guard about the interactions between the women. But these are not the only kind of slip-ups that can be dangerous for them.

There are still a lot of things that can be traced back to them. The cops can easily connect the dots once that happens, and that’ll be the end of it. But the worse possibility for Jen lies beyond that. She is worried about the cops finding out and throwing her in prison. She knows that she will have to come clean to Judy one way or another, just like she had done in the previous season. But the worst thing will happen when her children come to know about it all. They still don’t know about Ted and Judy’s thing. Add to that the fact that their mother is a murderer as well; there will be no forgiving or clawing her way out of this situation. And considering everything, it looks like Jen is playing it pretty close to the chest.

Read More: Where is Dead to Me Filmed?