When Does Deadliest Catch Season 16 Release? 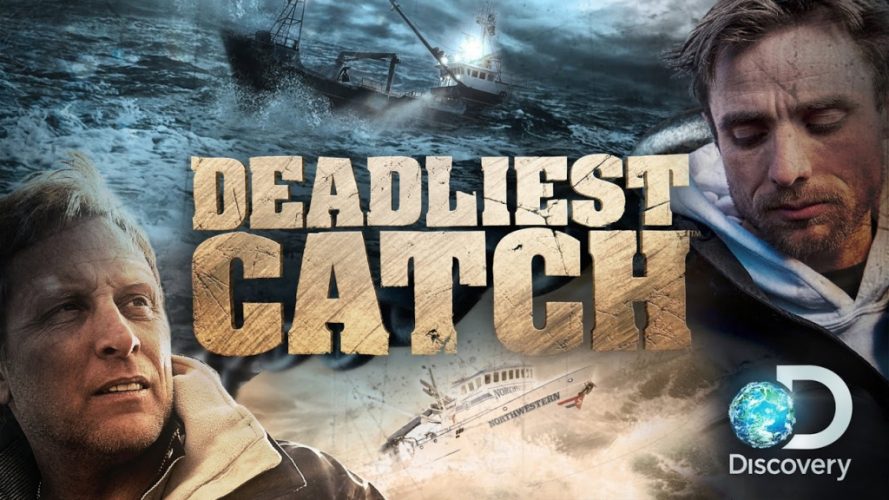 ‘Deadliest Catch’ is an American adventure- reality tv series that airs on the Discovery Channel. It first premiered on April 12, 2005 and centres around real-life thrilling adventures at sea. The Alaskan crab fishermen take the viewers to the middle of ocean where they catch various species of crabs. How do they do it? They film their adventures, experiences, discomfiture, uncertainty, and deadly dangers while they travel with fishing vessels into the ocean.

‘Deadliest Catch’ is the more popular of the fishing shows on Discovery, the other being ‘Swords’ which documents the lives of New England fishermen who are into longline fishing as they attempt to reel in swordfish. If the open seas have called out to you and if you enjoy the entire thrill of baiting and catching your fish hook line and sinker, then ‘Deadliest Catch’ will fill your heart as the wind should fill the sails of your fishing boat.

Deadliest Catch Season 16 Release Date: When will it premiere?

Deadliest Catch Cast: Who is in it?

With addition of new cast members, in the form of captains, every year, things keep getting volatile and interesting every year.

Deadliest Catch Plot: What is it about?

‘Deadliest Catch’ is centered around the lives of fishermen at the Bering Sea. The show focuses on life on the fishing boats over two crab seasons, namely, the king crab season in October and the snow crab season in January. The series brings into limelight the adventure and dangers that accompanies crab fishing. We see the crab fishermen maneuver hundreds of pounds of the captured crabs across the deck, as they face the dangers rough waters and howling winds. The Bering Sea especially proves to be a potentially lethal fishing ground since it has some of the coldest and stormiest waters on earth, and even the slightest miscalculation from these fishermen could be catastrophic as the nearest port is hundreds of miles away most of the time.

The episodes themselves feature stories of what goes on in the boats during the fishing expeditions. The story specifically focuses on the ‘greenhorns’ or rookies, to gauge how they react to the stressful environment. The captains of the boats also get featured prominently, as the show goes into the activities of the crew members to highlight how teamwork and camaraderie form the backbone of ‘Deadliest Catch’.

For those who don’t know. Alaskan crab fishing is considered to be one of the most dangerous jobs in the world, and ‘Deadliest Catch’ has shown numerous instances where the US Coast Guard had to intervene to help out a vessel and its crew when they were in distress.

There is absolutely no space for ineptitude and second-guessing on the vessels as the Captain’s word is taken as gospel. ‘Deadliest Catch’ has shown us numerous times that insubordination will get you fired and the greenhorns have often been seen to bear the brunt of bullying and unfair treatment at the hands of veterans. However, when push comes to shove, the crews of the vessels stick together, since the real competition is with other vessels, and the real enemy is the environment.

Hopefully, the next season will continue in a similar fashion, and will take us to more incredible journeys into the middle of the ocean. see the action get heated up as the new captain comes with the knowledge of a potentially great catch.