Is Deadly Double Cross Based on a True Story? 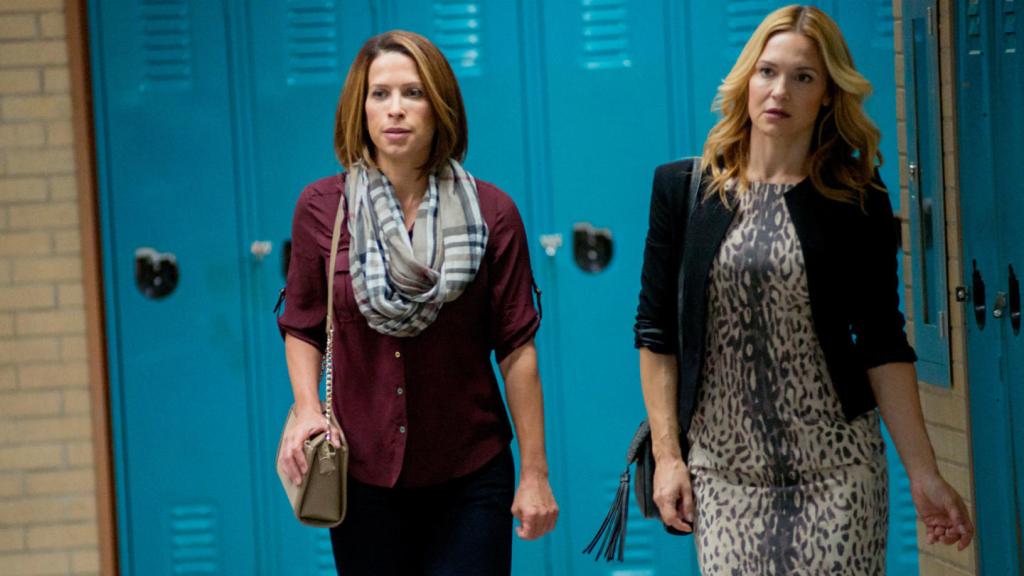 Lifetime channel’s made-for-TV movie ‘Deadly Double Cross’ (previously titled ‘Precious Things’) stars Canadian actors Victoria Pratt, Christina Cox, Sarah Fisher, and Hannah Vandenbygaart in the main roles. It is directed by Maxwell McGuire and written by Daniel Weissenberger. The movie ‘Deadly Double Cross’ tells the story of a mother’s fight to prove the innocence of her teen daughter who has been charged with a man’s murder.

What is Deadly Double Cross About?

‘Deadly Double Cross’ is about four main characters – “cool mom” Lisa and her daughter Amber and strict, overbearing mom Heather and her daughter Kelly. Lisa and Heather have been long-time BFFs and their daughters Amber and Kelly are best friends as well. Things start to fall apart for the friends when the teen girls find out that their boyfriend is the same older man.

Amber and Kelly are both dating Alex, a player of an older guy who hasn’t told either girl that he’s not exclusive. When the girls find out, they decide to stop seeing Alex as he is not worth ruining their years-long friendship over. Only that doesn’t happen, because Kelly keeps secretly dating Alex. Understandably, Amber gets super upset when she finds out. What happens next is that Alex takes a serious fall down a concrete staircase and dies. The police place Amber at the crime scene because her phone’s GPS proves that she’d snuck out that night to go see Alex and also texted him incriminating things like “I hate you” and “Go Die” (or something along those lines).

Amber spends the rest of the movie locked up for murder, as her mother Lisa plays detective to try and prove her daughter’s innocence, not caring if she puts herself in danger while poking around the truth. Is the story of Amber and Lisa as shown in ‘Deadly Double Cross’ true? Let’s find out.

Is Deadly Double Cross Based on a True Story?

The film’s plot leads up to a twist that most viewers would be able to predict long before the climax. Neither of the teen girls – Amber or Kelly – is the killer. The killer’s identity is not a real shock to the audiences but it is to Lisa, who just has to gather enough evidence to be able to get Amber’s charges dropped. However, getting evidence proves to be tough, especially when the real killer is not ready to lose everything in life.

We looked into all the details of this film but could not find an actual real-life story connected to the plot of ‘Deadly Double Cross’. The makers of ‘Deadly Double Cross’ have also not claimed that the story of Lisa and Amber is inspired by any true events. So our conclusion is that this movie is not based on a true story. Having said that, murders happen all the time (sad truth), and most commonly the killer is a romantic partner and it is also not uncommon for the killer to try to frame someone else for their crime. So there could be a vague possibility that the writers of ‘Deadly Double Cross’ took inspiration from such crimes of passion while writing the script of this movie.

Read More: Is Lifetime’s Secrets in the Woods Based on a True Story?