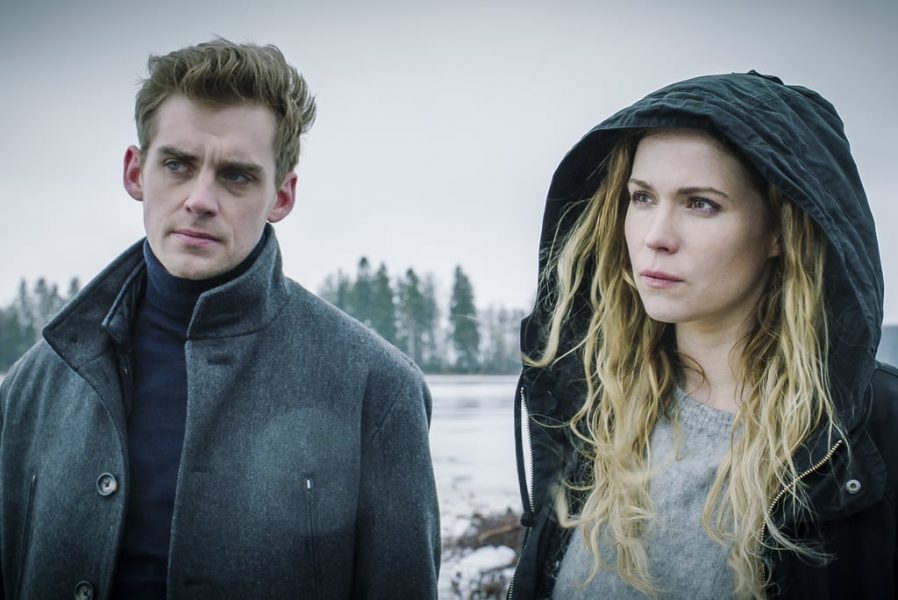 ‘Deadwind’, originally called ‘Karppi’, is a Finnish crime drama that airs on Yle TV2 in Finland. The series first premiered on March 14, 2018, before it became available for international streaming on Netflix on August 23, 2018. The Nordic noir is centered around Sofia Karppi, a Finnish female police detective who has been recently widowed in her 30s and has two children to take care of. She returns to her job in Helinski and soon catches the case of the murder of a social affairs consultant. The series has been created by Rike Jokela, Jari Olavi Rantala, and Kirsi Porkka. Jokela also serves as the director.

Nordic noirs are known for their grim overtones and the habit of exposing the worst in human society while linking it with the desolate landscape of the Nordic countries. While ‘Deadwind’ has been compared to other shows like the Danish series, ‘The Killing‘ and the Danish-Swedish show, ‘The Bridge’, critics have praised it for its realistic grimness which is a trademark of the genre. However, they also pointed out that the series offers a straightforward satisfaction in watching smart professionals go about their job and bring some sort of order into a chaotic world by solving one case at a time. Fans of the genre will know how it tends to reflect the wildness and chaos of the environment in the crimes that take place and the society that exists in these places. It is bound to appeal to the niche audience who cannot wait to sink their teeth into the dark and juicy content that this genre offers up.

Deadwind Cast: Who is in it?

Since the cast of ‘Deadwind’ mostly has Finnish actors there is a good chance that you will not recognize them unless you follow the Finnish entertainment industry.

The cast of the murder thriller is led by Pihla Viitala who plays Sofia Karppi (the detective) and Lauri Tilkanen who plays Sakari Nurmi, a rookie detective who has been transferred from financial crime to homicide and is Karppi’s partner. other cast members include Jani Volanen, who plays the role of Usko Bergdahl, the husband of the murdered victim who appears to be rather confused by the incident, and Pamela Tola, who plays Anna Bergdahl, the victim who has been murdered.

Deadwind Plot: What is it about?

‘Deadwind’ revolves around Sofia Karppi, a woman in her 30’s who returns to her job as a criminal detective in the Helsinki Police Department while taking care of two children after the tragic loss and death of her husband. A new rookie detective, Sakari Nurmi, has been transferred from the financial crimes department to serve as Karppi’s partner in a murder investigation. Their first case commences with a routine disappearance.

A woman’s clothing is found at a construction site that leads the detectives to the body of Anna Bergdahl, who is found buried with flowers in her hand. Her body is discovered at a shore belonging to Tempo, a wind power plant. Anna has been murdered and her husband, Usko Bergdahl, is flummoxed. The detectives begin investigating the murder of his wife only to find out that taking up the case will have devastating consequences as they begin to uncover the nature of Anna’s job and her link to Tempo and its crucial construction project. Will Sofia be able to get to the bottom of the case, or will she have her life destroyed again? The series turns really dark, very soon, and shows us just how depraved humans can be.

What stands out about the show is how it does not make the crime impersonal. Viewers are taken painstakingly through the legwork that is involved in building up the bigger picture on the show. However, this does not mean that the pacing of the show is slow. On the contrary, the character and setting-driven narrative make the storytelling addictive. Despite the depressing subject matter, it is like good pulp fiction, something which is a page-turner and viewers cannot stop watching it. It borrows some tropes from the best of crime shows and uses a singular murder to turn a bloody lens to examine society and its problems like corporate corruption and also scrutinizes the biases and anxieties that the crime solvers go through. The anxiety also seeps through and is found in the husband of the victim, who comes across as jittery and suggests that Anna might have had powerful enemies. This unravels the entire case as the detectives apply their expertise to try and get to the bottom of what had initially appeared to be a straightforward case.

In the upcoming season, we might see the detectives tying up some of the loose ends of Anna’s case, but in all likelihood, they will move on to another case, and their rapport, combining logic and assertive theories, is sure to crack whatever case they take on next.

Deadwind Season 2 Release Date: When will it premiere?

‘Deadwind’ Season 1 premiered in Finland on March 14, 2018, on Yle TV2 and on August 23, 2018, on Netflix. The good news for the fans is that ‘Deadwind’ Season 2 is currently being written and the shooting commenced in the spring of 2019. No exact date has been released yet but we are hopeful there will be one soon. One can hazard a guess that the show will air in Finland around March 2020, and arrive on Netflix by August 2020. However, do stay tuned for an official update on the release date.

While we wait for ‘Deadwind’ Season 2, check out the trailer for Season 1 below. If you have not seen the series and enjoy the darkness of Nordic noirs, then we recommend you watch it. On that note, you might also enjoy ‘Thirteen’, ‘The Forest’, and ‘Broadchurch‘, which share similar genre tropes and are also available on Netflix.