Review: ‘Death Wish’ Has Only Bruce Willis as Its Saving Grace 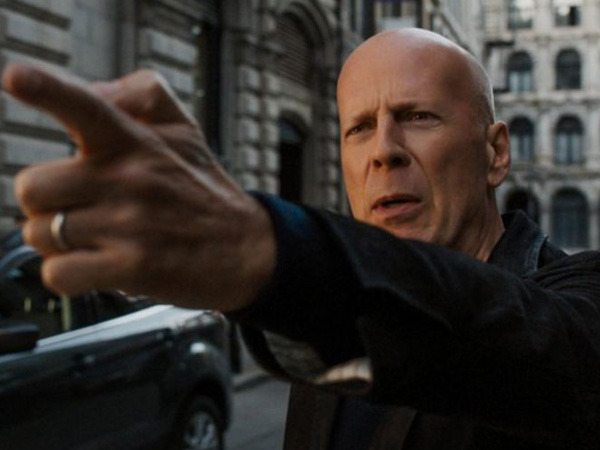 Far too often it is forgotten what a fine actor Bruce Willis has always been. Perhaps it is his massive ego that gets in the way, the off-screen romances, his cocky, chip on the shoulder attitude that has made him more than a few enemies in Hollywood, but the fact remains not only is he a movie star, the man is a fine actor. When Willis shaved his head, when he became bald onscreen he seemed to take on a nobility that had not been there before, but certainly was after.

When he is great, he is very good indeed, from the Die Hard (1988) franchise, In Country (1987), an under appreciated film about returning Viet Nam veterans directed by Norman Jewison, Pulp Fiction (1994), The Sixth Sense (1999), Unbreakable (2000), and so many other films, Willis has been a major star for nearly thirty years. How good is he? Good enough to make junk like Death Wish, a remake of the now classic seventies film of the same name, that one starring Charles Bronson. But remember, the seventies were a different time, when the average joe on the street did not trust any form of authority, not even the police so the vigilante film touched a nerve and found an audience.

The original Death Wish (1974) saved the failing career of Charles Bronson, allowing the aging actor a second shot at movie stardom in portray Paul Kersey, an average man who loses his wife to a murder and when the police seem to be doing nothing takes matter into his own hands. Bronson must have liked the role, he portrayed the part four other times in various sequels, each one worse than one previous. Yet in 1974 the film struck a chord with audiences due to timing, for the rasons previously outlined,  nothing else, it is not like the film was well made or terrific in any way.

Portraying a surgeon, Dr. Paul Kersey whose daughter is roughed up and wife murdered during a home invasion, Kersey is stunned the police are doing so little. Then it is our turn to be stunned when he turns crusader and vigilante, this educated man, and does better than the police in hitting the streets and trying to find the men responsible for his daughter being in the hospital and his wife dead. Will he find them? What do you think?

Along the way Kersey will dispense his own brands of justice, using that surgeons know how to bring pain to the bad guys, knowing exactly where to kit to hurt, exactly how far to take it without the person passing out.

Willis moves through the film with a dark intensity that makes the film watchable, though he is the saving grace of the movie. We feel the hurt in him when he realizes his wife has been murdered, we feel his sense of helplessness at not being able to do anything for his daughter, just as we feel his gathering rage at nothing be done. So when he takes to the streets to do justice, we are with him, we believe in him.

In every possible way the actor elevates the film, allowing it to be far better than it deserves to be because at its core Death Wish is a stupid movie. I suspect Willis knew this just as Jon Voight knew that Anaconda (1998) was a stupid movie, but still gave one of his finest performances. Willis does the same, burrowing deep into a character as deep as the paper it is written on and finding his humanity. Such a pleasant surprise in such a lousy movie.