Demetra Smith Murder: How Did She Die? Who Killed Her? 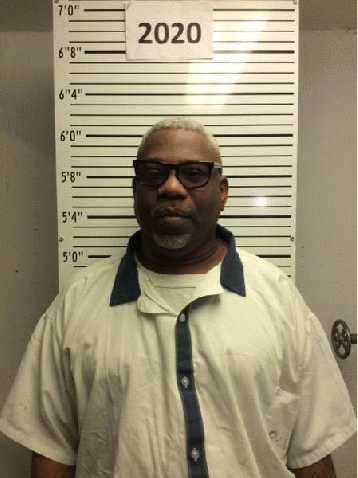 Investigation Discovery’s ‘Atlanta Justice’ investigates the dreadful murder of Demetra Smith in an episode titled ‘Ring of Truth.’ Demetra was found dead at her apartment in 2010, and her husband, Orlando, was nowhere to be seen. When the police started unfurling the case, one event at a time, they were led to Orlando by none other than his own daughter. If this case has earned your interest and you are looking to find out more about it, we have you covered.

How Did Demetra Smith Die?

When Demetra married Orlando Smith early in 2010, she hoped she was stepping into marital bliss. However, her aspirations came to an end a mere three months later. According to reports, on May 24, 2010, Demetra was last seen with her husband in the evening at their shared apartment in the 1900 block of Delowe Drive. In the early hours of the morning on May 25, 2010, law enforcement officials responded to a home security alarm that directed them to the Smiths’ apartment.

The officers dispatched to the scene spotted no signs of a forced entry. Later in the morning of the same day, Demetra Smith’s husband, Orlando Smith, came back to the apartment with his daughter. They came across an unresponsive Demetra as soon as they entered, following which Orlando informed the police. Upon entering the apartment, the officials discovered Demetra lying face down in her bed, a fatal gunshot wound at the back of her head. Statements issued by Fulton County District Attorney Paul Howard’s office also mentioned that at the time of her death, Demetra’s hands were tied, and a sock had been stuffed in her mouth.

An insight into the ballistics revealed that Demetra had been shot from a close distance with either a Beretta or a Taurus pistol. Even though Demetra was in possession of a .40 caliber Taurus pistol, the police were unsuccessful in locating the murder weapon within the apartment. However, they did find two wedding rings covered in blood on the kitchen sink next to a washed rug, which also seemed to have been bathed in blood.

Orlando’s initial statements suggested that he had been with his daughter since 5:00 p.m. on May 24, before returning to the Smiths’ shared home. Orlando’s daughter also corroborated the claim initially. However, the daughter eventually gave in under further questioning and revealed that she had been lying about her father’s whereabouts on the day of Demetra’s murder.

Demetra Smith’s husband, Orlando Smith, killed her. Soon after conforming to her father’s statements regarding his whereabouts on the day of Demetra’s death, Orlando’s daughter switched up the story. She disclosed to the police that her father did visit her, but it wasn’t on the evening of May 24, 2010, as he had claimed. He knocked at the door of the teenager’s house at around 2 in the morning of May 25, 2010. Phone records shown at the trial proved Orlando’s presence near or at his apartment at the time he had claimed he was at his daughter’s house.

After he arrived at his daughter’s home, he took a shower, changed his clothes, and overall had a nervous disposition, his daughter told the police. He also requested his daughter to tell people he had been with her since 5:00 p.m. the previous day. The daughter further told the police about the bag Orlando had discarded on their way to the Smiths’ apartment, and then she also led the authorities to the bag. The contents discovered by the police comprised the clothing the daughter said her father was wearing when he visited her house.

An inspection of the cloth showed the presence of gun powder and Demetra’s DNA. The evidence was deemed to be sufficiently incriminating. Orlando was convicted on charges of felony murder, possession of a firearm while committing a felony, and possession of a firearm by a convicted felon. He was thereby sentenced to life in prison plus five years consecutive for both weapons charges in a Fulton County courtroom in October 2011.