10 Best Movies of Diane Keaton You Must See 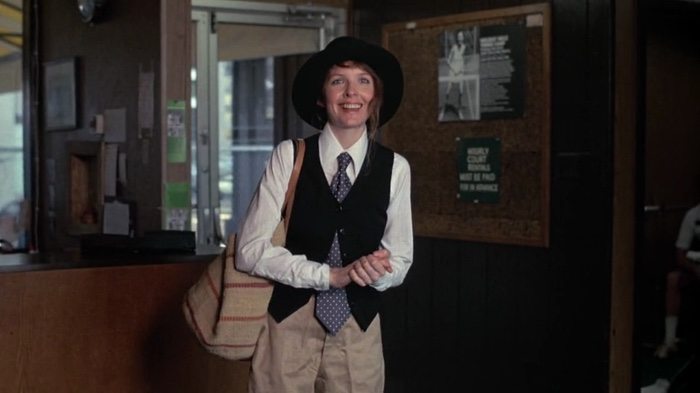 She has been described as flaky, kook, but with a strong script in her hand she is anything but. Intelligent, sharp, she slips on characters like a well fitting glove, bringing them to life, film after film. Though she became known for her work in the films of Woody Allen, her performances as Kay in ‘The Godfather’ (1972) and ‘The Godfather Part II’ (1974) really placed her in the public eye.

Working with Woody Allen, she became an interesting and unique comic talent, breaking through in Play It Again, Sam (1972) and the under appreciated Love and Death (1975).  In 1977 she won the Academy Award for Annie Hall, but could have, and perhaps should have won as the promiscuous school teacher in Looking for Mr. Goodbar for director Richard Brooks. Allen had the courage to direct, write and act with Keaton in Annie Hall (1977), a film about their own relationship and the breakdown of it. She was remarkable in the film, funny, acerbic, a woman growing before our eyes.

From that point in her career she became one of the most revered and sought after actresses in movies. Interiors (1978) and the sublime Manhattan (1979) came next, both great films directed and written by Woody Allen. Warren Beatty cast her as Louise Bryant in his epic Reds (1981) for which she received some of the best reviews of her career. For her stunning performance in Shoot the Moon (1982) as a woman struggling with her husband leaving her for a younger woman. For me it remains her finest performance in a career filled with brilliant work. How she was not nominated for this remarkable work remains one of the great snubs in Academy recent history. Her work through the eighties and nineties simply furthered her reputation as one of the cinemas’ finest actresses. She consistently has challenged herself, even stepping behind the camera as director! Here is the list of top 10 Diane Keaton movies. 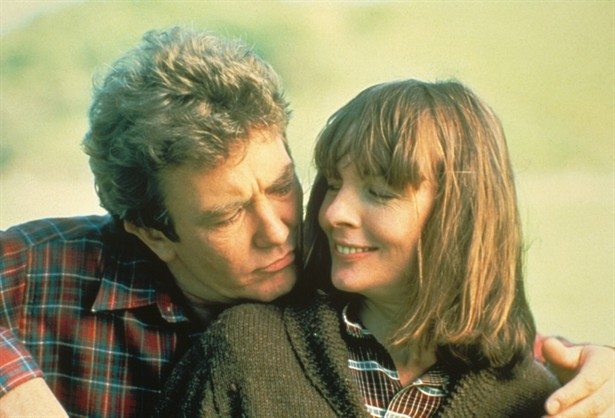 As Faith, Keaton gives the finest performance of her career, capturing the angst, hurt and pain of being left for a younger woman. Seemingly happily married to George, a famous writer, she is content to raise her rambunctious kids. Left reeling with rage when he leaves, she slowly begins to pick up the pieces of her life and rebuild without George. Her sadness leaves us aching with her, her pain becomes our pain, with her we rage at George for what he has done to her, to their family. Far too often considered a comedic actress, Keaton has proven time and time again she is among the most formidable dramatic talents in movies. This is her greatest, and the Academy missed it, in every single category, though missing Keaton was their greatest crime. 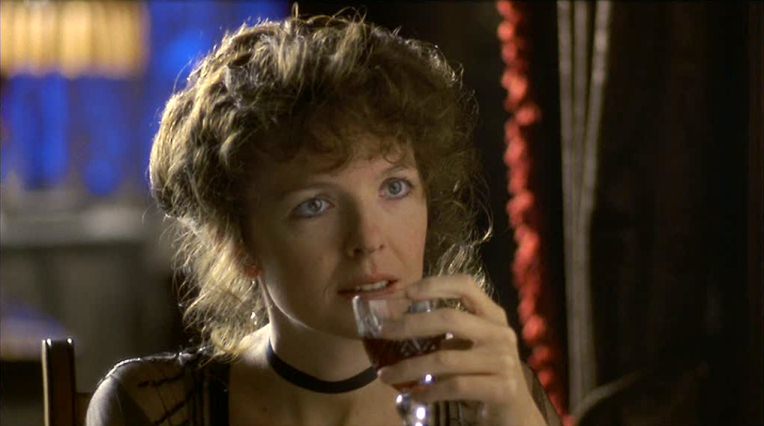 Warren Beatty acted in, directed, produced and wrote this ambitious epic about the revolution in Russia as covered by John Reed and his wife Louise Bryant (Keaton). Each is a progressive writer with strong communist beliefs and ties, making them enemies of the government. Keaton is sublime as Bryant, an intellectual struggling to keep up with her husband’s political beliefs, eventually understanding the fervent chase of history as it happens. Crackling with rebellious intellect, she wants to learn, to grow as a person, and quickly earned a fearsome reputation among the Greenwich Village intellectuals, who initially saw Bryant as Reeds latest girl. A spiky, sometimes difficult character, she learns fast to keep up in the man’s world of journalism. It is a blazing, brilliant performance that anchors the massive picture, beautifully directed by Beatty. 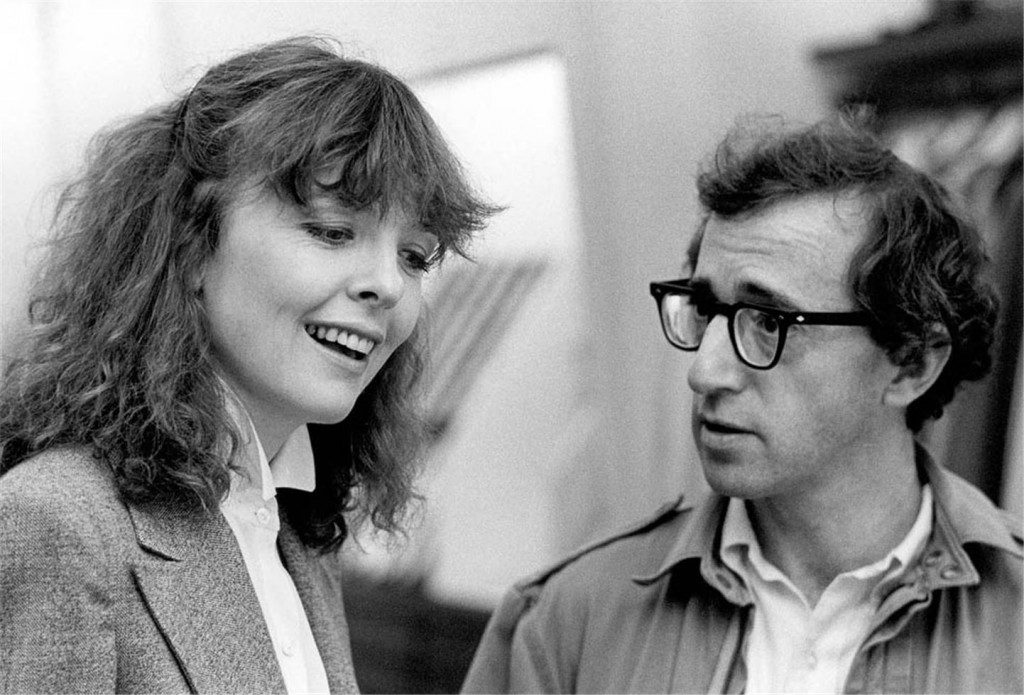 In her portrayal of frosty, academic Mary, she again gave a Woody Allen its heart and soul. Having an affair with an unavailable married man, Mary finds herself drawn to Allen’s Issac, a writer himself having an affair with a seventeen year old high school girl. Mary becomes involved with Issac, but is still far too attached to her previous lover, too academic, pretentious and neurotic to really be with anyone. She seems unable to enjoy life, one wonders how she would ever enjoy love making instead trying to analyze it. It is a gutsy performance because Mary is not a likable character, but Keaton finds her soul. 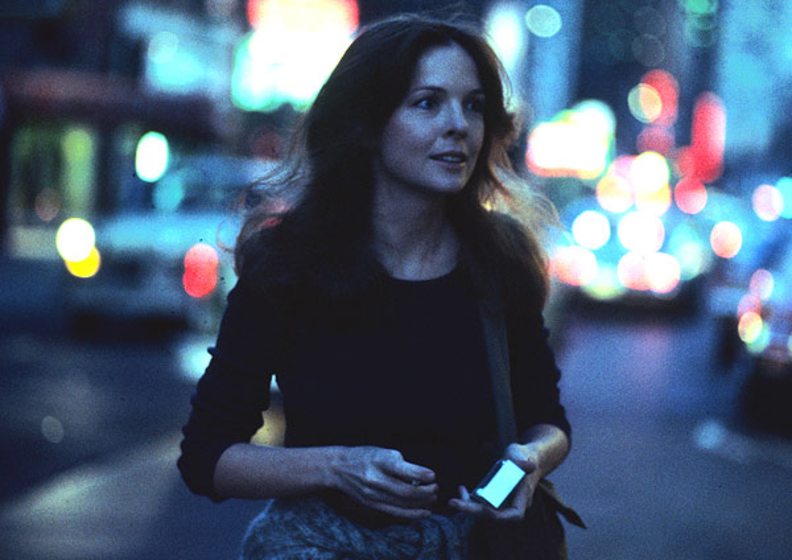 The actress gave two sensational performances in 1977, winning the Academy Award as Best Actress for Annie Hall (1977). I believe, and always have that her dark, troubling performance in Looking for Mr. Goodbar was the greater performance. As Teresa, a teacher of deaf six year olds, she leads a dangerous double life, cruising bars, picking up strange men, taking them home and making love with them, there love is not involved. With no self worth, Teresa wants to be wanted but goes about it all wrong, giving herself to anyone who wants her. She is in her own way, a sex addict. Keaton is stunning in the film, bringing to the screen a broken woman who in trying to heal herself, seals her own doom.

Her signature role, her Oscar winning performance the character audiences think of at once when the name Diane Keaton comes up. The “la di dah” girl, with Grammy Hall back home and a strange death obsessed brother. She falls in love with Ally (Woody Allen) and grows as a person, eventually leaving him. But she misses him, and they get back together, only to Part again as she grows past him. Incredibly they remain friends, good friends, mirroring the real life relationship between Allen and Keaton. The film was a grave romantic comedy that broke conventions for the genre, adding a fourth rule, one that made the film bittersweet, when Annie leaves Alvy for good, each better for knowing each other. 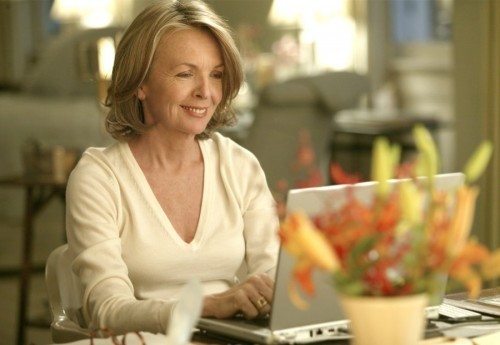 A dazzling comedic performance, Oscar nominated, Keaton is magnificent in the film, giving a towering performance aawell established playwright who falls hard for a serial womanizer known for his appetite of younger women. She and Jack Nicholson have a lovely chemistry together throughout the film as love blossoms, then fails, leaving her to write a scathing play about their time together. Knowing he has let the best Woman he has ever met get away, he pursues, and as with all great romantic comedies, we have a happy ending. Keaton dominates the film in every way. Her mid film crying jag is comedy incarnate. 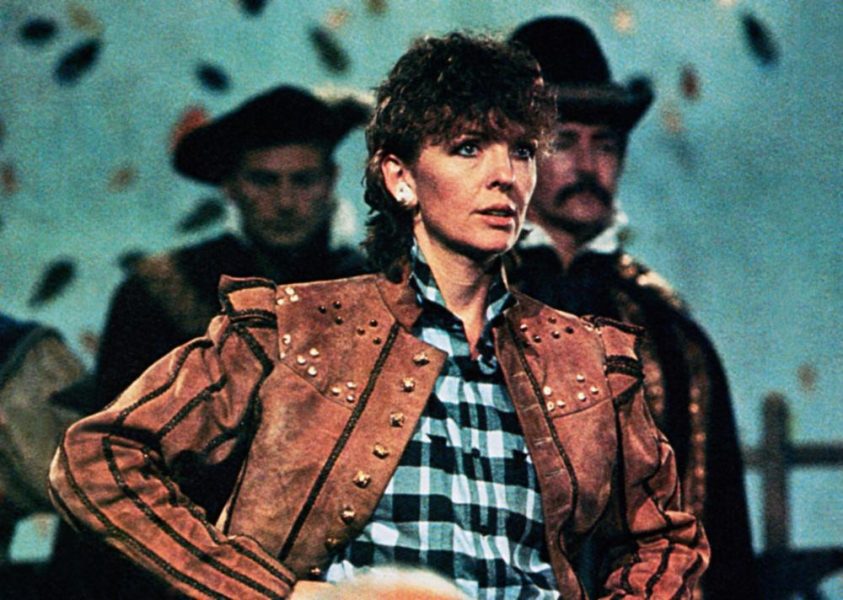 In portraying an actress with fierce political beliefs, she is kidnapped to be used by a Middle Eastern group to help fight their cause. I had always hoped the film would be grittier, more down and dirty than it was, free of the Hollywood sheen, but sadly the movie fails the actress. Keaton is geared up to do exceptional work as a woman given the chance to fight for what she believes to be right. The movie never rises to her work, which is substantial. 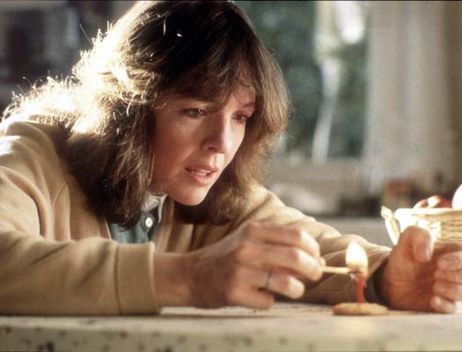 As the most grounded of a group of sisters who rally around their sister when she shoots her husband, Keaton holds the film together beautifully. Though she makes clear her lack of understanding as to why her baby sister was having an affair with a very young black man, her hubby found out so she shot him because in her words “I was having a bad day”. She understands why she shot him, just not everything else. Keaton has the least showy role of the three, but let’s Sissy Spacek and Jessica Lange shine. 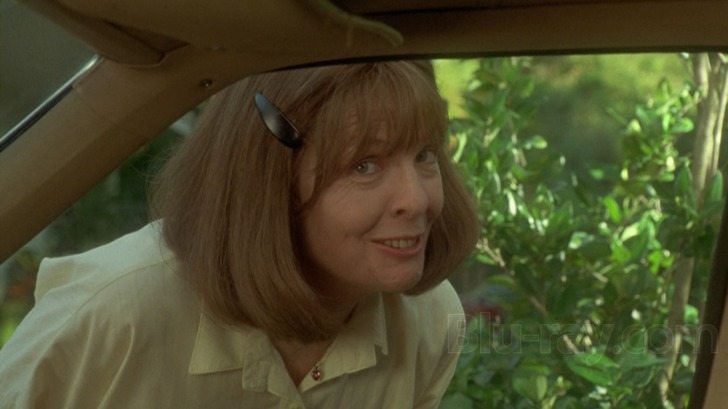 As the care giver of their father, who suffered a stroke twenty years before, Keaton is superb as a middle aged woman who is told she has leukemia. Stunned by the prognosis, reeling in shock, she calls her free spirited sister for help and instead gets her son, fresh from a mental hospital. Having not ever asked for help, or had a life of her own, she demands it this time, and becomes the glue bringing the estranged family together, forging something real and strong. Filled with great actors, Meryl Streep as her sister, Leonardo DiCaprio as her nephew, Robert De Niro as the Doctor, it was Keaton who stole the film and grabbed an Oscar nomination. 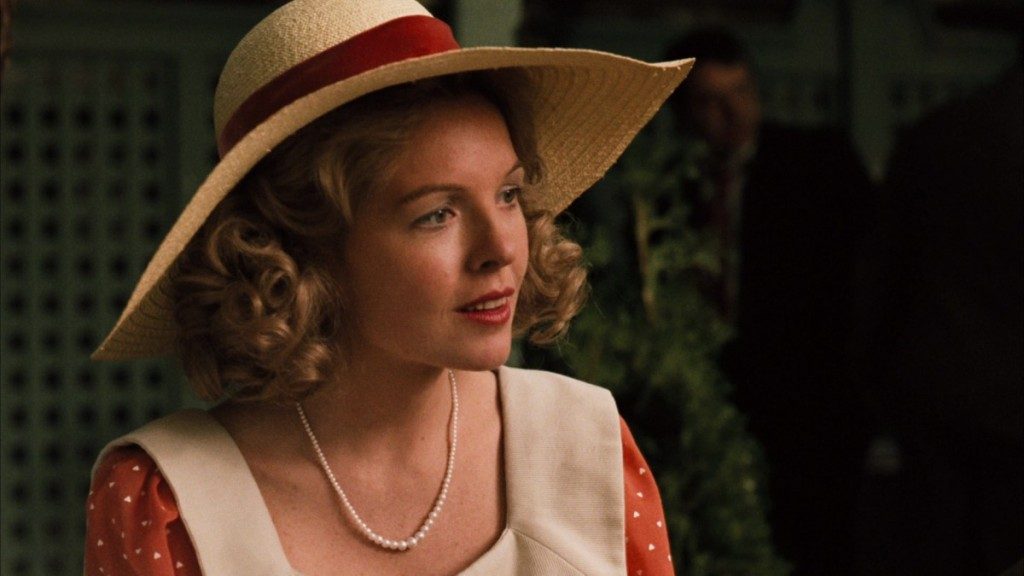 As Kay Adams, the WASP who falls in love with a Mafia leaders son, and marries him. In her gut she knows he has become his father, she reads the papers, she is aware he has ordered the murders of men, yet we understand why she loves him. She knew him when he was not involved in the family business, she shared dreams with him, remembers the idealistic young man he was. We watch Kay over two extraordinary films, lose absolute faith in her husband and leave him, forever altering her life. In films filled with great male performances, Keaton jumps out with a superb arc. The pain on her face when Michael closes the door on her at the end of Part II is heartbreaking.